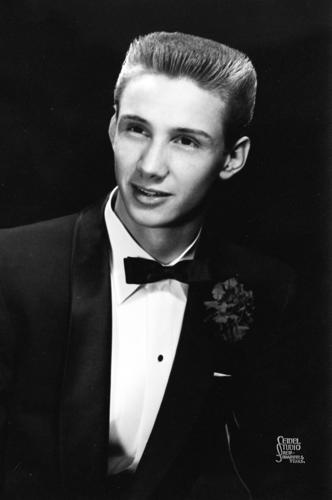 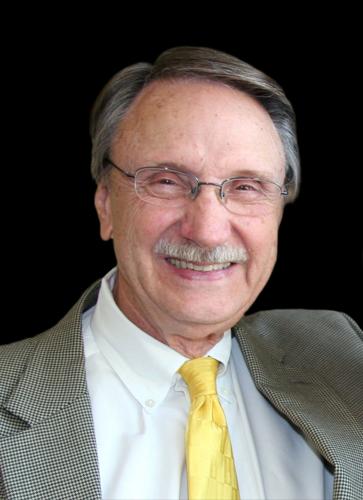 Fred was born October 21, 1936, in New Braunfels, TX, to Walter Jacob Kappel of Clinton, MA, and Elenora Ida Ottilie Fischer Kappel of Sequin, TX. As the oldest of three boys, he spent his formative years in New Braunfels and Seguin, with stints in the Azalea Gardens neighborhood of Jefferson Parish in New Orleans, LA, as well as Clinton, MA, outside Boston.

While growing up in New Braunfels he worked as a lifeguard in Landa Park, at the Brauntex Theatre, and on his grandparents’ farm near Seguin. Fred graduated from New Braunfels High School in 1955 where he played football, was a Stables Representative, a Spider Beau, and was King of Hearts; he was also a member of the First United Methodist Church.

He went on to attend the Agricultural and Mechanical College of Texas (Texas A&M University), where he earned a B.S. in Civil Engineering and was a proud member of the Corps of Cadets Class of 1959, “B” Field Artillery, and the Ross Volunteers. Fred was a true Aggie and treasured his “Aggie buddies”.

After graduation, he was commissioned as an officer in the Army, serving in South Korea in the 7th Infantry Division and at Fort Hood in the 2nd Armored Division (“Hell on Wheels”) as the “B” Battery Executive Officer, 1-14th Field Artillery. Following active duty he continued to serve in the Army Reserve for several years. His military experience reinforced how he valued the principles of freedom and liberty. Following the Army, Fred began his civilian career in San Antonio, TX, working for the Texas Highway Department and Mason Hanger, setting him on the path as a Professional Engineer. He loved engineering, mentoring young engineers, and was active in many professional organizations. He moved to Houston in 1966 where he built his career at Universal Pole Bracket and CE-American Pole Structures, ultimately holding executive positions. Later he worked with Ratnala & Bahl, an engineering and architectural firm, where he put his old slide rule to good use until his retirement in 2019.

In San Antonio, he met his true love, Martha Ann Branard, and they married in 1965. They ultimately settled in The Woodlands, TX in 1977, where they raised three children. He was an attentive father and lifelong role model. As a deep-rooted Methodist, he attended the first organizational meeting in October 1977 for what would become The Woodlands Methodist Church. God put Fred’s gifts to work on several early building construction phases, as a Sunday School teacher, and on many boards and committees; he loved his church community and was a faithful member for over 40 years.

Fred loved being with his friends and family outdoors in God’s creation, whether that be in a pecan orchard on the banks of the Guadalupe River, the Hill Country, fishing at the coast, hunting, or cycling. He was passionate about A&M football and tailgating, and had a sweet tooth for pecan pie and ice cream. He and Martha Ann always enjoyed the dance floor when they attended weddings.

Known as “Paw Paw” to his grandchildren, he was a loving family man, devoted husband, and loyal friend. Fred remained positive and found joy even as his disease progressed. He remains an inspiration in spirit and his memory will live with us forever. We will especially remember him smiling with his eyes.

Fred was preceded in death by his wife, Martha Ann, and son, Lance. He is survived by his daughter-in-law Margaret Kappel (Lance), and children Jason Kappel (Stephanie), and Kandace Kappel; his grandchildren: Blake Kappel (Laura), Kelsey Kappel (Lori), Alicia Kappel Heidtke (Heath), Mallory and Tyler Kappel; and great-grandchildren: Owen, Kate, Charlie, Camille, and Lily. He is also survived by his brothers, Ray (Dee) and Dick (Mary) Kappel, many cousins, and extended relatives.

Thank you to his caregivers and nurses, the Houston Methodist ALS Clinic, The Woodlands Methodist Hospital, Paralyzed Veterans of America, and the Department of Veterans Affairs for unwavering care and support.

Donations can be made in his memory to:

Gift Designation: In memory of

Note: In memory of Fred Kappel