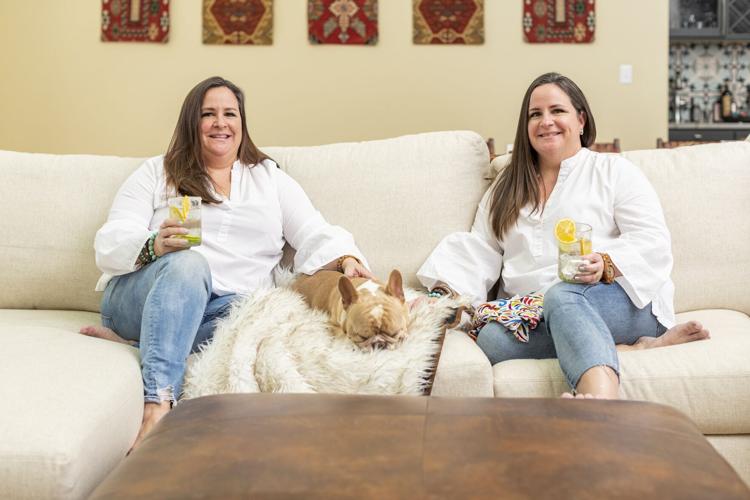 New Braunfels twins Allison Love and Jennifer Ritz just recently started their own vodka brand called Toddi Vodka. While the distillery is located in Granbury, their love for alcohol is still rooted in New Braunfels. 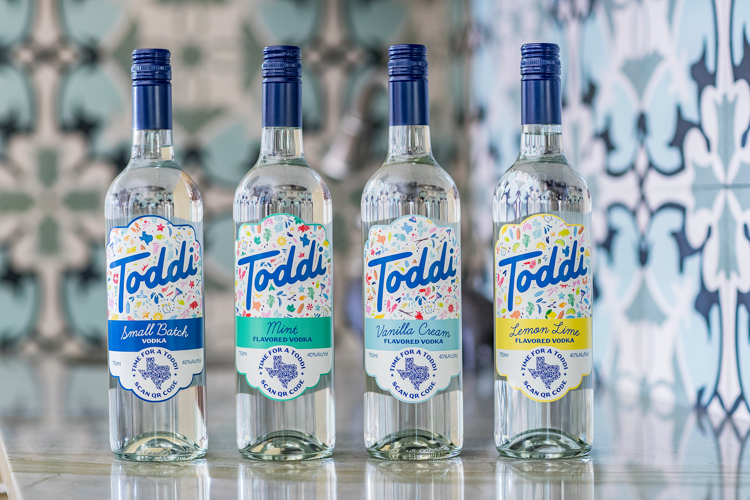 Twin sisters from New Braunfels have launched a vodka brand called Toddi. The pair launched the spirit in 2020 and are spreading its reach across the Lone Star State.

A pair from New Braunfels are stepping onto the vodka-making scene and attempting to shake up the industry one toddy break at a time, but they are more than just business partners — they are identical twin sisters with an affinity for fine drinking.

Sisters Allison Love and Jennifer Ritz are the brains behind Toddi Vodka — an up-and-coming Texas owned and operated adult beverage company that offers a line of spirits geared toward a primarily female clientele.

Everything from the fun pastel shapes on the bottle’s packaging to the refreshing flavors the brand makes is representative of the female owned and empowered enterprise looking to spread its unique spin on the popular spirit.

“(Our) idea was to have something that appealed more to women, because women (can be more) calorie conscious, and that’s why we did the labels like we do,” Love said. “We didn’t really make them for men because every other label on the planet Earth for liquor is male dominated … our target market is women because women have nothing marketed for them.”

While the vodka partners are fresh in the alcohol business, they have never been shy around boozy beverages, noting the culture around drinking in certain parts of Texas, like New Braunfels where indulging in craft beer while enjoying company and entertainment can be considered a way of life.

“New Braunfels absolutely was a huge part of shaping us into who we are and a lot of our personalities and our culture that we enjoy, which is one of having a good time,” Ritz said.

Love and Ritz have fond memories of growing up together in New Braunfels where every family gathering and social event was dotted with an adult beverage, and “toddy time” was the most anticipated time of day.

Every day when the clock struck 5 p.m. it was toddy time in the household the twins grew up in. Whether it was a mixed drink, a beer or a glass of wine, there was always a drink in someone’s hand at toddy time, which was so impressionable during their upbringing that the pair decided to name their company after it.

“You kind of get together and you visit out on the porch and you have your toddies — it was a thing,” Love said. “Now so many people (look at the brand and think) hot toddy. We’re like no, what? We live in Texas. No, it’s just your five o’clock drink.”

Wanting to share their love of toddy time to their native Texas, Love began the first steps toward the future business venture in 2019 by purchasing and opening a distillery with the help of her husband.

The next stop on their journey to adult beverage success — deciding what to produce.

Initially the sisters, who wanted an opportunity to work closely together on something meaningful, planned to use the location to create scotch, whiskey or bourbon, but given the latest ready-to-drink cocktail beverages, they shifted gears, eventually settling on a line of vodka spirits first.

The brand officially launched in 2020, and the vodka line hit select shelves in May with flavors such as lemon lime, mint and vanilla cream. The Granbury-based spirit company can be found at a number of liquor stores throughout the state, including Fort Worth and Austin.

However, the winners of two spirit competitions are looking to spread the brand’s reach to places a little closer to home then branch out to distribute to every corner of the state before expanding across the south.

Continuing on with their vision of bringing toddy time to the masses, the sisters are looking forward to revisiting their original plan and come out with a line of ready–to-drink cocktails.