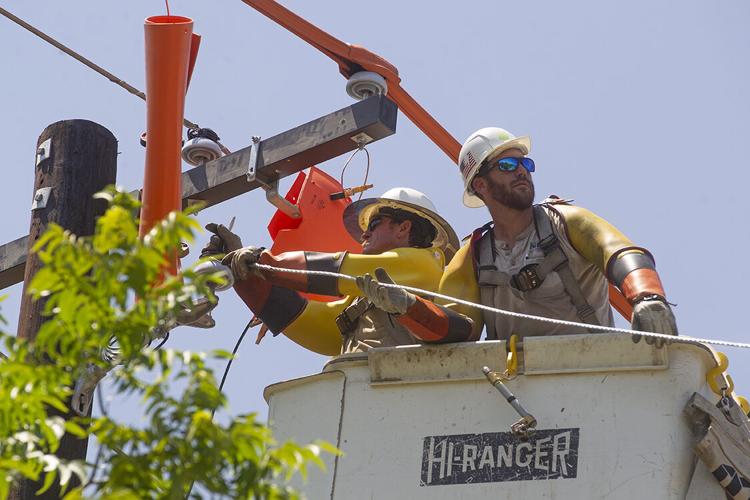 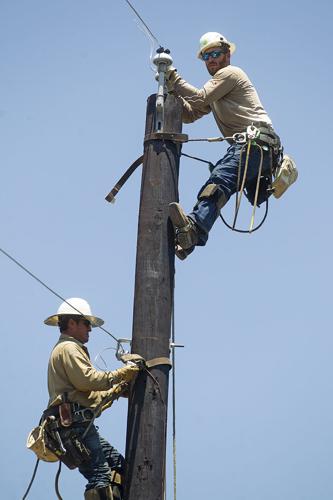 The Electric Reliability Council of Texas, also known as ERCOT, according to its Seasonal Assessment of Resource Adequacy report for summer 2022, expects peak demand to hit 77,317 megawatts, which would be a new system-wide record.

One megawatt of electricity can power about 200 homes during periods of peak demand.

In addition, ERCOT forecasts the summer capacity planning reserve margin at 22.8% or about 14,075 megawatts under normal conditions.

“The increased resource capacity varies by type with 48% generated from solar energy, 33% from private networks, and the remaining generation made up of wind and miscellaneous generation,” Crouch said. “We have seen an increase in resources in the ERCOT market.”

Crouch described those two scenarios as extreme situations with a low probability of occurring but resulting in a high impact on the grid.

“We have the largest reserve margin that we’ve seen in several years,” she said. “We’re above the target reserve margin (of 13.75%), but even that being said, there are extreme situations where we could go into rotating outages.”

“Right now, the National Weather Service is predicting a 58% chance of La Niña extending through the summer into October and a 61% chance of creeping into our winter again,” Cummings said.

That also means a more active hurricane season in the Atlantic.

“While we haven’t been hit head-on with a hurricane since 2010 or 2011 — Harvey clipped us but didn’t hit us head-on — this is another thing to keep in mind,” he said.

For the 2022 hurricane season, which started June 1, the National Oceanic and Atmospheric Administration’s Climate Prediction Center is forecasting a likely range of 14 to 21 named storms (winds of 39 mph or higher), of which six to 10 could become hurricanes (winds of 74 mph or higher), including three to six major hurricanes (category 3, 4 or 5; with winds of 111 mph or higher).

Cummings added that forecasters anticipate that drought conditions in south-central Texas will persist through the summer.

“We’re hoping that we get a little bit of rain or maybe a random tropical storm — we don’t necessarily need a hurricane — it’s not necessarily the rain that we’re worried about, it’s the wind that comes with these tropical waves,” he said. “If we can get some tropical moisture to come in, (the forecast) might be up in the air.”

The U.S. Drought Monitor map, produced through a partnership between the National Drought Mitigation Center at the University of Nebraska-Lincoln, the United States Department of Agriculture and NOAA, shows most of Comal and Guadalupe counties under severe drought conditions, with some parts of northern Comal County under extreme drought conditions.

A lack of rain would also affect the level of the Edwards Aquifer, which provides water to parts of Comal and Guadalupe counties. NBU water customers are under Stage 2 drought conditions.

David Hubbard, NBU’s chief administrative officer, said the cost of many items is rising and energy is no different.

Hubbard said natural gas produces 40% of America’s and 44% of ERCOT’s electricity. Natural gas prices have surged as U.S. producers have sent more fuel to Europe to reduce the reliance on Russian gas.

Natural gas is selling for about two to three times as much as it did two or three years ago when a glut sent prices tumbling.

Additionally, Hubbard said the price of coal, which accounts for about 20% of the nation’s and 12% of ERCOT’s electricity, has also gone up and supply chain chaos has made routine grid maintenance and upgrades more expensive.

Other drivers of increased energy costs, according to Hubbard, include increased volatility due to regulatory changes resulting from the February 2021 winter story, ERCOT managing the electric market more conservatively than in past years to ensure larger reserve margins and rising demand because of climate change.

Editor's note: This story have been updated with additional information from New Braunfels Utilities.

Michael: The Democratic proposals when it comes to electric vehicles, which I’m guessing you haven’t actually read, include improvements to infrastructure and the electrical grid to address those problems/shortfalls. The problem isn’t the Democrats’ proposals, it’s the Republican led Texas government that won’t accept Federal dollars if it means following Federal guidelines. So, the Texas electrical grid isn’t tied into the National grid, isn’t redundant, winterized or modernized, and struggles to meet daily load requirements. If you want another example, just look at the millions of Texans without adequate medical coverage because Greg Abbott wouldn’t accept funding for Medicaid Expansion because it came from that Communist Affordable Care Act the Democrats implemented, while he cut mental health funding for his border fiasco.

What happens to that assessment when our dear liberals add 22 million electric vehicles to the mix (just in Texas), as well as the millions of out-of-state transiters trying to get across the state? They don't consider the consequences of their actions, but those of us living in real life do!