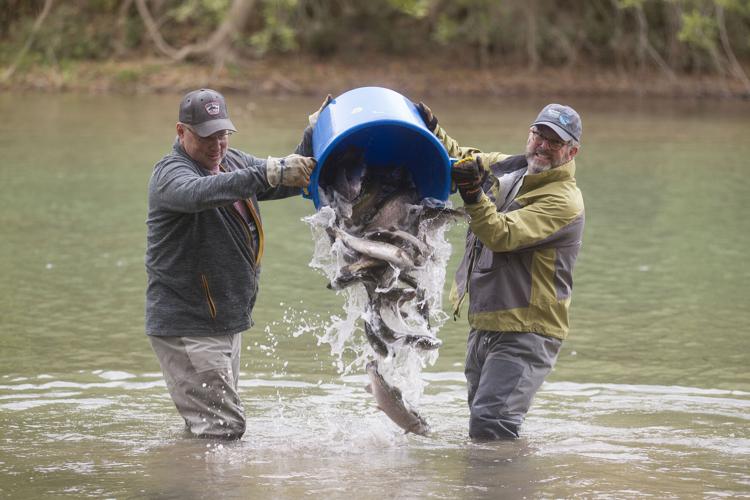 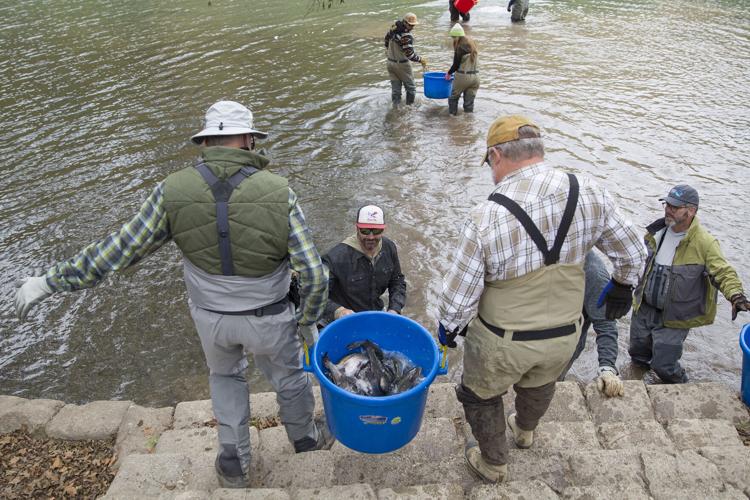 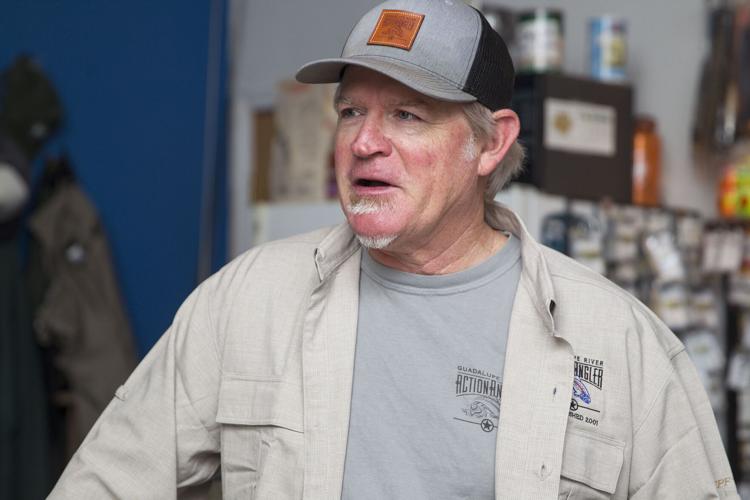 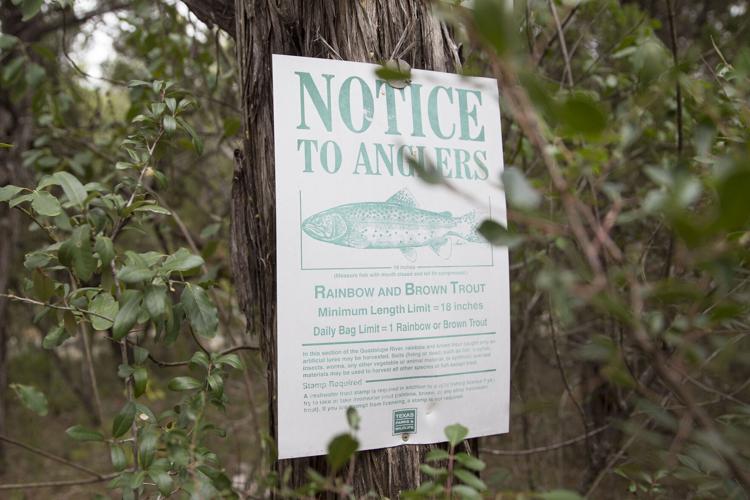 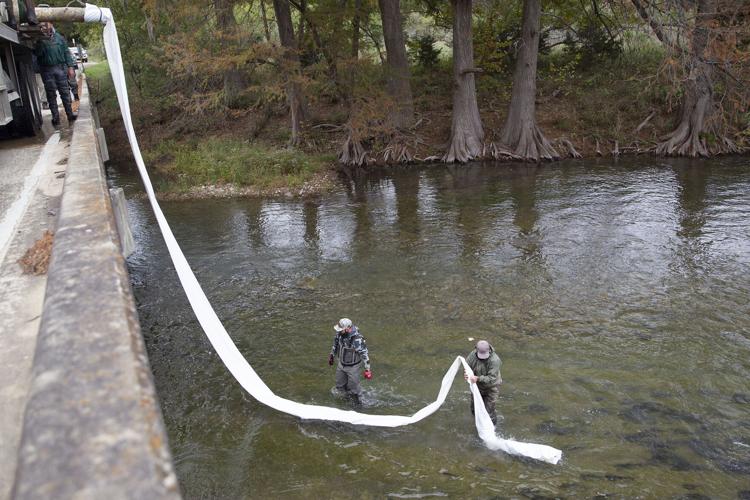 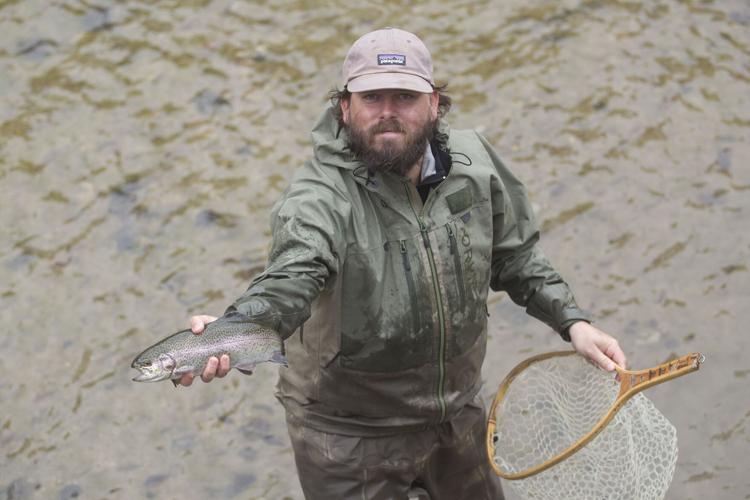 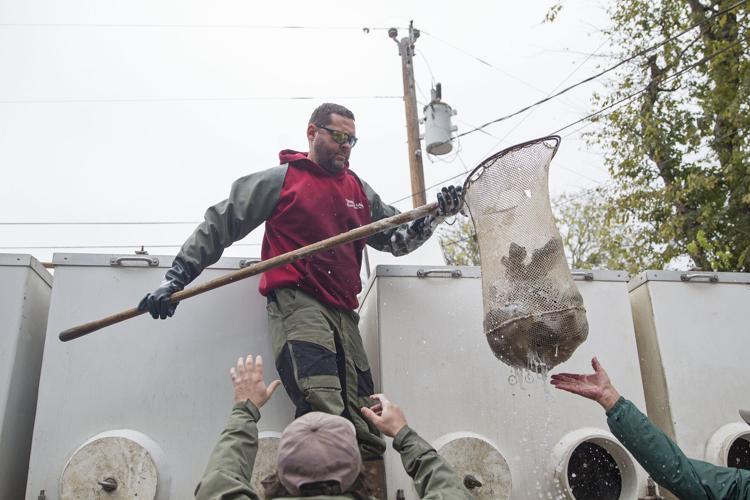 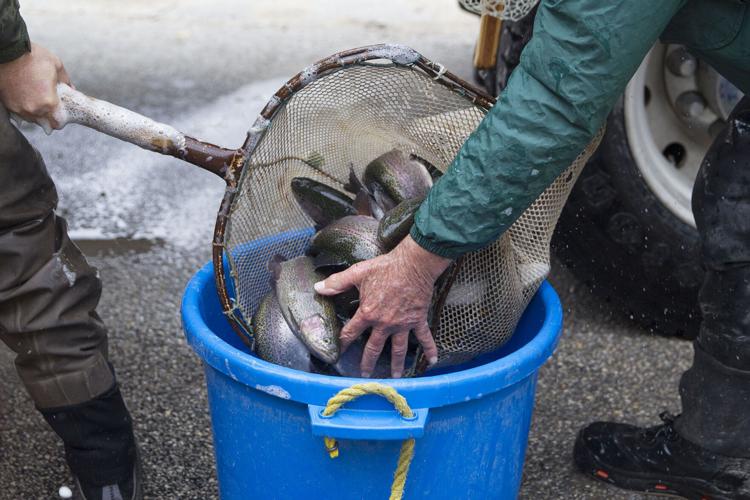 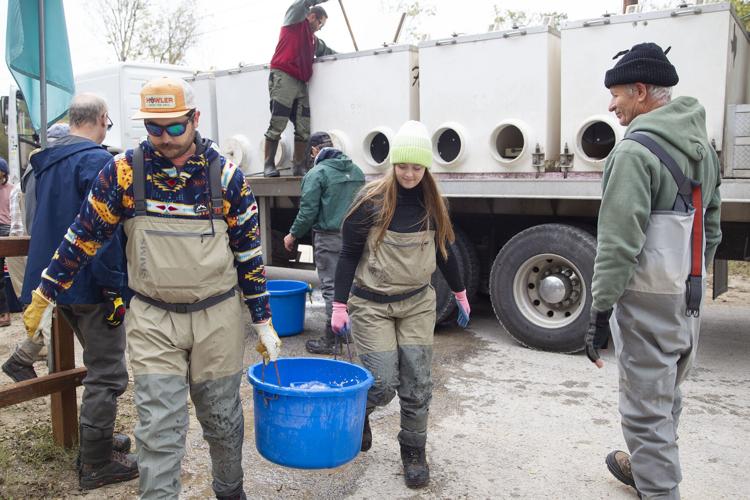 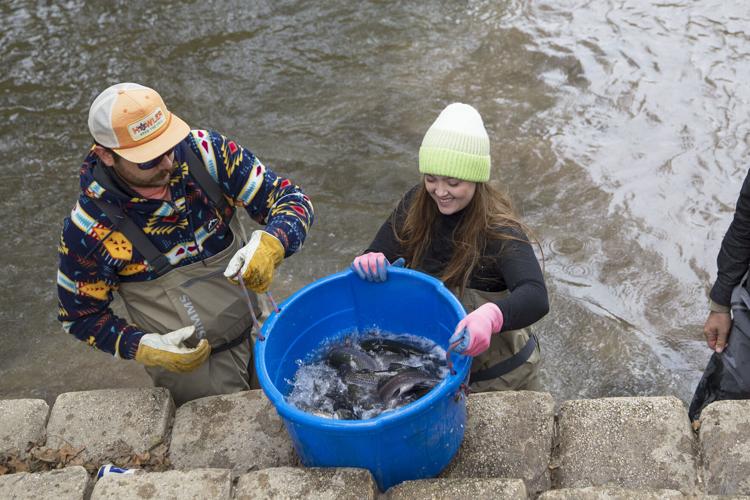 It’s a cold, drizzly morning on the Guadalupe River.

Volunteers suit up in waders and hoist five-gallon buckets to unload hundreds of colorful trout into the gently-flowing water.

Winter months are primetime for regional trout fishing, and local anglers and shops are eagerly preparing.

The past three years have seen more people taking up fly fishing on the Guadalupe, said Chris Jackson, who owns the Action Angler Fly Shop and Guide in New Braunfels.

“I always tell folks to keep it simple,” Jackson said. “Don’t try to do too much. What you see on TV won’t always work out on the river.”

The stocking project that started on Nov. 18 is a program of the Guadalupe River Trout Unlimited chapter.

Dan Cone, the chapter’s vice president of fisheries, said the group will stock trout until February.

“This is an economic driver that keeps businesses going during the winter,” Cone said. “For guides like myself, I wouldn’t be able to do this for a living if we didn’t have these fish.”

In total, four trucks each loaded with 4,000 pounds of fish will make the journey from a Missouri hatchery.

Volunteers direct the trout down a long tube from the truck tanks.

At another site, the crew unloads the fish in buckets and releases them into the river.

The fish make their entrance with a splash — a little disoriented after the trip to the Lone Star State.

“Within a couple days, they’ve settled in,” Cone said. “Trout are ravenous eaters, and we’ll see that here in a very short time.”

The chapter’s lease access program pays for the project.

Members have nearly 20 private sites where landowners have agreed to let them access the river.

Some businesses, including Action Angler, will also allow visitors to pay a day fee to park with river access.

“In Texas, the difficulty is getting on the water,” Cone said. “Once you get in the river, you’re on public land.”

Trout can suffer in warmer water, especially if they have to travel long distances for food.

But the fish need more help to survive the scorching Texas summers.

The local TU chapter feeds trout twice a week in the summer.

The program has helped support holdover trout — fish that survive into the next year.

“There has been some natural reproduction over the years, too,” Jackson said. “That was a nice find for us and the (state) biologists.”

Texas Parks and Wildlife will also begin stocking the Guadalupe River with rainbow trout in December.

The state agency expects to stock more than 20,000 fish before the end of February.

Parks and Wildlife will also stock Fischer Park Pond with about 900 trout in early December.

• Beginning 800 yards downstream from the Canyon Dam release gate and extending to the easternmost bridge on FM Road 306, there is a 12-to-18-inch slot limit. Daily bag limit is five trout, and only one can be 18 inches or longer.

• From the easternmost bridge on FM 306 downstream to the second bridge crossing on River Road, there is an 18-inch minimum size limit, and a one trout daily bag.

As locals and visitors flock to the water, fishing guides like Jackson are ready to help people land a catch.

“It could be another busy year on the river,” he said.