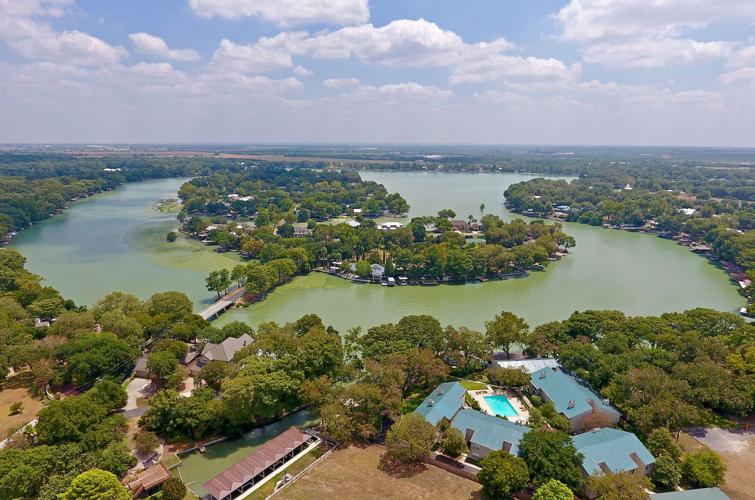 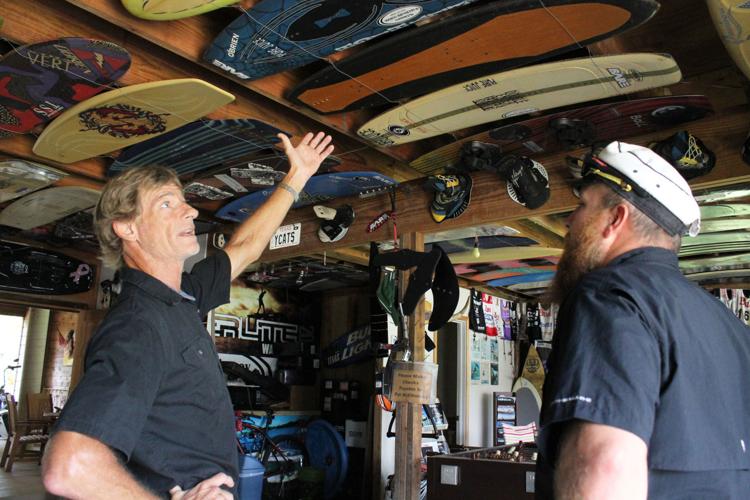 This is the final story in a five-part series that examines the draining of GBRA’s Guadalupe Valley lakes and what that means for the residents, businesses and surrounding communities.

The Guadalupe Blanco River Authority, which has been accused of selling out the people affected by its plan to open flood gates of four remaining dams in the Guadalupe Valley lakes system, is working to do what’s best for the community in the long run, said Charlie Hickman, GBRA executive manager of engineering.

Even though the income GBRA earns from the hydro-electric dams doesn’t warrant keeping them active, he said the authority has no plans of abandoning them, the lakes or the community.

“We’ve been spending three years and a lot of money on engineering firms,” he said. “We feel we’ve done our due diligence in coming up with the right recommendation for the future of the system.

“Whether or not the hydro continues, we’re, right now, spending money on engineering. That shows that we are committed to working together on the solution.”

The solution GBRA has come up with includes a plan announced last month to dewater Lake Gonzales starting Sept. 16. From there Meadow Lake will be dewatered, followed by Lake Placid and culminating near the end of September with the emptying of Lake McQueeney.

General Manager/CEO Kevin Patteson said the move is needed to protect people and property on the lakes in the event spill gates at the almost 90-year-old dams might fail.

Safety concerns heightened after a spill gate failure in 2016 on Lake Wood and one in May at Lake Dunlap, he said.

The move follows recommendations from an engineering firm and after receiving architectural designs for a nearly $180-million overhaul of the dams. In the current plan, the water authority would have contractors replace all of the spill gates — a total of 15 — at each of its six hydro-electric dams in the system, Hickman said.

Repairs are scheduled for the actual dam structures to help bring them into compliance with modern safety requirements, he said. The $180 million price tag also includes adding a permanent dewatering system to help with repairs and maintenance of upstream sides of the spill gates, Hickman said.

“If you want this to be a 50-year solution, you need to address not just the spill gates but the dams themselves,” he said.

The dams appear to be in pretty good shape as far as the authority can tell.

“We have identified some work that needs to be done to concrete within the spill ways. Those costs are included in that estimate.”

GBRA officials looked at three types of spill gate dams in its research and settled on ones called hydraulic crest gates, Hickman said.

Hydraulic crest gates consist of a single gate leaf made of steel and are common in modern dam design, Hickman said. Hydraulic cylinders control movement of the gates giving them the ability to lower and rise independent of river conditions, he said.

A bear trap gate is of an older design consisting of two gate leaves made of many steel and wooden parts. Water pressure helps raise and lower them, making them dependent on river conditions, Hickman said.

The dams chosen are more reliable, automated, and closely mimic the current gates’ operation, Hickman said. The style chosen wasn’t the cheapest option, nor was it the most expensive, he said.

“We studied several options,” Hickman said. “There are ways to do it for cheaper, like putting back in these bear trap (spill gates), but they come with trade offs like limited access for maintenance.”

When the dams were built many years ago, designers didn’t think to construct them in a way that offered easy access for maintenance, he said. The authority has done maintenance work on the dams but work on the upstream side of the spill gates is all but impossible the way the system is configured.

“Just about every dam owner that had these gates has replaced them with something more modern,” Hickman said. “This is a very historic design. This is 1890s technology you’re looking at here.”

The aging spill gates and mechanisms attached to them are deteriorating and failing. That creates safety issues, he said.

Replacing the gates is the best option.

Funding is the issue standing in the way.

“We don’t make enough revenue (on the hydro-electric side) to completely take on the funding project by ourselves,” Hickman said. “GBRA is committed to being a funding partner. But it’s not something we have the resources to take on on our own.”

The authority has sought help from the county, the state and local governments to try to figure out funding sources.

People living along the lakes have formed associations with other interested parties to try to determine ways to come up with the $180 million.

Any and all help will be critical in getting the job done, said Patty Gonzales, GBRA communications manager.

“We are not a taxing entity, nor do we receive public funds,” she said.

GBRA is committed to providing some amount of its own money to implement the $180 million project, Gonzales said.

How much is yet to be determined as details are still in the works and no hard numbers have been finalized, she said.

The authority can help in other ways as well, Hickman said.

“We do have mechanisms to go out and get below-market interest rates to secure the financing for this project,” he said. “We do have that capability.”

Bottom line is the hydro-electric part of the Guadalupe Valley lakes system is not performing as originally designed. The dams still work and they still generate power. The revenue from that power isn’t enough to make for a sustainable business model, Hickman said.

Still, GBRA plans to refill the lakes so residents and visitors of the county can enjoy them for years to come, he said.

“The future of these lakes is recreation. Right now it’s just not profitable,” Hickman said. “There’s potential that the benefits of hydro might go away in the future. We don’t know that right now.

“But with the current market rates, it’s not sustainable.”

Robin Dwyer grew up on Lake Placid and owns property on Lake McQueeney. He has seen the wate…

I was chatting with Felicia Frazar, the managing editor of the Seguin Gazette newspaper, sho…

A visiting judge on Wednesday ordered the Guadalupe-Blanco River Authority, at least for the time being, to stall its plans to begin dewaterin…