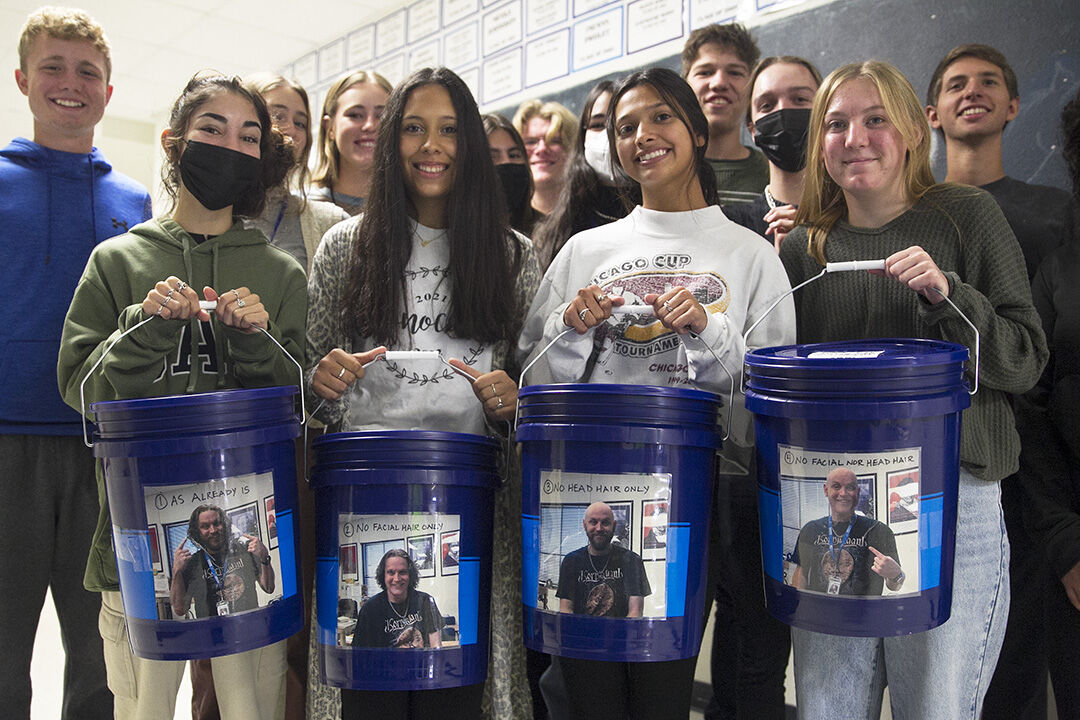 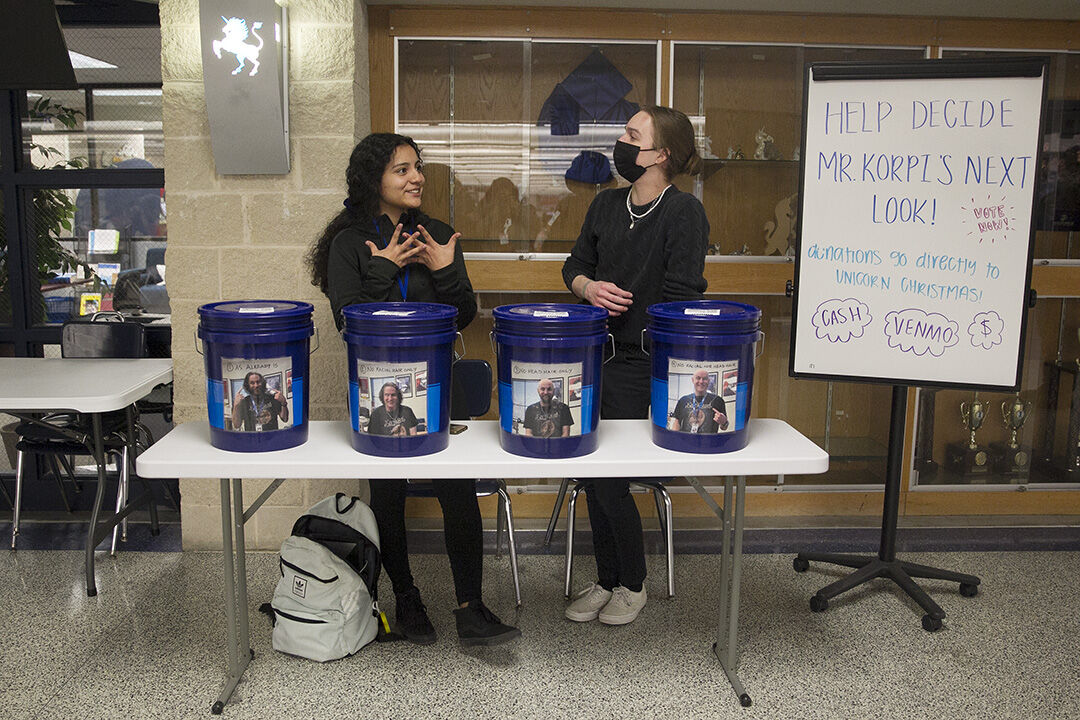 Although New Braunfels High School Mathematics Teacher Kevin Korpi has been growing out his locks for the past several years, he knows that losing it all — as in going bald, shaving his mustache and his beard — could be a gain for some local elementary school children.

As part of an high school fundraiser, unofficially dubbed “Hair Today, Gone Tomorrow” by his students, Korpi could come face-to-face at mid-court with some clipper-bearing Unicorn mascots during the final fall pep rally at NBHS on Friday afternoon.

Korpi’s students from one of his calculus classes have been accepting donations for four different looks for Korpi. Whichever option receives the most donations will determine his new look and whether or not he will be keeping his beard and/or shaving his head.

New Braunfels High School organizations are participating in the first Unicorn Christmas, a fundraiser that will become an annual event, said Cindy Cattin who serves with Arisela Thompson as the two Communities in Schools of South Central Texas site coordinators at NBHS.

As part of the fundraiser, NBHS students will purchase Christmas gifts for CIS elementary school children in the NBHS feeder pattern. The mission of CIS of South Central Texas is to surround students with a community of support, empowering them to stay in school and achieve in life.

Cattin said different school organizations were raising funds, but that some teachers had taken it upon themselves to take the fundraising to the next level.

“Our goal is to get gifts for 90 children,” Cattin explained.

Each organization or group agrees to provide a minimum of $100 with a maximum of $200 for each elementary student sponsored. For example, 10 high school students in a group sponsor 1 child, and each buys a gift in the range of $10 to $20.

His wife, Shealynn; son Tate, a senior at Baylor University; and daughter Jenna, a freshman at Stephen F. Austin State University, all agree that Korpi looks “doofy, dorky and silly” without hair.

“I’m just glad that I can say my hair will grow back. Some men my age are having to shave their heads, because they are going bald,” Korpi said about Option 4.

“It is part of the Korpi flair, with the beard,” said Jackson Bendele, a 17-year-old senior in Korpi’s class, who will also be serving as emcee during the pep rally.

Option 3 (keep the beard) was still in the running at press time. But so was Option 4 — no hair.

Ellery Rodriguez, an 18-year-old senior in Korpi’s BC Calculus class, is serving as treasurer for the fundraiser. She agreed with Bendele about the keep-the-beard option.

However, she quickly added, “But that’s no fun.”

Korpi marveled at the fact that former students were weighing in on the choices, thanks to online financial application Venmo.

Those former students seemed to favor him keeping his long locks.

“They know it’s taken a few years to grow it out,” he said.

Rodriguez said even the students who didn’t have Korpi as their teacher knew of him, partly because of his beard.

“It’s kind of like his signature token, and that he’s always dancing around in the mathematics room,” she added.

Students also recognize Korpi by way of his fierce loyalty to the blue.

“We are the best,” Korpi explained. “Unicorn pride is justified.”

For those wishing to vote with their donations, the Venmo user name is @ellerydale.