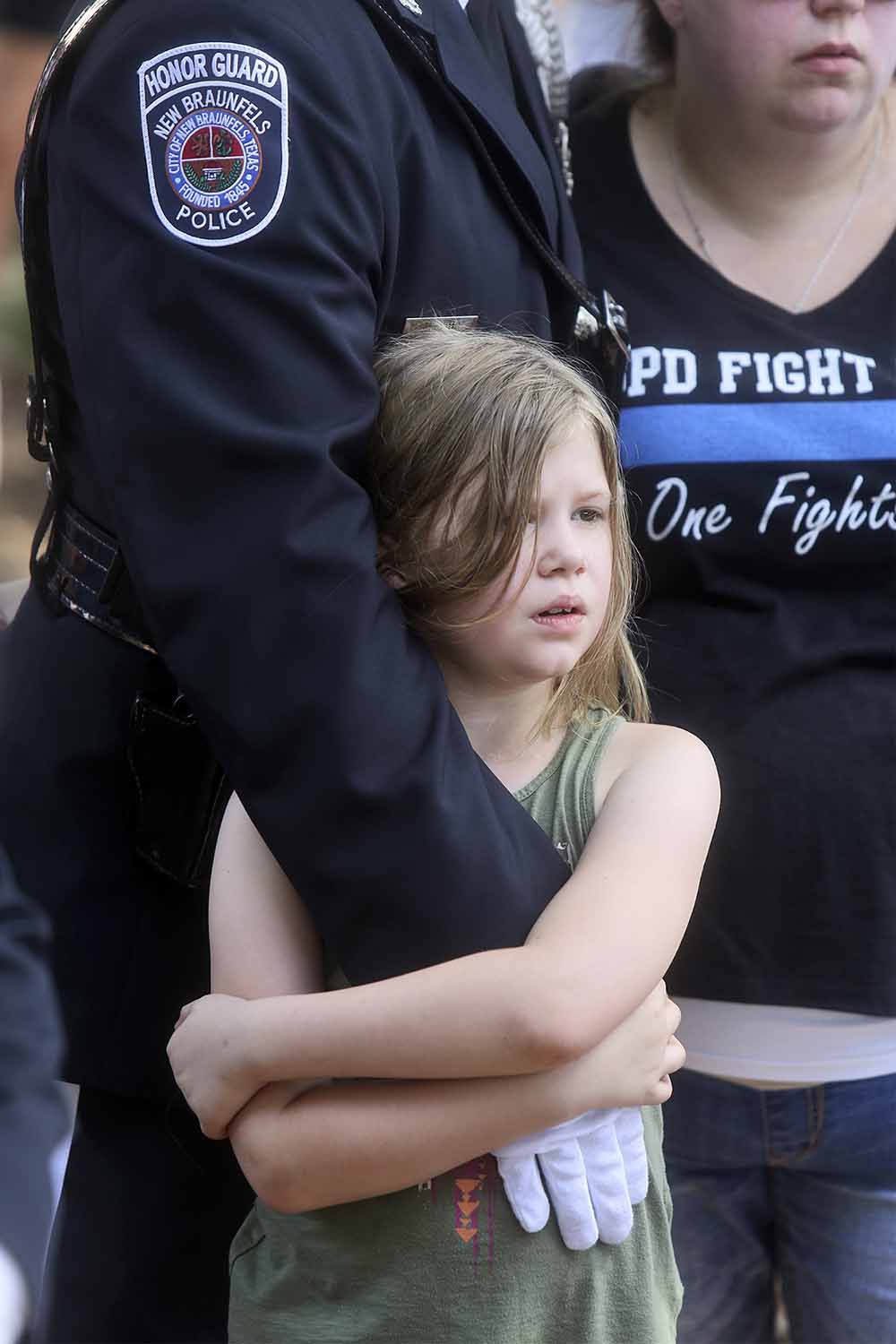 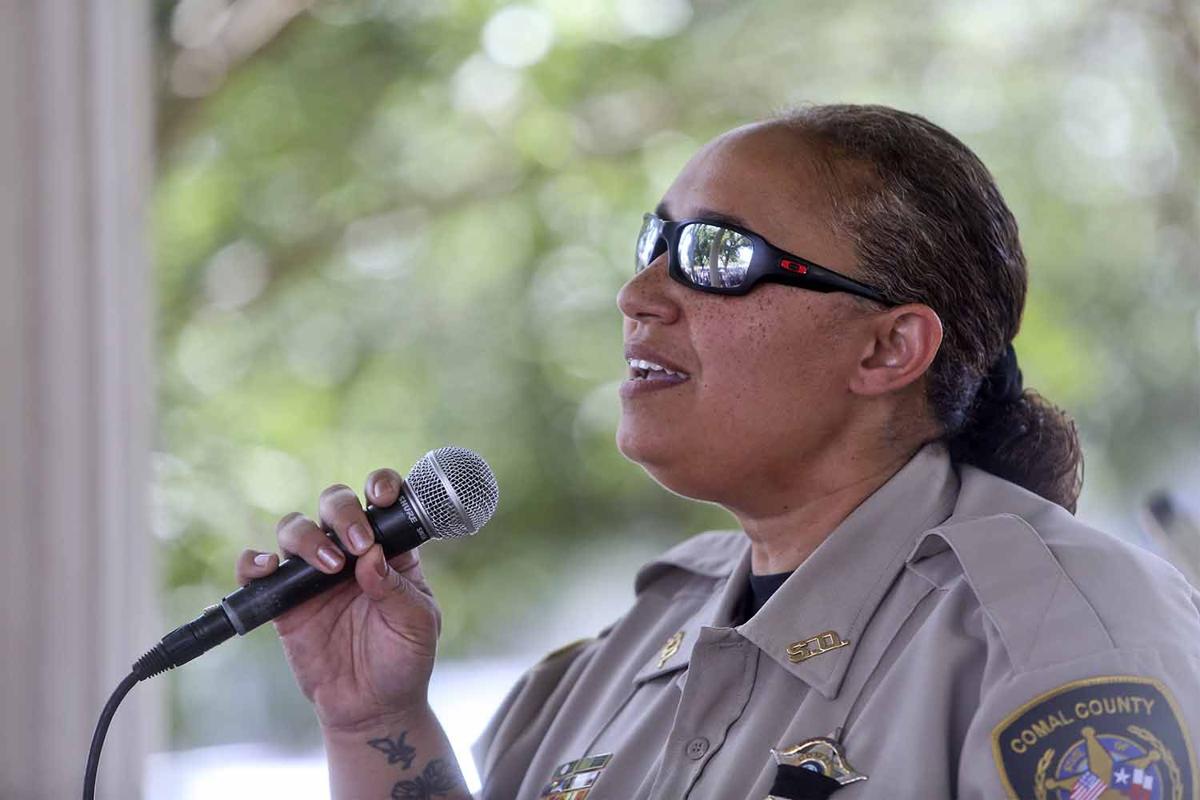 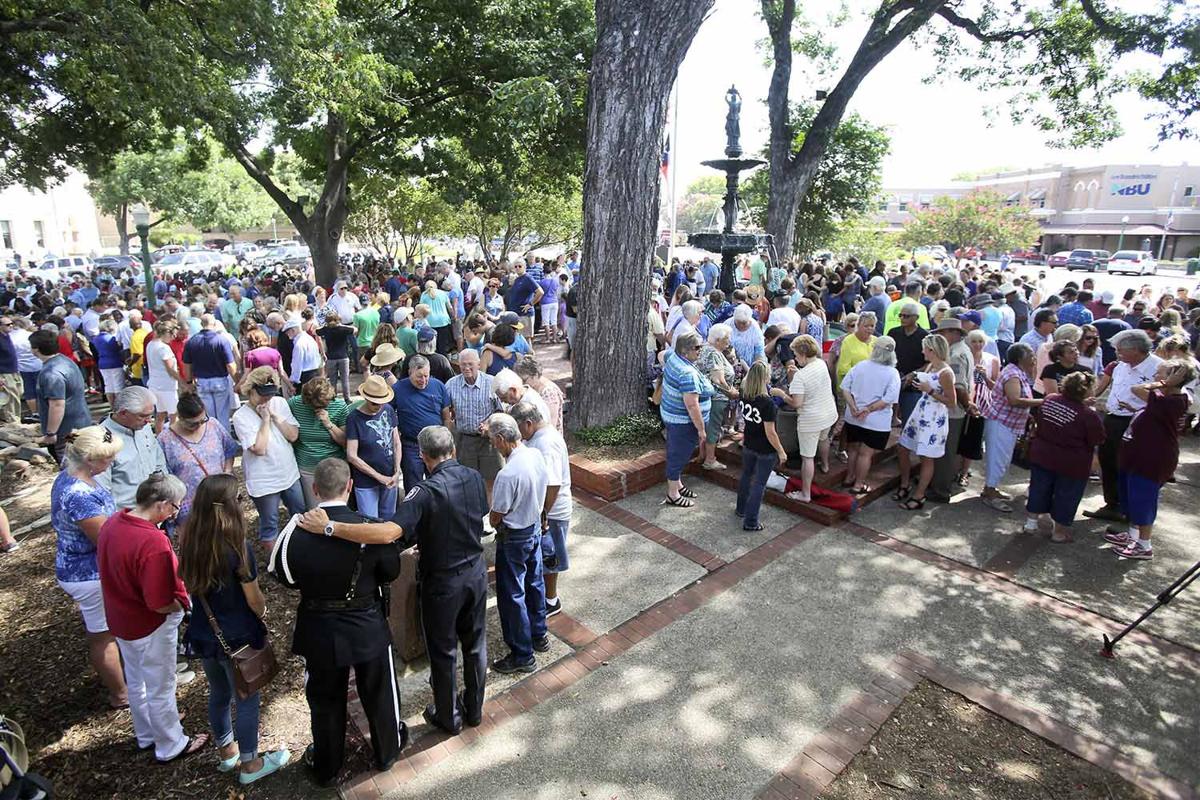 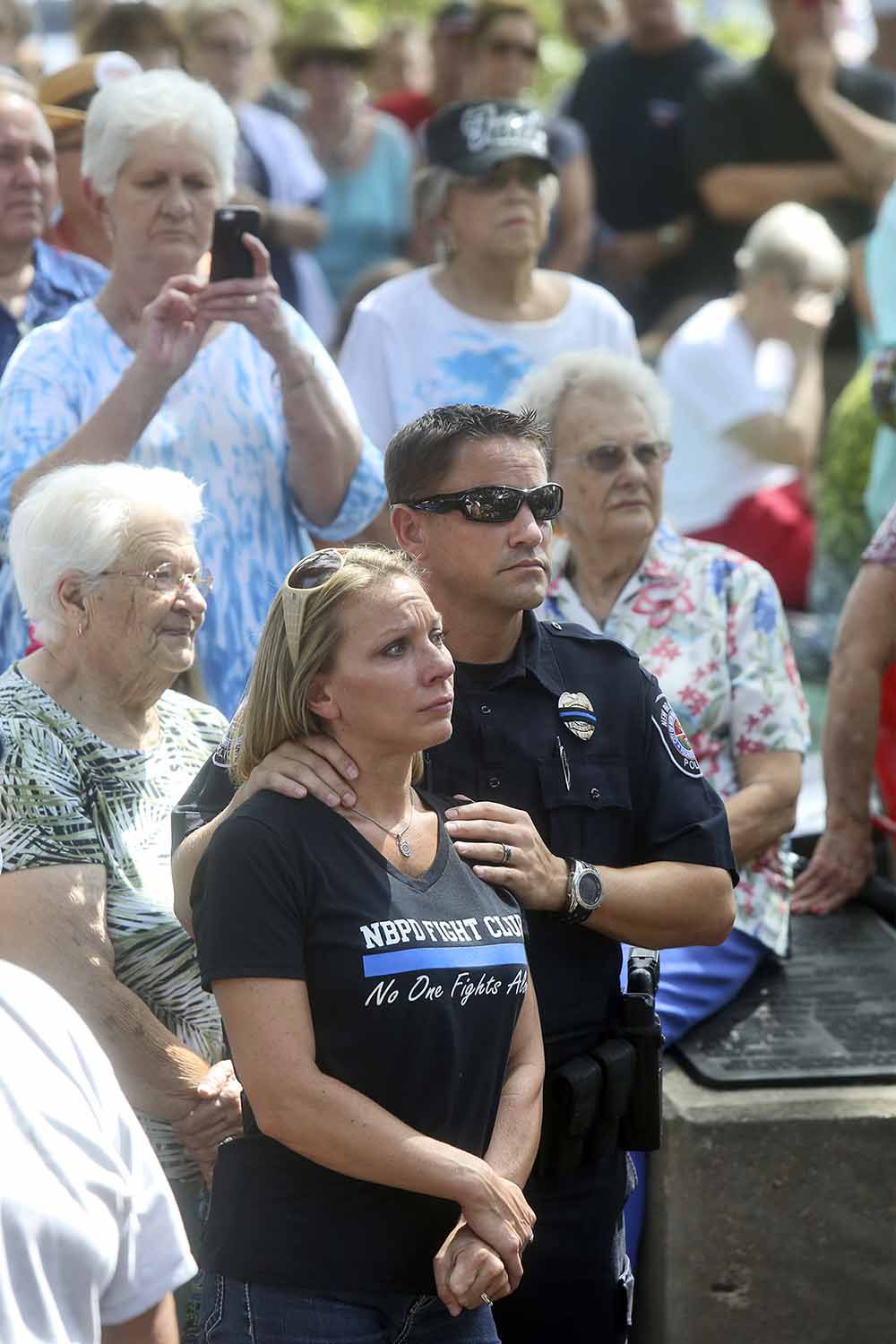 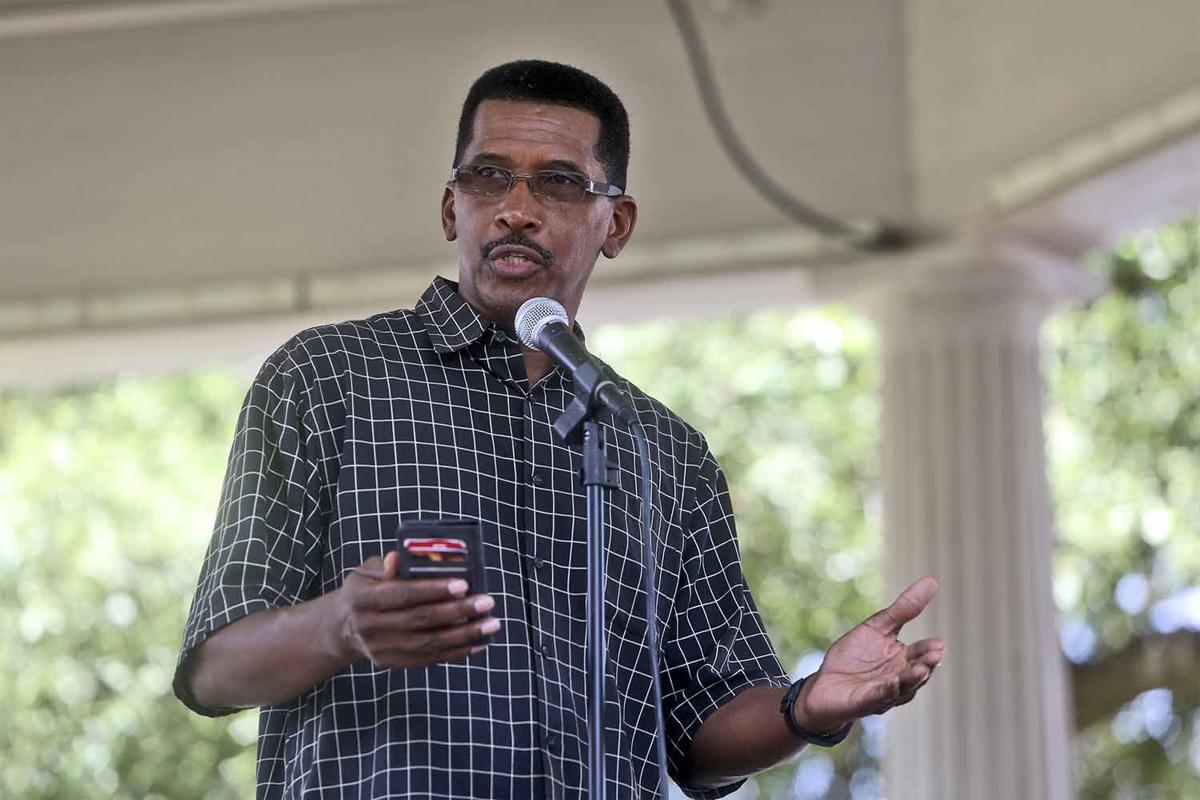 Hundreds attend Monday’s prayer service at Main Plaza in response to recent tragic events across the country including the killing of five police officers in Dallas.

Hundreds of people gathered Monday morning in New Braunfels to pray together.

The throng of people broke up into smaller groups, held hands and prayed for the police shot and killed in an ambush-style assault in Dallas and their families, for those killed by police and their families across the country and the local police and first responders who put their lives on the line to keep this community safe.

“I am amazed and also thankful just to be in a community that supports the police department the way they do,” said Chief Tom Wibert of the New Braunfels Police Department. “I think it’s a two-way street. As the community is here with us today, we are here to support the community 24/7. This type of support is earned one deed at a time.”

New Braunfels Mayor Barron Casteel and the New Braunfels Ministerial Alliance invited the public to the special prayer service. It began about 11 a.m. Monday at Main Plaza and lasted well into the noon hour.

The alliance is an organization comprised of clergy from various churches in the New Braunfels area. Alliance members lead the prayer service focusing on special prayers for the city, county, country, citizens, first responders and law enforcement, emphasizing respect for everyone.

According to published reports, shots started ringing out about 8:45 p.m. Thursday in Dallas at the end of a rally protesting the fatal shootings of black men in Baton Rouge, La., and suburban St. Paul, Minn. A sniper was blamed for an ambush-style shooting that killed five officers, and wounded seven more as well as two civilians.

A suspect was reportedly killed by a bomb police detonated after he was said to have exchanged gunfire with authorities and made threats against more law enforcement officers — particularly white ones.

Kathy Dyer of New Creation Christian Fellowship helped coordinate the event. She asked everyone to respect everyone else in efforts to try to avoid the killings that take place.

“We want to give a shout out to all of our first responders. Thank you,” Dyer said to roaring applause. “Right now, we need our land healed. And by that I mean all lives matter.”

And all of those lives must come together to bring about peace through Jesus, said Paul Owens, senior pastor at St. Paul Lutheran Church. He said everyone gathered Monday should hold themselves accountable to grab the mantle of peace and make it multiply, no matter what job or title they hold.

“Peace is not an abstract notion, some vague warm feeling. Christians believe peace comes through Christ alone,” Owens said before instructing everyone to break into small prayer groups holding hands and loving together.

Overheard prayers pleaded for strength for the police and the community; for the Lord to lead everyone in their speech and their actions; requests to heal the world; for children, grandchildren and friends’ children to choose peace and not anger, among numerous heavenly requests.

Chief Wibert’s young-adult daughter attended and said she was moved by the prayer service. She said she would have shown up even if her father wasn’t police chief.

“It’s important to support those who look out for you and that’s what New Braunfels Police Department does,” Emily Wibert said. “It’s sad it has come to such drastic outcomes but the fact that we can pull something like this together is great because we can bring love together despite what’s going on across the country.

“We can still find peace.”

Rex Long of Canyon Lake said he attended the prayer service to support first responders in his life. He felt the community coming together was a positive thing and helps to combat hate.

Long said people holding hands, bowing their heads and praying together is the key.

“It didn’t matter what religion you were, what race you were,” he said. “I think we ought to get together more often and do things like this.”