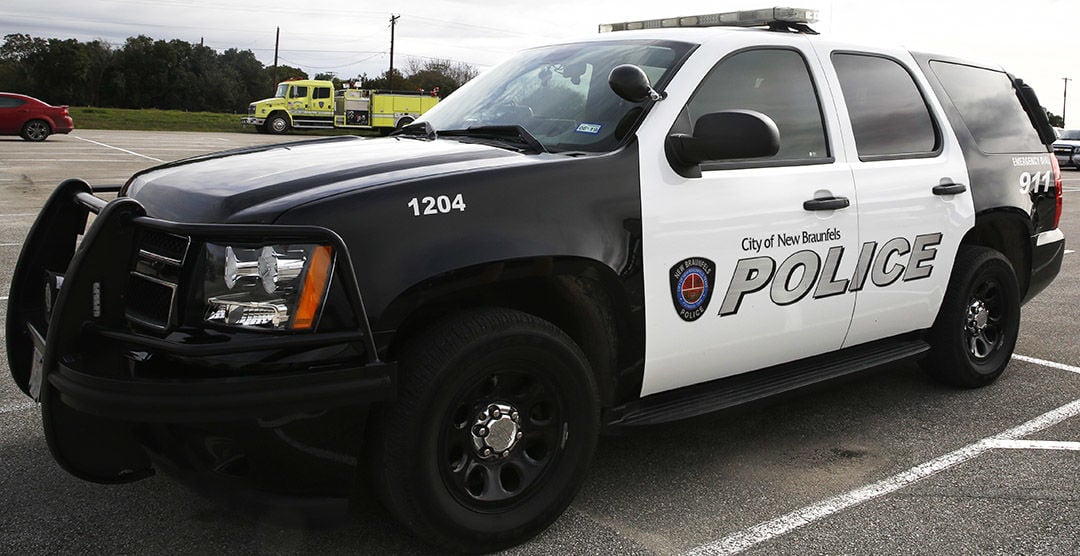 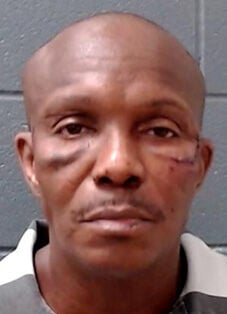 A man suspected of casing central New Braunfels neighborhoods led police on three chases over 48-plus hours before his luck — and clutch — failed him in Schertz, authorities said.

Ferguson said that authorities believed “he was casing cars, houses and garages — trying to find easy targets for burglaries" in a 2003 Volkswagen that had been seen in the neighborhood over the past few days.

“Apparently people had been seeing the car for a while but this was the first incident in which the police were called,” Ferguson said. “In this particular case, it involved a confrontation with a resident.”

After pulling into a driveway of a residence, the suspect exchanged words, and then fists with the resident, Ferguson said. “There was a small skirmish that led to the call for police.”

The man escaped in his car, but police knew who he was. Almost 24 hours later, another caller reported seeing the suspect vehicle in the 900 block of Fredericksburg Road at 4:41 p.m. on Saturday, New Year’s Day.

“He was seen driving through the area again when an officer initiated a traffic stop on Fredericksburg near Grandview Avenue. The driver didn’t slow down and took off at a very high rate of speed,” Ferguson said.

The subsequent pursuit zig-zagged through streets around New Braunfels High School before heading east on Loop 337, with speeds reaching 90 mph as it approached River Road.

“Because of the high speed, we then terminated the pursuit as it approached East Common Street,” Ferguson said. “We had already been able to identify him, and we then obtained an arrest warrant for (the suspect) evading in a vehicle.”

At 7:28 p.m., police serving the warrant in the 400 block of Laurel Lane spotted the vehicle pulling up to the suspect’s home.

“He’s in his car arriving home when he flees again,” Ferguson said, adding police tailed the suspect down Wood Road, Mission Drive and then Landa Street. It continued on Loop 337 and then south on Interstate 35.

Ferguson said the suspect vehicle apparently lost power in Selma, where its speed slowed to approximately 30 mph as it exited at Schertz Parkway. It headed east into an area with several industrial business complexes, with the car dying as it completed a left onto Tri-County Road.

“He burned out the clutch and wound up in a parking lot, where he tried to flee on foot,” Ferguson said. “While police were trying to arrest him, he scuffled with officers while reaching down into his waistband to pull out his pocketknife.”

Before he could, a K-9 and another officer managed to subdue the suspect. Ashley Mack Johnson, 51, of New Braunfels, was treated for dog bites at Christus Santa Rosa Hospital-New Braunfels and booked into Comal County Jail just after 8 p.m.

Johnson was charged with two counts of evading arrest or detention and one count of resisting arrest search or transport. Court records indicate it is Johnson’s 11th arrest on 34 charges filed by the NBPD or Comal County Sheriff’s Office since 2009. He remained jailed on Tuesday under bonds totaling $33,000; Ferguson said more charges could be pending.

Editor's note: A correction was made to this story reflecting the proper dates.

This guy Ashley Johnson has had the cops called on him more than once. He has harassed people in the neighborhood. Followed a teenage girl from the school bus stop harassing her. He had tried to break into houses on Clearfield dr. My house and my neighbors houses. Multiple times neighbors have called on 911 on him. Hass two criminal trespassing warnings just on Clearfield dr alone. He tried to break in our house at 3am in the morning had to chase him down. This man should of been in jail a month ago.

"Court records indicate it is Johnson’s 11th arrest on 34 charges filed by the NBPD or Comal County Sheriff’s Office since 2009. He remained jailed on Tuesday under bonds totaling $33,000; Ferguson said more charges could be pending."

One wonders with this history why such a low bail...and why he is still on the streets? Repeat offenders are becoming a scourge to society and the courts should reconsider escalated penalties for continuous bad acts.

I agree this man should of been in jail weeks ago. And the comment about him being called on once is incorrect. Our neighbors on Clearfield dr have multiple calls on him. For bothering and following a teenage girl more than once. He had two criminal trespassing warnings on Clearfield dr alone. He tried to break in our hose at 3an had to chase him. He entered my neighbors garage more than once. He has more than 5 calls on him for sure just on Clearfield dr. This man needs to stay in jail future child molester why would he be following teenage girls and sitting at bus stops watching kids. Question why wasn't he arrested on any of this stuff and if he would of the chase would not of happened?