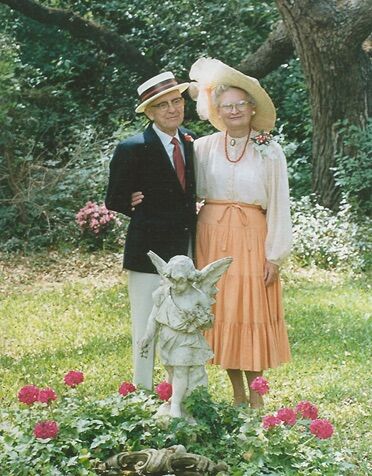 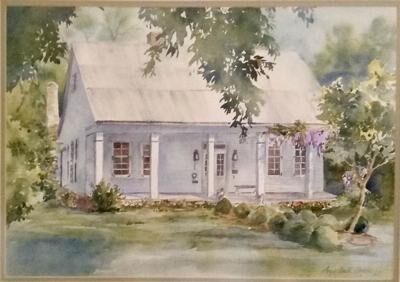 The Museum of Texas Handmade Furniture.

The Museum of Texas Handmade Furniture.

When discussing the vibrant historical community of New Braunfels as it exists today, there are two names that loom like a colossus over almost every historic museum and organization in the area: Bill and Nan Dillen.

The Dillens’ numerous contributions are evidenced within their donations to the facilities and collections of the Museum of Texas Handmade Furniture, the Conservation Society of New Braunfels, and the Sophienburg Museum and Archives. Through their leadership and philanthropic exploits, the Dillens ensured the history and material culture of the German Settlers who immigrated here in the mid-19th century were preserved for us all to enjoy today and into the future. This city owes them a great debt and it is important to continue to keep their legacy alive.

Despite their passion for the history of New Braunfels, they were not born into it. In Fact, Bill and Nan were not from New Braunfels — or even Texas.

Colloquially known as Auslanders (outsiders) by locals, their charmingwit, eye for quality craftsmanship and passion for preserving history quickly ingratiated themselves to the community.

The Dillens came to Texas in 1939 after leaving their hometown of Kansas City, Missouri on advice from Bill’s doctor, to seek a warmer climate for health reasons. Their first home was in San Antonio, where Bill used his experience in interior design to land himself a job at Dallas Furniture Studio where he remained until Bill was drafted into the US Army Air Corps during World War II.

Exempted from overseas service for health reasons, Bill rode out the war serving as a clerk at Kelly Field in San Antonio. Upon his honorable discharge at the conclusion of the War, Bill and Nan decided to go into business for themselves. They chose New Braunfels for its proximity to San Antonio, Austin and other large communities. Their first showroom was located at the corner of San Antonio and Santa Clara Streets and during this period, they gained notoriety within the community and surrounding area for finely furnishing homes at discount prices.

The Dillens’ interest in the furniture-making tradition present in New Braunfels happened by pure accident. While searching for a family dining room table, Bill came across an unfinished walnut piece at a local secondhand store that was presumably made by celebrated Tischlermeister (master cabinetmaker) Johan Jahn in the German Biedermeier tradition. Both Bill and Nan found themselves drawn to the piece’s simple but elegant design, as well as the 28-inch-wide black walnut boards that made up the tabletop.

Although they did not know it then, this purchase would spur in them a lifetime passion for early Texas handmade furniture. As the years progressed, they bought and sold many New Braunfels pieces. Their personal collection expanded to include a great many works from celebrated craftsmen such as Heinrich Scholl, Johann Jahn and Franz Stautzenberger.

In 1952, their interest in saving the early architecture of New Braunfels began with the purchase of the Comal Hotel at the Corner of W. San Antonio and Market Streets, which they rehabbed and renamed the Prince Solms Inn. They furnished the hotel with their collection of Texas handmade furniture, and it quickly became a local landmark and the place to stay for out-of-town guests.  They moved their business and family into the hotel in 1958, finishing the basement with stones reclaimed from the old Comal County Jail and using this space as a showroom for their home decorating business while operating the upper floors as a hotel.

In 1965, perhaps one of the grandest examples of German colonial fachwerk left in New Braunfels, the 1858 Breustedt Haus, came under threat of demolition like so many of its contemporaries due to the development of the I-35 business loop. Fachwerk is a style of construction brought from Germany where it had been in use since roughly the 11th century. Fachwerk buildings consist of a subframe of hand-hewn timbers held together with mortise and tenon joints and secured with pegs. In Germany, artisans then filled in between the timber frame with fired brick. In New Braunfels, a frontier town, the absence of this material necessitated the budget conscious builders of the Breustedt Haus  to employ native technologies. They accomplished this by substituting fired bricks for ones made of adobe formed from mud and straw and left to dry in the sun. Because of the fragile nature of adobe, it was then necessary to cover the exterior façade of the home with siding to protect the bricks from moisture, giving it an appearance fundamentally different from European fachwerk buildings and cementing its status as an invaluable architectural treasure that needed to be preserved.

The Breustedt haus’ location stood in the way of a proposed filling station located on the corner of I-35 and Hwy 46 East. The owner of the house, Raymond Baisey, recognizing the importance of the building, originally approached the Conservation Society to save it. But, because of the immense expense of moving the home, the project would have conflicted with their efforts of renovating the Lindheimer Haus and the Conservation Society was unable to come up with the necessary funds to save the structure.

This put the historic home in jeopardy of being demolished like so many of the other historic structures in New Braunfels during this period. This outcome was deemed unacceptable to the Dillens, who sought out other groups to try and save the home, an exercise that proved to be fruitless. The stately home was seemingly doomed like so many others in the name of progress.

With only 10 days left until the scheduled demolition, the Dillens stepped in out of sheer desperation, using their own limited resources to move the home to its present location off Church Hill Drive. The 14-acre plot of land it stands on today was chosen because of its proximity to the original site, as well as the fact that the home could be moved without going over any bridges, something that was expressly forbidden by city officials because of the immense weight of the structure.

The massive building was brought in in one piece,  necessitating the use of steel girders, which they ran under the home,  which were then jacked up and laid onto the back of a special flatbed.

During its roughly half mile journey,  two of the massive steel girders broke under the massive bulk of the house, necessitating a halt to the procession to replace the girders. The house was then brought through the back of the property (now Rhine Terrace Neighborhood) and laid onto a new foundation. It was at this time that the Dillens enlisted the help of a local contractor Edward Nolte to return the home to its original configuration and restore it to its original condition. They also gifted the Conservation Society with 3.5 acres of land at the front of the property which has since been used as a repository for New Braunfels’ early architecture.

To offset the cost of the renovations, the Dillens rented the Breustedt house and property to tenants and maintained their residence at the Prince Solms Inn. After a lengthy European tour in 1969-1970,  Bill and Nan returned to New Braunfels and sold the hotel. It was at this time that they moved their home to the Breustedt Haus and antiques business to the barn on the property.

For the next 13 years, the Dillens lived and worked on the property and during this time expanded their already large collection of early Texas Handmade furniture to over 250 pieces. They also moved the historic Reininger Dogtrot Cabin to the property from the Solms area when it became endangered due to expansion of the limestone quarry that exists there today.

In 1983, the Dillens retired and closed their antiques business. The massive expense of maintaining their collection coupled with their increasing age and fragility necessitated that it was time to give up their home to someone better able to maintain the aging property.

Not wanting it to be sold to developers, they sought out a new custodian for their beloved home and the surrounding property in hope that it could be maintained as the Museum of Texas Handmade Furniture. They settled on the recently formed Braunfels Foundation Trust who, in turn, formed the Heritage Society of New Braunfels to run the day to day operations of the museum. In 1992, the trust deeded the estate to the Heritage Society as the permanent custodians of the property ensuring that the Legacy of the Dillens’  gift would last in perpetuity.

Today, the Heritage Society maintains the Dillen’s home and collection and has honored their legacy by expanding the property and adding several more buildings as well as numerous pieces of Texas Handmade Furniture. They also took over the Kindermasken Parade and run Living History programs such as Folkfest and Heritage Day on the property.

In 2022, there are plans to reconstruct the 1846 German Protestant Log Church (the progenitor of the First Protestant Church) on museum grounds.

The Museum of Texas Handmade Furniture is open year-round, Wednesday-Sunday from 1-4 p.m. or by appointment.

To continue honoring the legacy of the Dillens, who gave this city so much, the museum is currently seeking new volunteers to attend docent training to keep the museum alive and viable. Interested parties are encouraged to email director@nbheritagesociety.org for details.