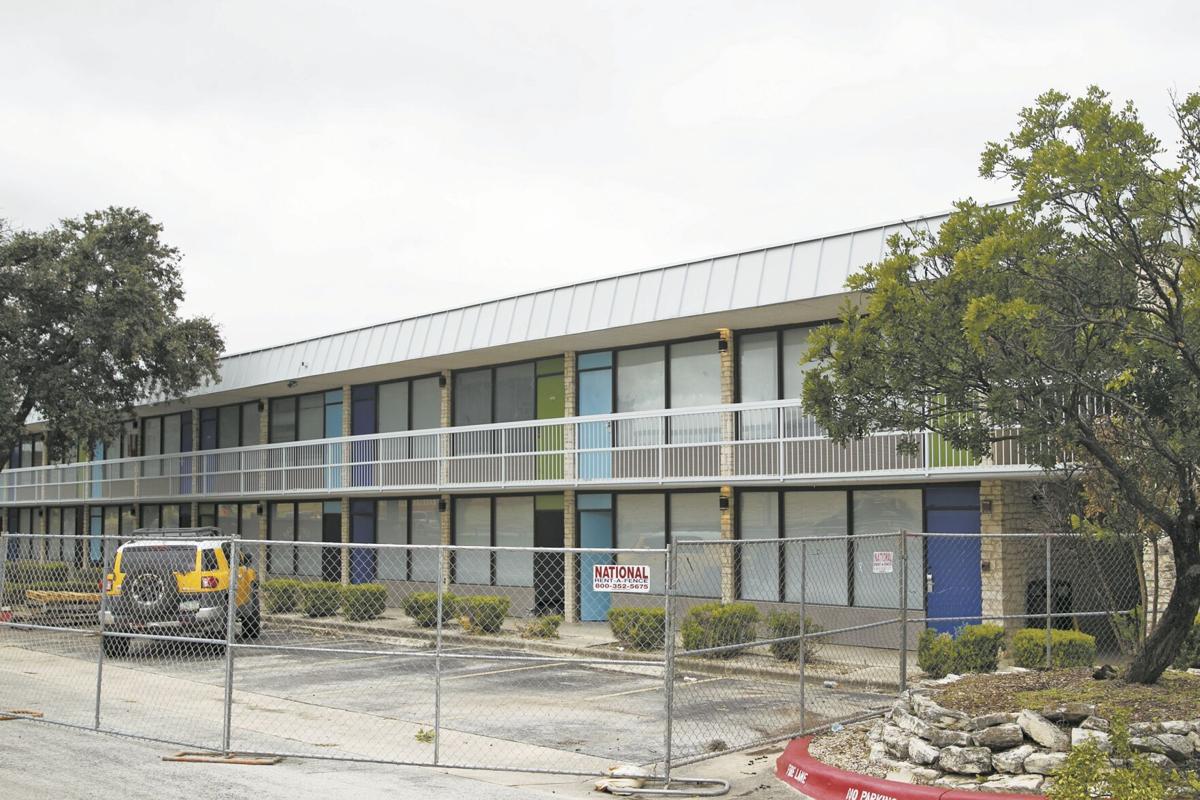 Formerly a Ramada, this building is being converted into studio apartments by Vivo Living in New Braunfels. 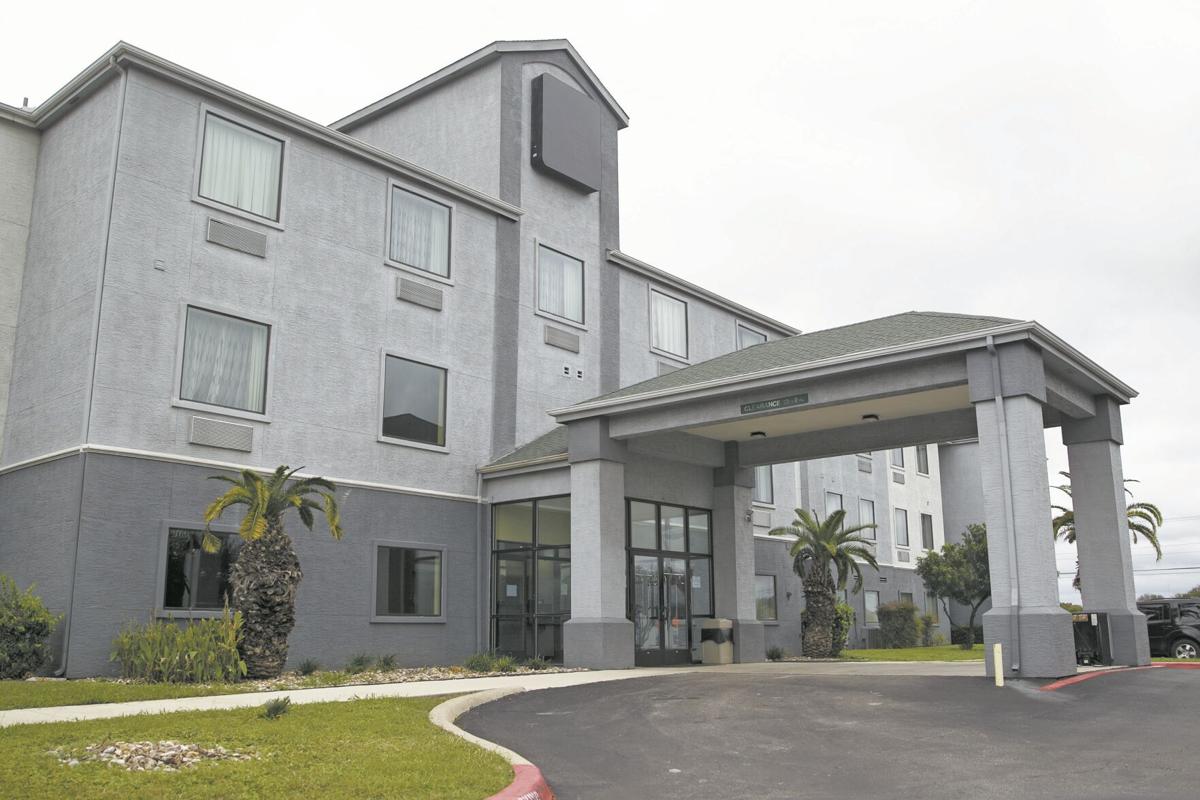 Formerly a Quality Inn, this building is being converted into studio apartments by Vivo Living in New Braunfels.

A California-based investment group specializing in recycling hotels into apartment complexes has expanded its operations to New Braunfels, with plans to bring new life into two hotels on the city’s I-35 access road by converting them into studio apartments for long-term occupancy.

One of the conversion projects undertaken by the Vivo Investment Group, the former Ramada Inn on I-35 near Loop 337, is near completion, while another proposed project to repurpose the former Quality Inn is undergoing a city rezoning and special use permit process to allow for more units on the property than provided under city code.

Earlier this month, the New Braunfels Planning Commission voted to recommend approval to the city council of the proposed rezoning and special use permit, which would allow Vivo to repurpose 75 units where the lot area allows a maximum of 64 under city code.

“Amenities that you expect in any Class A development, we’re able to put into these converted hotels because of the amenity space they already have to repurpose into lobby living rooms, community centers, fitness centers, areas for basic gathering, laundromats and things of that nature,” Norville said. “The projects come out in a very Class A fashion. We spend a lot of money and we’re very meticulous in our process. We put in all new internet cabling to make sure tenants have access to high streaming Wi-Fi. We change out door locks for security purposes, so we have a lot of brand standards that we maintain with these.”

Multifamily dwellings are rated class A through D, depending on the quality and age of the building and its amenities.

Referring to the former Quality Inn project, Norville said the property includes an indoor pool, “which we are going to spend money redoing the pool, cleaning it up, making it a nice indoor pool amenity.”

“These are long-term communities that we invest in,” he said. “We also manage and work on construction all in-house with the approach that we can produce a better product at the end of the day.”

According to company information, anticipated monthly rental rates would run about $825 to $950.

The commission’s recommendation now goes before the city council for consideration on Monday for the first of two separate readings.

Norville told the Herald-Zeitung that if council members approve the special use permit, the former Quality Inn conversion process takes about two to three months since the property is relatively new.

“The construction process goes pretty quickly once we get approval,” he said. “We’re putting in kitchens. This particular project has really nice infrastructure — it’s only a 20-year-old property. It has really nice sufficient electrical and plumbing distribution. Usually, we’re three to six months, sometimes as long as nine months, but the planning and permitting process also takes time.”

The maximum number of dwelling units allowed on a property under C-3 commercial district zoning is determined by the size of the lot.

Development standards require a minimum of 15,000 square feet for the first 10 units and an additional 1,500 square feet per dwelling unit after that.

The property consists of two lots totaling 2.2 acres — about 95,875 square feet — which allows a maximum of 64 dwelling units under the C-3 standards, 11 units short of the 75 units developers are proposing for the project.

The former Ramada property project, which will include 139 units, does not require rezoning or a special permit as commercial zoning already allows multifamily residential use at the site and fulfills density requirements.

“There’s a big open area, lots of space,” Norville said. “We didn’t need a density waiver there because we have so much acreage. We’ll have a big dog park, outdoor frisbee golf. We have a huge outdoor pool and a sundeck with fire pits, gazebos, barbecues. Indoors we have a clubhouse, onsite self-storage, a very large fitness center and what we call a lobby living room that has flat-screen televisions, places to hang out, a pool table, arcade games and a vending area that is almost like a miniature (drug store).”

“Workforce means that we’re targeting, not the top half echelon and not the bottom of the bottom,” he said. “We’re in that middle-income space. I view it as the 20% to 50% space where there is the majority of the blue-collar workers, the service workers, first responders, nurses and construction workers that are housing- and cost-burdened in every city. These people are paying more than 50% of their income on rent most of the time. It’s expensive to live in most cities these days, and it’s only getting worse. We’re really trying to provide that solution, and a lot of the time, we’re doing it privately, so we’re not asking for city support or government funding.”

Council members in July approved an ordinance defining efficiency and studio apartments in city code and identifying vehicle parking standards for those types of housing units.

City staffers told council members at that time they had identified a need to determine an appropriate parking standard for efficiency and studio apartments that consist of one common room for living, with a separate room allowed only for the bathroom.

The ordinance defines a studio or efficiency apartment as “a dwelling unit consisting of a single room for cooking, eating, sleeping and living, and a separate room for bath and toilet facilities also referred to as a studio apartment or unit.”

The ordinance fixes the minimum parking standard at 1.1 spaces per unit.

A full agenda of Monday’s meeting is available on the city’s website at www.nbtexas.org.