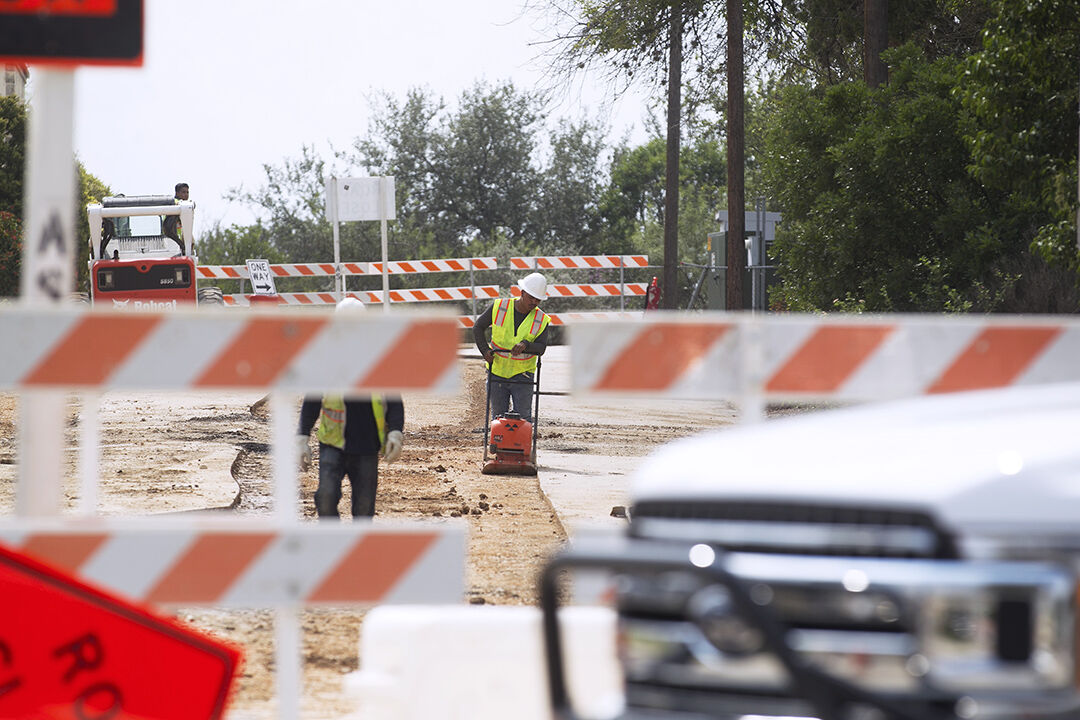 Henry Marquez is compacting trenches on Zink Street where water and sewer lines were installed Tuesday, Oct. 12, 2021 in New Braunfels. 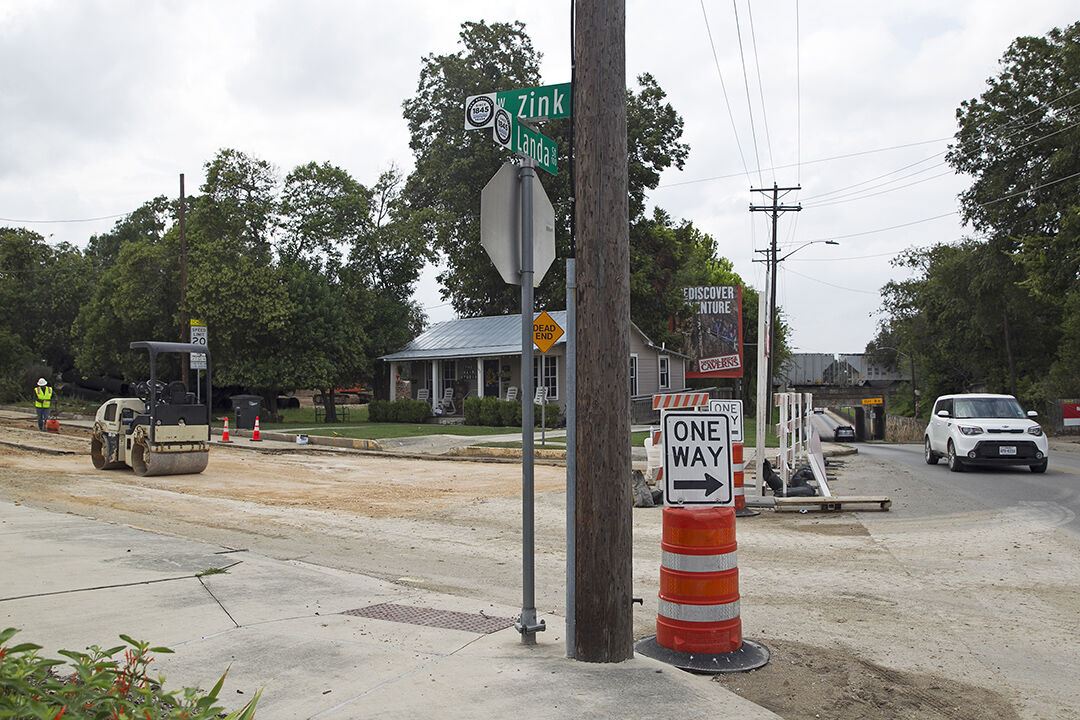 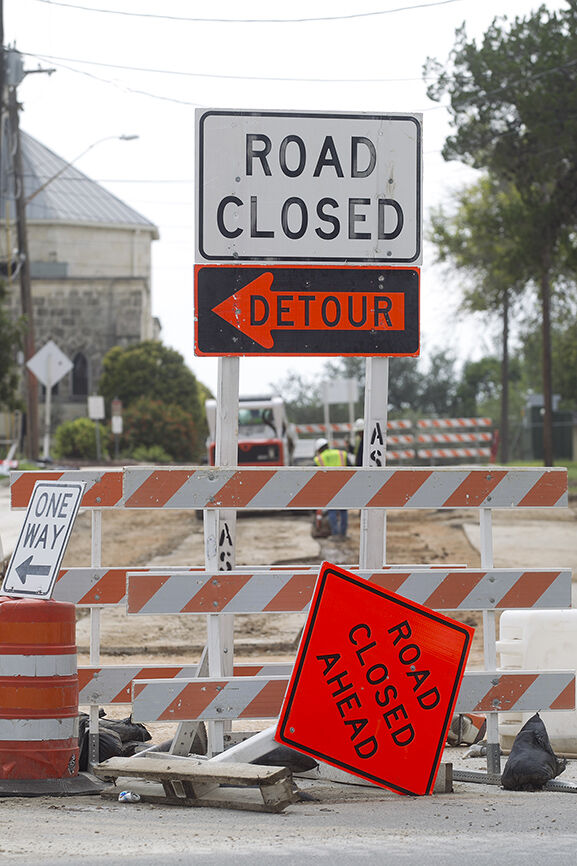 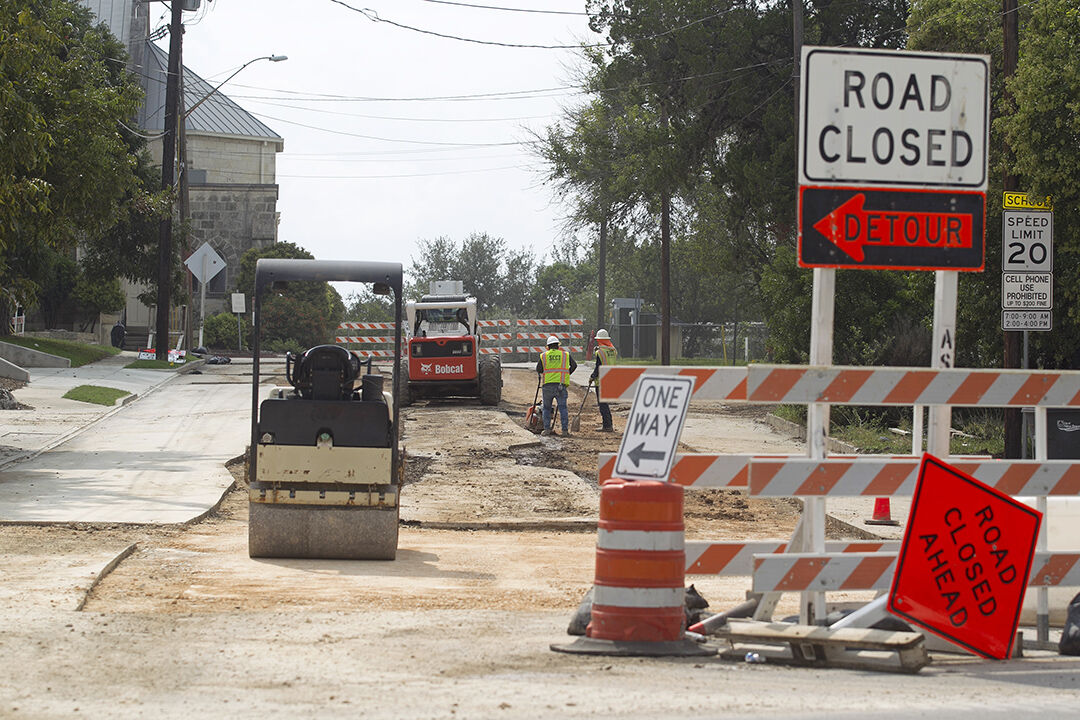 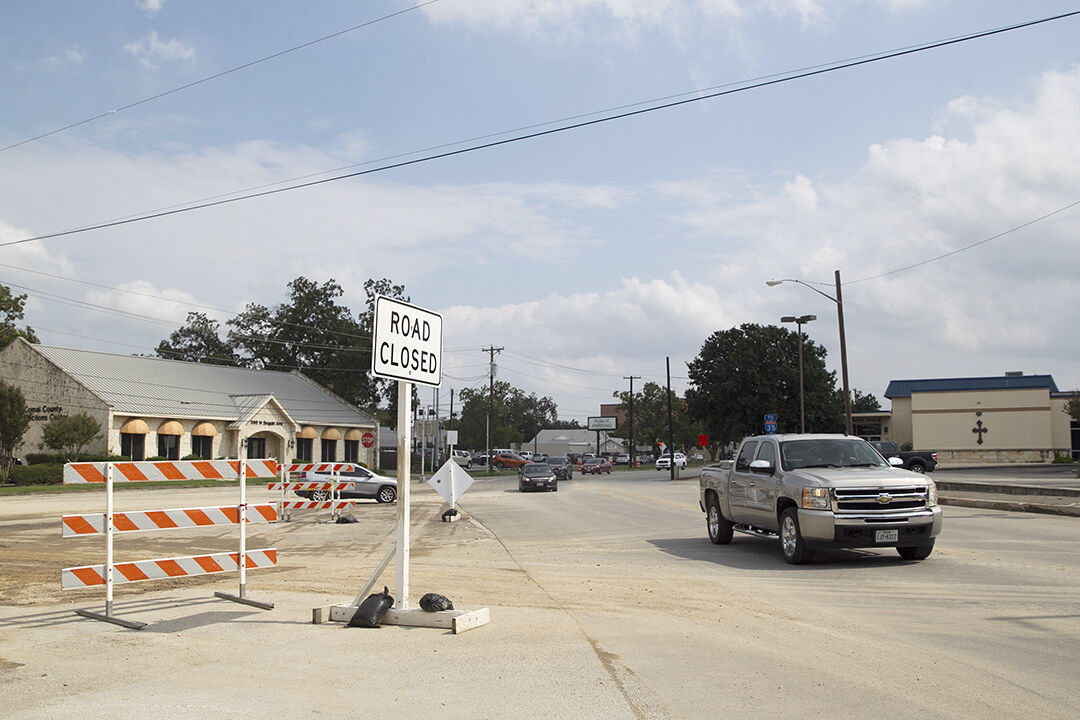 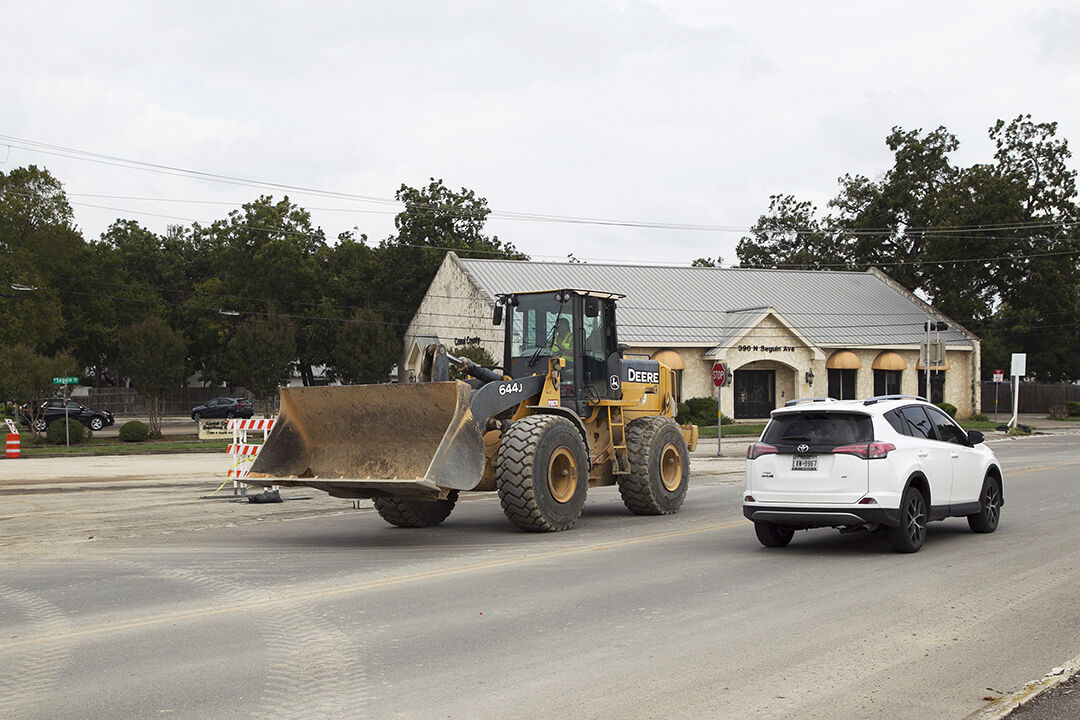 Henry Marquez is compacting trenches on Zink Street where water and sewer lines were installed Tuesday, Oct. 12, 2021 in New Braunfels.

Work is near completion on the North Kuehler 30-inch to 33-inch interceptor project, a major wastewater capital improvement project that will upgrade and replace multiple interceptors that have become damaged due to aging, according to New Braunfels Utilities officials.

“This project really cut through the heart of downtown through Wurstfest, Hinman Island Drive along the golf course and really required a lot of coordination with business owners and the city alike,” Kelso said. “It involved some heavy civil work — the installation of manholes there at Wurstfest, micro tunnel operations and aerial crossings of the Comal River.”

Kelso said the project included the installation of more than 8,400 feet of 30 and 33-inch interceptor pipe, which are large pipes that receive flow from many sewer lines and conduct the wastewater to a treatment plant.

The cost for the project is more than $8 million, according to Kelso.

According to Kelso, the project includes installing more than 4,200 linear feet of water and wastewater pipe at a cost of about $13 million.

Zink Street between the

Landa Street intersection and the North Castell Avenue intersection is closed through Oct. 31 to install a wastewater line.

Through traffic will be diverted to West Bridge Street. The detour route is marked.

Spiess Construction Company, is the contractor performing the construction for this part of the 24-inch water and wastewater line project.

No weekend work will be allowed in the downtown areas, and sidewalks are to remain open for pedestrian traffic to the extent possible.

Service connections from the water and wastewater lines to each individual business will be completed between Monday and Thursday, 2-6 a.m., to minimize impacts of service outages.

Other scheduled traffic impacts include:

Schedules are subject to change. Completion is expected in September 2022.

“Additional road closures may still be required periodically,” said Melissa C. Krause, NBU’s chief communications and strategy officer. “These closures will be coordinated with the city as needed.”

New Braunfels Utilities provides up-to-date traffic impacts for the projects on nbutexas.com/current-construction-impacts-and-road-closures and its Facebook and Twitter social media channels.

Contact Desirae Medellin at 830-608-8971 or dmedellin@nbutexas.com with any questions regarding the projects.