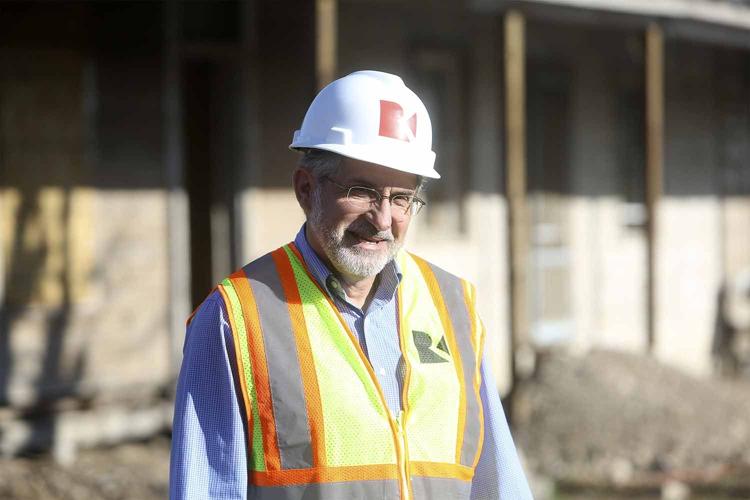 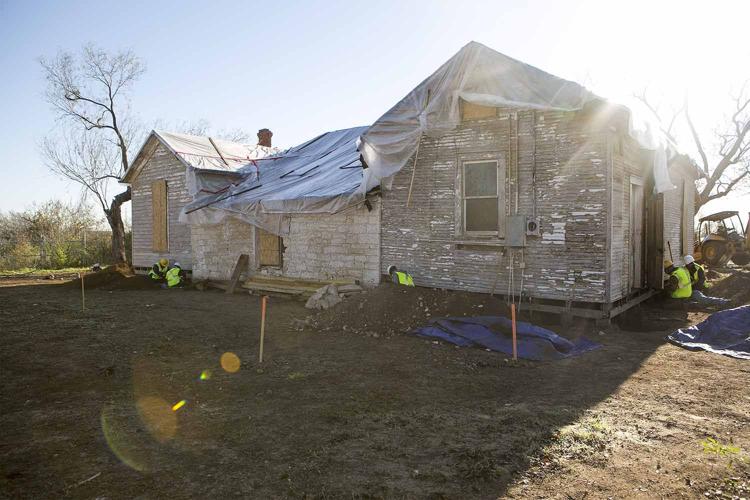 Based on the findings by Raba Kistner archaeologists, the Harrison House in Selma is undergoing preservation. 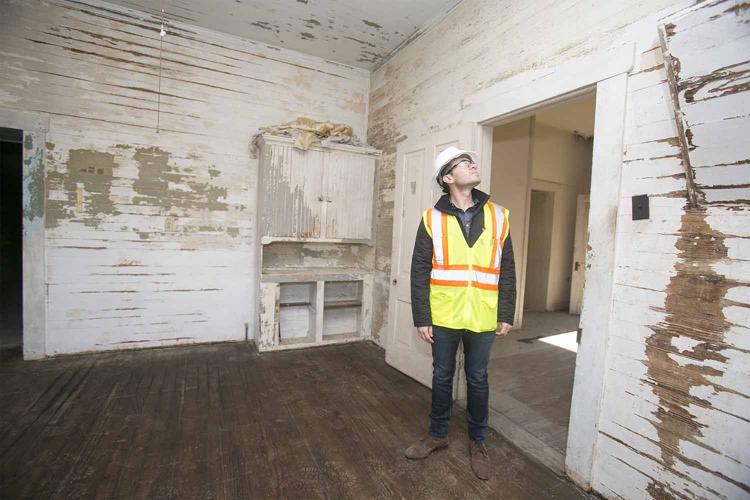 Assistant Project Manager Aldo Bravo stands inside the Harrison House as subcontractors work on various projects in an effort to preserve the property on Tuesday.

Raba Kistner archaeologists work at the Harrison House in Selma.

Based on the findings by Raba Kistner archaeologists, the Harrison House in Selma is undergoing preservation.

Assistant Project Manager Aldo Bravo stands inside the Harrison House as subcontractors work on various projects in an effort to preserve the property on Tuesday.

Raba Kistner is expanding its foothold in Texas, acquiring a Dallas-based archaeology firm they say is well known in the Texas and Oklahoma regions.

Raba Kistner is a project management, engineering, testing and environmental firm based in San Antonio, with offices in New Braunfels, Austin, Brownsville, Dallas, Houston, McAllen — as well as Salt Lake City and internationally in Mexico.

Steve Tomka, the cultural resources program director for Raba Kistner, is excited about the business and research opportunities offered by the new members of the team.

“This acquisition is important to Raba Kistner as it enhances our capability to provide archaeological professional services in this marketplace,” said Tomka. “This new affiliation gives Raba Kistner more internal scientific capabilities and strengthens our services platform from which we supply top level services to our clients throughout both regions. I’ve followed Red River Archaeology’s work for years and can’t think of a better group of archaeological scientists with which we could bolster our capabilities in the field.”

RRA will be fully absorbed by Raba Kistner’s archaeology division within the next eight months, Tomka said.

He said the acquisition was a good business move, bringing opportunities to Raba Kistner from the North Texas and Oklahoma areas, but also credited RRA with having an extremely experienced staff — 80 years between the three archaeologists — and great organization.

The principals with RRA are excited about the opportunity, too.

“The combination of staff, experience and talents created by this acquisition will have a significant impact on the level of services that we can offer our clients — current and future,” Cole, the principal investigator, said.

Tomka said there were already a few archaeologists, including himself, employed by Raba Kistner, as well as a half-dozen or so that are contracted on an as-needed basis. The addition of RRA means that division is expanded significantly.

It also means Raba Kistner can continue being a single point of contact, he said. For instance, many firms specialize in the type of environmental or geo-technical or archaeological work Raba Kistner does, but to have one company rolling all of those into one makes it easier for both the company and the client, Tomka said.

Located in the city of Selma is a well-kept secret called the Harrison House, listed on the National Register of Historic Places. In conjunction with a nearby stage stop — which played a role in bringing immigrants from the Galveston area to Selma in the 1800s — the Harrison House is a historical gem.

The stage stop was built and started by John S. Harrison and his partner, William McCullough, in the mid-1800s. The stage stop can already be visited but Harrison House is currently being restored after archaeological work by Raba Kistner found the site would be better served as a historical and preserved site rather than the planned community center. It will still serve as a community center — and a museum.

The original stone house is still standing with wooden add-ons on each side. There is also a garage, outhouse, chicken coop, shed, smokehouse and windmill.

The site’s work is still being done by a general contractor and sub-contractors. While the archaeological dig wasn’t RRA’s work, it offers a glimpse into the kind of archaeological work Raba Kistner does — as well as the implications.

Raba Kistner’s archaeologists dug the entire area, holding onto everything they found, including an old sugar cane press they will recreate at the Harrison House.

Raba Kistner was founded in 1968 and is an Engineering News-Record “Top 500 Firm,” operating in 11 different markets in Texas, Utah, Nebraska and Mexico. The company’s environmental team is often recognized as one of the area’s leaders in environmental consulting services. Its technical team consists of archaeologists, biologists, engineers, environmental specialists, geologists, GIS analysts and planners. For more information about RRA, visit www.rrarc.com. For more information about Raba Kistner’s archaeology services, visit www.rkci.com/environmental/archaeology.