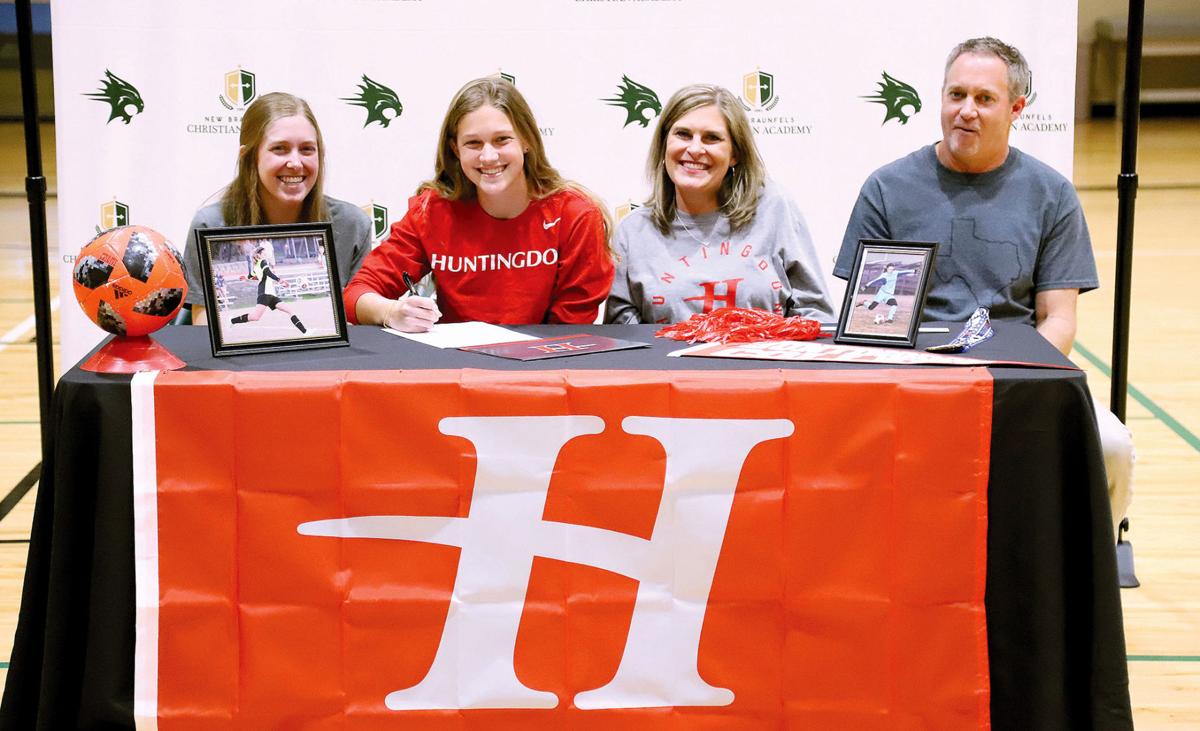 New Braunfels Christian Academy senior Kiki Culpepper smiles alongside her family during a signing ceremony on Jan. 8 at NBCA. 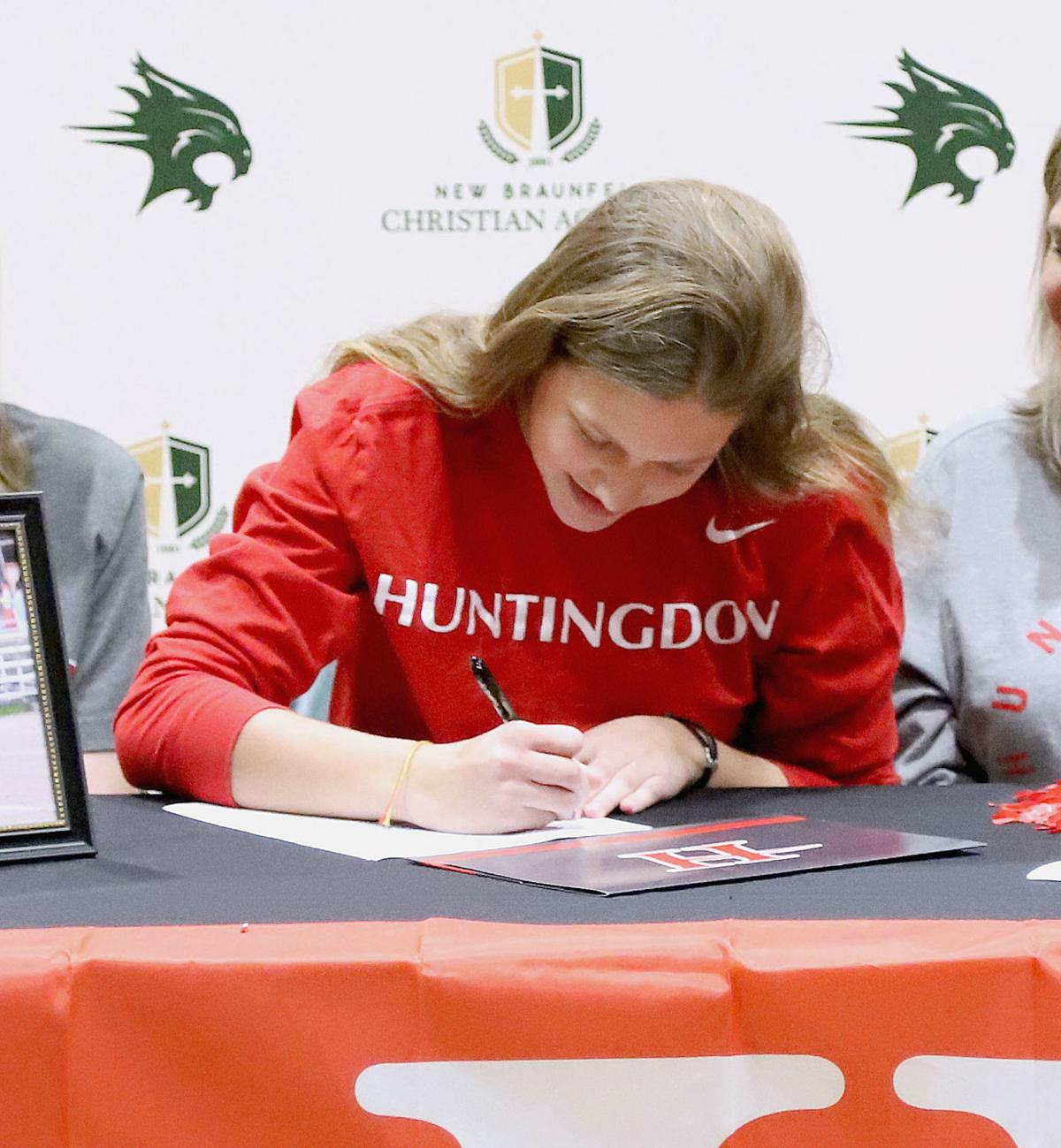 Culpepper makes her choice official by signing with Huntingdon College.

New Braunfels Christian Academy senior Kiki Culpepper smiles alongside her family during a signing ceremony on Jan. 8 at NBCA.

Culpepper makes her choice official by signing with Huntingdon College.

The sport of soccer stuck with New Braunfels Christian senior Kiki Culpepper from an early age.

From the days when her father was her youth coach to select and high school competition, Culpepper was always drawn to the game and quickly began to excel when she found her niche as a goalkeeper.

“I feel like I grew up playing soccer,” Culpepper said. “I didn’t play keeper until I moved to select soccer. I was like, ‘This is really fun,’ and I started enjoying it more the more I played and the older I got.”

Even in middle school, Culpepper had a feeling she’d want to prolong her playing days at the next level. During a small ceremony on Jan. 8 at NBCA featuring family members, friends and coaches, Culpepper turned that dream into reality when she put pen to paper and signed a letter of intent to attend and compete for Huntingdon College in Montgomery, Alabama.

“I’ve always thought about playing soccer in college, but once I hit high school, I was like, ‘Wow, this could really be something that I can do,’” Culpepper said. “It took us a long time to find the right colleges, find the right balance. We knew we wanted a private school, not necessarily DI, but we took our time with it and then we went and visited the college. Once we got up there and started visiting, we were like, ‘This is the place.’”

Culpepper got an opportunity to tour the campus and meet with Huntingdon head coach Cliff Jordan, which had a big impact on her decision. She said the culture surrounding the women’s soccer program was very welcoming, which ultimately led to her becoming a future member of the NCAA Division III’s Hawks.

“A lot of the other coaches would only send emails and not really invite me as much, but Huntingdon really reached out to me and I really felt the personal nature and the friendly nature once I went there,” she said. “It really showed how much they were family.”

During Culpepper’s ceremony at NBCA, current and former coaches spoke about her leadership and steady climb as a goalkeeping prospect. New Lady Cats head coach Erik Tullberg marveled at her save percentage, which is in the low 90s, and also said she has the ability to lift her teammates’ level of play.

Former NBCA coach Anna Bales and NB AJAX director Mike Abalos reminisced on how Culpepper provided confidence for her team with her stellar play in net and dedication to her craft.

“Coach Mike helped me with all the basics,” Culpepper said. “He helped me learn how to do all the proper forms and use proper footwork for everything. Coach Bales kind of really solidified that and helped me grow stronger in those areas.”

Culpepper said that being a goalkeeper requires a certain skillset that can be sharpened through repetition. However, there’s another job requirement that takes a little more mental toughness.

“Definitely hand-eye coordination,” Culpepper said. “That’s something you can either pick up through time or someone naturally has, but it’s also learning how to throw your body on the ground and being comfortable with it. It’s weird, but true.”

“I’m doing a mix of forensic science a little bit,” she said.