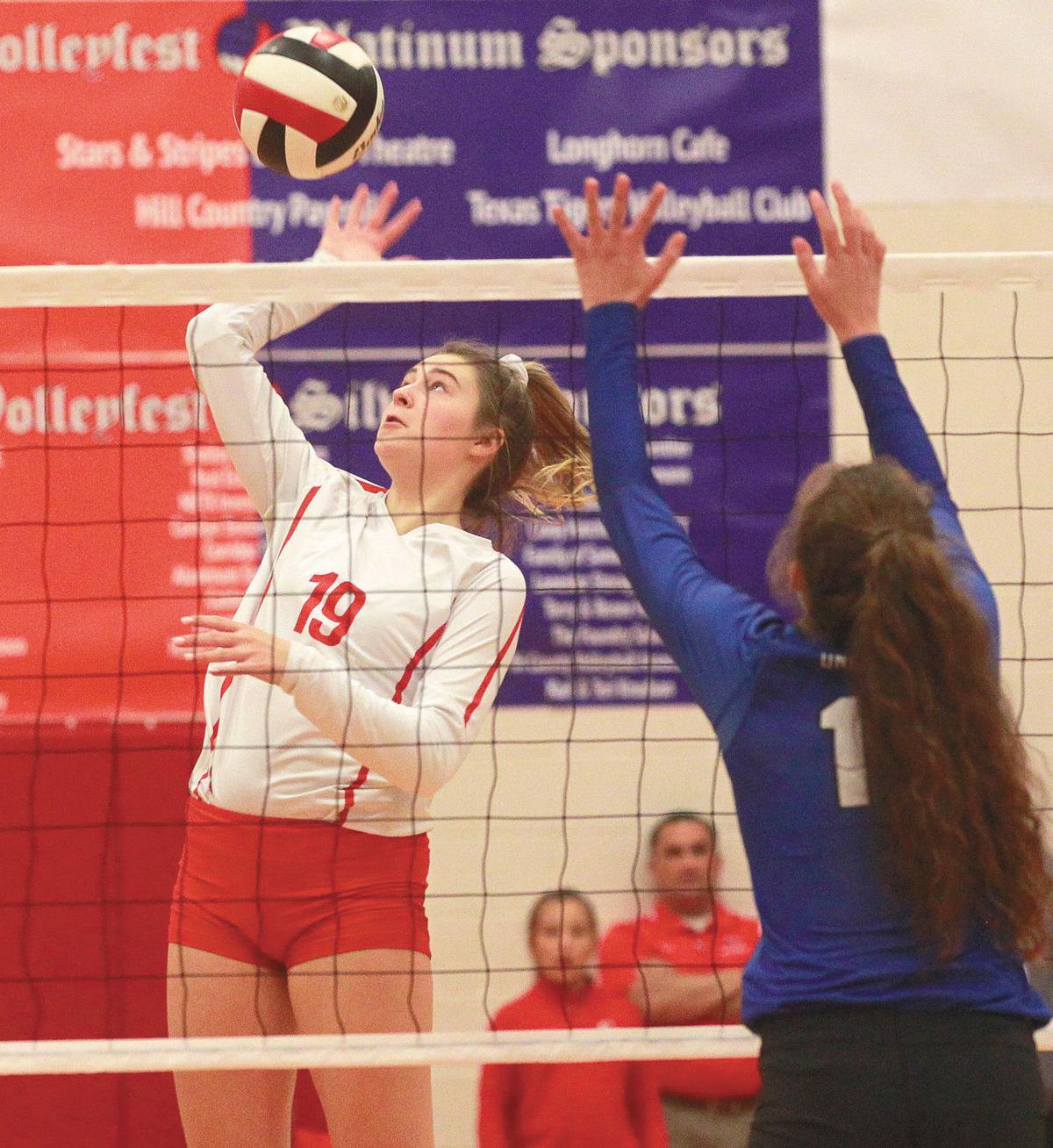 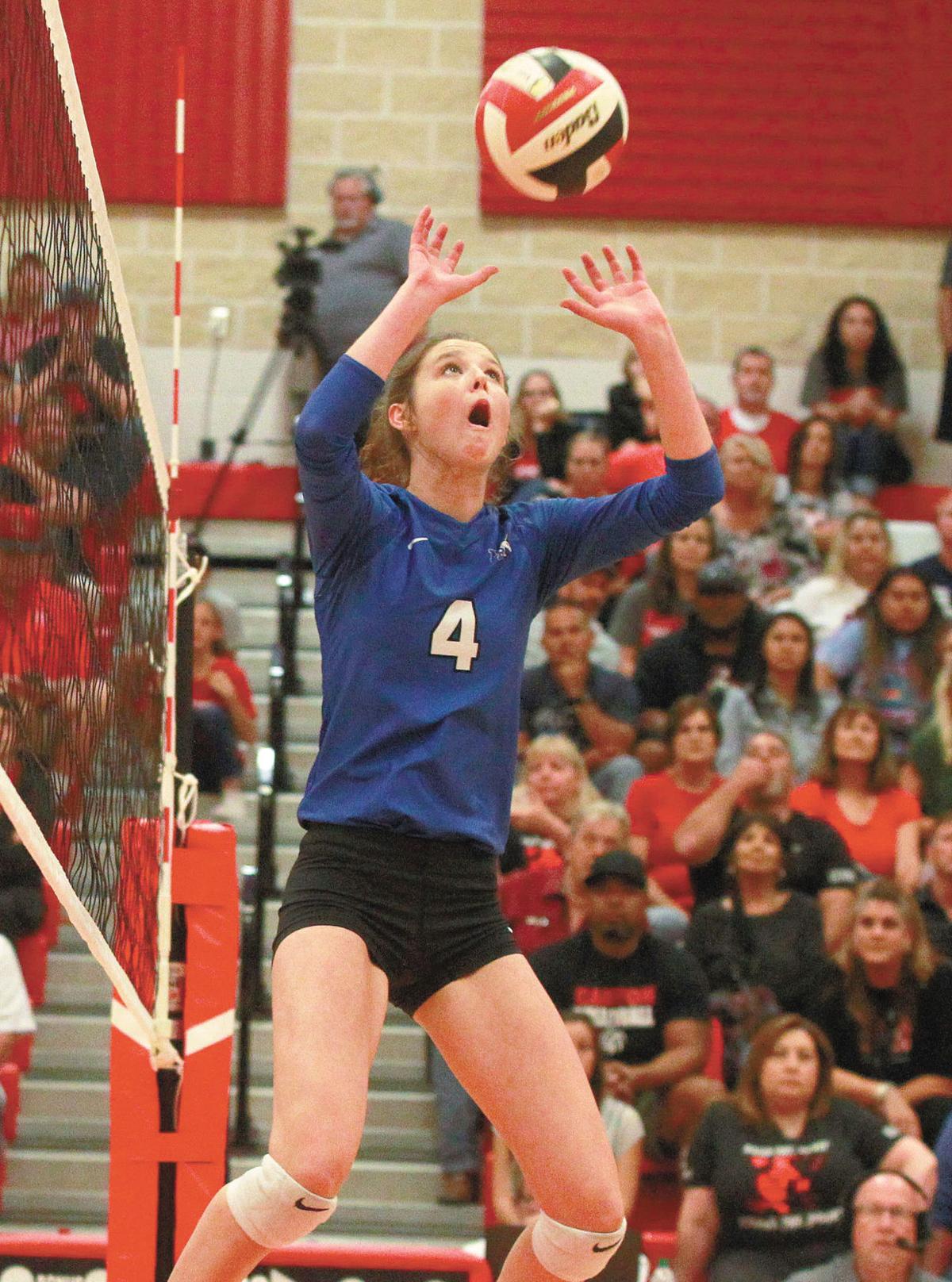 The 2019 volleyball season has taught every team within District 26-6A one very important lesson.

Senior middle blocker Angel Jones said she and her Canyon teammates recalled what it took to defeat the Lady Unicorns on the road and knew full well that New Braunfels was capable of a rally of its own.

“We just wanted to have that drive and energy again,” Jones said. “We knew New Braunfels was coming back from a win against Smithson Valley, so we knew they were going to come in here hungry.

“We had to come even more hungry.”

The Cougarettes came out firing in the opening set and built a quick 12-3 edge following a flurry of hits and blocks from Jones and Lauren Woitena. Addison Evans also served up an ace to keep Canyon surging forward.

Rian Millership and Morgan Baese posted back-to-back strong hits to end the run, but the Lady Unicorns were unable to find a sustained rhythm. Woitena and Jones continued to pepper New Braunfels with hits from different angles, and Kyla Malone later capped the set with powerful kill of her own.

The Lady Unicorns struck back in the early portion of the second game behind hits from Millership and Keriann Kallus. New Braunfels turned a 5-1 deficit into a 13-8 lead following additional support from Cypress Guenther and Ella Brunson, whose ace forced a timeout from Canyon.

“We went through that little run there where we struggled to pass and it was like we couldn’t finish anything,” Canyon head coach Heather Sanders said. “We just weren’t in sync and we had to figure it out.”

The Cougarettes regrouped thanks to strong play at the net defensively from Emma Jubela and another serve from Evans. A tip shot by Jones later tied the score at 18 apiece and began a 7-0 run that included a kill by Erin Jones and another block from Jubela.

Woitena provided the clincher on a perfectly-placed shot along the back row.

The Lady Unicorns appeared refocused in the third set, though, and raced to a 5-1 edge following a block by Madison Glassco, a diving save from Edie Welch and a pair of hits from Baese. Canyon remained calm and battled back to take a 10-8 lead before closing things out with another late run.

This time, Angel Jones, Malone, Jubela and Erin Jones fueled a 7-3 surge to close the book on the Cougarettes’ fourth consecutive win against New Braunfels in the overall series.

“We just kept talking about keeping the pedal down,” Sanders said.

Woitena recorded a team-high 12 kills in the win, while Angel Jones added nine kills and Erin Jones tallied 27 assists. Evans and Matti Theurer each notched 15 digs, and the tandem of Angel Jones and Jubela both registered four total blocks.

Jubela’s presence in the middle made a big difference throughout the match.

“She and I had a talk about that recently — about how we had to know she was out there,” Sanders said. “I think she took that conversation to heart. She’s making plays and making things happen.”

Canyon will now prepare for a rematch with another rival — Smithson Valley — this Friday in Spring Branch. Meanwhile, the Lady Unicorns will look to take care of business Friday night at home against East Central.