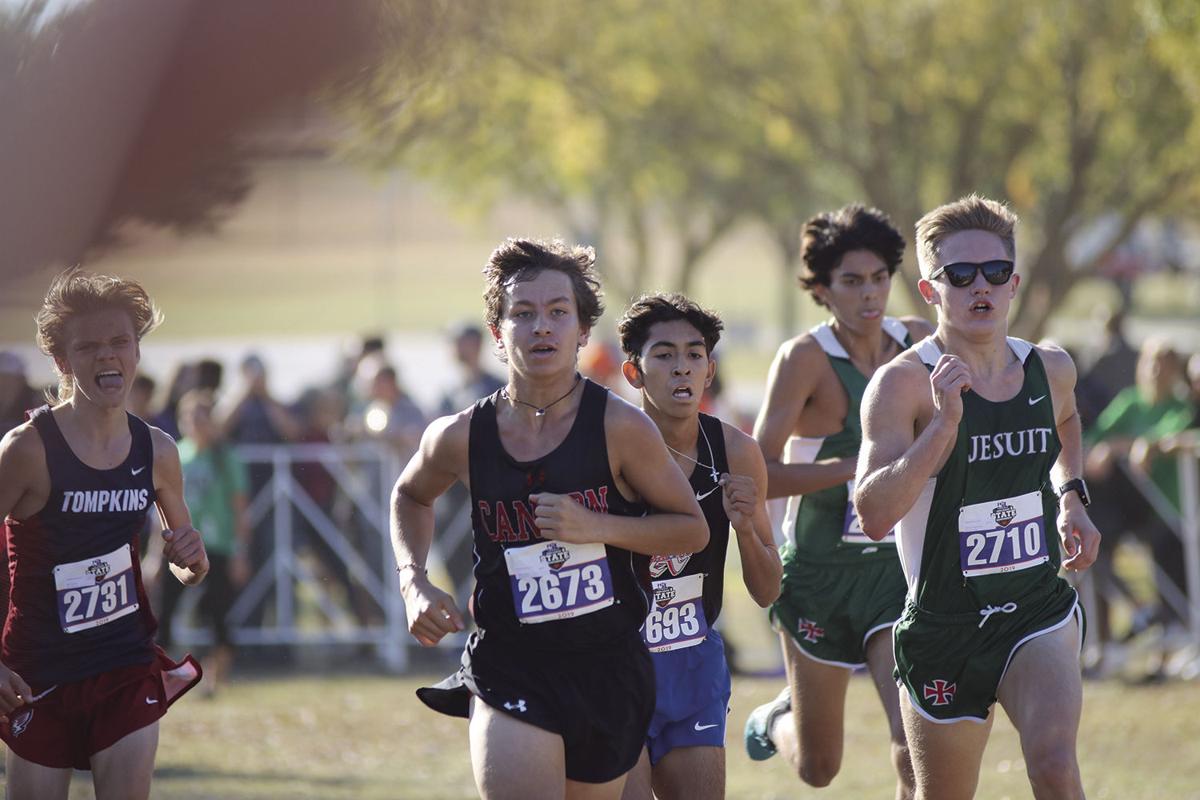 Canyon senior Cameron Ikels runs alongside a pack of other competitors during the Class 6A state cross country meet at Old Settlers Park in Round Rock. Courtesy photo 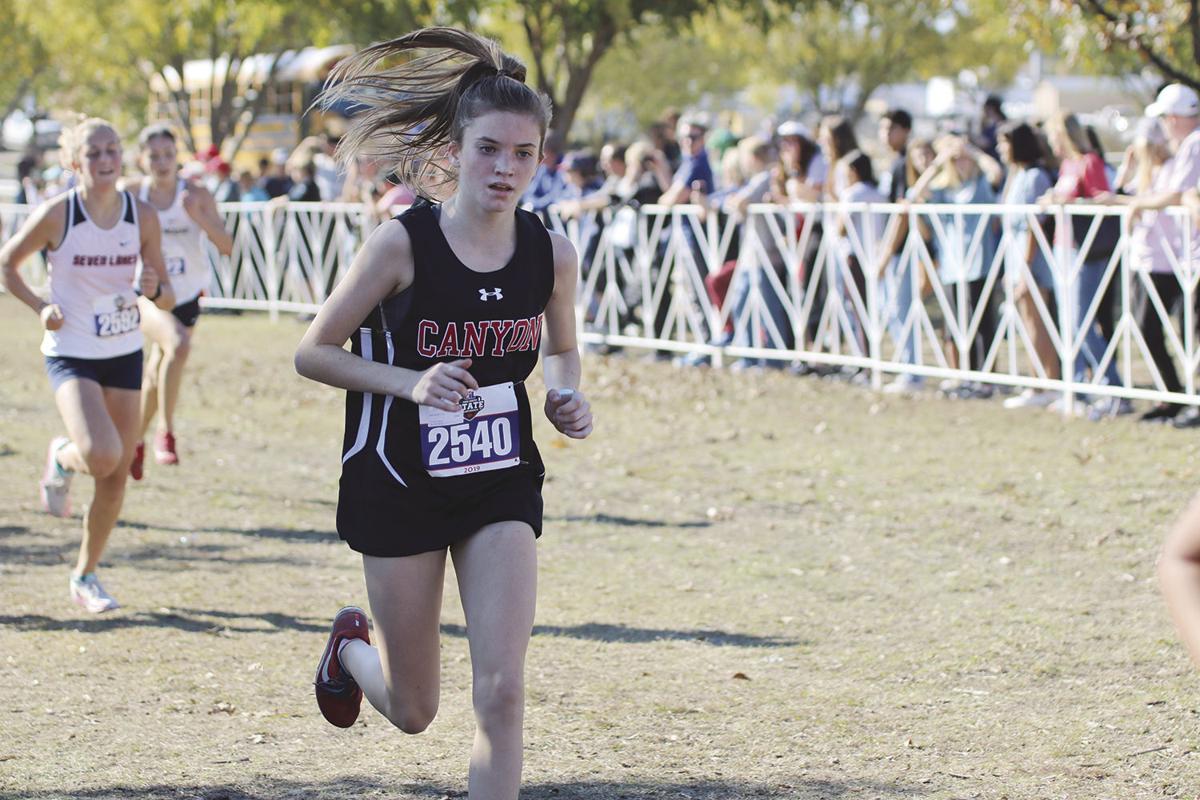 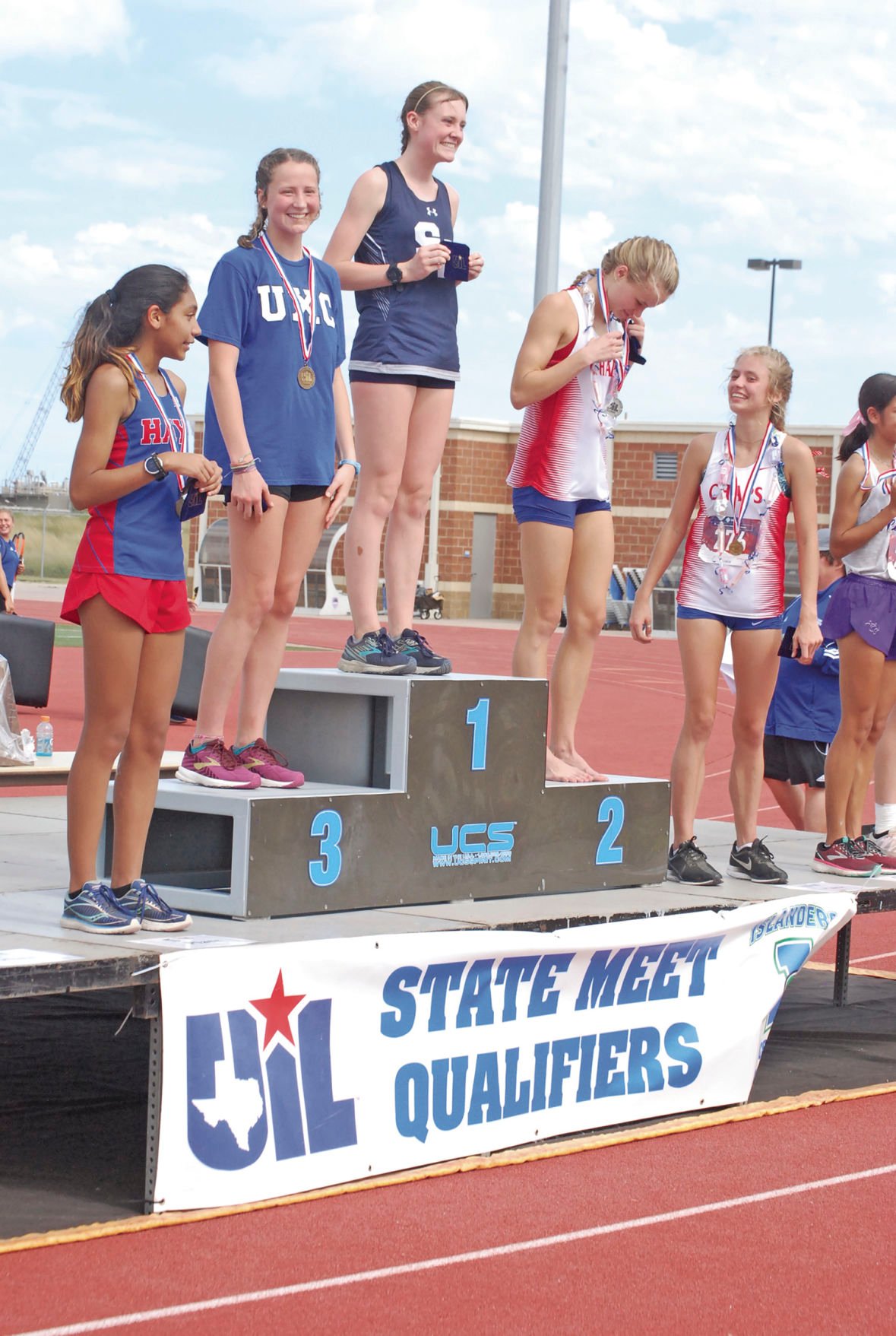 Canyon senior Cameron Ikels runs alongside a pack of other competitors during the Class 6A state cross country meet at Old Settlers Park in Round Rock. Courtesy photo

There may have been adversity in the way of Smithson Valley, Canyon and New Braunfels during the 2019 cross country season, but true to form, each athlete kept on putting one foot in front of the other.

The end result was another stellar year for all three squads, which saw at least one representative advance to the Class 6A state meet at Old Settlers Park in Round Rock. The Lady Unicorns saw sophomore Kennedy Fontenot earn a berth at state, while the Rangers and Cougars sent multiple athletes to the state competition in November.

Canyon’s boys and girls teams each qualified for state, while the Lady Rangers advanced as well and were paced by junior Sara Scott’s fourth-place individual finish. Smithson Valley senior Samuel Torres also punched his ticket to the biggest race of the fall.

“We knew that the girls team had a lot of talent and there was a lot of potential there because they’re fairly young,” Hall said. “We have no seniors on the team, so it was knowing that we can build for the future but still have some success right now.”

The Rangers’ boys squad was also on track to compete at state until a string of misfortunes at regionals cost them a qualifying spot by a single point. Still, Torres advanced as an individual and took 54th in Round Rock with a time of 15:44.20.