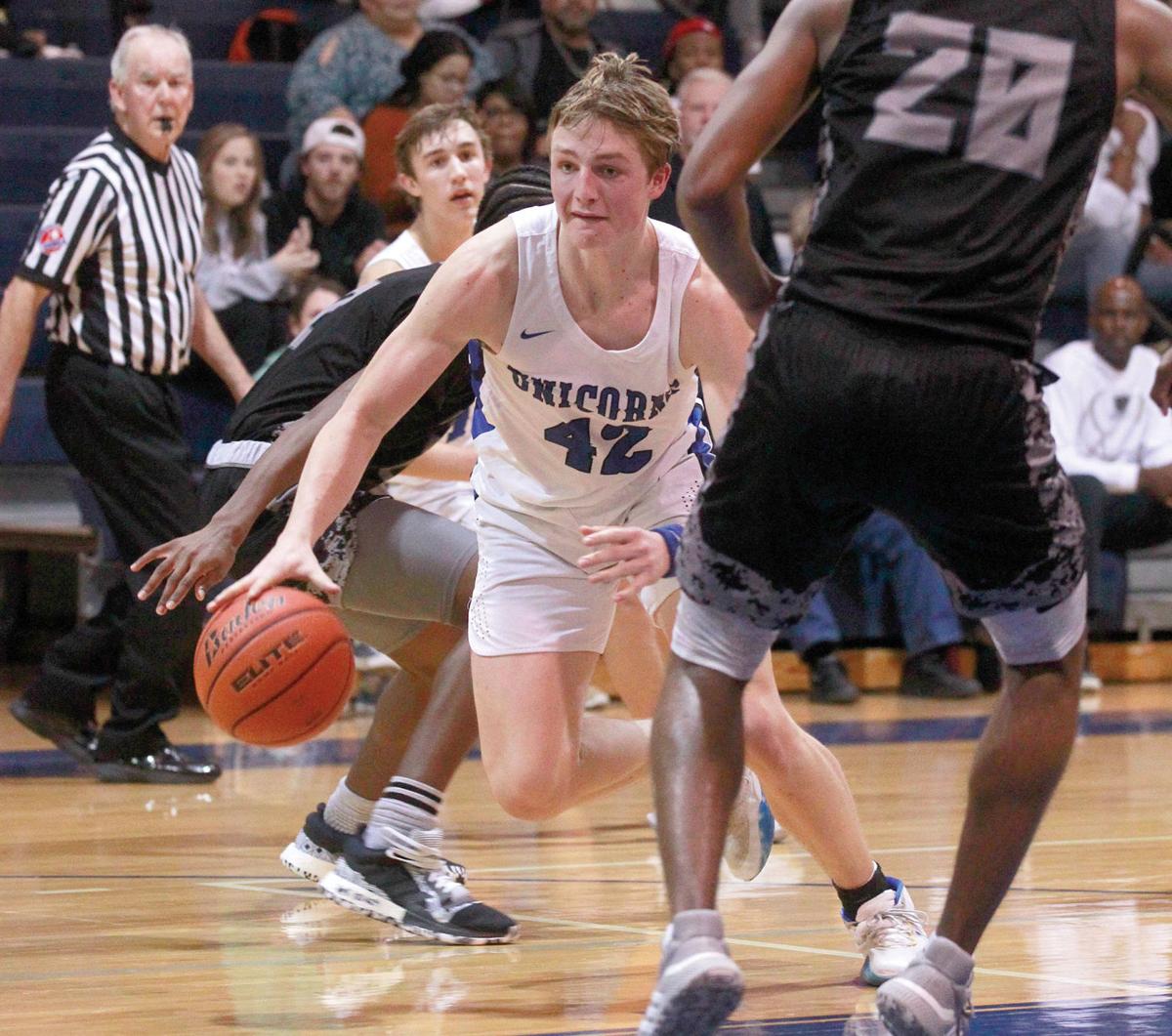 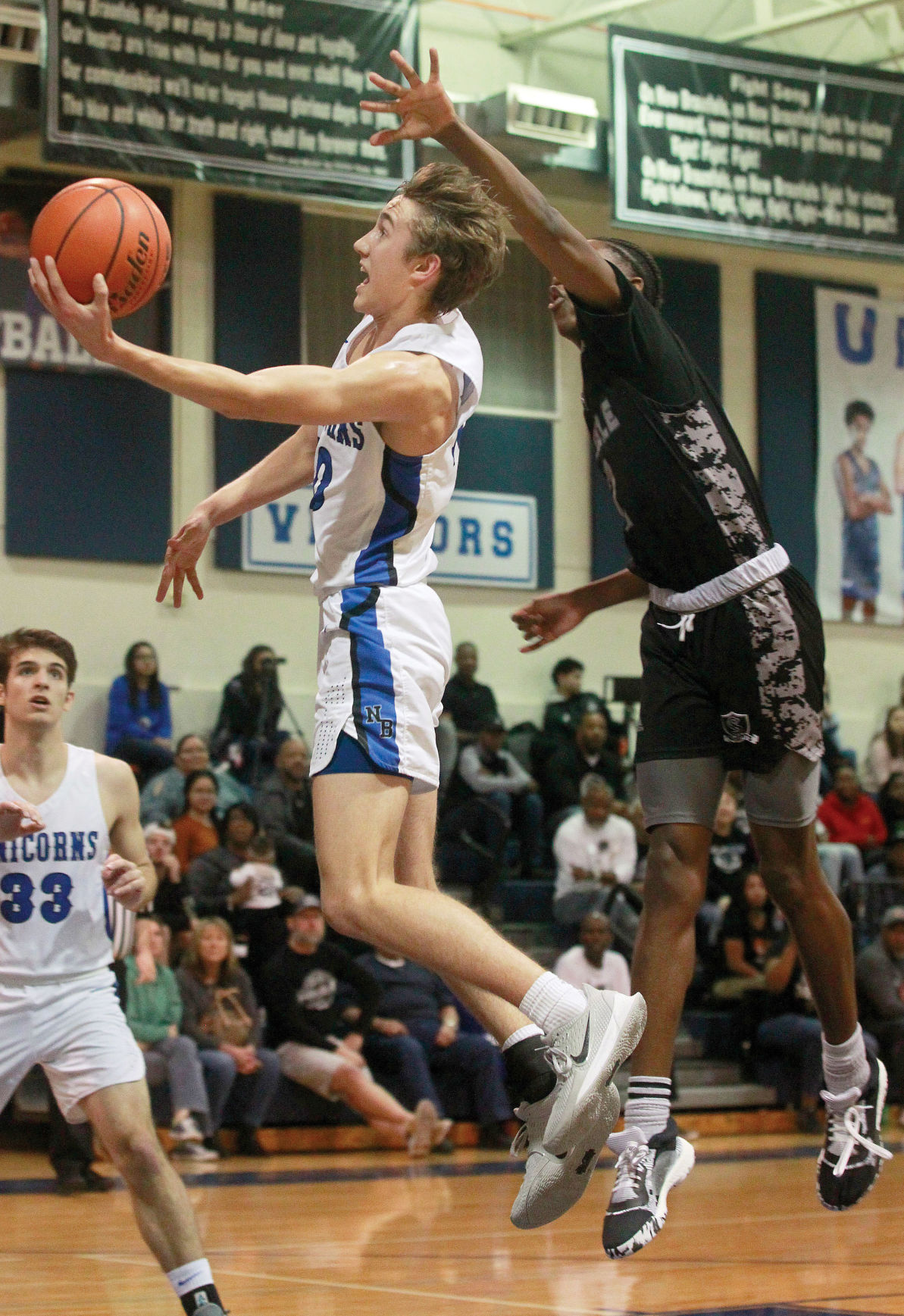 Senior guard Eli Datesman glides to the rim for a layup attempt versus the Knights during Friday’s game.

Senior guard Eli Datesman glides to the rim for a layup attempt versus the Knights during Friday’s game.

The Unicorns and Knights seemed destined for overtime on Friday night, but Steele’s late basket elevated the visitors to a 47-45 triumph at New Braunfels High School.

New Braunfels (22-10, 5-6) had one final chance to send the District 26-6A seesaw battle into an extra session, but the attempt with 0.88 seconds left missed its mark. Moments earlier, the Knights untied the game before ultimately escaping with the win to improve to 7-4 in league play.

The Unicorns trailed 21-18 after a defensive-minded second period and fell into a six-point deficit prior to the final stanza. Head coach David Brawner’s team tallied 17 points in the fourth, but Steele got the timely buckets it needed to avoid an additional four minutes of play.

The Unicorns now trail both Steele and East Central by two games for fourth place in the 26-6A standings with three contests remaining in the regular season.

New Braunfels is slated to return to action on Tuesday to travel to San Marcos for another league game. Tipoff is scheduled for 7 p.m.