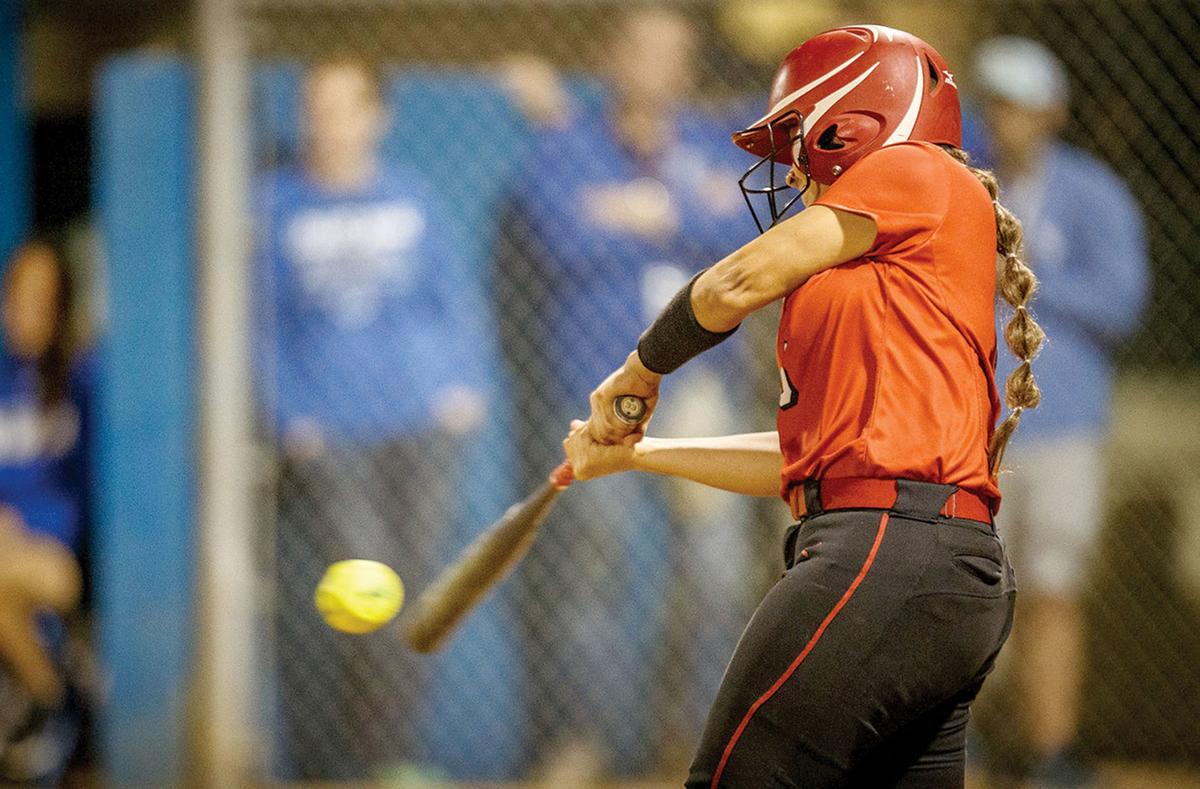 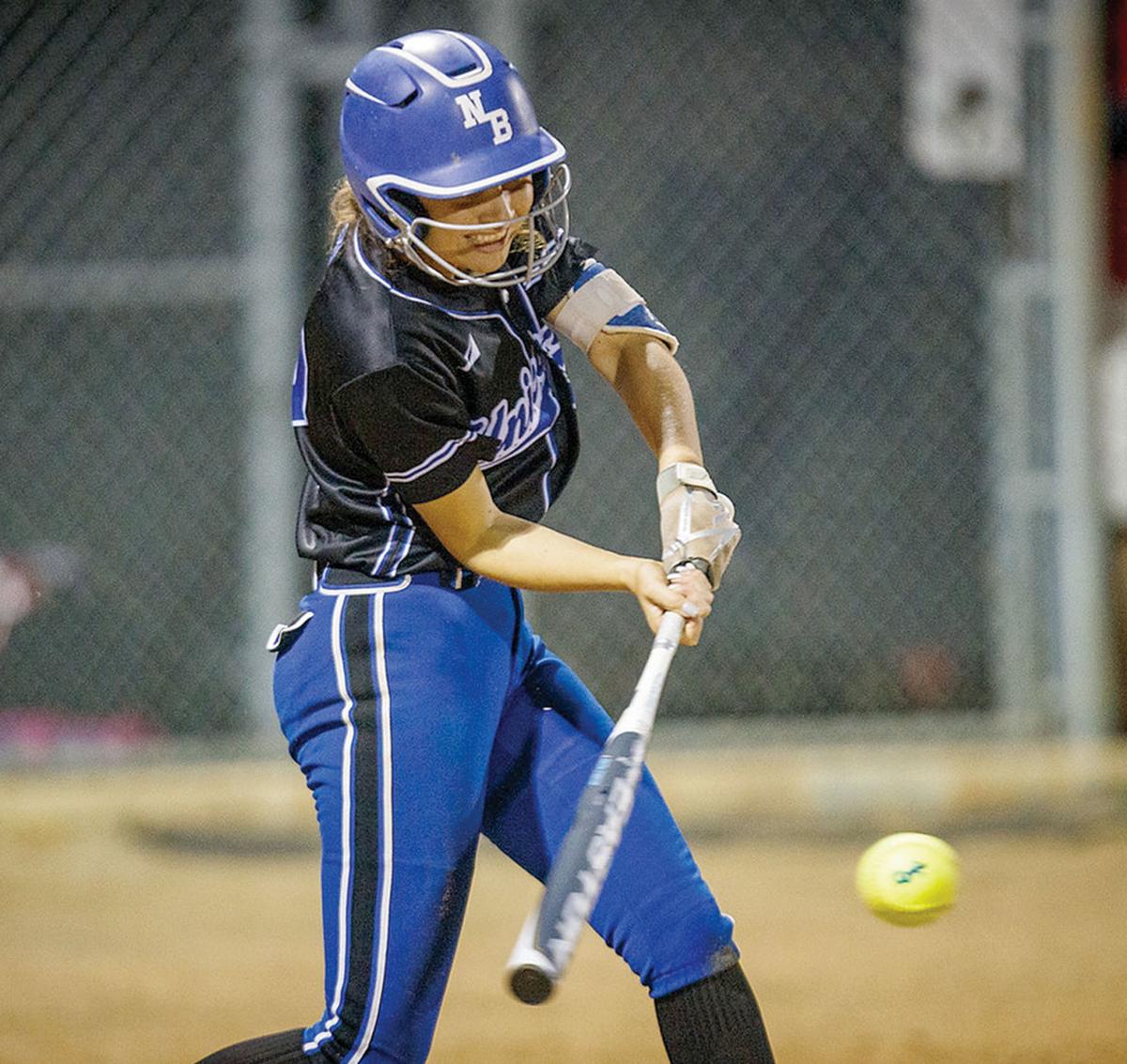 Just when it appeared New Braunfels was on its way to vanquishing rival Canyon Monday night at home in the District 26-6A opener for both teams, the Cougarettes were saved by an incredible power surge over the final three frames.

Canyon (9-4, 1-0), the two-time defending Region IV-6A champions, plated 17 runs in the latter innings and launched four total home runs en route to posting a 21-14 comeback victory. The Lady Unicorns (9-4, 0-1) led by as many as eight runs but were unable to seal the deal against their nemesis.

“That was definitely one for the books,” Canyon head coach Kevin Randle said. “We’ve had some interesting and intense games over the last 20 years, but this is one I’ll definitely remember. It felt like we were swimming upstream all night. Every time we would get close, they would go on a run and get more separation. I kept telling the girls that if they stayed disciplined at the plate, we would have a chance.”

New Braunfels, which was seeking its first district win against the Cougarettes since March 7, 2014, got off to a torrid start on Monday by striking for six runs in the opening two frames.

Emma Tolle tied the game in the bottom of the first with an RBI single, and teammate Laci Silva added a two-RBI single to right field moments later. Mycah Seelhammer then provided an RBI fielder’s choice to help the Lady Unicorns grab a 4-1 lead.

New Braunfels went up 6-1 in the second following a Canyon error and a sac fly from Tolle, but the Cougarettes trimmed their deficit down to two heading into the bottom of the fourth. Kaylyn “KK” Cordero smacked a solo home run to begin the third and a pair of Lady Unicorn miscues brought home two more tallies.

However, head coach Andy Schmid’s team erupted for six runs during its half of the fourth to build a commanding 12-4 advantage. Tolle cleared the bases with a three-RBI triple and New Braunfels also received an RBI groundout from Silva in addition to an RBI double off the bat of Lily Warren.

With the game seemingly headed toward mercy-rule territory, the Cougarettes instead got busy forging an immediate rally. Canyon plated seven runs in the top of the fifth — three of which came via bases-loaded walks. Kinley Naizer began the outburst with a two-run single, and a Lady Unicorn error later allowed the last two runs of the half inning to cross the plate.

Silva added an RBI fielder’s choice in the bottom of the fifth, but the Cougarettes’ comeback bid had already taken hold. Canyon tacked on another 10 runs in the top of the seventh to change the complexion of the contest for good.

The surge included a pair of two-run homers by Hunter Vestal, a two-run bomb from Bella Mitchell, an RBI double by Cordero and RBI singles courtesy of Isabel Armendariz and Catherine Kuhn.

“I’m pretty sure we left more than 10 runners on base,” Randle said. “We couldn’t come up with the key hits to get over the hump until the big innings late in the game. We still have a lot of stuff to work on and many areas need improvement, but I was very proud of the way the girls stayed mentally in the game and never lost hope.”

Silva added her fifth RBI of the night in the bottom of the seventh, but by that point, Canyon had already put the game well out of reach. Tolle led New Braunfels by going 2 for 5 with five RBIs, while Warren, Kortlyn Cook and Kourtney Neely all posted a pair of hits.

Mitchell picked up the win in a relief effort after tossing the final five frames and allowing eight runs — three earned — on six hits while striking out five.

Averi Cruz took the loss from the pitcher’s circle for New Braunfels.