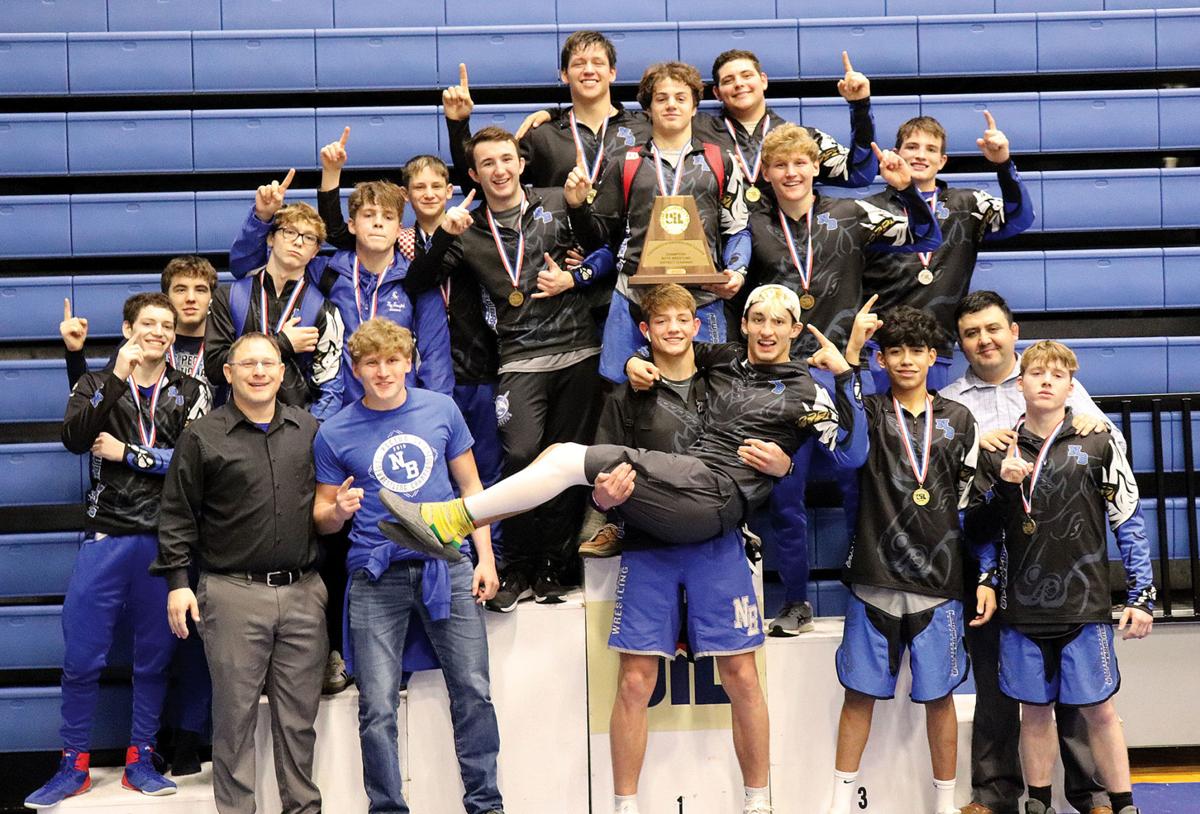 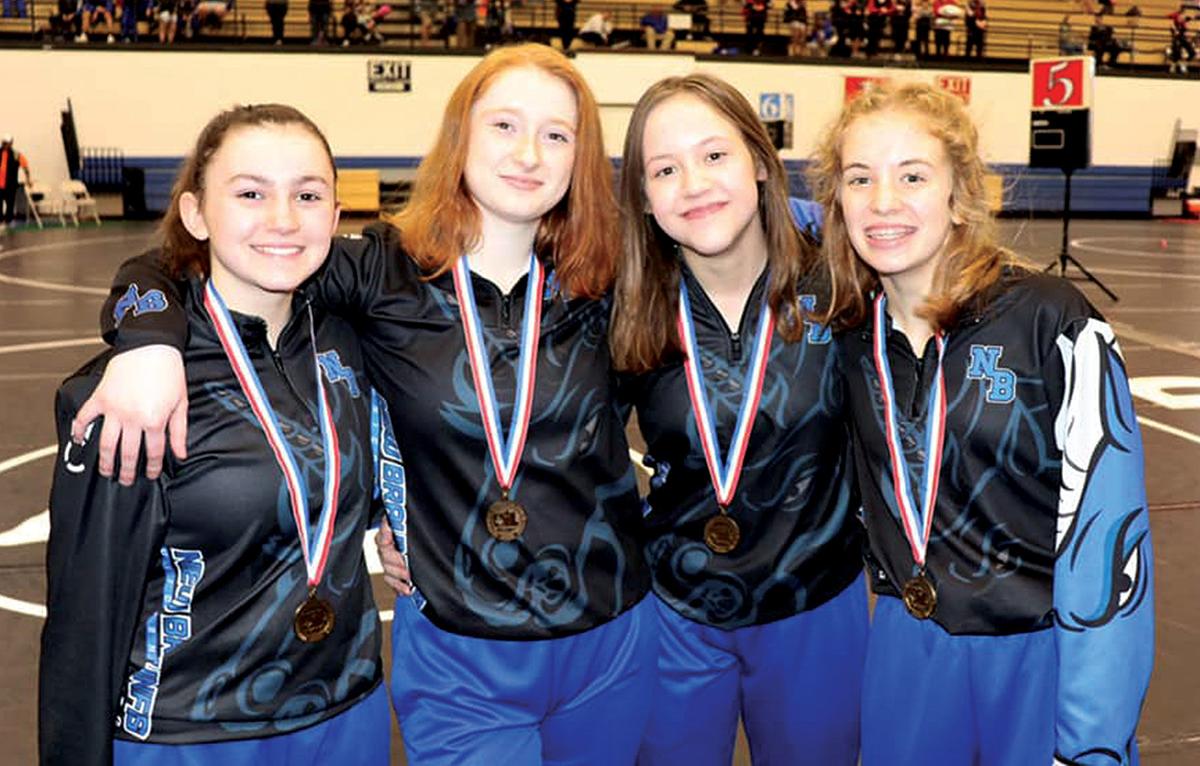 The Lady Unicorns’ regional qualifier and three alternates pose for a photo at the district meet.

The Lady Unicorns’ regional qualifier and three alternates pose for a photo at the district meet.

SAN ANTONIO — As the New Braunfels wrestling team prepares for a strong run at the regional championships in San Antonio, head coach Adam Sandoval can’t help but reflect on what’s already been another record-setting year on the mat.

The Unicorn boys are sending a dozen wrestlers to North East ISD’s Blossom Athletic Center in San Antonio for the Region IV-6A tournament, which begins today and concludes Saturday. Sending 12 qualifiers is a new program-best mark for New Braunfels, which continues to climb the ranks as an area wrestling powerhouse.

But that’s just the tip of the iceberg.

“I really liked the boys team’s resilience,” Sandoval said. “We had to make some major changes to our lineup because of some injuries right before the district tournament and the kids handled it well. Some kids had to drop weight classes, some kids wrestled up in weight, but they didn’t complain and didn’t let it affect their performance — they showed up ready to battle. The team race was close the whole tournament, but the guys bounced back from some tough losses and put themselves in position to win going into the finals.”

It was the second individual district championship for both Cairns and Laurel.

Sandoval said he was proud of every team member for continuing to keep the program’s standards sky high.

“That makes three district championships and a runner-up finish for this senior class, which has continued to raise the bar,” Sandoval said. “It has been a very special group of competitors and they will look to continue to raise the bar this weekend.”

The Lady Unicorns will be sending one competitor — Madeline Hezel — to regionals to compete in the 110-pound division after she took third place at the district event following a fall in the third period. Three other wrestlers — Lindsey Sheridan, Lily Haynie and Gabby Karate — will be alternates at regionals for New Braunfels.

The Lady Unicorns took sixth place as a team despite only having four members, and all four of those competitors are now scheduled to make the trip to San Antonio today.

“I was proud of how our girls finished,” Sandoval said. “They are a very young group and took some losses to more experienced wrestlers early, but they bounced back and won some tough matches to end on a positive note.”

As for New Braunfels’ JV squad, it also performed well at the 13-6A tournament, as 13 different wrestlers finished in the top four.

Weigh-ins for the regional tournament begin at 7 a.m. today at Littleton Gymnasium in San Antonio, while matches are set to start at 8:30 a.m.