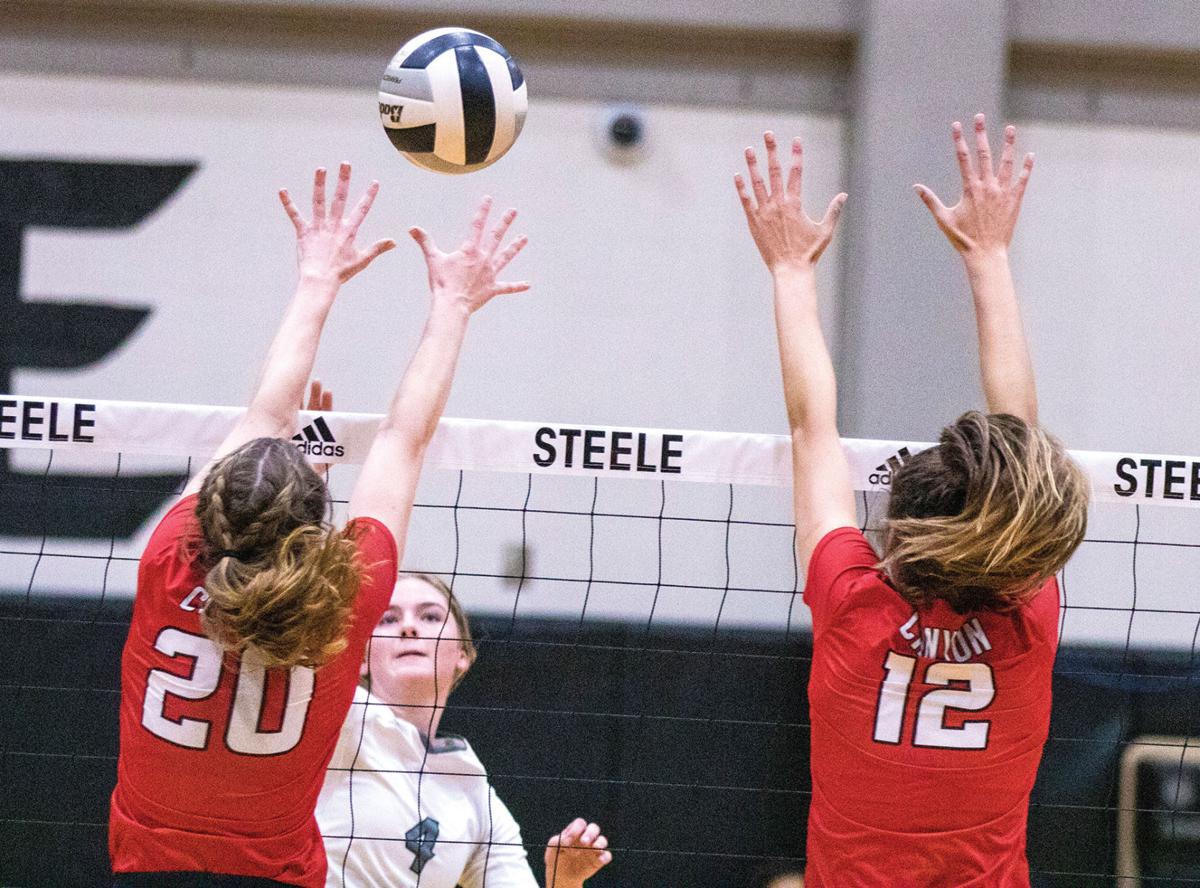 Canyon’s Kyla Malone (20) and Angel Jones (12) work in tandem to try and reject a shot by Steele’s Rilee Sherman during Tuesday night’s match in Cibolo. 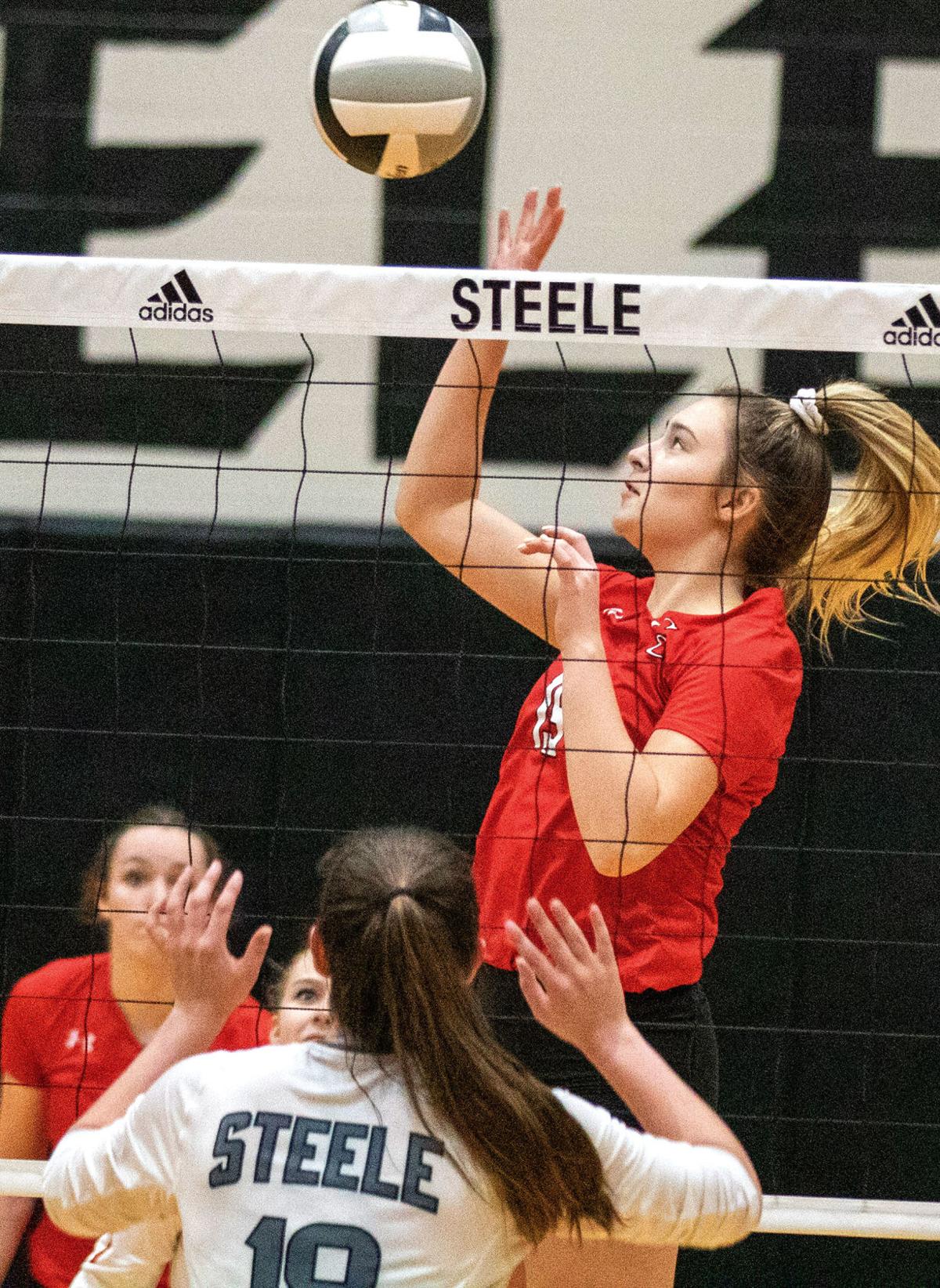 The Cougarettes Emma Jubela elevates for a hit against the Lady Knights.

Canyon’s Kyla Malone (20) and Angel Jones (12) work in tandem to try and reject a shot by Steele’s Rilee Sherman during Tuesday night’s match in Cibolo.

The Cougarettes Emma Jubela elevates for a hit against the Lady Knights.

CIBOLO — The Cougarettes won their third District 26-6A match in a row Tuesday night in Cibolo after sweeping past Steele 3-0.

Canyon seized control of the contest early and never relented during its 25-19, 25-15, 25-21 triumph on the road. Head coach Heather Sanders’ team is now 26-14 overall and 5-1 in 26-6A play, with its lone loss coming against league-leading Clemens.

Taylor Thorpe delivered a team-high 21 assists for the Cougarettes, and teammate Matti Theurer led the back row with 22 digs. Addison Evans chipped in 10 digs, while Thorpe, Evans, Theurer and Angel Jones each served up a pair of aces.

Canyon is now alone in second place in the district standings for the time being. The Cougarettes are set to return to the court on Friday to host San Marcos at 7 p.m.

SAN MARCOS — The Lady Rangers moved into third place in District 26-6A Tuesday night after breezing past San Marcos in three sets.

Lily Sandoval (15 assists) and Maddie Dennis (10 assists) kept the offense in rhythm, while Ortiz and Ashley Acuna both tallied eight digs. Burrell registered a pair of blocks in the win, and head coach Courtney Patton’s club also received two aces each from Dennis and Jaci Mesa.

Smithson Valley will now return home for an important 26-6A showdown against New Braunfels this Friday night. The contest is set to begin at 7 p.m. in Spring Branch.