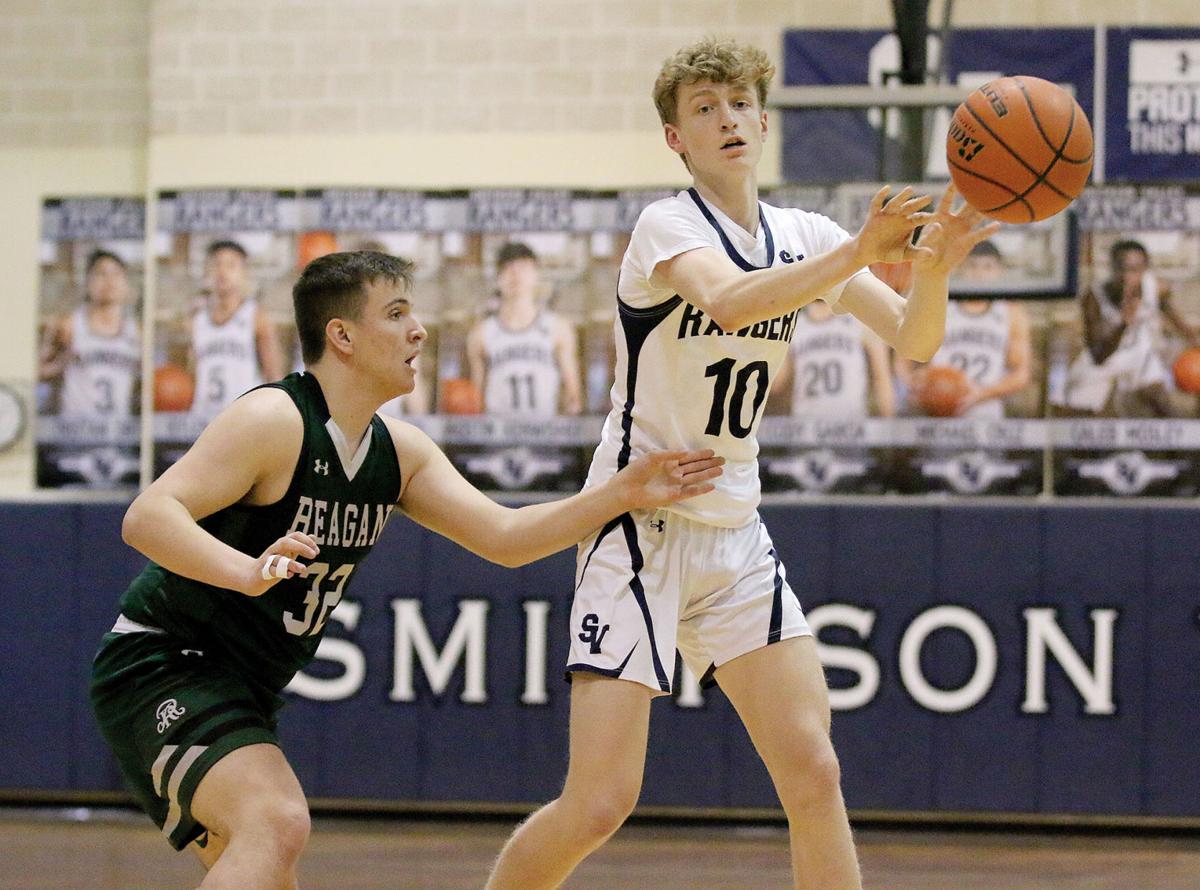 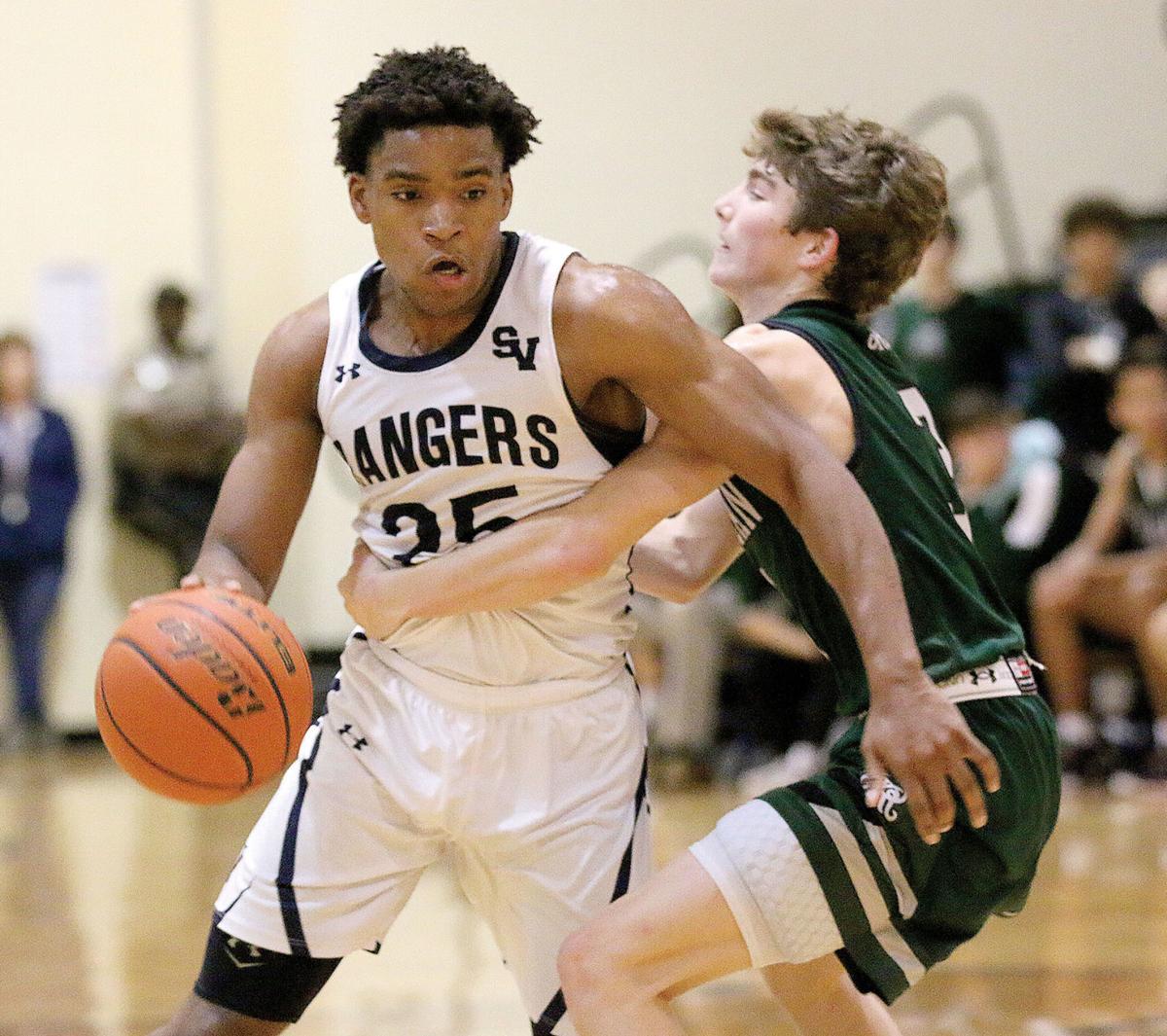 The Rangers’ Armel Talla turns the corner while being held by a Reagan defender on Monday night.

The Rangers’ Armel Talla turns the corner while being held by a Reagan defender on Monday night.

SPRING BRANCH — The Rangers relied on balanced scoring and a strong first-half surge to take down San Antonio Reagan 65-59 Monday night at home in non-district play.

Smithson Valley (10-6) leapt out to a 14-11 edge following the first quarter and poured on another 23 points before taking a 37-27 lead into the locker room at halftime. Head coach Ike Thornton’s team withstood the Rattlers’ comeback bid in the final two periods to collect its second win in a row.

On Dec. 10, Smithson Valley collected a 60-52 triumph against Sam Houston in San Antonio. In that contest, the Rangers pulled away late thanks to 26 fourth-quarter points.

Woodard tallied 19 to lead his team, while Kenwisher added 15 and the duo of Talla and Mount each finished with a dozen points.

Smithson Valley has two games remaining prior to the beginning of District 26-6A play. The Rangers are scheduled to travel to San Antonio to face Churchill this Friday at 7 p.m. and will return to action on Monday, Dec. 30 to host a 12:30 p.m. matinee against San Antonio MacArthur.

The Cougars improved to 5-8 on the season Monday night at home after dominating the first three quarters against San Antonio Lee and cruising to a 50-43 win.

Canyon took a 28-16 lead into the half and extended that edge even further following a 16-8 run throughout the third quarter. The Volunteers outscored the Cougars 19-6 in the final stanza, but it wasn’t enough to derail Canyon.

Head coach Paul Buntyn’s team is now set to hit the road on Friday for a 7 p.m. contest at San Antonio Reagan.

SAN ANTONIO — The Unicorns were undone by a slow start Monday in San Antonio as Roosevelt rode away with a 57-31 victory.

New Braunfels (13-4) trailed 19-5 after the first quarter and saw the deficit balloon to 22 points by halftime.

Next up for the Unicorns is a trip to Brazosport for their annual holiday tournament on Dec. 27 and 28.