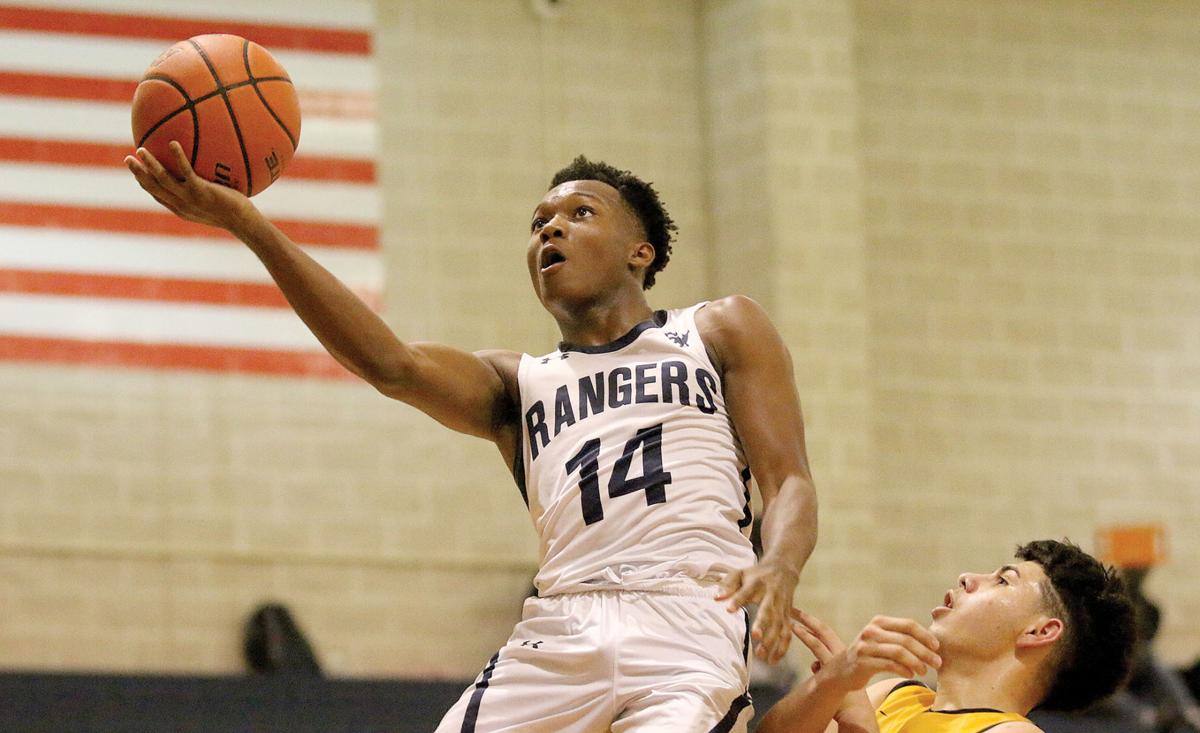 Smithson Valley’s Devante Mount attempts a scoop layup in the lane during Friday’s district game against East Central. The Rangers prevailed in overtime. 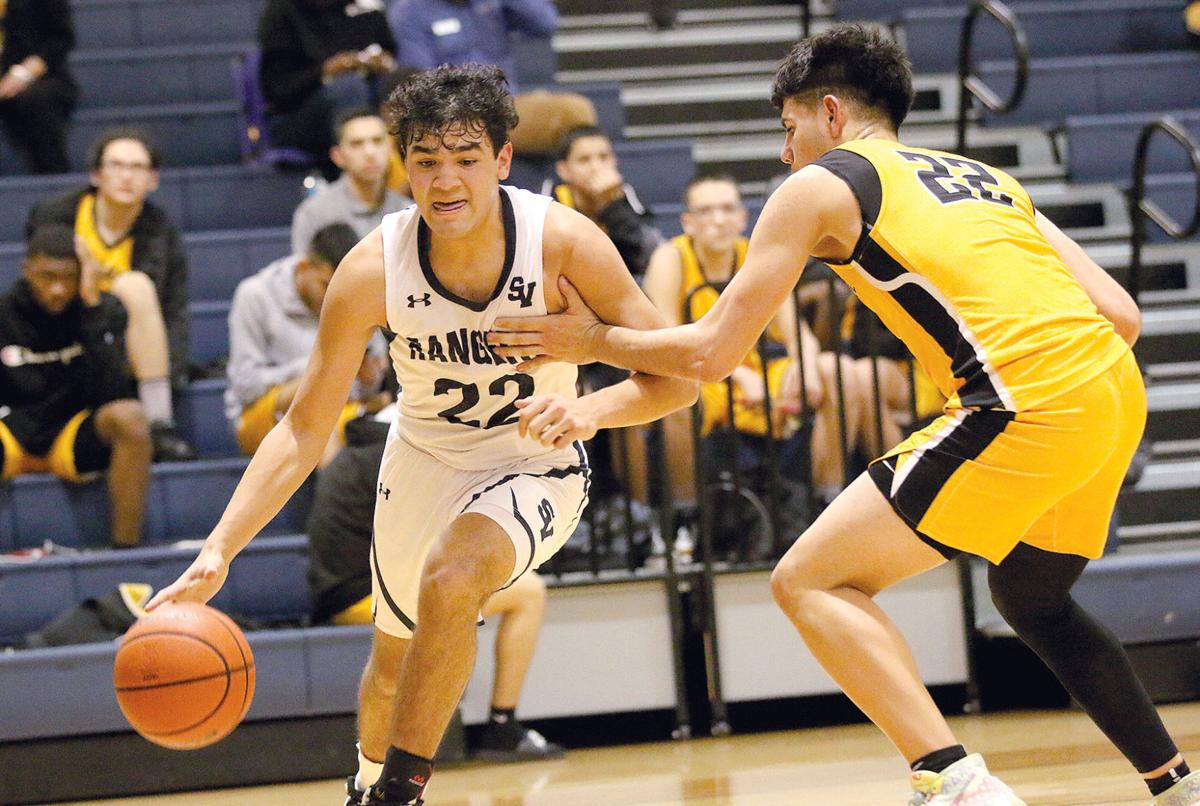 Smithson Valley’s Devante Mount attempts a scoop layup in the lane during Friday’s district game against East Central. The Rangers prevailed in overtime.

SPRING BRANCH — The Rangers and Hornets took turns matching each other with key runs during Friday night’s District 26-6A clash in Spring Branch, but it was head coach Ike Thornton’s team that got the last laugh.

The Rangers (14-7, 3-0) saw the Hornets force overtime thanks to a 24-point outburst in the final quarter of regulation, but Smithson Valley won the extra session 16-11 to prevail 80-74 at home and remain perfect in league play thus far.

The Rangers took a slim 17-15 edge after the opening period but watched the visitors vault ahead by five at the half after putting together a 17-10 surge in the second.

It was Smithson Valley’s turn to leapfrog ahead in the third quarter, as the Rangers clamped down defensively and only allowed seven points in the period.

And while East Central had one final comeback bid in store down the stretch, Smithson Valley had enough gas left in the tank to motor past the Hornets during the four-minute overtime.

Devante Mount led all scorers with his 20 points for the Rangers, while Austin Kenwisher and Owen Woodard tallied 18 and 17 points, respectively. Zayden High chipped in 10 points and Armel Talla finished with seven in the victory.

East Central was paced by Diego Mendez’s 18 points in the setback.

Smithson Valley is now slated to hit the road on Tuesday night for a 7 p.m. district game at Judson.