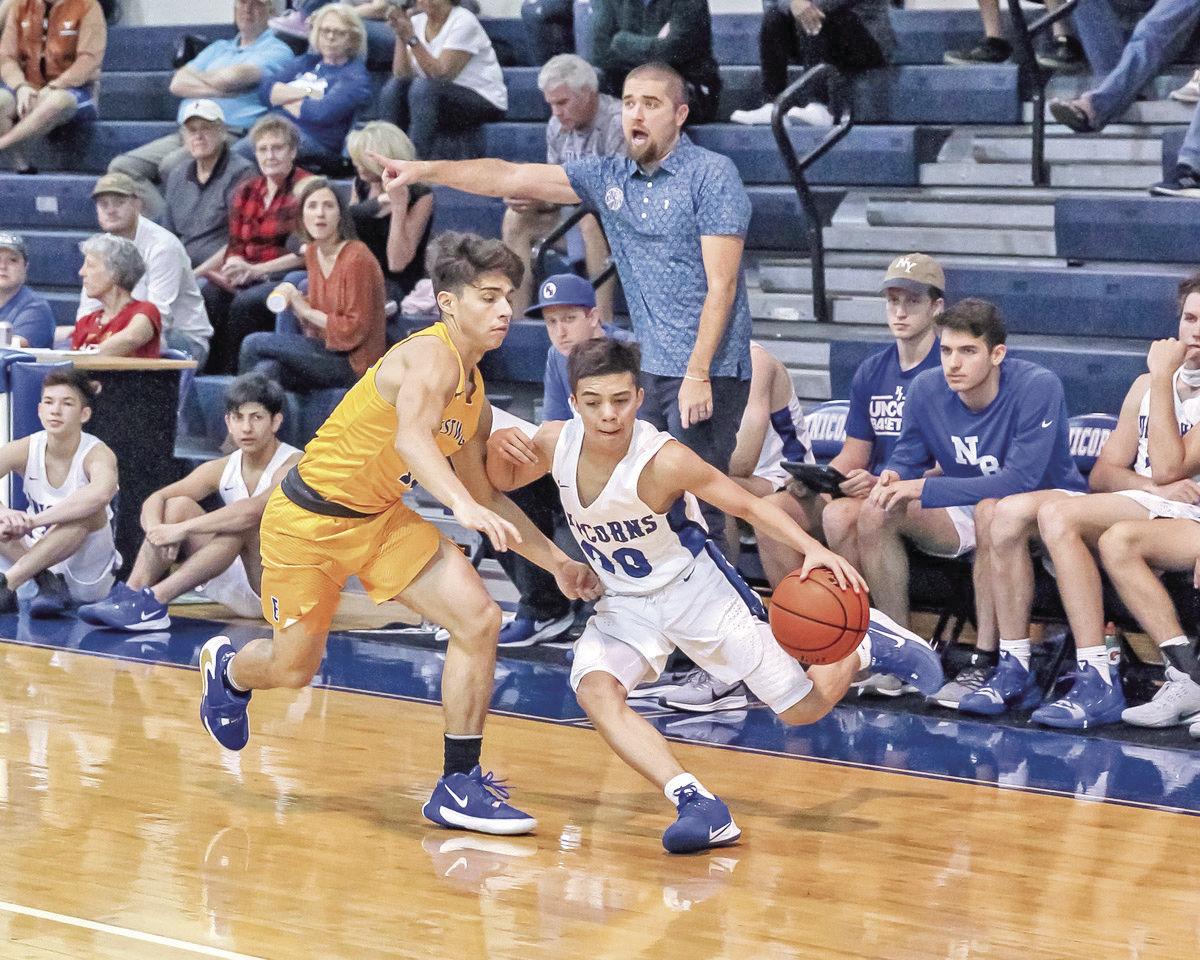 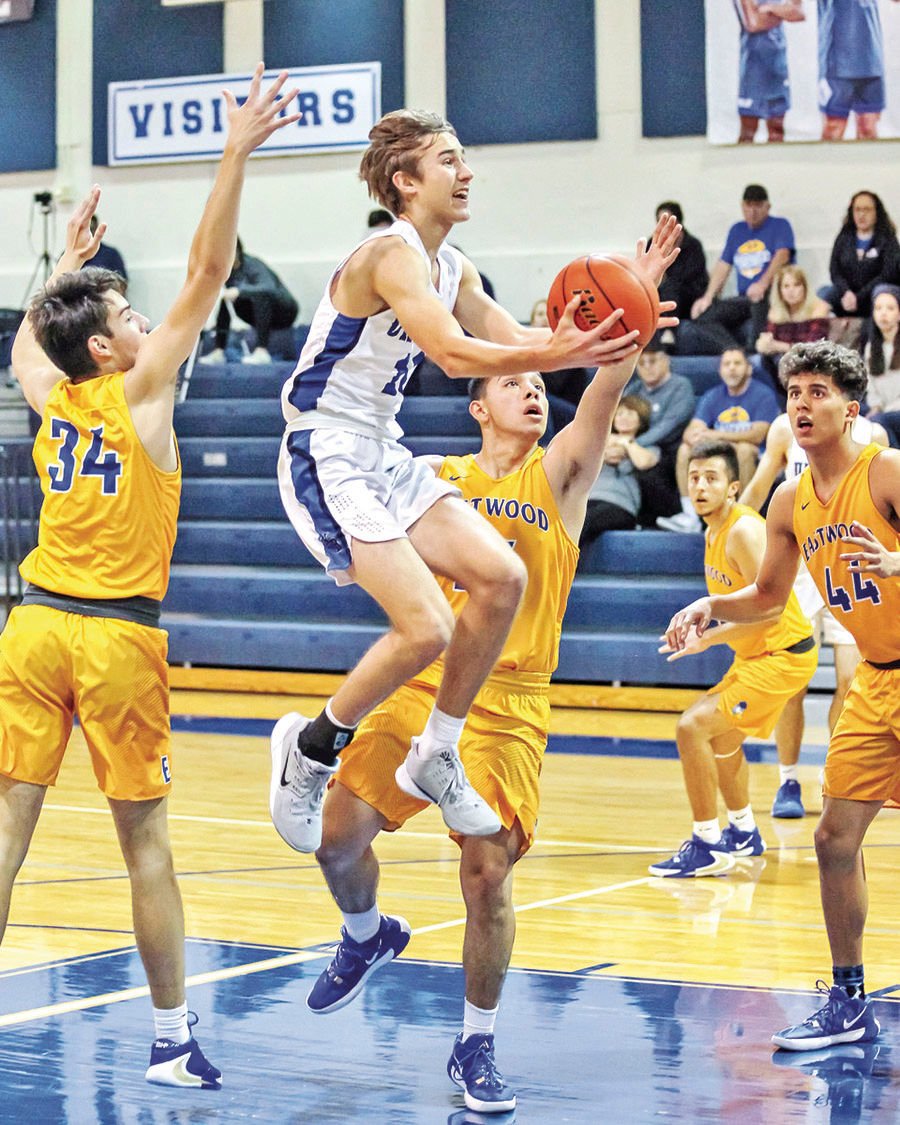 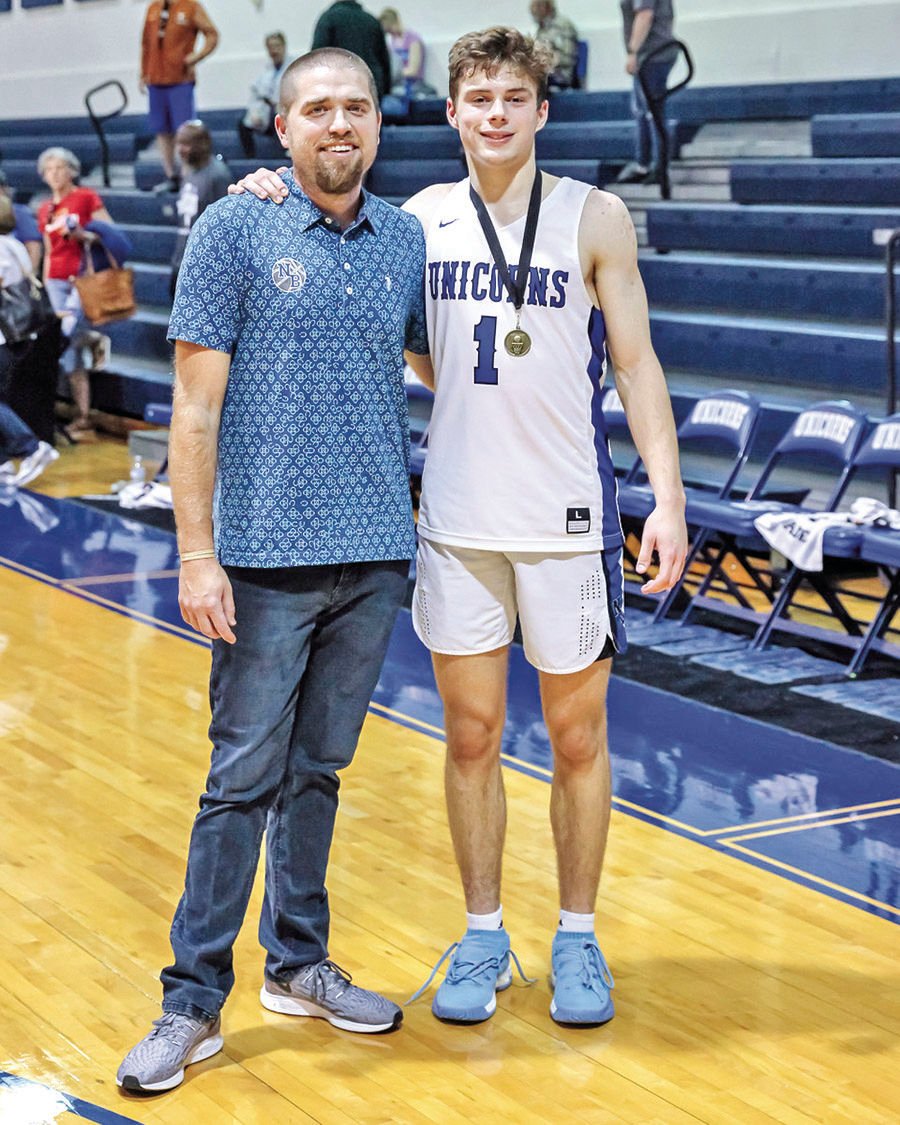 The Unicorns made amends for their only loss of the River City Classic by claiming the gold bracket championship Saturday in their home gym.

New Braunfels (14-3) shrugged off a buzzer-beater in Friday’s finale to go 2-0 against San Antonio Johnson and El Paso Eastwood the next day.

Head coach David Brawner’s team defeated Johnson 53-43 in the gold bracket semifinals and then outlasted Eastwood 40-26 in the title game.

The Unicorns led 13-6 against Eastwood following the opening stanza and used a 12-4 run in the fourth quarter to pull away for good.

Senior Mason Pullen tallied nine of his team-high 22 points in the first quarter and was named an all-tournament selection following the event.

Pullen averaged 15.6 points per game during the River City Classic for New Braunfels.

Earlier in the day against Johnson, the Unicorns leapt out to a 16-9 lead following the opening period and added a 12-5 run throughout the third quarter to build a 12-point edge.

Pullen once again paced his team’s effort by tallying a dozen points, while Lewis chipped in 11.

Reid and Datesman put in another nine and seven points, respectively.

Results from that game will be published in an upcoming issue.

The Canyon boys basketball team beat Seguin 64-61 Saturday at home to finish the River City Classic with a winning record at 3-2.

The Cougars (4-7 overall) rallied from five down at the end of the first quarter to seize a 32-31 advantage at intermission. Head coach Paul Buntyn’s team added another 32 points in the second half to fend off the pesky Matadors.

The Cougars hosted Lee Monday night in a non-district contest. A report from that game is set to be printed later this week.