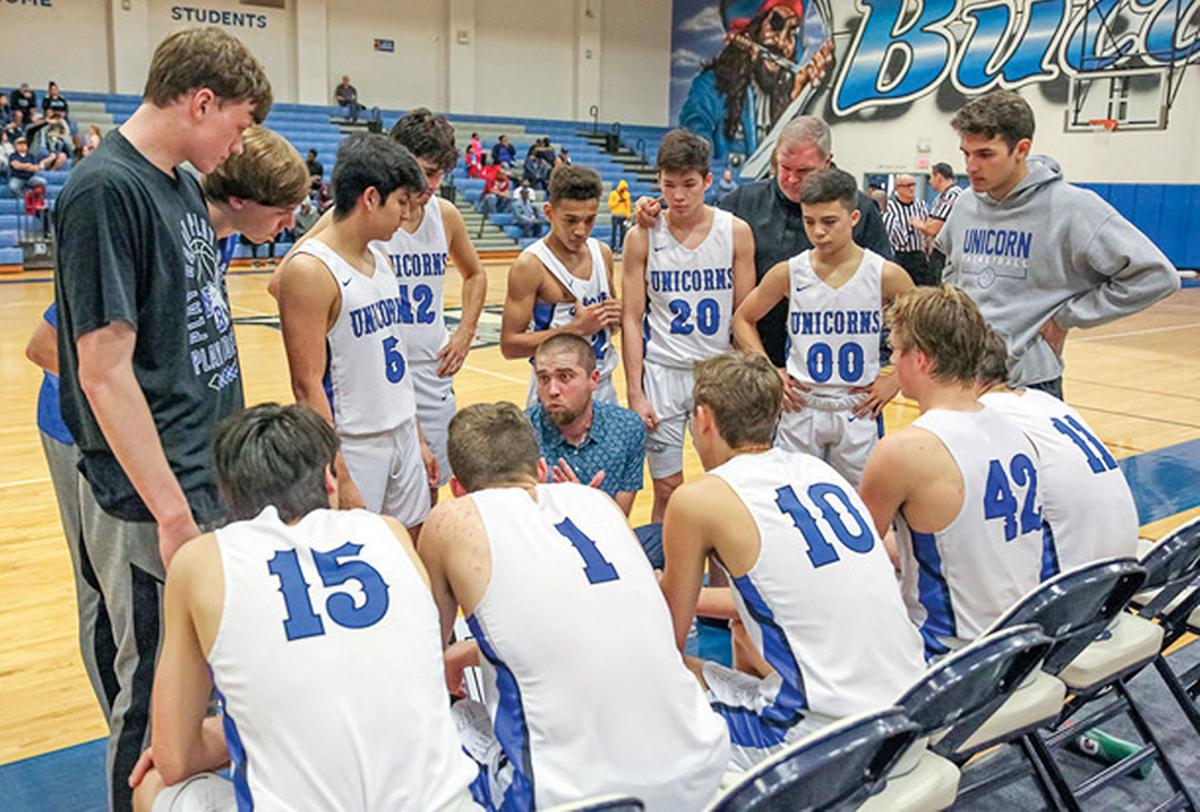 New Braunfels head coach David Brawner discusses strategy with his team during a timeout at the Brazoswood ISD Holiday Classic. 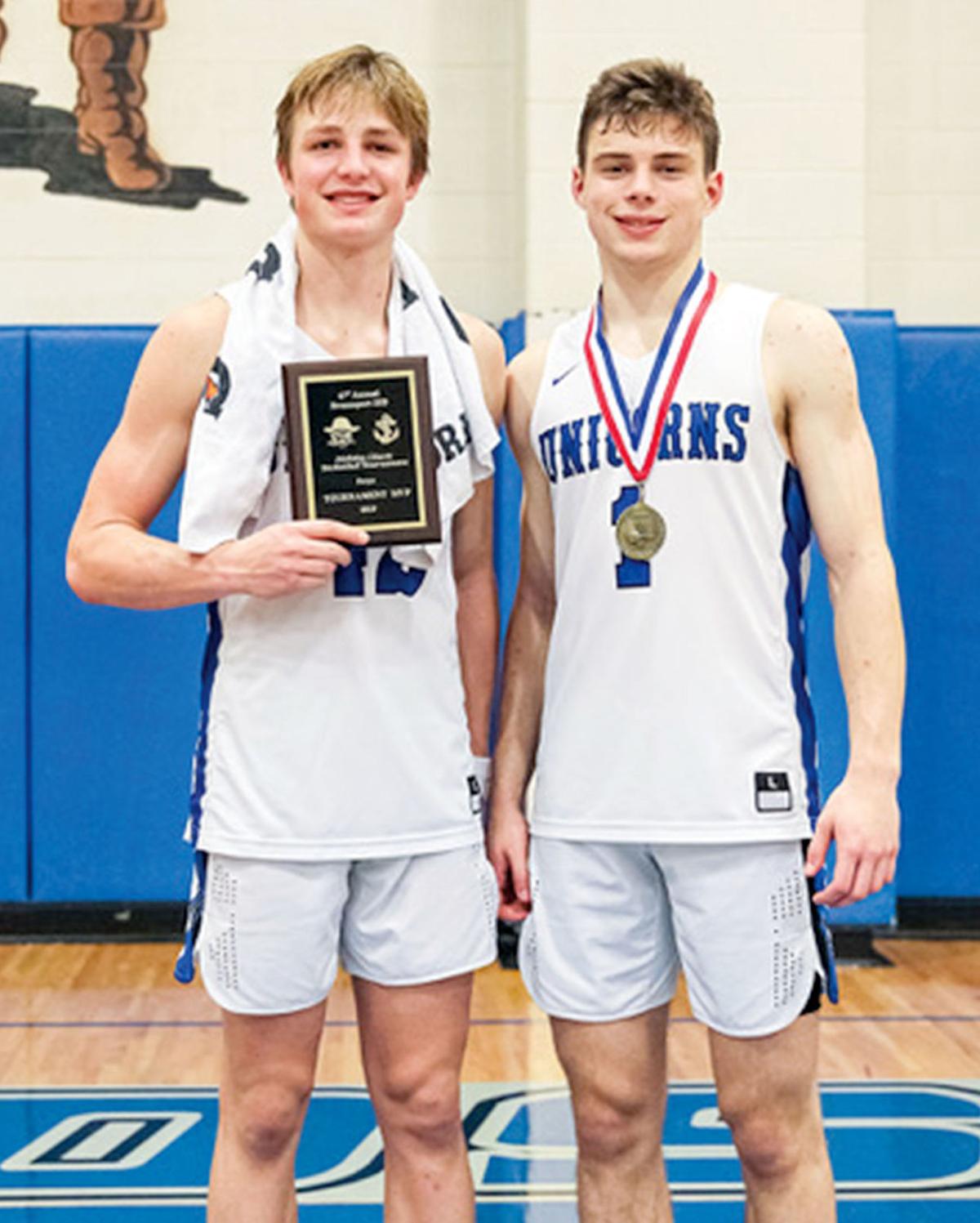 New Braunfels head coach David Brawner discusses strategy with his team during a timeout at the Brazoswood ISD Holiday Classic.

BRAZOSPORT — The Unicorns overcame every bit of adversity that was thrown their way over the weekend while capturing the Brazosport ISD Holiday Classic championship.

New Braunfels was besieged by injuries, deficits and comeback bids during the event, but head coach David Brawner’s team emerged unscathed after posting a 4-0 record and defeating District 26-6A foe Clemens 60-58 during this past Saturday’s title game.

“We’ve grown a ton over the last two months,” Brawner said. “We were able to win an overtime game in round two in which the other team made a remarkable shot at the buzzer to tie the game. We came back against Texas City after being down 11 in the fourth and won on a 3 at the buzzer, and we were able to beat Clemens without several players.”

The Unicorns (18-4 overall) built a lead as large as 20 points against Clemens and were able to hold on down the stretch despite being without centers Sam Rankin, Myles Miller and Jack Lewis.

New Braunfels switched to a slower pace in the final stanza after entering the period up by 16, and the Buffs used a few turnovers to trim the lead down to just six. However, the Unicorns sealed the win from the foul line and successfully clinched the tournament title.

Following the finale, New Braunfels’ Grant Jacobs was named the tournament’s MVP, while Mason Pullen earned a spot on the all-tournament team. The duo led the way against Clemens, as Pullen provided 16 points and Jacobs added a dozen.

Saturday began with a wild win against Texas City in which Datesman proved to be the hero.

With the Unicorns down by two and time running out, Datesman knocked down a game-winning 3-pointer as the buzzer to lift New Braunfels to a thrilling 49-48 victory in the semifinals. The shot helped the Unicorns erase an 11-point deficit with five minutes left to play.

Pullen delivered a team-high 19 points against Texas City, while Datesman added 11 and Reid finished with eight.

Brawner’s team swept Friday’s doubleheader after taking down a shorthanded Scarborough team and pulling away in the extra session against Angleton.

Lewis was forced to leave the game against Scarborough with 12 points after injuring his ankle. His teammates ensured that New Braunfels picked up the win, though, as the Unicorns led by 20 at the half and coasted from there.

In the win over Angleton, the Unicorns survived overtime after seeing the opposing team tie the game at the end of regulation. New Braunfels won the additional period 7-2 and were paced by the trio of Datesman (21 points), Pullen (19 points) and Reid (15 points), who all finished in double figures.

Brawner said his team’s 4-0 performance in Brazosport was a reflection of the players’ dedication and mental toughness.

“It’s a great group of kids that believe in each other and in the culture,” Braener said. “We are very coachable and willing to take coaching. I think more than anything this is why we have continued to improve.”

The Unicorns are set to open District 26-6A play on Friday by hosting Canyon at 7 p.m. on alumni night.