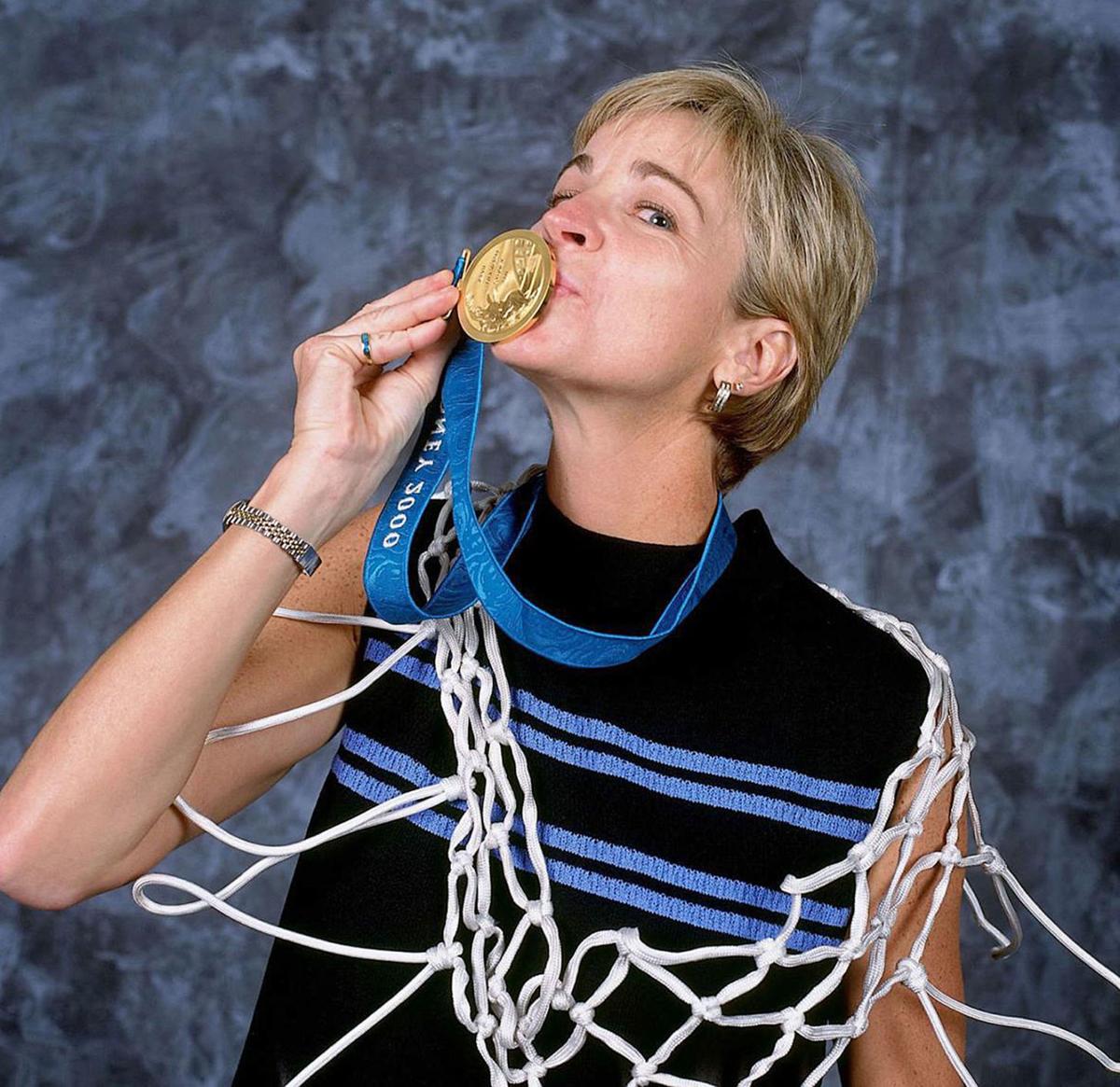 Hall of Fame inductee Nell Fortner, a Unicorn alum, was a two-sport star at the University of Texas and went on to have an illustrious coaching career, which included three gold medals with the USA Women's National Team. 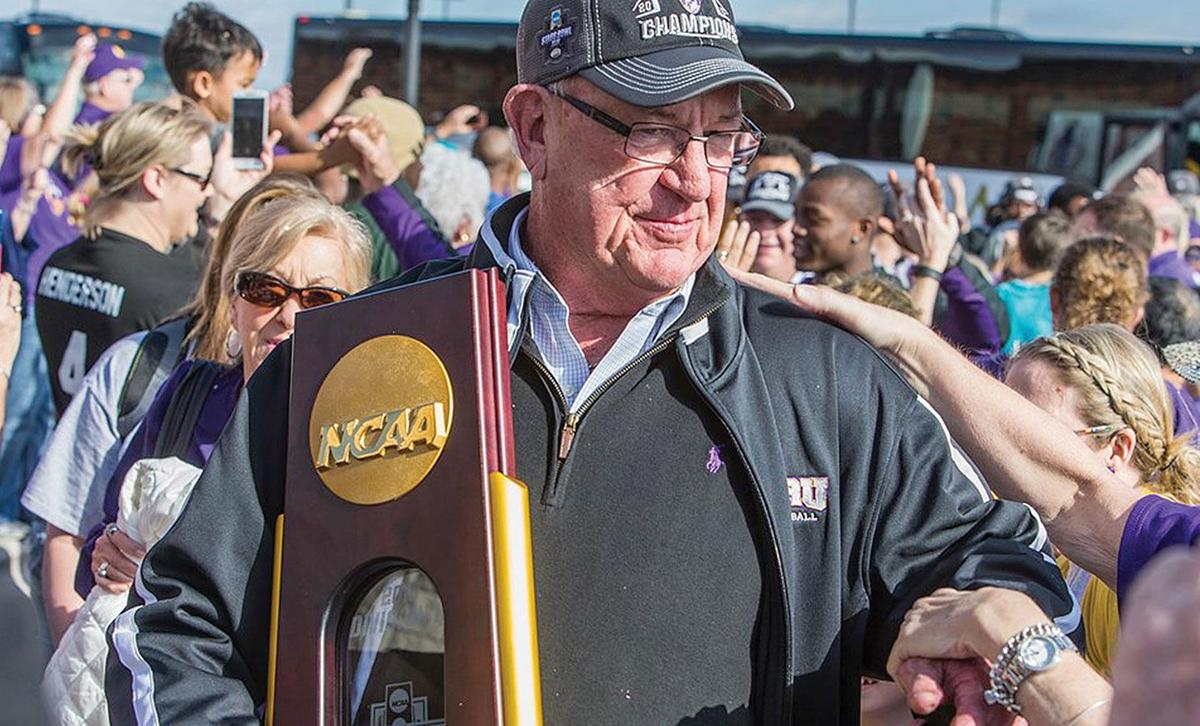 Former Canyon and New Braunfels coach Pete Fredenburg, who has spent the past 20 seasons at Mary Hardin-Baylor, was elected to the Texas Sports Hall of Fame this spring.

Hall of Fame inductee Nell Fortner, a Unicorn alum, was a two-sport star at the University of Texas and went on to have an illustrious coaching career, which included three gold medals with the USA Women's National Team.

Former Canyon and New Braunfels coach Pete Fredenburg, who has spent the past 20 seasons at Mary Hardin-Baylor, was elected to the Texas Sports Hall of Fame this spring.

Editor’s note: This is the second of a two-part series honoring former Unicorns who achieved Hall of Fame status in 2018. Saturday’s edition featured Kliff Kingsbury.

When Nell Fortner moved from Mississippi to New Braunfels during her sophomore year, it gave her the opportunity to play organized sports for the very first time.

With a 6-foot-2 frame and natural athletic abilities, Fortner was an instant two-sport start for the Unicorns in both volleyball and basketball. In fact, she was so dominant that head basketball coach Karen Fredenburg had to recruit her husband, head football coach Pete Fredenburg, to try and play defense against Fortner at practice.

“Periodically, Karen, my wife, would ask me to come and help by guarding Nell and try to help her develop some as a post player,” Pete said. “I just had to go foul Nell because she was so good.”

Fortner appreciated the help and remembers Pete Fredenburg as someone who was respected by the students and faculty alike.

“He was a fantastic high school coach and he got along with everybody in the school,” Fortner said. “Great energy and enthusiasm for what he was doing and just a friendly coach.”

Fortner and Pete Fredenburg were both elected to the Texas Sports Hall of Fame in Waco this spring, which gave them a chance to reconnect and give thanks to some of their mentors.

“You’re very humbled by it because you know so many people that came before you and you’ve admired them, and then all the sudden you’re up on stage with them,” Fortner said. “You just happen to be around the correct people that made you look good.”

Fredenburg said the Hall of Fame honor is something that he never saw coming.

“I mean it was absolutely incredible,” he said. “You never think about going into the Hall of Fame. You just work, and to accomplish that is amazing. I mean, I never dreamed of anything like that.”

Fortner’s playing career with the Unicorns came during a time when girls basketball featured a three-on-three format. She excelled, averaging 40 points per game in her senior season, which also featured a 72-point outburst.

Fortner earned both Parade All-American and all-state designation and went on to compete in both basketball and volleyball for the University of Texas. She was a member of the 1981 national championship volleyball squad before choosing to pursue a career as a basketball coach.

“Just tremendous coaches and teachers and role models for me,” Fortner said. “I’ll be forever grateful for them. They’re the ones who I got inspiration from and decided I wanted to be a coach and be like them. I owe a lot to everything that I was fortunate to receive at New Braunfels High School.”

Fortner moved through the collegiate ranks and earned her first head coaching gig at Purdue University after serving as an assistant on the 1996 USA Women’s National Team, which won gold at the Olympic Games in Atlanta. She took over as Team USA’s head coach in 1997 and guided the Americans to gold medals at the 1998 FIBA World Championships and the 2000 Olympic Games in Sydney, Australia.

Her coaching career continued with the WNBA’s Indiana Fever in 1999 and concluded with a successful eight-year run at Auburn University. Through it all, Fortner remains extremely thankful for the contributions put forth by those she was associated with.

“You know, there’s so many people to thank that you can spend a day thanking everybody, because when you coach, it’s about everybody you’ve been surrounded by,” Fortner said. “You just do the best you can and hopefully win a few ballgames.”

Pete Fredenburg was a standout athlete in his own right, as he played football for then-Southwest Texas State University in San Marcos. His first foray into the coaching ranks came when he accepted a position at Canyon for a year before moving across town to New Braunfels for 10 seasons.

Pete said the Unicorns were in serious need of a turnaround, which began with a dedicated group of coaches.

“They had not been very good,” Pete said. “We got a group of guys that just really loved being around each other, and I’m talking about our coaches. Then it kind of went down to the players and it was an incredible experience to watch the process and development of going from not a very good program to a really good program. To be around Jim Streety and Jerry Major and all the coaches that were there, it was just incredible fun.”

Pete moved to the college game in 1980 and spent 17 seasons as an assistant at Baylor, LSU and Louisiana Tech. He then got the chance to build the program at UMHB from the ground up, and 20 seasons later, the Crusaders have amassed 210 victories, 15 conference titles and one national championship, which came in 2016.

It all came full circle for Pete in 2018 after he recruited New Braunfels quarterback Ryan Redding to play for Mary Hardin-Baylor beginning this fall. The coach said the process of identifying and signing talented prospects like Redding is what makes the Cru a perennial power at the NCAA Division III level.

“The thing that we’ve always used is the same recipe,” Pete said. “We recruit kids like Ryan — guys that are great competitors and have those intangible qualities that you cherish.”