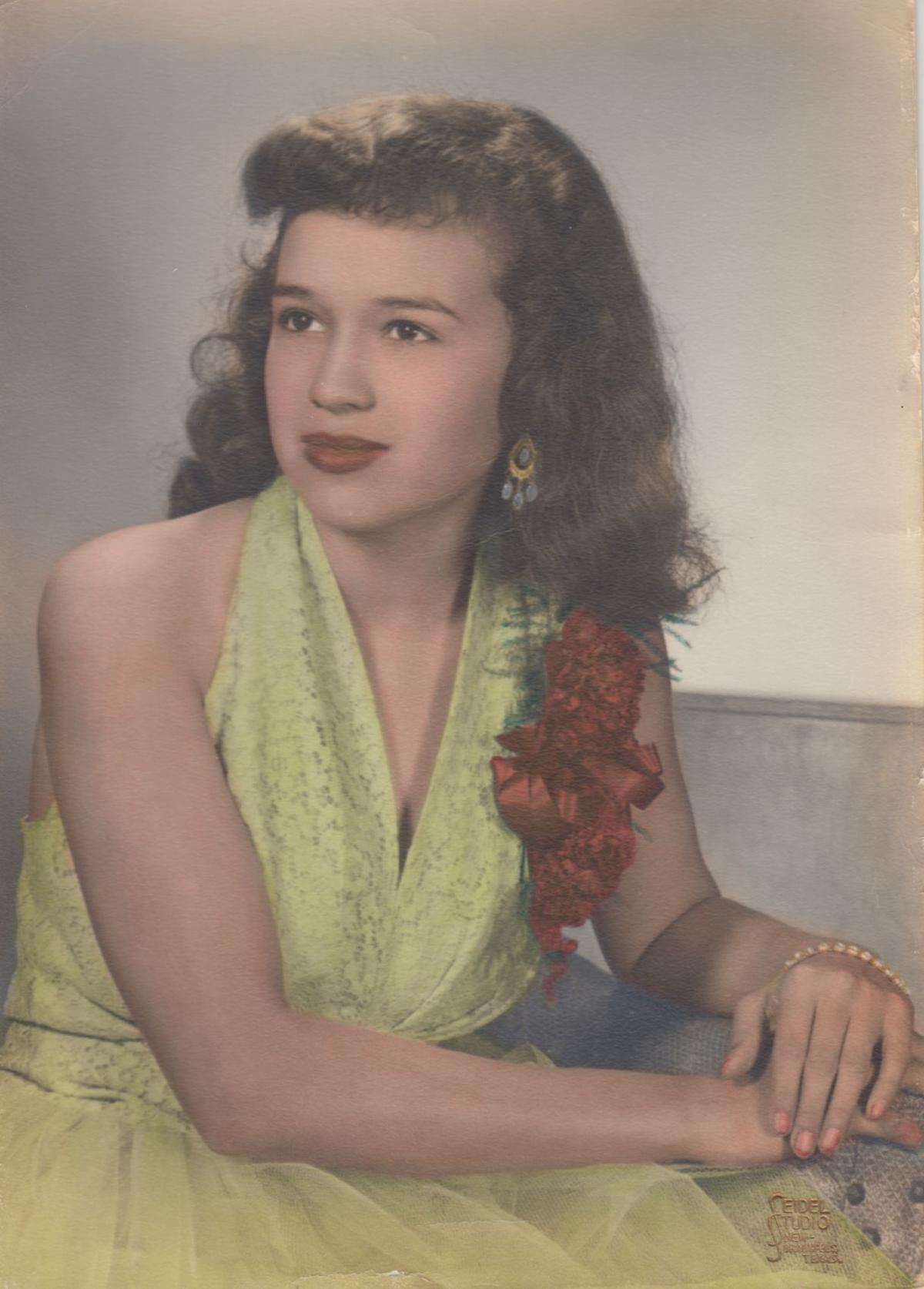 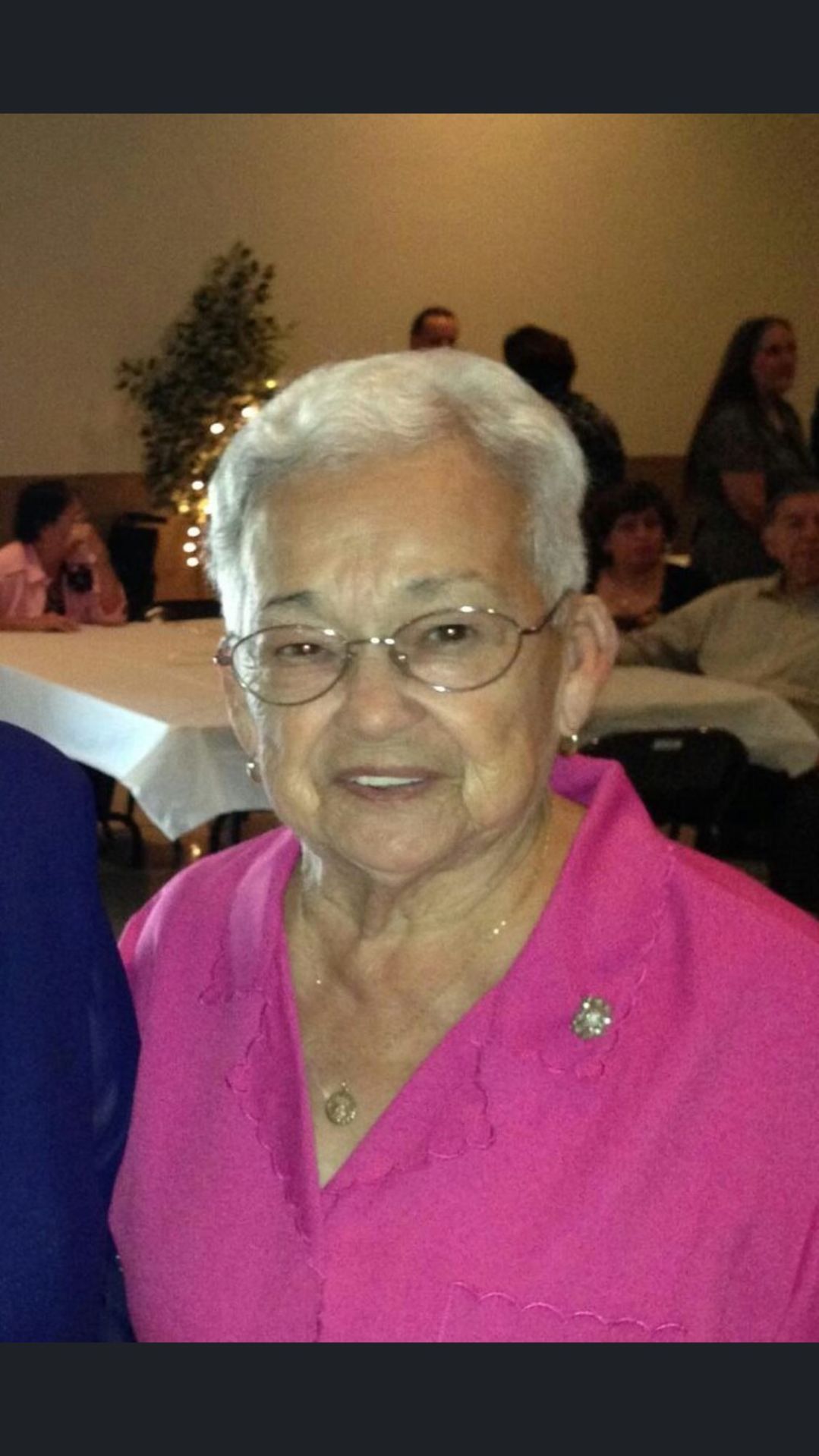 It is with a heavy heart that we announce the passing of our mother Christine R. Zavala. She lived a very full, happy and blessed life.  Born on September 26, 1935 to Jose F. and Annie L. Rodriguez.  She spent her youth growing up just off of Seguin Street on Sehaco Alley, here in Old New Braunfels.  She along with all of her siblings spend most days enjoying one another’s company, playing games, riding bicycles, all while maintaining the family garden, tending to the animals, assisting in her grandparent’s (Pedro and Victoria Aldana) store also located on Sehaco Alley and enjoying evening radio programs which usually was the highlight of the day. At the age of 15 she left school to find employment to help her family. Riding her bike over the Faust street bridge was a daily occurrence as she made her way to the what is now known as the Milltown Historic District.  It is here while working at the Old Mill that she would notice this young man that worked on the floor above, but later would confess that “he was ok”.  After a few years of working there, it was the fate of a summer rainstorm that would change her life forever. One afternoon while shopping at then popular corner Green and White Store, it began to rain quite hard, and her future love was outside in his car and he took the opportunity to open the car door telling her to get in, though she initially declined she joined him.  It was a very short ride (about 500 feet) that would last the rest of her life, her father having witnessed her exiting his car was quick to ask who had given her a ride home further stating that she will marry this man because he did not want anyone speaking negatively of his family or his daughter.  On March 22, 1953, surrounded by her family and friends, she married our father Joe R. Zavala. Together they had four children, then relocated to Santa Barbara, CA. It was while in California, she returned to school earning her General Equivalency  Diploma and became a teacher’s assistant at Cathedral Oaks Elementary School.  She quickly earned a reputation of having a positive and calming effect on her students all while encouraging them to continue their education.  Upon relocating back to New Braunfels she was selected to run the newly created GED program for Comal lSD.  She alone was responsible for assisting well over 1000 local residents obtain their GED.  Though she enjoyed helping all of her students, she fondly spoke of the many Vietnam Veterans that successfully completed the program with her assistance. After her retirement from Comal lSD she spent most time continuing to support her family and friends, which included cooking engagements at the family restaurant; Solms taco house, traveling to California and Hawaii visiting family and friends, crafting, gardening and of course dancing with the love of her life, our father, before having to become his full time home nurse. She went on to spend the last years of her life, traveling with her family, reminiscing about the endless fond memories of her childhood, her husband and the rest of her family as well as writing memory books for her children and grandchildren. Though not ill, mom passed away during her sleep on October 10th. She was preceded in death by her parents, her loving husband, Joe, her daughter Judy Ann, her siblings Sonny, Tony, Beatrice (Mayo) and Esther (Martinez).  Survivors include her sister Elise (Paredez), her sons, Rick, David (of California) and Bobby, 6 Grandchildren, Ricardo Jr. and Crystal (Porterie) both of New Braunfels, Nicole and Kerri both of Santa Barbara, California, Jennifer (Ladao) and Austin both of Honolulu, Hawaii as well as 11 great grandchildren.  Services will be held on her behalf on Friday, November 8 at 10:00 am at Saints Peter and Paul Catholic Church with a reception to immediately follow, the public is invited.  Mom, we’ll forget you never and miss you always.