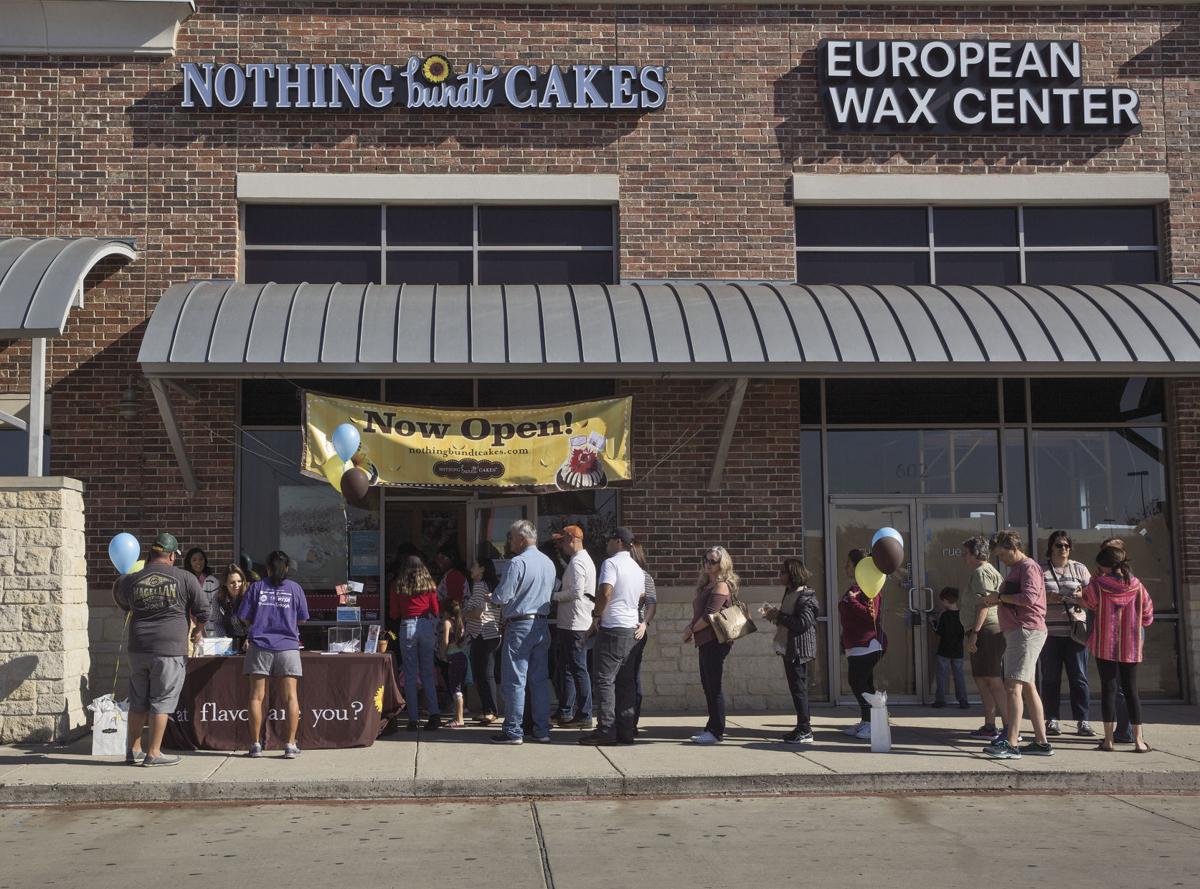 People line up outise Nothing Bundt Cakes during their grand opening in Creekside on Saturday, Dec. 7, 2019. MIKALA COMPTON | Herald-Zeitung 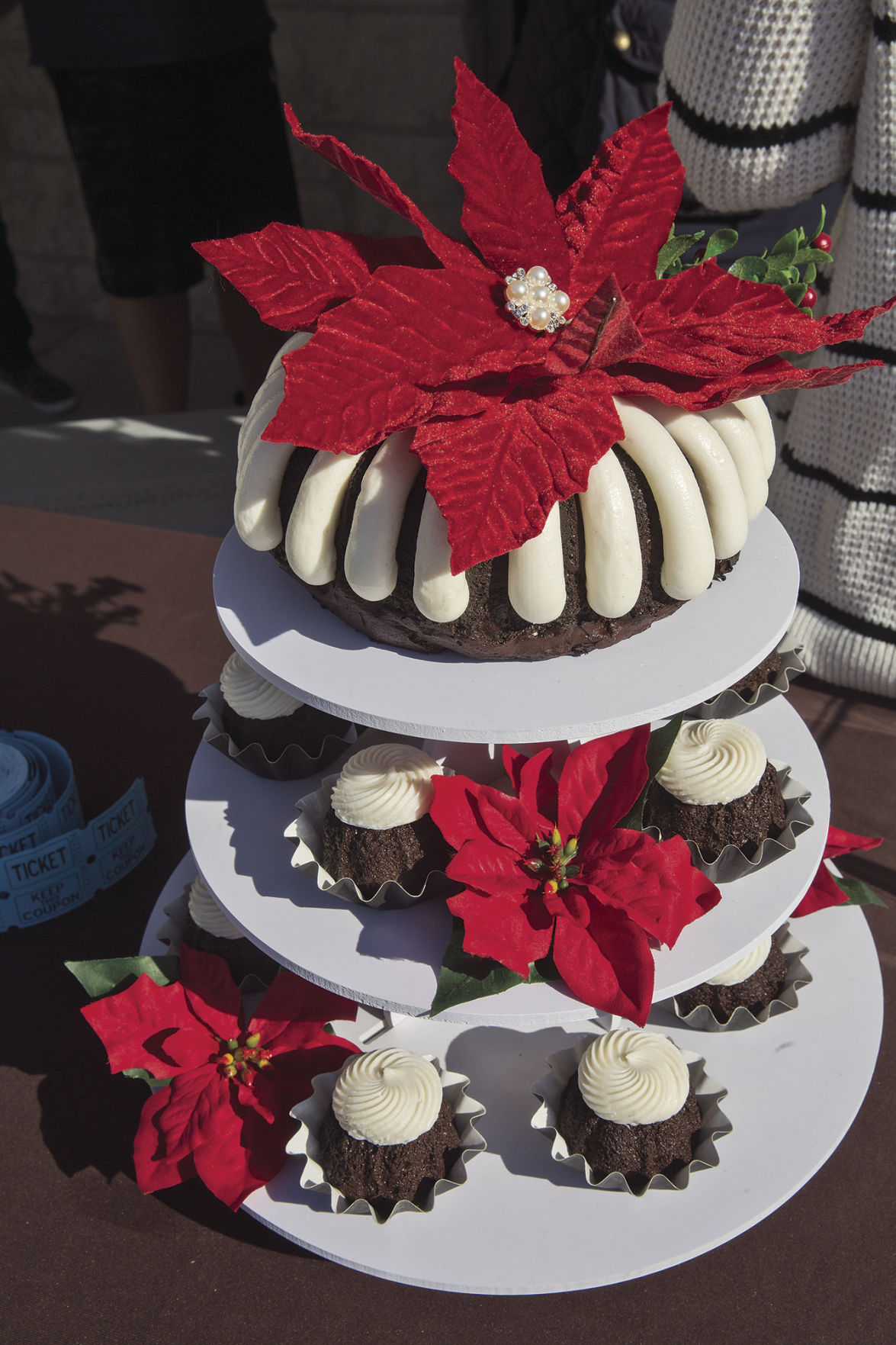 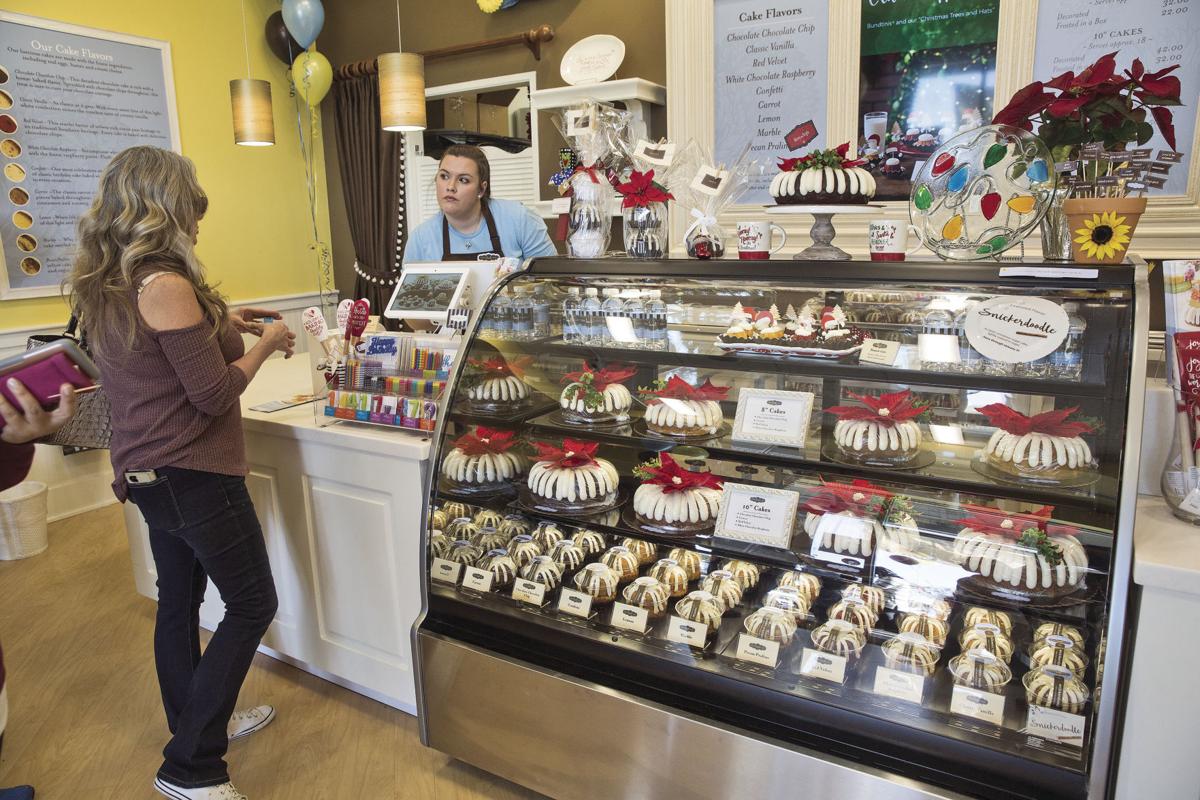 People line up outise Nothing Bundt Cakes during their grand opening in Creekside on Saturday, Dec. 7, 2019. MIKALA COMPTON | Herald-Zeitung

For New Braunfelsers who want to wish their friends, family or co-workers nothing “bundt” joy this holiday season, there’s a new business in town to help.

The nationally famous cake chain Nothing Bundt Cakes has landed in New Braunfels and is now serving up bundt cakes, “bundlets” and “bundtinis.” With flavors like white chocolate raspberry, red velvet, lemon and even classic vanilla, the new cake store is officially up and running for the holiday season.

New Braunfels’ Nothing Bundt Cakes location, based at 161 Creekside Way, Suite 602, celebrated its grand opening this past Saturday by awarding a one-year supply of Bundt cakes to the first 50 people in line.

The store opened its doors for business on Nov. 8 and has since been serving up tasty cakes for the community.

Owners Molly and Dustin Patrick are both New Braunfels residents and also own the Nothing Bundt Cakes in Selma.

“Several years ago I worked in a corporate position and I wanted to get out and do something on my own,” Molly Patrick said. “We went to a wedding where we tried this delicious lemon cake and I don’t usually even really like lemon cake but I was like ‘Wow, that was so tasty.’”

Amazed by the niche bakery’s freshness, Molly sought out how to open her own Nothing Bundt Cakes in New Braunfels.

“This was four years ago, and when we applied the company said, ‘Not yet, the timing for New Braunfels isn’t quite there yet,’” Molly said. “So we opened the one in Selma.”

But the idea of having a Nothing Bundt Cakes in New Braunfels didn’t leave Molly’s mind, and throughout her tenure running the Selma location, she kept pushing to make a New Braunfels store happen.

“Finally they said, ‘Okay yes, the timing is right now with all the growth here,’” Molly said.

Molly said she really loves getting to be a part of someone’s special event, whether it’s a baby shower, anniversary or birthday.

“We feel really special getting to help someone celebrate a big day in their life,” Molly said.

Everything is baked fresh every day, she added, leading the way back into the bakery where several employees were hard at work mixing, baking and icing bundt cakes.

“We can customize a cake to be for just about anything,” Molly said.

The mission of Nothing Bundt Cakes is a really unique one that Molly said she strongly connected with.

“We’re here for all occasions,” she explained. “We get put in a unique position to be here and participate in people’s lives.”

The vetting process for Nothing Bundt Cakes took more than two months, because they are so thorough about who they let open up a store, she said.

“It was a big investment but one Dustin and I really wanted to make,” she said.

For more information about Nothing Bundt Cakes, visit www.nothingbundtcakes.com or call 830-241-1002.