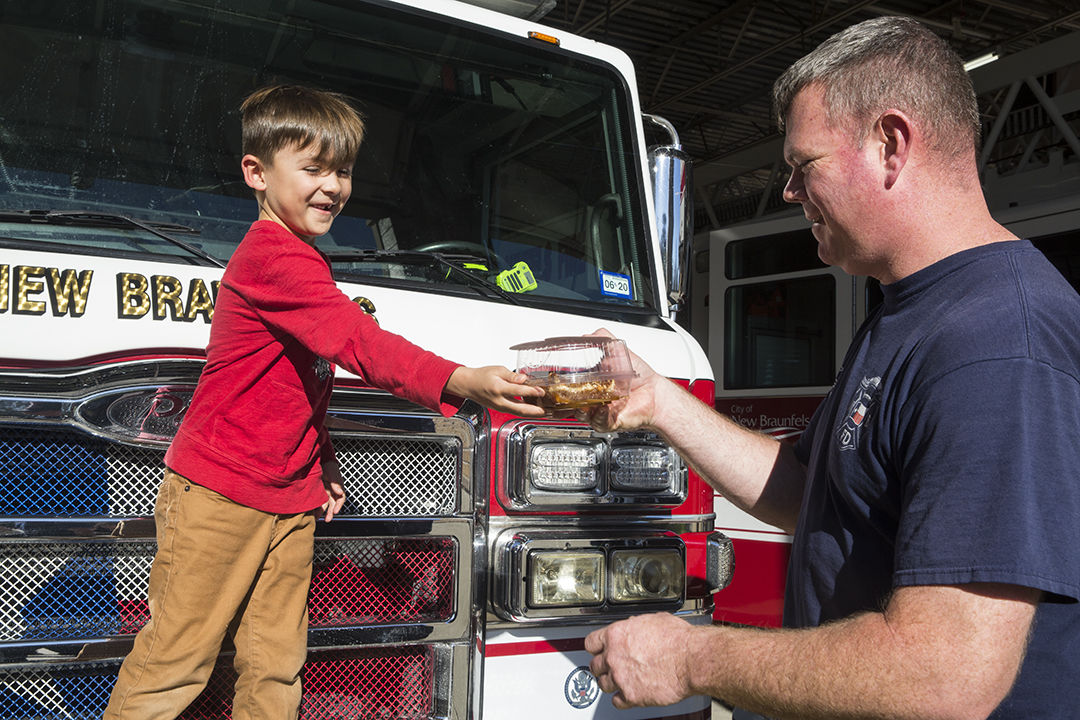 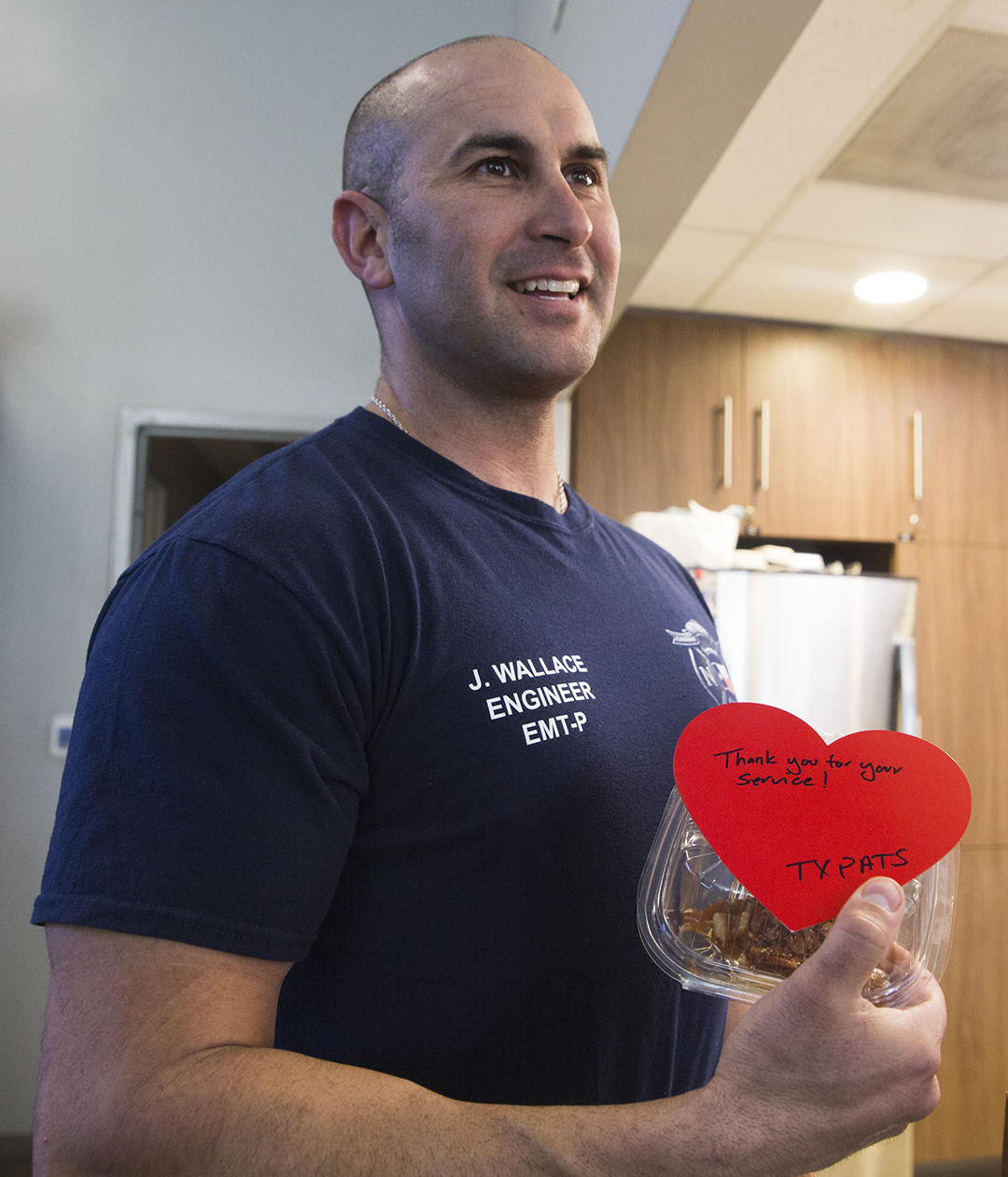 First Responder Jason Wallace looks at a valentine he received from TJ's Burgers & More at Fire Station One on Friday, Feb. 14, 2020. For the past month the restaurant has been encouraging customers to purchase desserts for them to deliver to New Braunfels first responders for Valentine's Day. MIKALA COMPTON | Herald-Zeitung 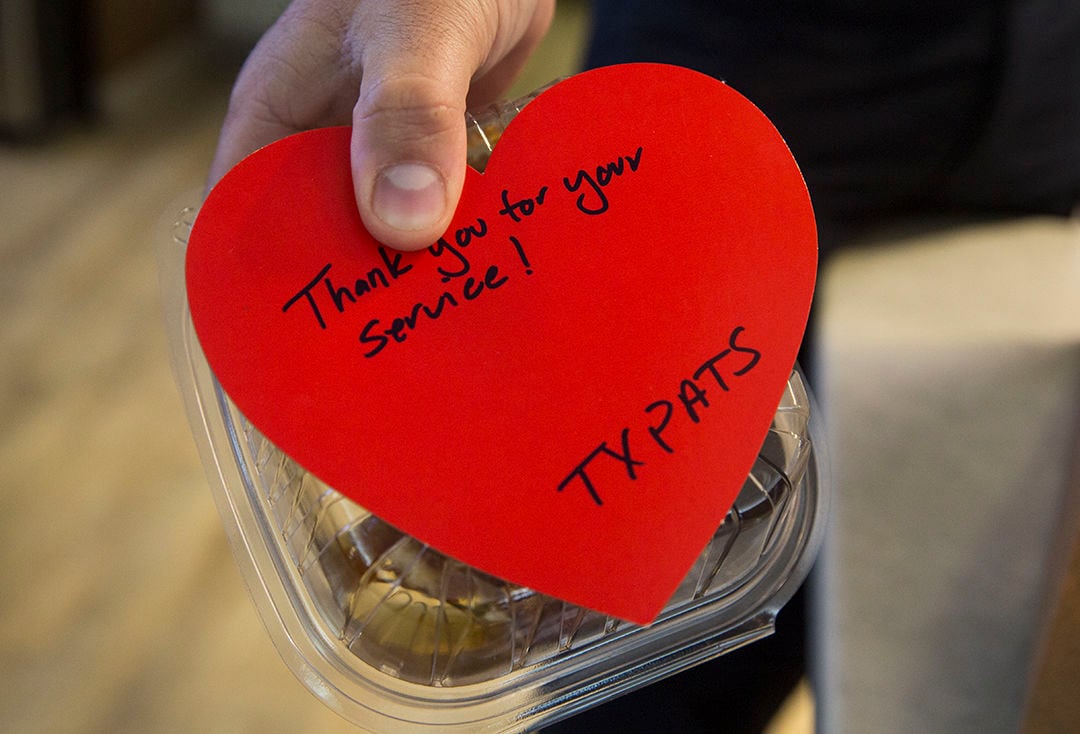 First Responder Jason Wallace looks at a valentine he received from TJ's Burgers & More at Fire Station One on Friday, Feb. 14, 2020. For the past month the restaurant has been encouraging customers to purchase desserts for them to deliver to New Braunfels first responders for Valentine's Day. MIKALA COMPTON | Herald-Zeitung

Chuck Harms and Paula Vacek, who run TJ’s, wanted to do something special for those protecting the community this year. Harms heard of a restaurant that had customers buy food for first responders, and Vacek came up with his own Valentine’s Day idea.

Customers could buy desserts, from coconut meringue pie to pecan cobbler, and write on heart-shaped letters messages for them.

“The response was phenomenal,” Harms said. “We knew that New Braunfels was going to support it but we did not know it would be that big. We had one guy walk in and said, ‘Let me just give you $50 and just buy as many desserts as you can for these guys.’”

They packed about 25 to 30 desserts for each of the six fire stations they visited, and also visited a police station and surprised them with about 50 desserts. The notes ranged from thanks to personal notes for specific stations or people.

“Some of the notes were tear-jerking,” Vacek said. “It’s been fun to read what people write on there. The little kids wrote thanks and told them to ‘Stay safe.’”

New Braunfels fire engineer, Larry Evans, said it was a sweet surprise when they showed up to his station.

“We are always appreciative of the support we get from the city,” Evans said. “It makes us want to try even harder and do a good job.”

“TJ’s is a well-known local establishment,” Evans said. “When I first came here as a rookie everyone said you gotta try an ‘alien.’ Love the food, love the fact they’re local business.”