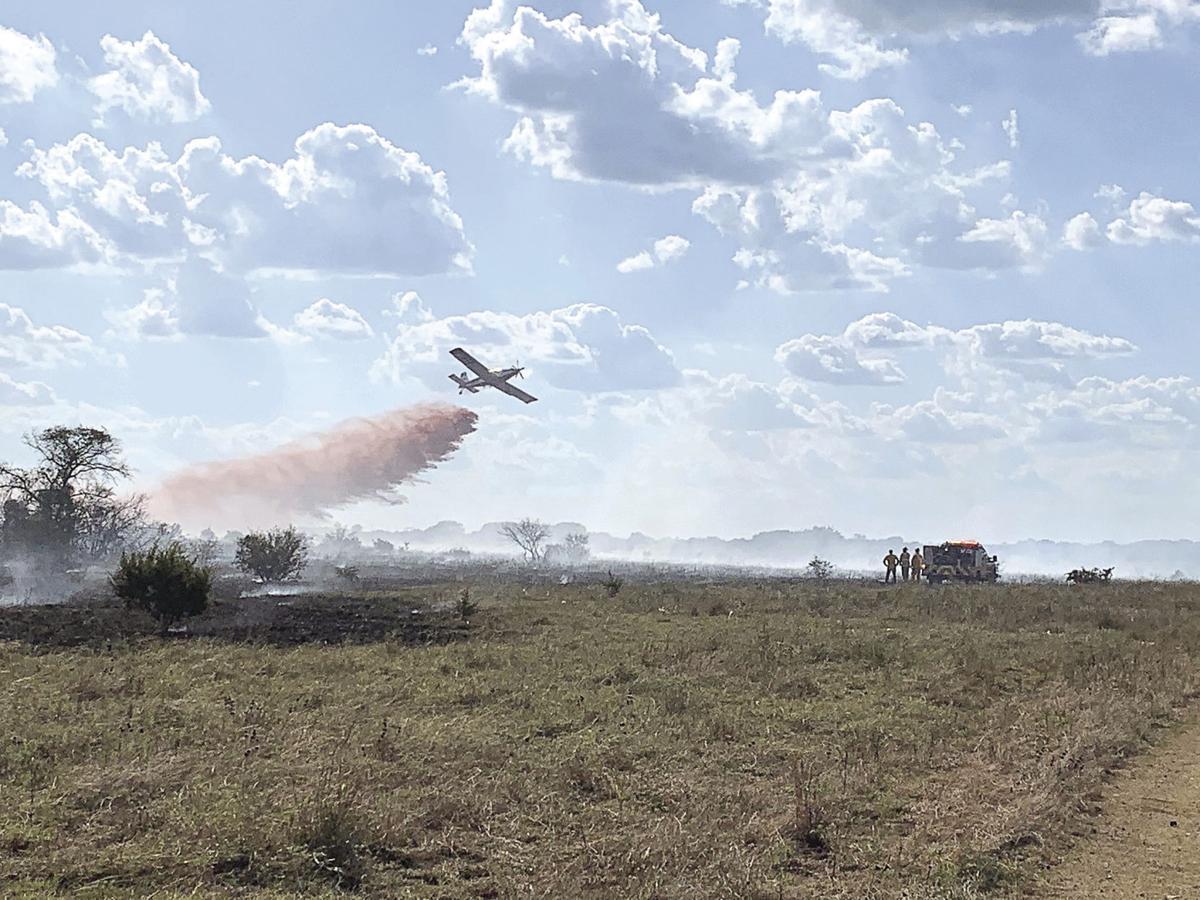 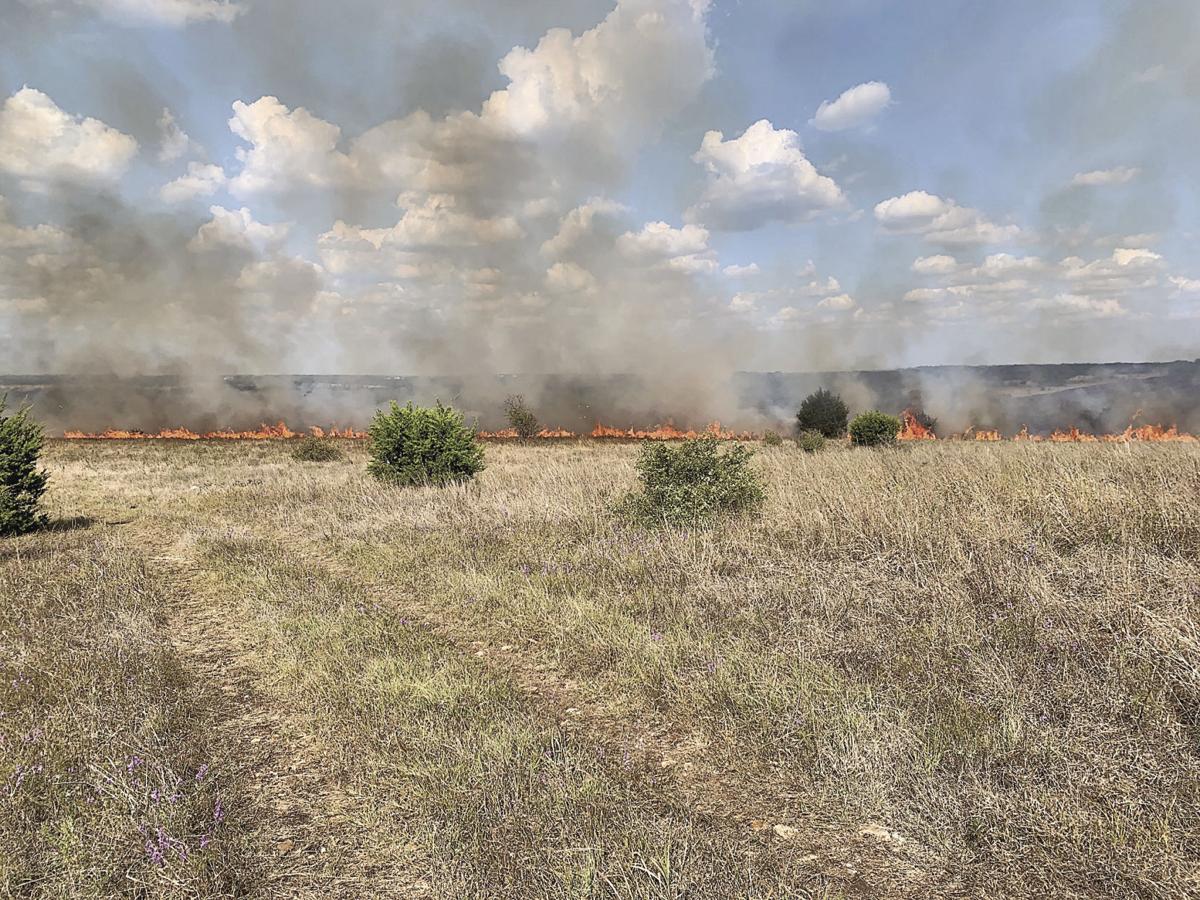 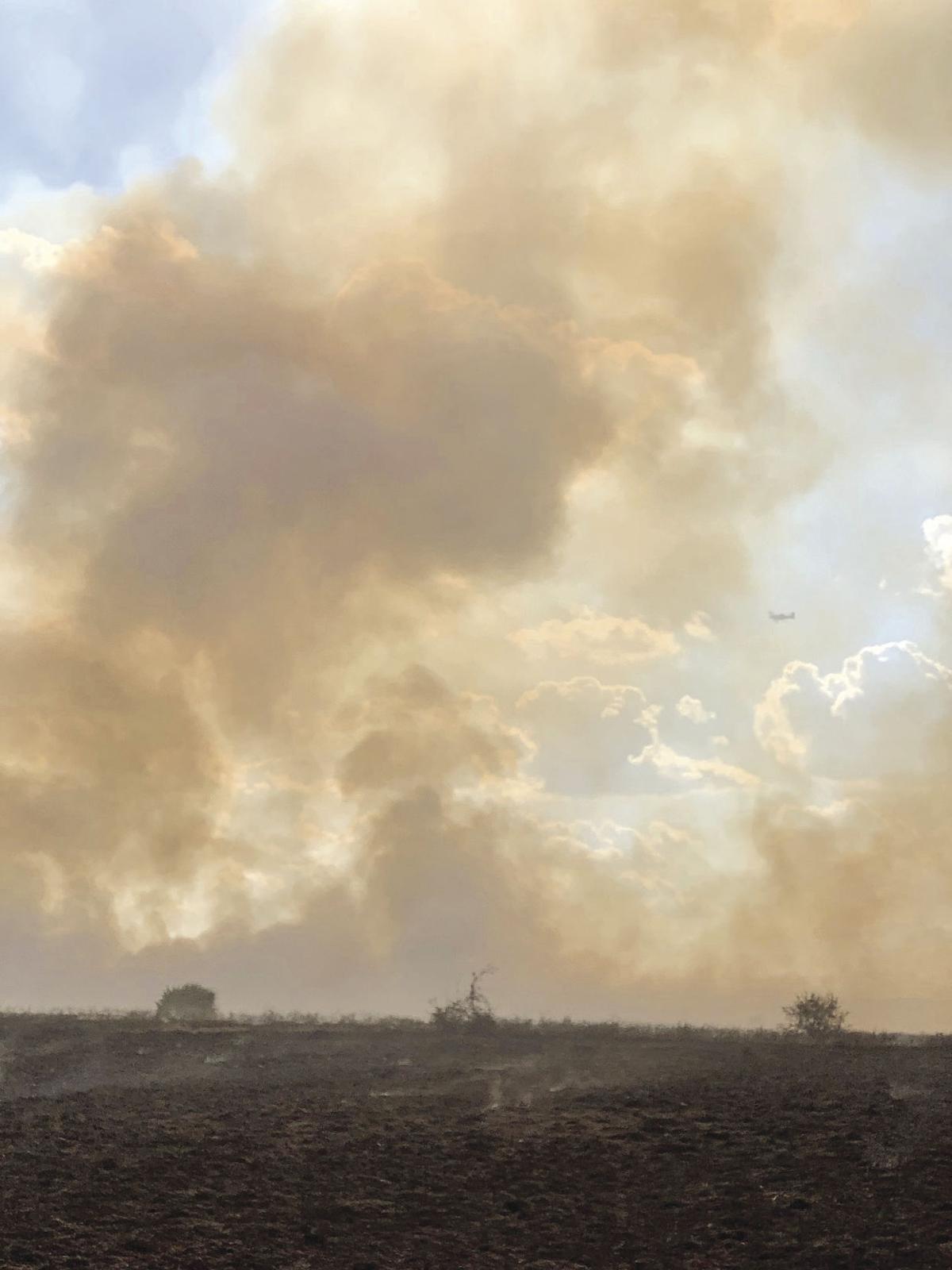 This updated version clarifies that water from the Wegner Ranch reservoir was used to help extinguish the flames.

Comal County fire investigators are looking into what sparked a massive grass fire northwest of New Braunfels over the weekend.

The blaze, which consumed roughly 226 acres between Purgatory Road and Wegner Road, began around 2:45 p.m. Saturday and wasn’t totally extinguished until just before 2 p.m. on Monday.

“We’re still looking into it. We have guys out there now seeing what we can come up with,” Fire Marshal Kory Klabunde said Tuesday morning. “At this point, we really don’t know (the cause), but it looks like it was someone burning brush.

“We had trouble getting one of the property owners, so unfortunately I don’t have much. It took so long to put out because there were piles of stuff that just kept igniting.”

Darren Brinkkoeter, Canyon Lake Fire and EMS chief, said crews from his department arrived to the 1700 block of Purgatory Road, where “numerous acres” were already ablaze just before 3 p.m. Saturday.

Brinkkoeter said 19 fire units and 40 firefighters worked until 7:24 p.m. to contain the perimeter. Three airplanes from the Texas A&M Forest Service spotted the fire and dropped fire retardant from above, aided by a helicopter that dropped water retrieved from the nearby Wegner Ranch reservoir.

“They were hitting spots, several pocket fires, that we couldn’t get to on the ground,” the chief said. “It was a fast-moving fire. When we got there, it spread due to extreme drought conditions and the wind.”

Brinkkoeter said the fire came close to homes in the Royal Forest subdivision.

“About five homes were threatened but none caught fire,” he said.

“I can’t say enough about crews from Texas A&M’s Forest Service, which brought in two dozers, another fire engine and the air assets, all stationed in Smithville, Fredericksburg and Marble Falls,” Brinkkoeter said.

One Canyon Lake firefighter injured an ankle, but is OK, the chief said. Most of the burned area was within Wegner Ranch, he added.

Klabunde said he expected his investigators to comb through the scene most of Tuesday. On July 26 the county banned outdoor burning in unincorporated county areas. Violators can face fines up to $500.