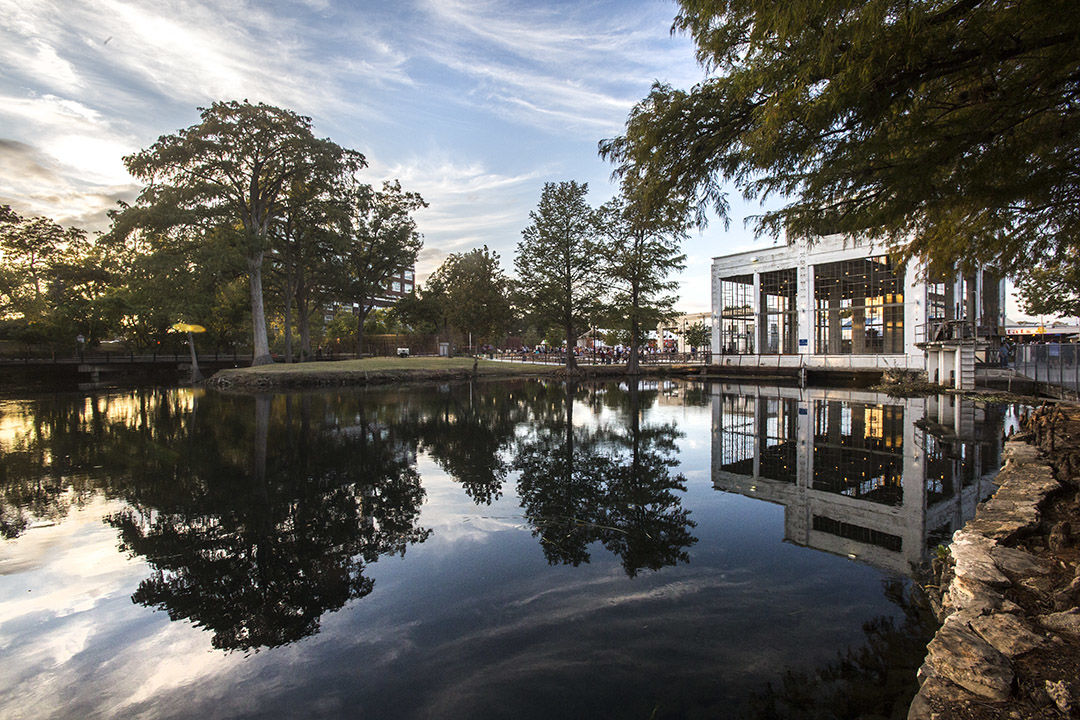 The Wurstfest fairgrounds are bordered by the Comal River. MIKALA COMPTON | Herald-Zeitung 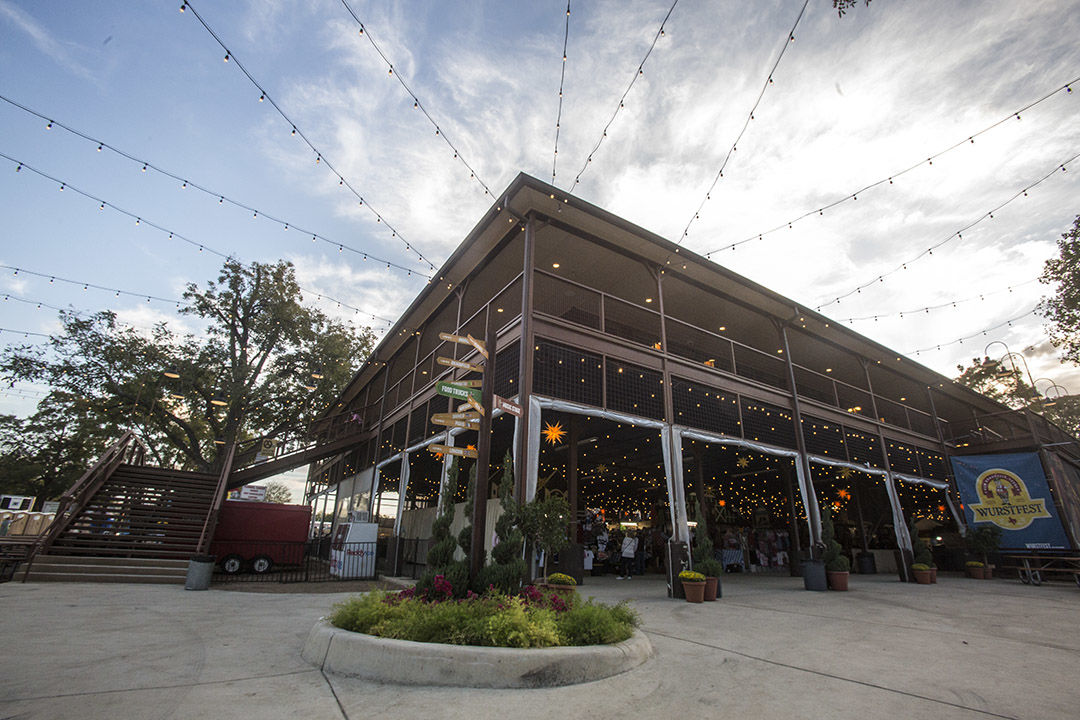 Stelzenhaus, or house on stilz, was designed with future flooding in mind. "The concessionaires (under the house) are in trailer facilities so if we do get an alert, they can move out quickly,” said Dan Krueger. MIKALA COMPTON | Herald-Zeintung

The Wurstfest fairgrounds are bordered by the Comal River. MIKALA COMPTON | Herald-Zeitung

Stelzenhaus, or house on stilz, was designed with future flooding in mind. "The concessionaires (under the house) are in trailer facilities so if we do get an alert, they can move out quickly,” said Dan Krueger. MIKALA COMPTON | Herald-Zeintung

The year was 1998 and the flood that washed through New Braunfels just 13 days before Wurstfest was the largest in recent history.

The festival was in trouble. Not only were much of the grounds devasted, one of Wurstfest’s main bridges had been destroyed.

“We lost ticket booths, we lost access from our main parking area, fences were full of debris up about 3-feet high, it was a mess,” said Suzanne Herbelin, executive director of Wurstfest. “It smelled bad, and we had 13 days to clean it up.”

The assuredness of Wurstfest happening had been as lost as people’s items, swept away in more than 20 inches of torrential rains.

“People were calling, saying, ‘Oh, I know y’all just had a flood but we planned to come, we want to come, you’ve got to have it,’ and really the board was kind of torn — it was like, ‘Is this the time to celebrate?’ and in about a day they said, ‘Yes, absolutely, we’re going to get through this and move on,’” Herbelin said. “So everybody came out and did what they had to do and by the time the festival’s opening day rolled around, you couldn’t tell anything had happened.”

Herbelin recalls everyone coming together to clean up the grounds, rebuild the bridge crossing over to the powerhouse and volunteer for the 10-day salute to sausage.

“We posted pictures of how bad it had looked and nobody really believed it because it looked just like it does today — clean, and ready to go,” Herbelin said.

Dan Krueger, 2019 Grosse Opa, said what was amazing was the Wurstfest Association pulled together to rebuild the bridge.

“All the opas got together — M.D. Fischer, who was president that year, and that group all got together and rebuilt the bridge,” Krueger said.

As extensions were added onto the grounds in later years, the possibility of another devastating flood were taken into account, Krueger said.

“(That’s) why we built the house on stilts, the Stelzenhaus and Stelzenplatz, for that reasoning,” Krueger said. “And the concessionaires (under the house) are in trailer facilities so if we do get an alert, they can move out quickly.”

Everyone now knows how bad flooding can get in the area, Herbelin said.

“We never really thought it would come up to the Marktplatz level, and that year it did,” she said. “Since then, we’ve had a couple smaller events that still — we’re still subject to high water, and when it happens, it happens.”

The grounds had a spillway dam developed below where stairs were added so folks can walk from Gate 1 into the Stelzenplatz, Herbelin said.

“So we have our own little makeshift dam we put up which works remarkably well — we just divert the water so it stays behind a wall but goes on through so it doesn’t keep building up, and it relieves a lot of potential damage,” Herbelin said. “They’re small steps, but every small step you can take in a situation like that saves you a lot of work when it stops raining.”

The way everyone came together after the flood of ’98 represents the spirit of Wurstfest itself, a community event that everyone wants to see succeed, Herbelin said.

“The membership is very committed to making this festival be a success,” she said. “A lot of them even had impact to their own homes, friends or families, things like that but they’d spend time getting the debris out of our fence.”

That’s part of the magic of Wurstfest, said Dan Tharp, chairman of marketing for Wurstfest.

“You just see the whole community coming together,” Tharp said. “All the volunteer booths are filling up with community volunteers. It’s just that coming together and those times we had floods and in immediate moments of need is symbolic of the way the whole festival operates, which it is a community affair.”