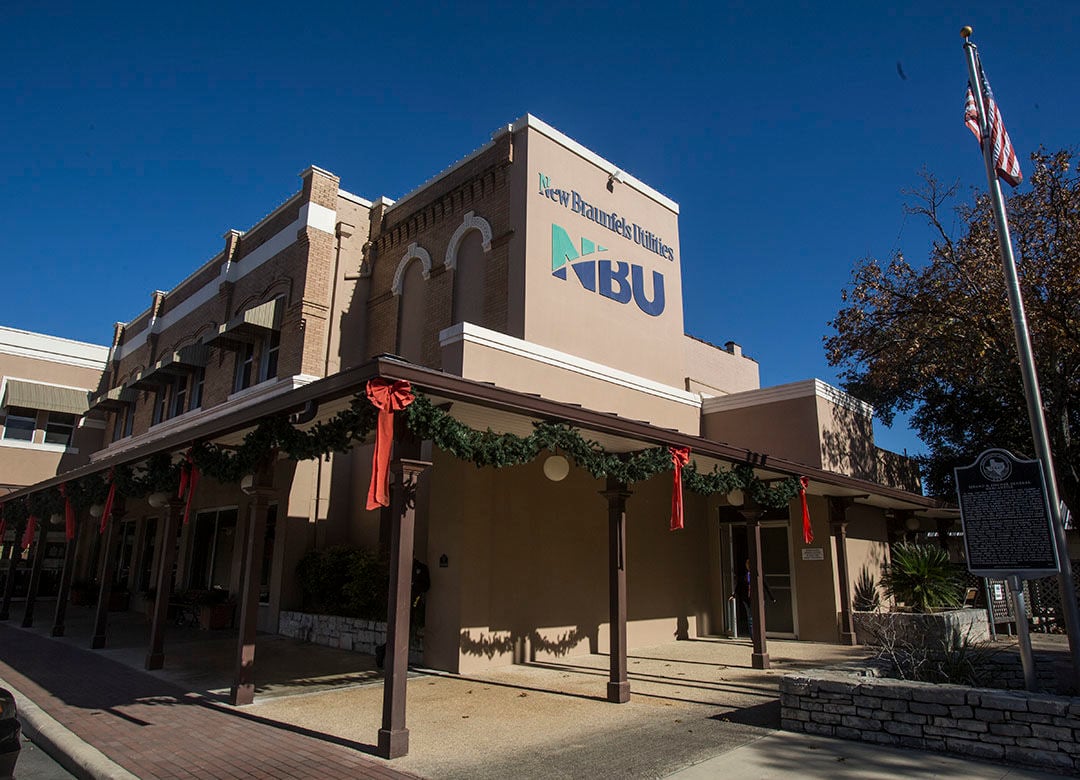 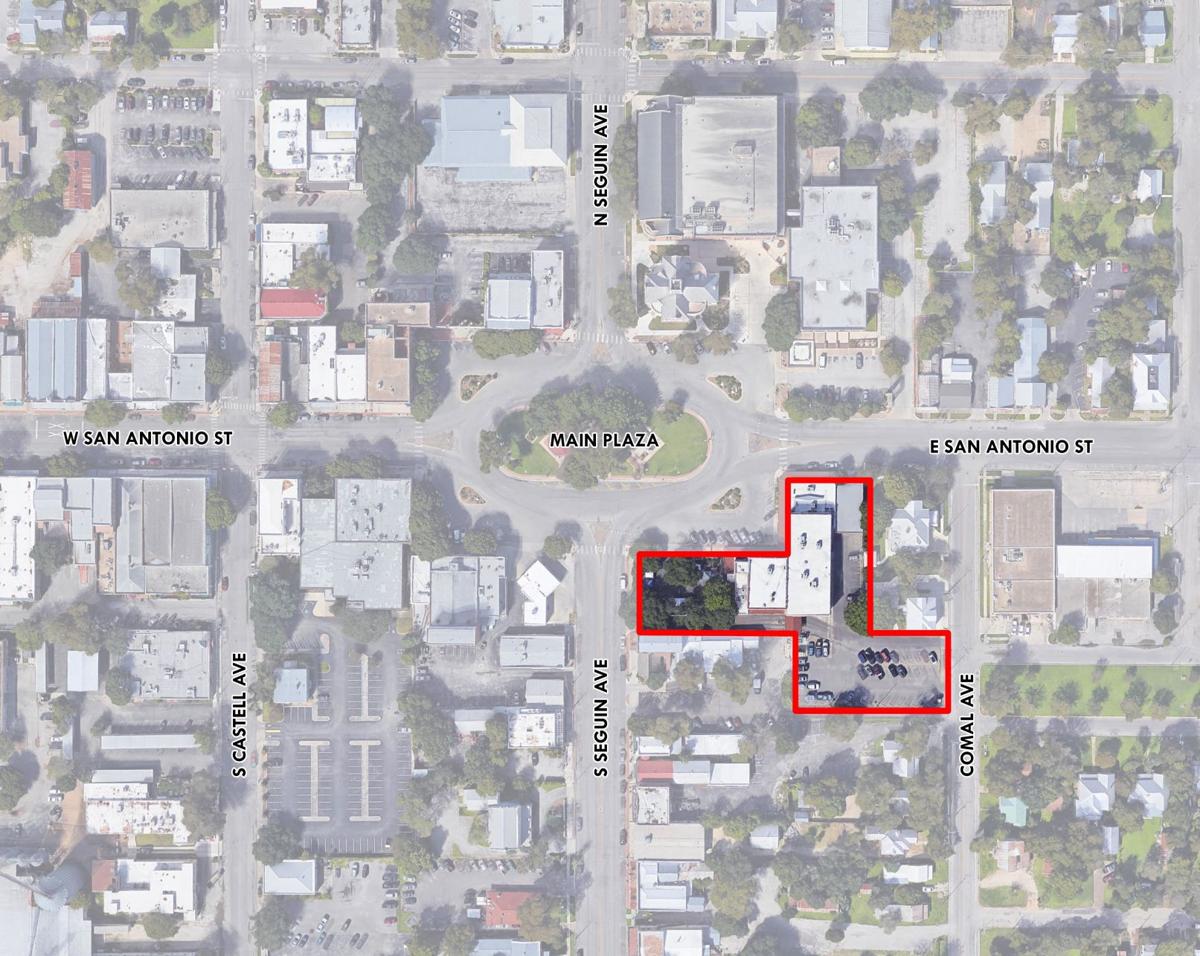 The outlined area represents the proposed future overlay district that would convert the utility’s vacated downtown property into a development that blends with nearby historical buildings. Courtesy of the city of New Braunfels

The outlined area represents the proposed future overlay district that would convert the utility’s vacated downtown property into a development that blends with nearby historical buildings. Courtesy of the city of New Braunfels

Most residents attending Tuesday’s presentation on New Braunfels Utilities’ proposed future overlay district were pleased with a proposal to convert the utility’s vacated downtown property into a development that blends with nearby historical buildings.

NBU’s Main Plaza buildings could soon be a mixed-use development, featuring retail, hotel and other elements into the cornerstone for revitalizing the east downtown business district.

“It would activate the street and get people on the Plaza,” said Patrick Winn, who owns an architectural design firm. “But the height and scale of our city is very important, and how the designers and developers plan to do that is something I can’t wait to see.”

The joint workshop at New Braunfels Civic/Convention Center included members of City Council, and the Historic Landmark Commission, Downtown Board and Planning Commission, which are also collecting citizen input on the proposal.

NBU CEO Ian Taylor reviewed his company’s past and present uses for the property — comprised of three buildings and a parking lot — which will be vacated three years from now, when utility operations will merge into a single location.

“This started with the recognition that we have outgrown

our space downtown,” Taylor said. “When the decision was made to move to a new facility, the discussion shifted into what to do our property on the Plaza. The board decided to sell that property and use it to fund the new facility.”

In November, NBU completed a $3.64 million purchase of 50 acres, near the utility’s new well field and treatment plant at Westpointe Drive and Loop 337, where it will move its downtown and Farm-to-Market Road 306 service center.

Taylor said being a good steward was also important to NBU, which went to outside firms for help on ways to keep the 2-acre property from falling into the wrong hands, and preserve the historical integrity of the buildings when its facility is sold to a new owner.

Overlay districts can impose building restrictions beyond normal city zoning requirements and building construction that matches nearby buildings in the same area. Restrictions would not apply to existing buildings, only those that are modified, or torn down and replaced.

“Each requirement required under the overlay district is a constraint the future owner must face in redeveloping the property,” Taylor said. “NBU did this because it believed this is what’s best for the community.”

Douglas said it was a unique opportunity to convert a publically-held property into something that could generate millions through retail, office and multifamily space, possibly including a hotel and parking garage.

“Whatever happens we’re going to make sure it’s compatible with what’s currently downtown,” he said.

“We studied that and it was a joke,” he said. “They wanted to build (a project) that made no sense,” he said, mentioning the cautious planning of city founders a century ago. “This is not what you need to be doing.”

Warmke was reminded the city has no say in a private proposal, and that no city funds or those recommended by the New Braunfels Economic Development Corp. (4B Board) are going into the overlay district. Board and commission members had questions, most addressing the height of an elevated garage facing Comal Avenue.

Mayor Barron Casteel said there will be other opportunities for public input on the plan at those meetings, ahead of when the proposal goes before City Council on March 9.

“Everyone can be part of that – and we’re urging the public to participate,” Casteel said.

This would be a very exciting development in the historic downtown area! Would love to see any future plans or renditions in advance of final decisions. I'm sure that historic consistency as well as innovative use will make this project hugely successful. This is the type of project that will benefit the entire community! Look forward to how this all unfolds.