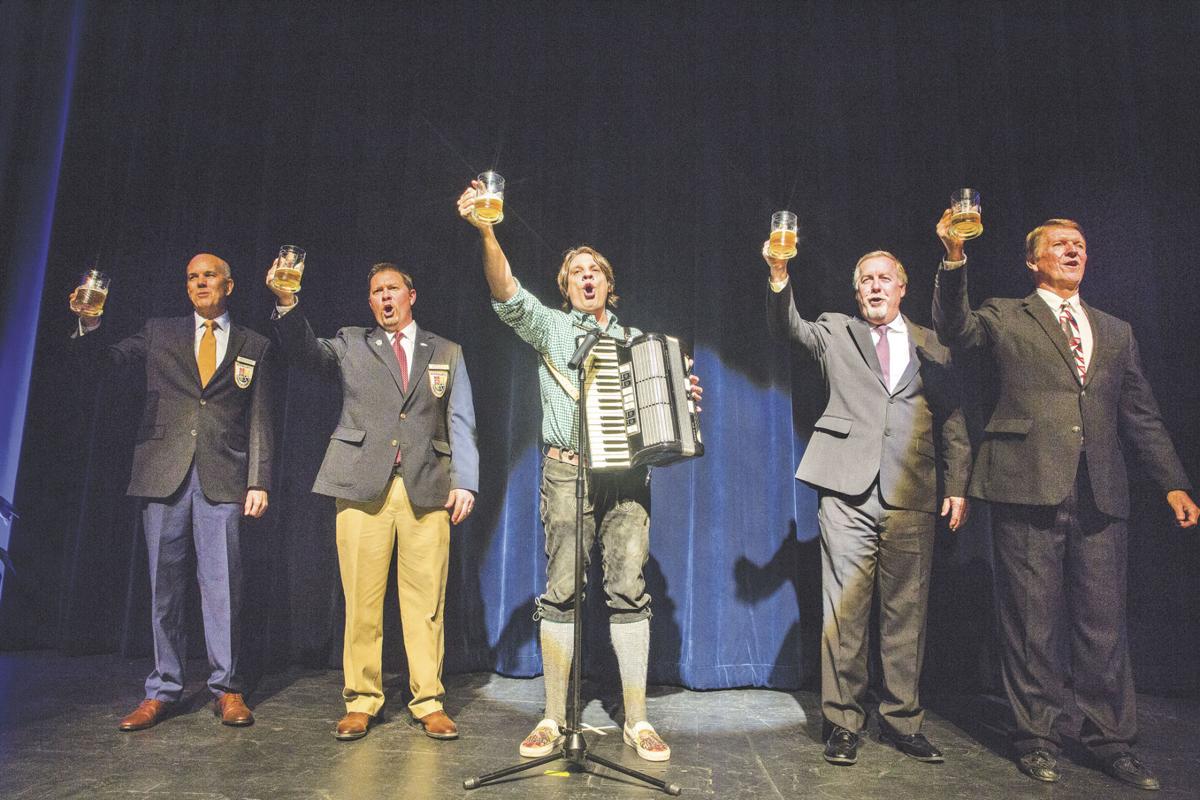 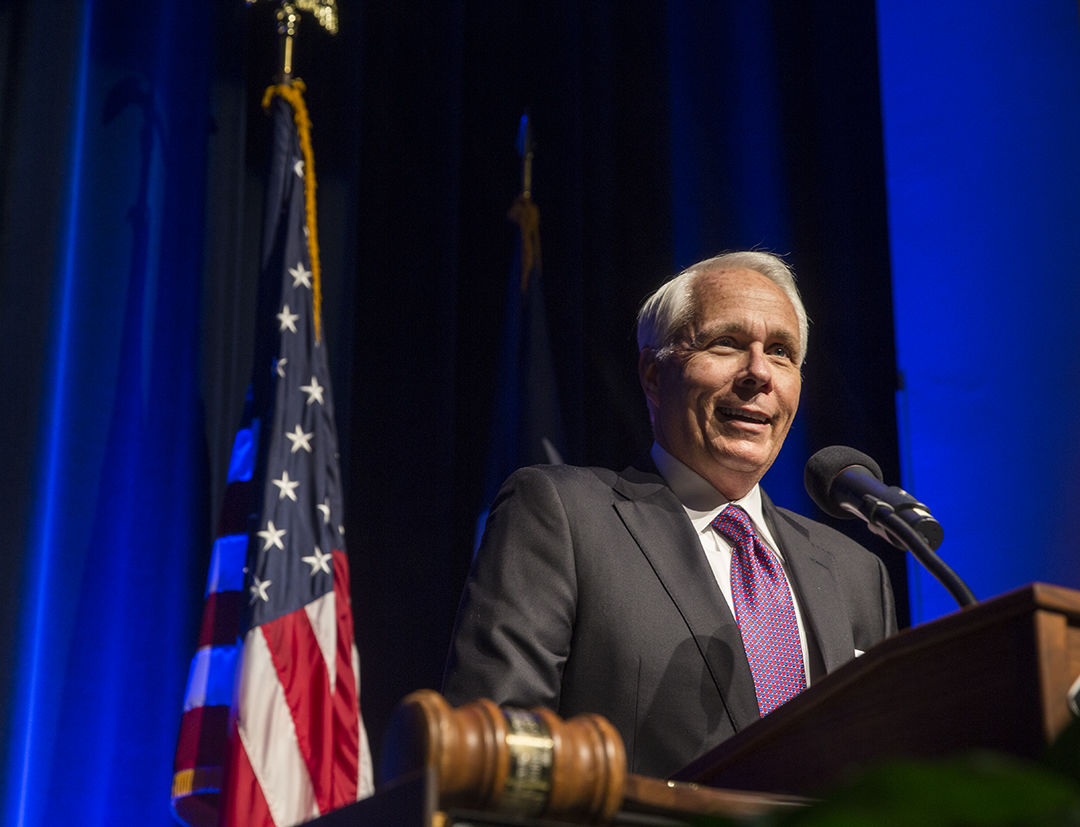 New Braunfelers reminisced past accomplishments and toasted to new leadership and a robust economy.

Debbie Meek, Braunfels Trust Fund coordinator,  was awarded the prestigious Blue Coat of the Year and said she looks forward to creating more memberships this year.

Meek earned her blue coat in 2015, and has served on various committees.

“I had a great year, I had a great team,” Meek said. “I’m a team captain of the Blue Coats this year and I’m excited and hoping to have another successful year.”

New Blue Coat ambassadors for 2020 were called onto the stage to be adorned in a dark blue coat with the embroidered chamber’s coat of arms embroidered on.

The banquet also celebrated new direction for the chamber. Outgoing Chamber Chair of the Board Shane Wolf handed the gavel over to incoming chair Wes Studdard.

Wolf implored audience members to recognize all the staff and volunteers who helped the chamber throughout all these years.

As an outgoing gift, Studdard made him a “prince” of the city, an homage to the town’s founding figure Prince Carl, whose fellow German immigrants established New Braunfels in 1845.

“Tonight we’re going to make him a prince,” Studdard said smiling. “This has the authority because Michael Meek signed it. The greater Chamber officially declares Shane Wolf a prince of the City of a Prince.”

The event also recognized longtime Greater New Braunfels Chamber of Commerce president and CEO Michael Meek, who is retiring. His last day is set for Dec. 15.

“It is my last banquet as CEO but we got the rest of the year and a lot of important things to do,” Michael Meek said. “I just felt a lot of energy in the room tonight. More so than I felt in probably my entire career here, and so we’re just so blessed to have this community of volunteers that just have the city’s best interests at heart.”

New Braunfelers also laughed and applauded a video on their beloved town, celebrating 175 years since German immigrants established the community.

Cameras panned over the rushing Comal River while professional accordion Alex Meixner played “Sweet Town of Mine,” his polka take on “Sweet Child of Mine.”

Meixner walked around the town and told the story of Prince Carl and his people who migrated from Braunfels, Germany and settled in today’s town.

The video ended and went grainy, and out stepped Meixner and his accordion on stage to perform for the crowd.

“It is my last banquet as CEO but we got the rest of the year and a lot of important things to do.”

Chamber of Commerce president and CEO