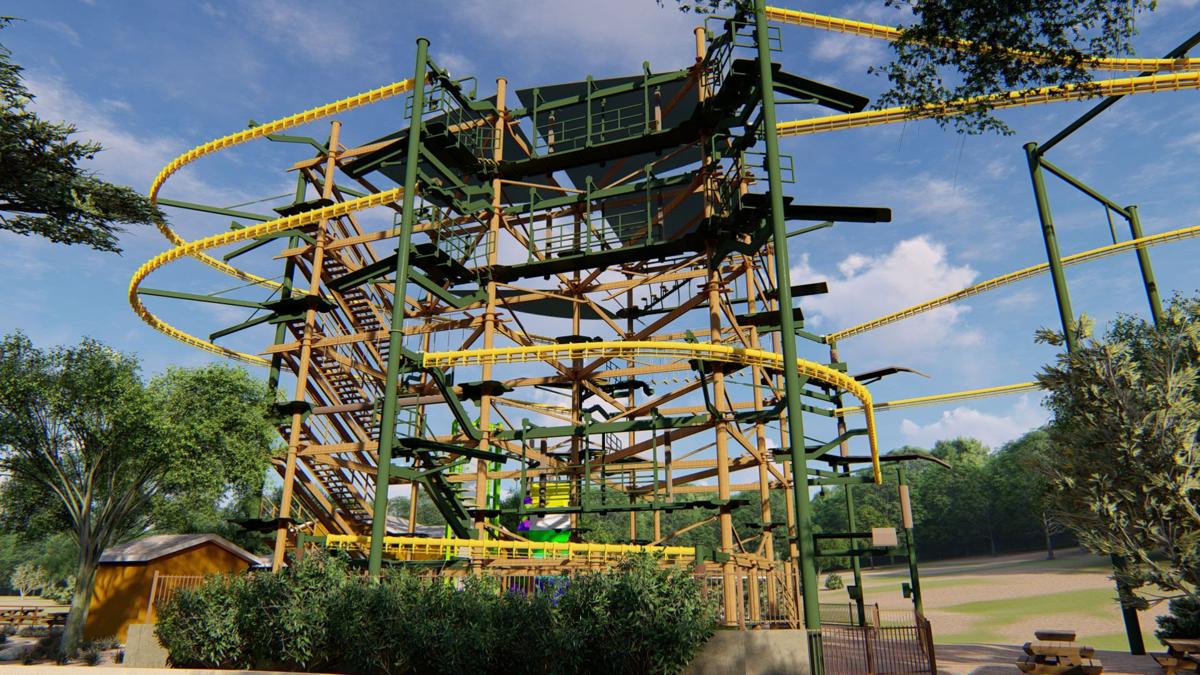 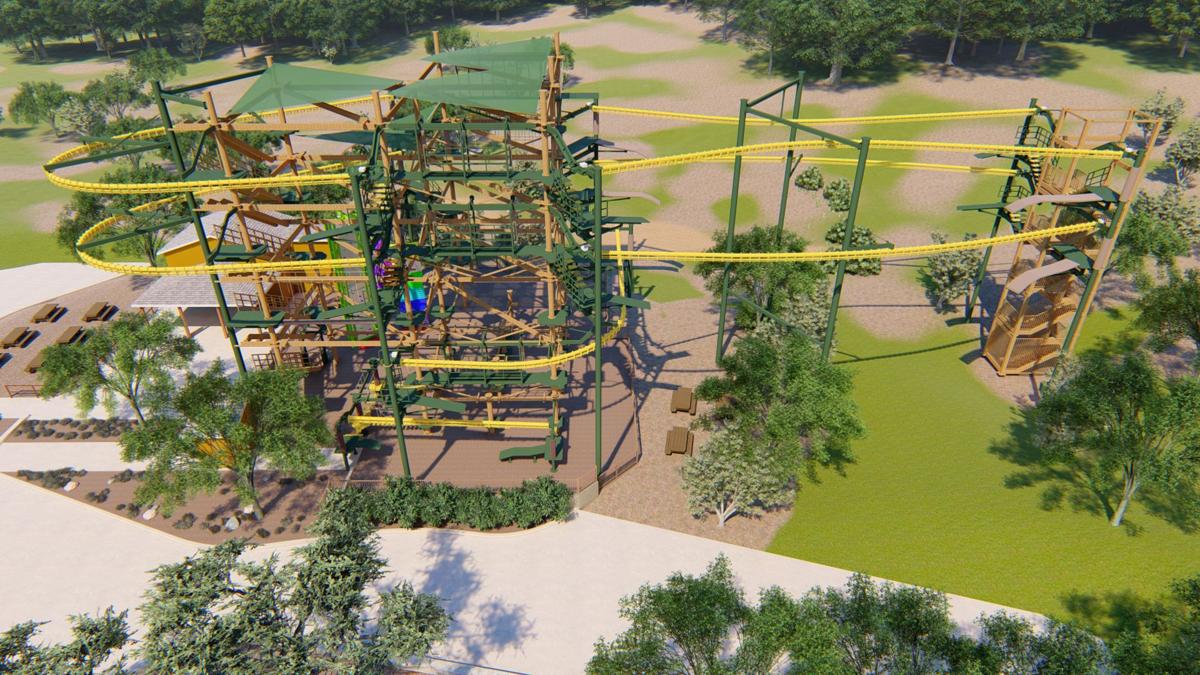 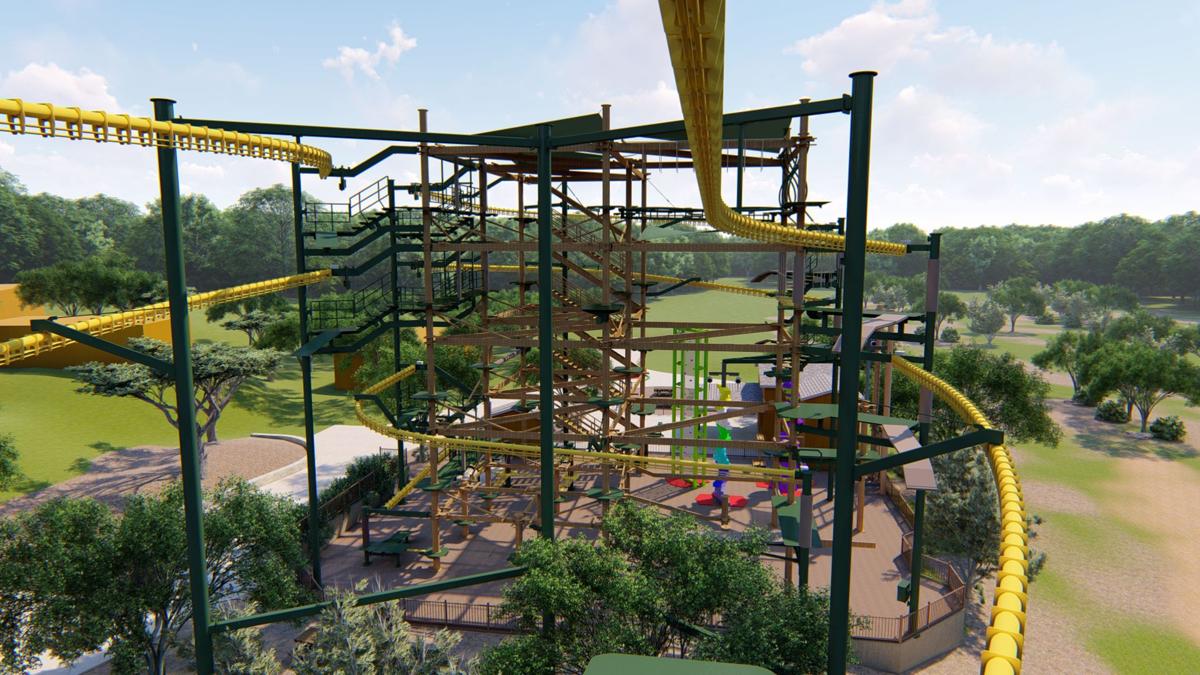 Most may think of Natural Bridge Caverns as a place to explore the great depths below New Braunfels, but the caverns’ latest attraction will allow folks to get six stories high.

Expected to be completed in late fall, Natural Bridge Caverns will be replacing and expanding its canopy explorer and canopy zip line for the new Twisted Trails Sky Adventure Course. The new aerial attraction will be equipped with seven “sky rails” that are similar to zip lining, only a lot more fun said Travis Wuest, vice president and third generation co-owner and operator of Natural Bridge Caverns.

“We’re expecting to start construction in the next week or two,” Wuest said. “This new attraction has a non-traditional zip line experience.”

Looking much like suspended single-track roller coaster rails, the sky rails will allow participants to move between the obstacle course and the other rails seamlessly rather than having to do the two systems independently, Wuest said.

“That’s the thing I think is the most exciting — the sky rails, and the way they seamlessly work with the ropes course,” Wuest said. “Before they were kind of separate experiences, and you had to go down, change harness, climb back up — on this one, you can go back and forth, work your way from one to the other, or if you want you can just do ropes course, but it’s going to be a ton of fun.”

According to RCI, Twisted Trails will be the Sky Trail system that globally features the most Sky Rails in an outdoor attraction with 685 feet of total track.

“The six stories high attraction features four levels and will offer 50 elements to challenge children and adults alike with such activities as stepping-stones, a weave walk and a rolling log,” Natural Bridge Caverns said in an official statement. “Seven curved Sky Rails ranging from 82 feet long to 125 feet long were used to fabricate portions of the attraction.”

Unlike traditional zip lining, which only travels along a straight line, Twisted Trails includes curved rails, including an 180-degree arc, and goes up to estimated speeds of 8-12 miles per hour, Wuest said.

“A couple things we’re really excited about — younger kids can do this experience than what we can allow now,” Wuest said. “Right now the height requirement is 48 inches, but the new system will be 42 inches. That opens it up to a younger segment of kids.”

There will also be an additional “eighth rail,” the new Twisted Trails Tykes — which is a smaller version of the course and allows for kids even smaller than 42 inches to partake in the fun, Wuest said.

“That’s a fun addition,” Wuest said. “So parents can stand next to their toddler as they do a mini zip line.”

Another addition will be the Clip ‘N Climb, which helps round out the new million-dollar attraction by adding complex climbing elements.

“It’s somewhat like a climbing wall, where the obstacles are vertical obstacles,” Wuest said. “So we’re really excited about that as well.”

The attraction is set to open in mid-November before the holiday season.