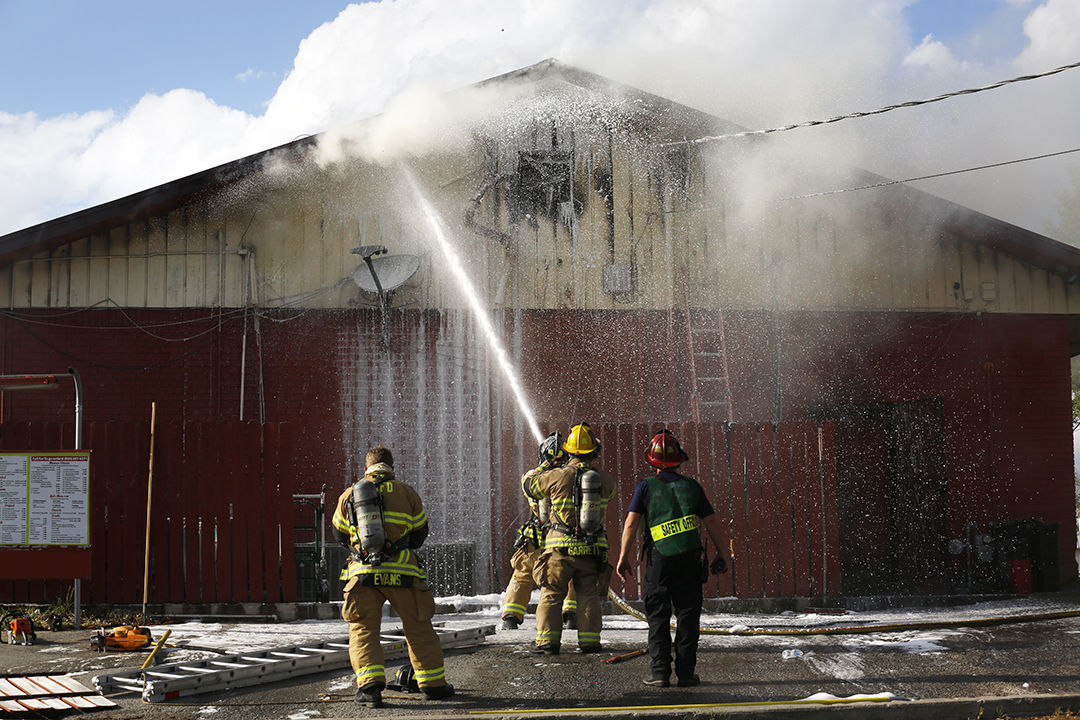 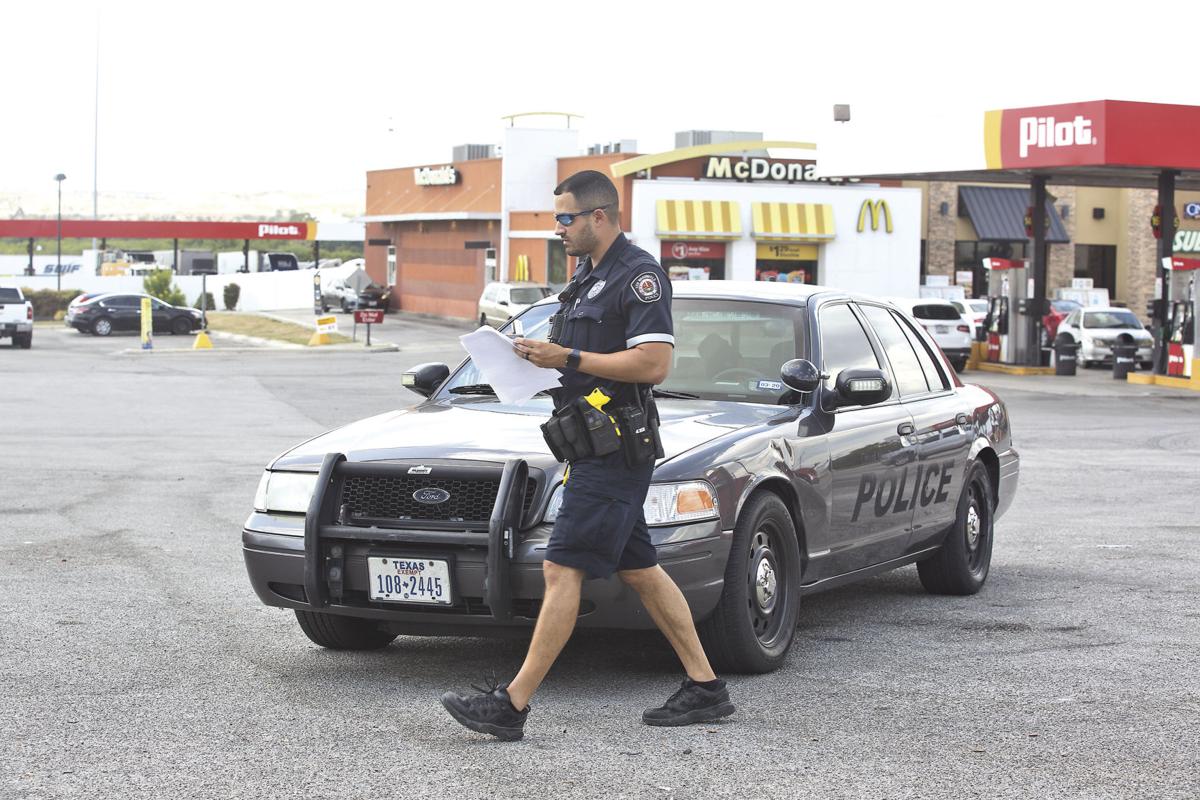 Victor Rocha and Jeremy VanAusdall remember what led them to New Braunfels to continue their careers.

“I started out with the Bexar County Sheriff’s Department, making $9 an hour,” said Rocha, a New Braunfels Police Department detective. “I was there nine years before coming here, where I’ve been for 16 years.”

“I’ve been working in Comal County for quite a while,” said VanAusdall, a NBFD captain. “Back then, the pay was predominantly way behind what the market offers – but this has always been home.”

Rocha and VanAusdall, respectively steer the city’s police and fire associations whose memberships are civil service personnel as defined under state law. Both men agree the city is trying to do more to increase pay for uniformed officers, which began improving after 2013.

“The city staff is focusing on personnel development and retention,” VanAusdall said. “They know the value for those and especially the value of developing and training them.

“We’re improving salaries and hope we stay on that same road. But I also hope we continue to work for more progress on that, and it’s important that we have a city manager and a City Council that has made it a priority in taking care of us.”

Mayor Barron Casteel recalled there simply wasn’t enough in the city budget to keep up with responder market salaries in the months prior to his election in 2014.

“Before 2013, the city had been deficit spending,” he said. “The slumped economy and a number of other things led to the city spending more than it was taking in through sales taxes, property taxes and other revenue sources.”

He said Robert Camareno was appointed interim city manager in March 2013 and had only months to compile and submit the 2013-14 budget. After Casteel’s election in May 2014, real work began on improving first-responder salaries in the city.

“The first thing we tackled was compensation increases for police and fire,” he said. “We were losing employees who couldn’t maintain a home here because of their compensation.”

Casteel said the city had to strike a balance — it had to compensate existing staff, while attracting additional staff. That’s why incremental improvements happened over the next five years.

“We also had to address personnel who were being overworked,” he said. “They were placing themselves in danger because of that, and the overtime is always a concern to the taxpayer.”

Rocha agreed Camareno and Casteel have done a lot, but there’s more left to do.

“We’re still are probably two years behind other areas,” he said. “We only catch up (temporarily) in getting back to market (pay), but in the time it takes for the city to finish another study, we’re another two years behind — which is frustrating to many officers here in the city.”

Barbarians at the gate

Recently, an Austin-area TV station featured San Marcos Police Chief Chase Stapp, who extolled the virtues of his department, which has stepped up pay to recruit experienced officers.

“Currently, we have 108 officers, but we’d like to have between 120 and 130,” he said, indicating increased call volumes in recent years.

The San Marcos City Council gave the go-ahead for the department to increase starting salary for new recruits with four or more years of experience to $64,913, with an additional $3,000 bonus for incoming officers.

“Experience is invaluable in a new hire, so we strive to provide the highest level of support for our officers and reward their training, dedication and prior on-the-job experience,” Stapp said in a statement. “Our goal is to hire officers who are passionate about their work and are committed to serving this growing community.”

He said the city’s general fund budget indicates public service salaries comprise 56 percent of expenditures, and 73 percent of all city salaries. That’s similar to comparable cities, especially in Texas, where citizens place a high premium on those services.

Werner said the city doesn’t track those leaving for other markets.

“The numbers aren’t high enough to mandate a comprehensive study,” he said. “We’re mindful of where they go when they do leave,” he said. “But we’re not losing employees to any particular competitive area entity on a regular basis.”

Last week, Werner reported recent attrition rates for all city full-time employees. Between 35 and 45 have annually departed since 2016, but added that 55% of departures in 2018 were for jobs that provided career advancement and/or increased pay and benefits.

“That’s why we’ve heavily invested in market-based compensation increases and have done our best to maintain them on the same level as those in benchmark comparison cities,” he said.

The city’s 2013 and 2016 studies reviewed uniformed positions offered in Austin, San Marcos, San Antonio, Schertz, Seguin, Georgetown and others. Both led to staged improvements that narrowed city market gaps by more than 10% in the last five years.

The 2013 study led to incremental step pay adjustments over the next three years (40-50-10%), with a cost-of-living adjustment the third year. The 2016 study revised pay scale steps and market compensation adjustments over a two-year period.

New NBPD officers also receive a $3,000 signing “bonus,” with the first $1,000 awarded when hired and the rest paid on their first- and second-year anniversaries.

“That’s the only city position eligible for that, but we do adjust for certifications and education,” Werner said.

Preliminary findings indicate police and fire pay are currently 7% behind the market. The city is compiling a 2019 market study update that will be completed this fall. It will again compare data from benchmark comparison cities to reclassify positions within pay scales, likely over a multi-year period.

The city’s 2019-20 proposed budget designates $1.94 million for employee compensation investment. It includes $936,700 for 3% uniformed police and fire market shift increases, and $243,800 more to get certification and education pay closer to market. If approved by City Council, it will hike starting police pay to $54,075 and starting fire pay to $51,884.

“We hadn’t studied certification pay for 10 years and it’s been quite a while since those were adjusted,” Werner said. “We need to keep making sure we keep aligning the specialized pay closer to the market.

“The 2019-20 update falls in line with the same strategy in those studies and will again include committees — one for police and another for fire — working with the city manager’s office and putting together step plans,” he added.

NBPD Chief Tom Wibert and Interim Fire Chief Patrick O’Connell are pleased with progress on pay for their officers. They say recently approved equipment and programs will attract new employees, as well as facilities approved in the 2019 bond.

“One of our biggest challenges are attracting people — not only in Texas but nationwide,” Wibert said. “We have to work hard on it — we have nine in training and three at the academy. Even after that, we still had five vacancies — but we’ll wait to find the best for our organization.”

The 2019 bond approved a brand-new police department headquarters and Veterans Memorial ($36.3 million) on land across from the Comal County Sheriff’s Office and new county lockup. The measure will reconstruct Fire Station 2 and 3 (combined $13.2 million), with Phase II of the Tax Increment Reinvestment Zone agreement with Town Center at Creekside developers funding a seventh fire station and training facility near Farm-to-Market Road 483 and FM 1101.

Camareno said designs for all four facilities have been approved by council. He expects all will be completed within five years.

O’Connell said NBFD has added more than 40 positions since he joined in 2005.

“We always lose people to Austin and San Antonio, but for the most part, people want to work in New Braunfels,” he said.

Wibert said recent city programs, such as the NBPD “power shift,” a four-year plan to add officers serving at peak times and in specialized positions, has helped. NBPD added four officers last year and will add seven more next year. Wibert said two positions, as part of the department’s new mental health unit, will process and transport patients to facilities in Austin, San Antonio and Kerrville.

“We had more than 800 calls that involved in a mental health issue and half of them involved a mental health transport,” Wibert said. “Even though there’s one contact, mental health calls can take up to six hours. So this will be a big help, and working with the county, which will also add officers.”

Members of both associations are rank and file uniformed officers defined as civil service personnel under Chapter 143 of Texas Local Government Code, which sets standards for hiring, promoting, firing and other personnel practices for police and firefighters, excluding support staffers, dispatchers and other civilian positions.

New Braunfels residents were slow to embrace civil service. Voters rejected it for police in 1974, overwhelmingly approved it for firefighters in 2006, and narrowly for police in 2011.

The NBPOA and NBPFA confer with city management on pay, benefits, developing position and departmental guidelines and more.

Camareno said both organizations are working out agreements to conduct “meet and confer” sessions, which aren’t as confrontational or adversarial as collective bargaining negotiations. The collaborative sessions offer an environment that discusses problem areas and common solutions.

NBPOA and NBFOA’s biggest area of concern — salary adjustments — is being addressed.  Police and fire representatives will serve on committees that will recommend future actions. City Council must approve meet and confer agreements before both associations can launch talks with the city to address other concerns.

Both associations want to additional attention and salary adjustments for specialized talents, such as certifications, educational training and stipends for Spanish-speaking officers.

“We might beat competing agencies on base pay but they certainly beat us on certification pay,” Rocha said.

The associations also want to update city hiring and promotion guidelines and ways to get former officers back into the fold.

“We’ve had folks leaving for private and public entities who want to come back — under the current system, they have to go through the entire process that (new recruits) go through,” VanAusdall said. “The city worked with us on that because getting them to return is not only beneficial for the fire department but also for the city.”

Will numbers, pay be able to match growth, inflation for first responders?

Safety comes at a price with city, county studying lagging pay for first-responders

Will numbers, pay be able to match growth, inflation for first responders?

Safety comes at a price with city, county studying lagging pay for first-responders