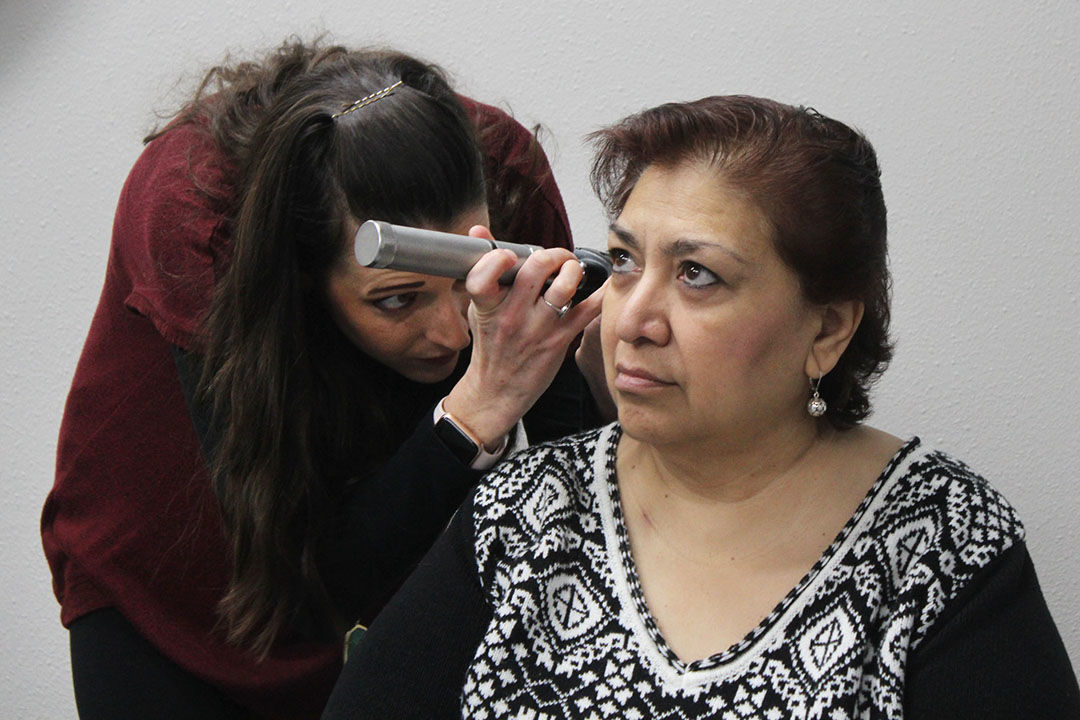 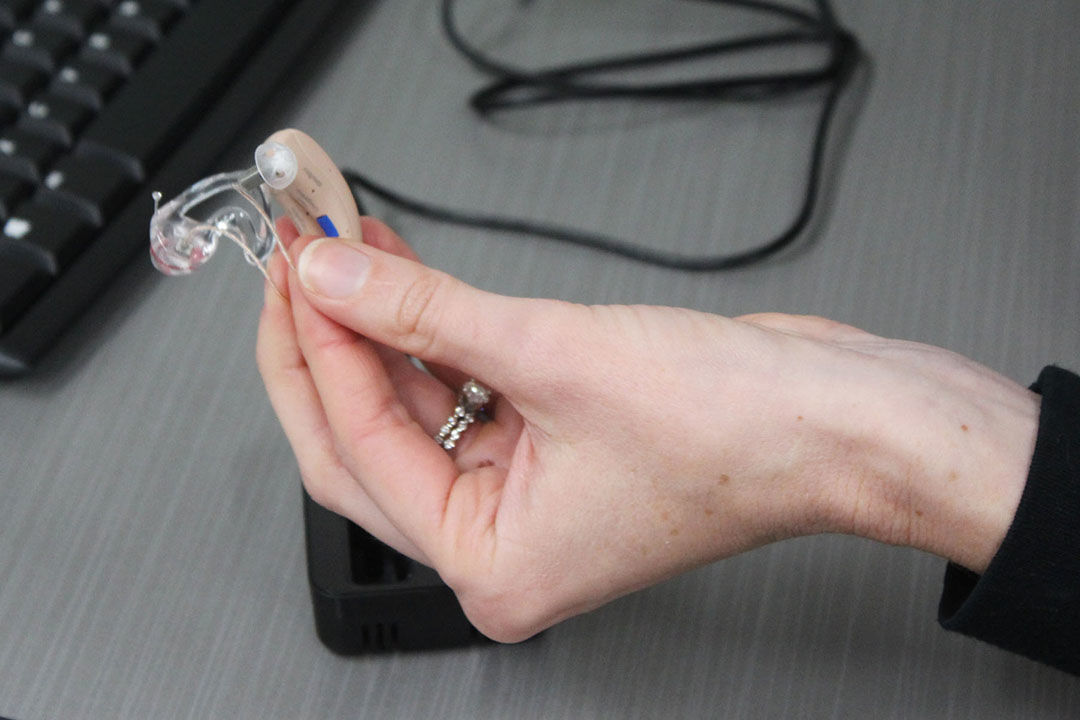 Audiologist Paige Juarez holds a hearing aid in her hand before gifting them to Cynthia Reese at Estes Audiology Hearing Center on Monday. The hearing aids are the Signia CROS system, which retail starting around $1,600-plus according to the Signia website.

Audiologist Paige Juarez holds a hearing aid in her hand before gifting them to Cynthia Reese at Estes Audiology Hearing Center on Monday. The hearing aids are the Signia CROS system, which retail starting around $1,600-plus according to the Signia website.

When Cynthia Reese woke up on a cold February morning last year, she was shocked to find she suddenly couldn’t hear anything.

It was as if someone had taken a pillow and pressed it over the Selma resident’s ears, making everything go quiet. Panicking for a moment, Cynthia remembers calling for her husband, Randall.

“I was really dizzy, like extremely dizzy and throwing up,” Cynthia said.

Transported to the emergency room, Cynthia, 61, discovered she had likely experienced a mini-stroke in her sleep leaving her right ear completely deaf and her left ear partially deaf.

Her husband, himself wheelchair bound after two strokes a few years ago left much of his right side paralyzed, said it was a scary moment.

“They told me that my hearing should return after a couple weeks, so I was relieved,” Cynthia said.

Cynthia is this year’s Gift of Hearing recipient from Estes Audiology Hearing Center in New Braunfels.

After being nominated for their annual Christmastime Gift of Hearing drawing to win a free pair of hearing aids, Cynthia remembers praying to only be selected if she was the one who needed the aids the most.

“I didn’t want to pray I got them, because I know God works in mysterious ways, so I prayed, ‘Lord, please let these go to whoever needs them most,’” Cynthia said.

After Estes receives nominations, finalists are invited in to get a free hearing test, Estes audiologist Paige Juarez said.

“Cynthia had the most extreme case from this year’s nominations,” Juarez said.

The hearing aids Cynthia received are called Signia CROS system, which work to pick up sound coming from around her and transmit the sound at a magnified level into her left ear.

According to Signia’s website, the CROS system hearing aids start at $1,600.

“The doctors told us we’d probably need a CROS system, but they’re very expensive,” Cynthia Reese said. “So when we heard about this drawing, we just began to pray.”

When she received the call they’d been chosen, Cynthia said she was beside herself with excitement.

“I just keep thinking, I’m going to be able to hear again,” Cynthia said. “I was so happy.”

Cynthia and Randall went to the New Braunfels Estes location Monday afternoon to receive her hearing aids and have them fitted.

As Juarez slipped the hearing aids on her, Cynthia looked slightly nervous. After running several tests, she jumped — she could hear.

“Oh my goodness, this is so strange,” she said turning to Randall, trying not to cry. “It’s a good strange, though.It’s so weird to hear again in my left ear.”

Juarez showed Cynthia how her hearing aids pair with her iPhone through Bluetooth and an app, allowing her to control volume and direction.

“It has a noisy room setting, so if you’re in a restaurant you can choose that, and it will only pick up the sounds from mostly in front of you,” Juarez said.

“I’ve had to put it on speaker for the last year to be able to hear anything from phone calls, and I’d always tell Randall not to listen in or be nosy,” she joked.

Another mode allows her phone to be a direct microphone, transmitting the audio it picks up directly into her ears.

“My grandkids will love that — I won’t be able to act like I couldn’t hear them,” she added wryly.

It’s truly a blessing and a miracle to be this year’s recipients of the Gift of Hearing, Randall said.

“We are very thankful,” he said.