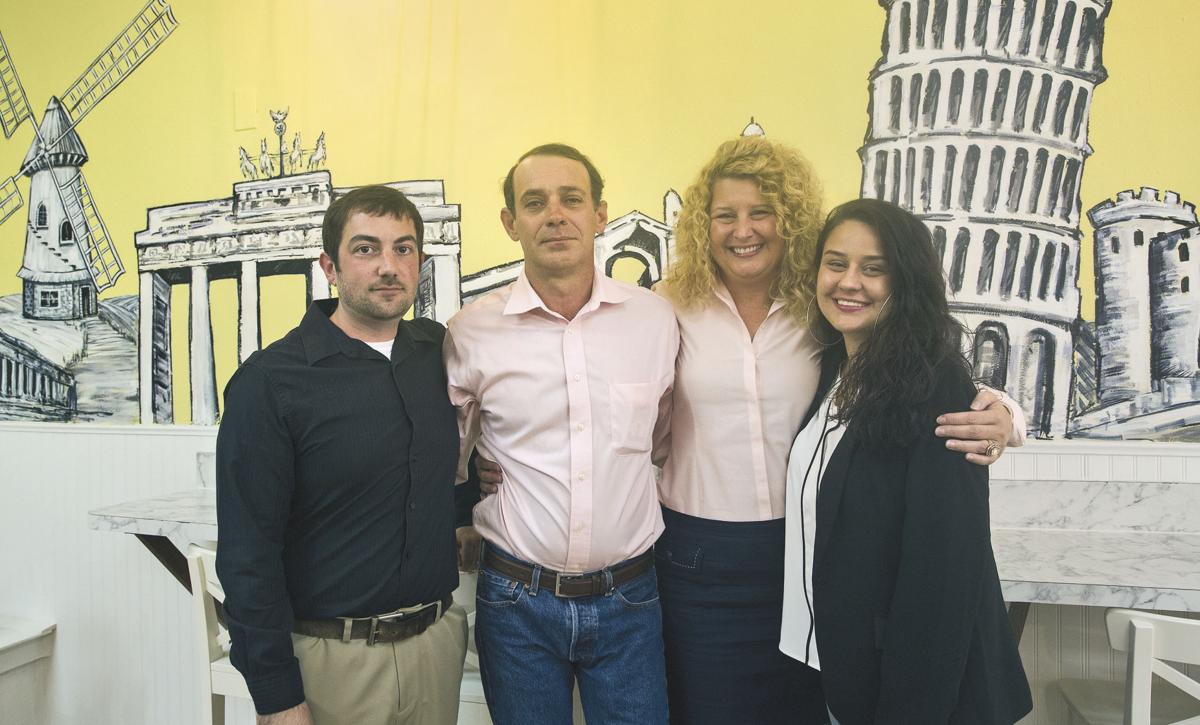 From left, Stephan Schuster, manager; Steven Startz, owner; Cinderella von Hash, owner; and Crystal Caress, daughter of Steven and Cinderella, and manager. Le Citron is set to open in the next couple of weeks. MIKALA COMPTON | The Herald-Zeitung 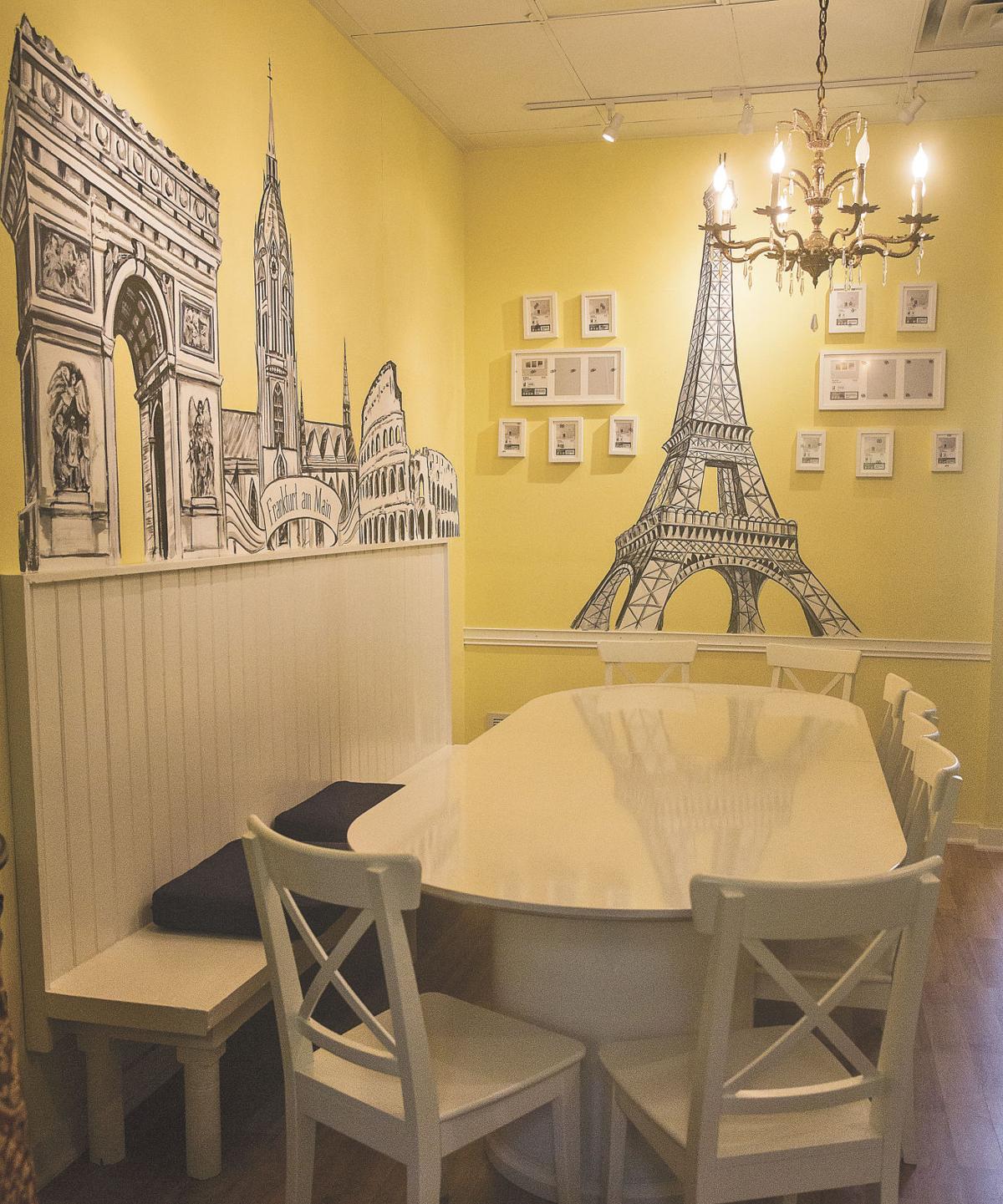 From left, Stephan Schuster, manager; Steven Startz, owner; Cinderella von Hash, owner; and Crystal Caress, daughter of Steven and Cinderella, and manager. Le Citron is set to open in the next couple of weeks. MIKALA COMPTON | The Herald-Zeitung

Walking on South Seguin Street just past Naeglin’s Bakery, a bright yellow building stands out against the staunch stonery of downtown New Braunfels.

Cozied between Landmark Square and Water2Wine, Le Citron occupies the building that was formerly the Perky Peacock, and will serve European baked goods, imported coffee, beers and wines and provide a space for artists to come together and share their talents.

“We’re all about New Braunfels,” said Cinderella von Hach, one of the owners of Le Citron. “We’re completely family owned and operated.”

Named “The Lemon” in French, Le Citron will be the “zest of New Braunfels,” said owner Steven Startz.

“There’s so much here already,” Startz said. “We just want to give it a little extra — and a little lemon makes everything better.”

Walking into the shop, guests enter into the entertainment area. Tables and booths are tucked neatly around the room around a long white marble counter on one side and a small stage area on the other.

On the far wall is a mural of important European landmarks — including the Braunfels castle, leaning tower of Pisa and more. Local artist Channe Felton painted the mural.

“Here we’ll have local artists playing, or artists reading or stand up comedy — we want this to be a place people can come relax,” von Hach said.

Walking back into the shop, patrons enter a living area-esque room with couches, a cards table, a foosball table and a “stammtisch” — a long table for groups to meet and talk.

A long hall lined with boards for pamphlets and booklets leads to a small cozily decorated bathroom.

“We want this to have all the information about New Braunfels here,” von Hach said animatedly. “Brochures from the chamber and city, a map of town, all that.”

A native from Frankfurt Germany, von Hach and Startz, spouses, said they are excited to bring the best products from Europe to New Braunfels at a surprisingly affordable price.

“We want to keep the selection limited but premium,” Startz said.

“We want this to be a place like on Cheers, where Norm would walk in and everyone knew his name,” Startz said.

Le Citron will be a great place for locals to get to know each other and come to talk, von Hach said.

“It’s great for grabbing a coffee together in the morning or a glass of dessert wine and slice of cheesecake in the evening,” von Hach said.

The shop will mostly focus on light breakfast items and lunches during the day, and will serve more as a casual evening spot for folks to grab dessert and a drink in the evening, Startz said.

“We’ll set the lighting to be a bit more mood-setting in the evening,” Startz said, switching the light dial to show the difference between the bright fluorescents for the day and subtle warm light for the evening.

Le Citron will also offer catering, vegan and vegetarian options, and is partnering with Favor for delivery, von Hach said.

“And we’ll take special orders for beer and wine,” Startz said. “If anyone wants to take a bottle of wine or some European beer home, they can special order that through us.”

Le Citron is located at 173 S. Seguin Ave. and will be open daily from 6 a.m. to 7 p.m., with occasional Thursday, Friday and Saturday hours extending to 10 p.m. Le Citron is expected to open before the end of the month, although an exact date is not set yet.

“We just love New Braunfels and the people and are so excited to get fully open,” von Hach said.