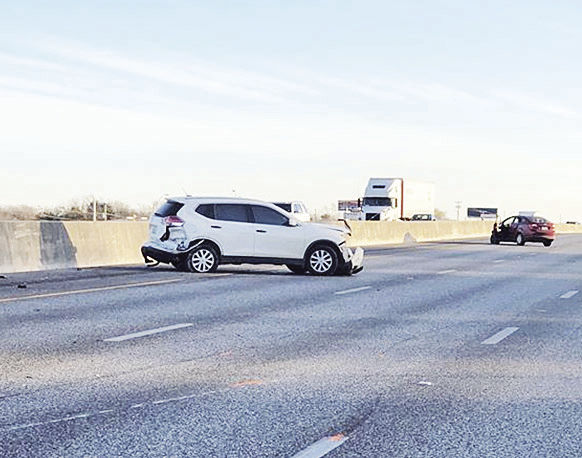 A Ford Fiesta and Nissan Rogue block Interstate 35 on Sunday after a wreck that closed the highway for hours while police investigated. NBPD photo 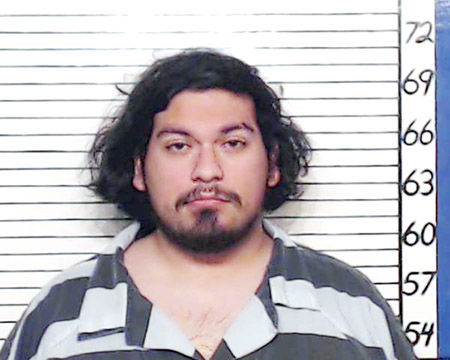 A Ford Fiesta and Nissan Rogue block Interstate 35 on Sunday after a wreck that closed the highway for hours while police investigated. NBPD photo

A San Antonio man who was driving a car that plowed into the rear of another vehicle on Interstate 35 on Sunday was arrested and charged with intoxication assault, police said.

“A Ford Fiesta had rear-ended a white Nissan Rogue,” he said, “The female driver of the (Nissan) was transported from the scene with serious, but non-life threatening injuries.”

“The northbound lanes were closed for the investigation, which included an accident reconstruction, and reopened around 10:15 a.m.,” Ferguson said. “The driver of the Fiesta underwent field sobriety tests that determined he was intoxicated, and he was placed under arrest.”

After a warrant for a blood draw, conducted at Resolute Hospital, Joshua Robert Vira, 26, of San Antonio, was charged with intoxication assault with a vehicle causing serious bodily injury, a third-degree felony. Comal County Jail records indicated Vira also had an outstanding speeding warrant, issued in 2017.

“He was also evaluated medically at the hospital before being taken to jail,” Ferguson said, adding the woman, a 29-year-old from Selma, was taken to a San Antonio hospital. Northbound lanes reopened to traffic around 10:15 a.m.

Records indicate Vira paid the outstanding traffic ticket and was released from the county lockup after posting $15,000 bond on the new charge on Monday.