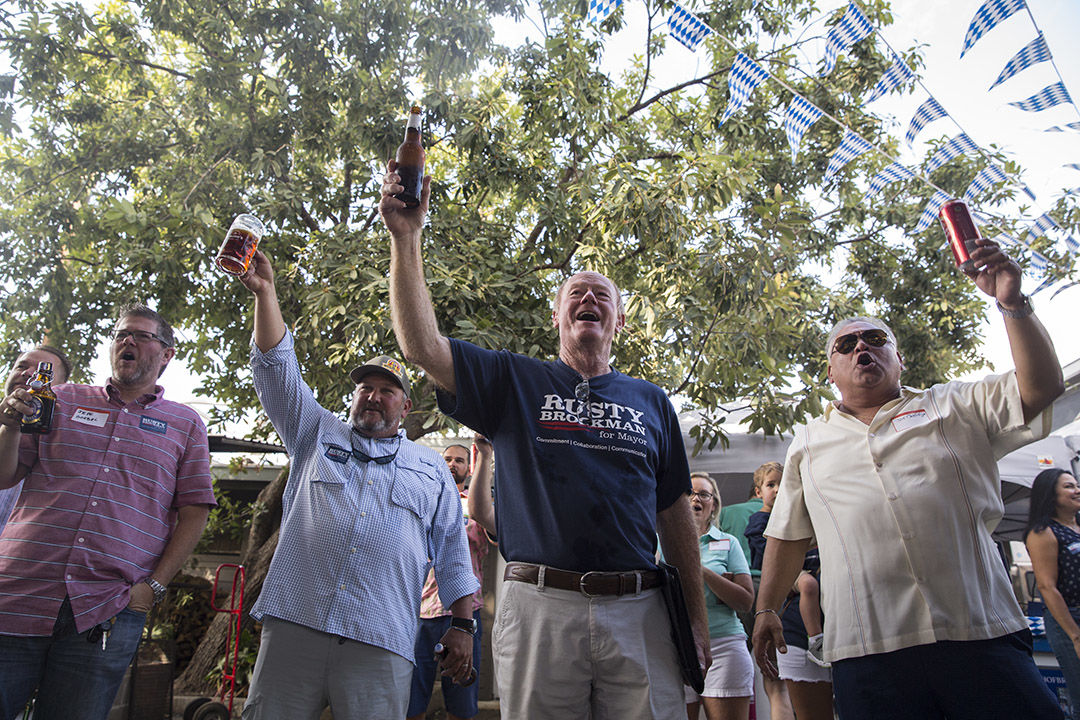 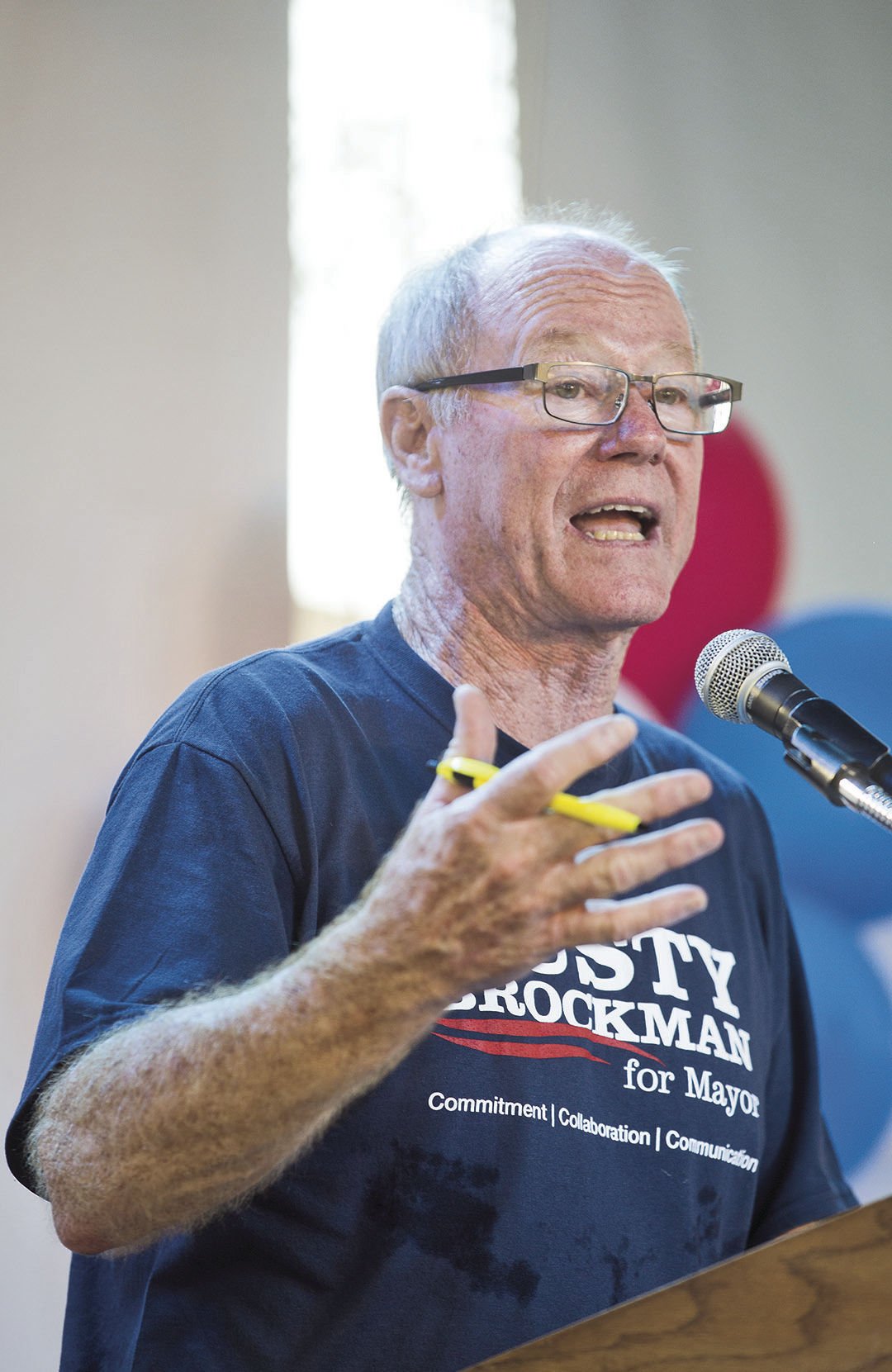 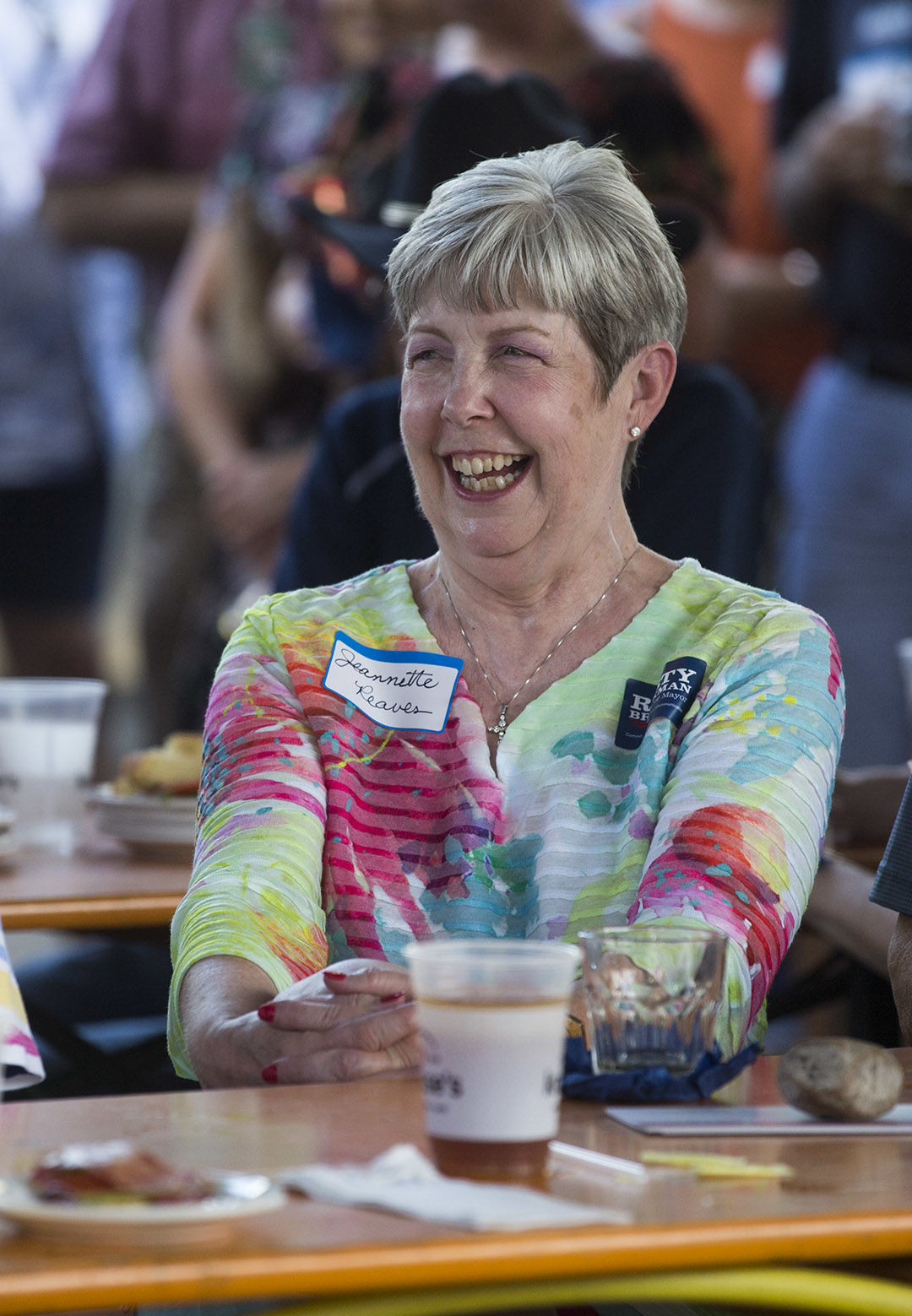 Jeanette Reaves laughs while listening to Brockman speak as he announces his candidacy for mayor at Krause's Cafe on Thursday, Sept. 5, 2019. MIKALA COMPTON | Herald-Zeitung

Jeanette Reaves laughs while listening to Brockman speak as he announces his candidacy for mayor at Krause's Cafe on Thursday, Sept. 5, 2019. MIKALA COMPTON | Herald-Zeitung

During his 69 years, Rusty Brockman has been a jack-of-all trades — juggling roles as educator, civic and nonprofit volunteer, successful business consultant, and, most importantly, dedicated family man.

As his five grandchildren watched on, Brockman pledged to parlay that experience into a new career — as New Braunfels’ next mayor.

“There are so many things to list about a community like New Braunfels,” he said, announcing his candidacy Thursday evening at Krause’s Café and Biergarten. “We are all part of finding the solutions we seek the challenges and problems we face.

“Many hands make light work,” Brockman said, paraphrasing the 14th century proverb, “That’s why I’m going to be your ‘WE’ mayor.”

Hundreds turned out for Brockman’s announcement, which for months has been the worst-kept secret in the area. City and county politicos mingled with Brockman backers distributing campaign materials throughout the venue.

Earlier Thursday, Brockman told the Herald-Zeitung he wanted to give back to a community that continues to deliver blessings.

“This community has been so good to me and my family for the last 33 years,” he said. “We’ve lived the slogan of New Braunfels being a good place to live, work and play.”

A Baytown native, Brockman and wife M’Liss moved to New Braunfels in 1986. He spent the final 16 years of a 28-year public education career as a coach, teacher and administrator in the Comal Independent School District. He led the district’s maintenance and operations department for seven years before retiring – only to leap into another career.

In 2002, the Greater New Braunfels Chamber of Commerce appointed him as vice president of economic development, where Brockman spent his next 16 years steering dozens of businesses – and jobs – into New Braunfels.

“This is the kind of community that allows people to move here, become accepted and give back to the city that means so much,” he said. “I want to continue our work together – not just only on the good things going on now, but make them better for the future of our children and grandchildren.”

Brockman said handling growth will continue as the city’s largest issue well past the May 2, 2020 city balloting, which will select a new mayor and council members in Districts 5 and 6. He thanked Barron Casteel, Wayne Peters and Leah Garcia – all barred from seeking three consecutive three-year terms – for their service.

“Thank you for your direction and you did it right,” he said. “We need to continue developing transportation infrastructure, finding water for the future and providing police and fire protection.

“The successful 2013 and 2019 bond (elections) set a path for capital expenditures moving forward – and we know what we need to do to keep up with the extraordinary growth we see every day. We can’t let it take over us, but be prepared to (prevent) that from happening – our challenge is to maintain our heritage and sustain the place we call home.”