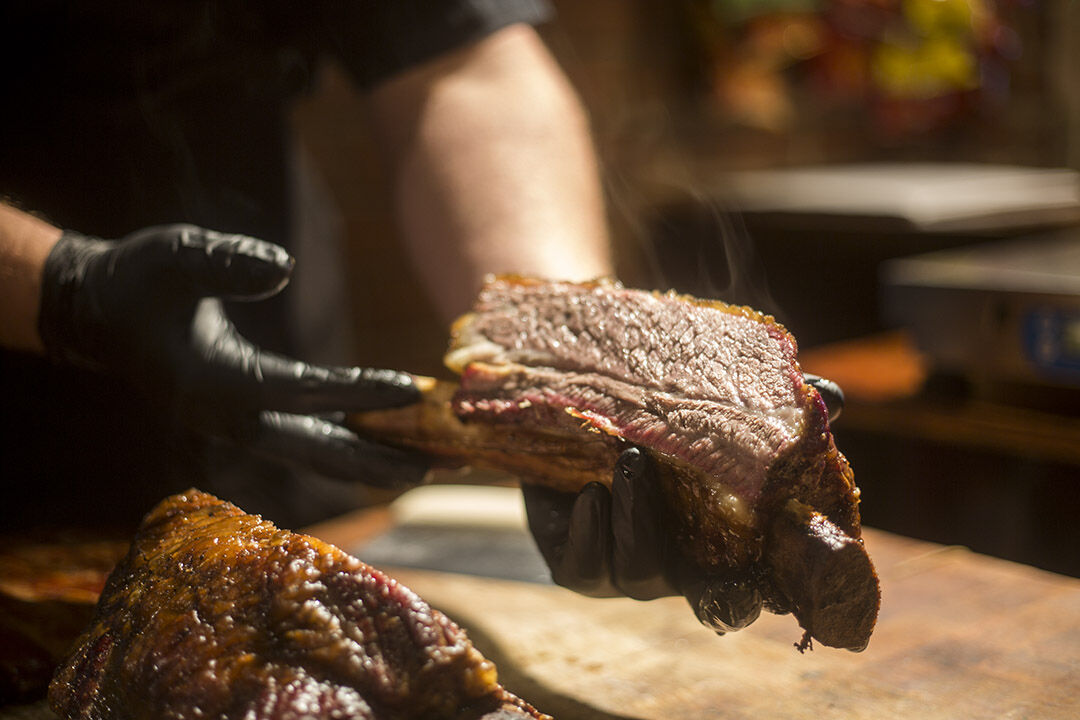 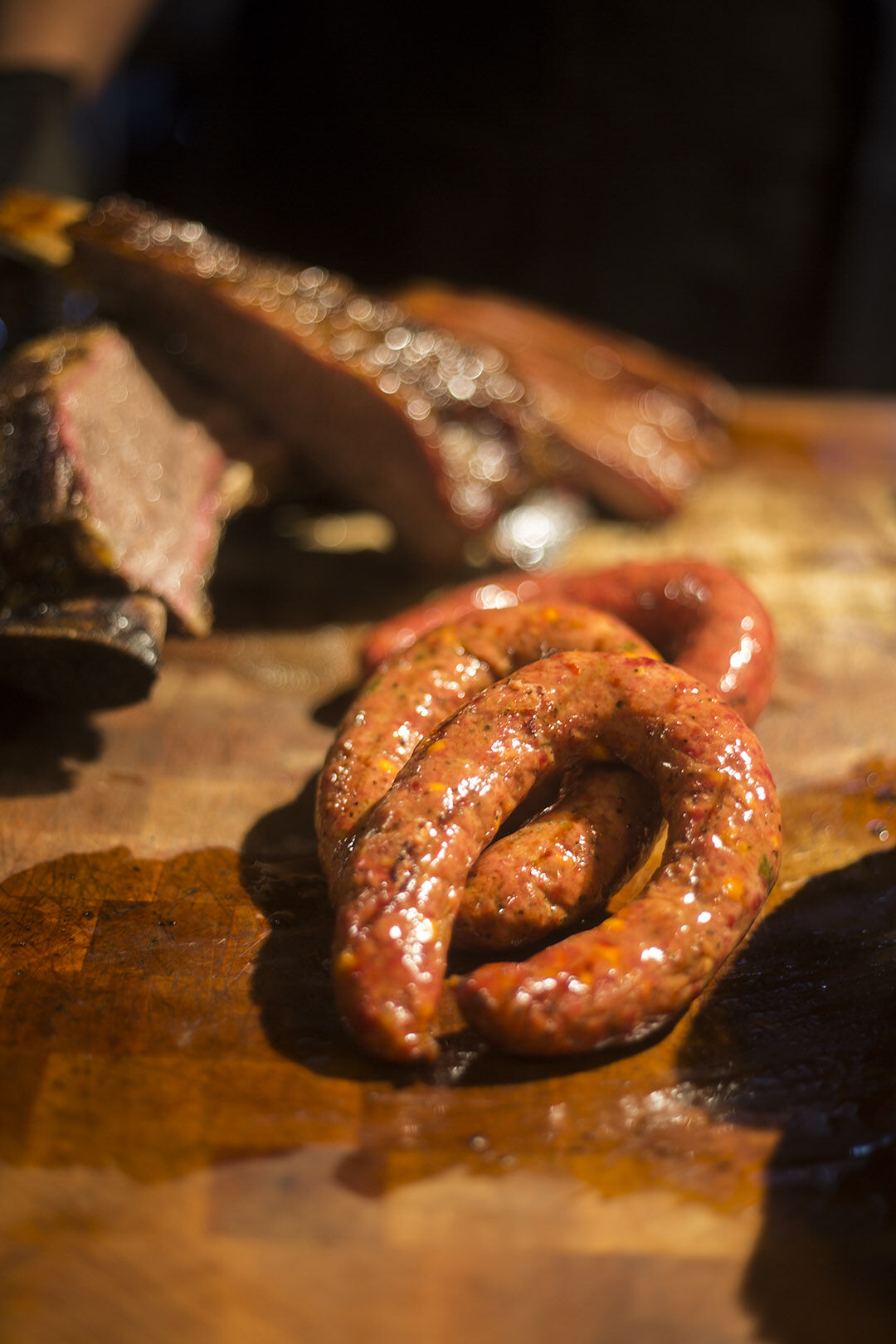 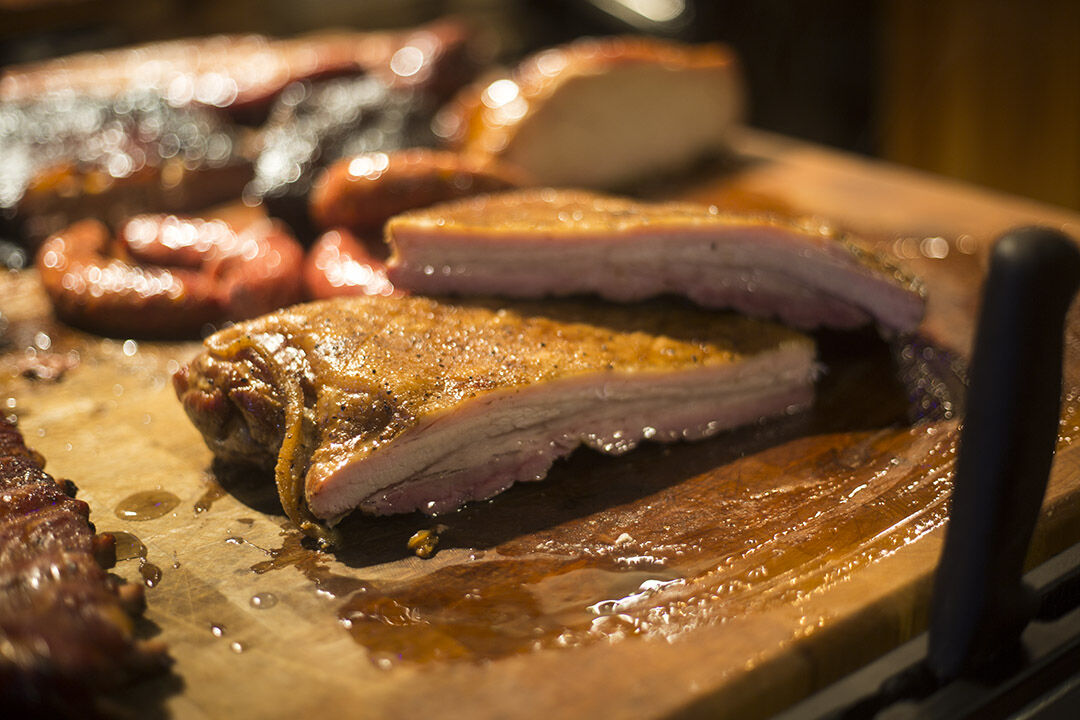 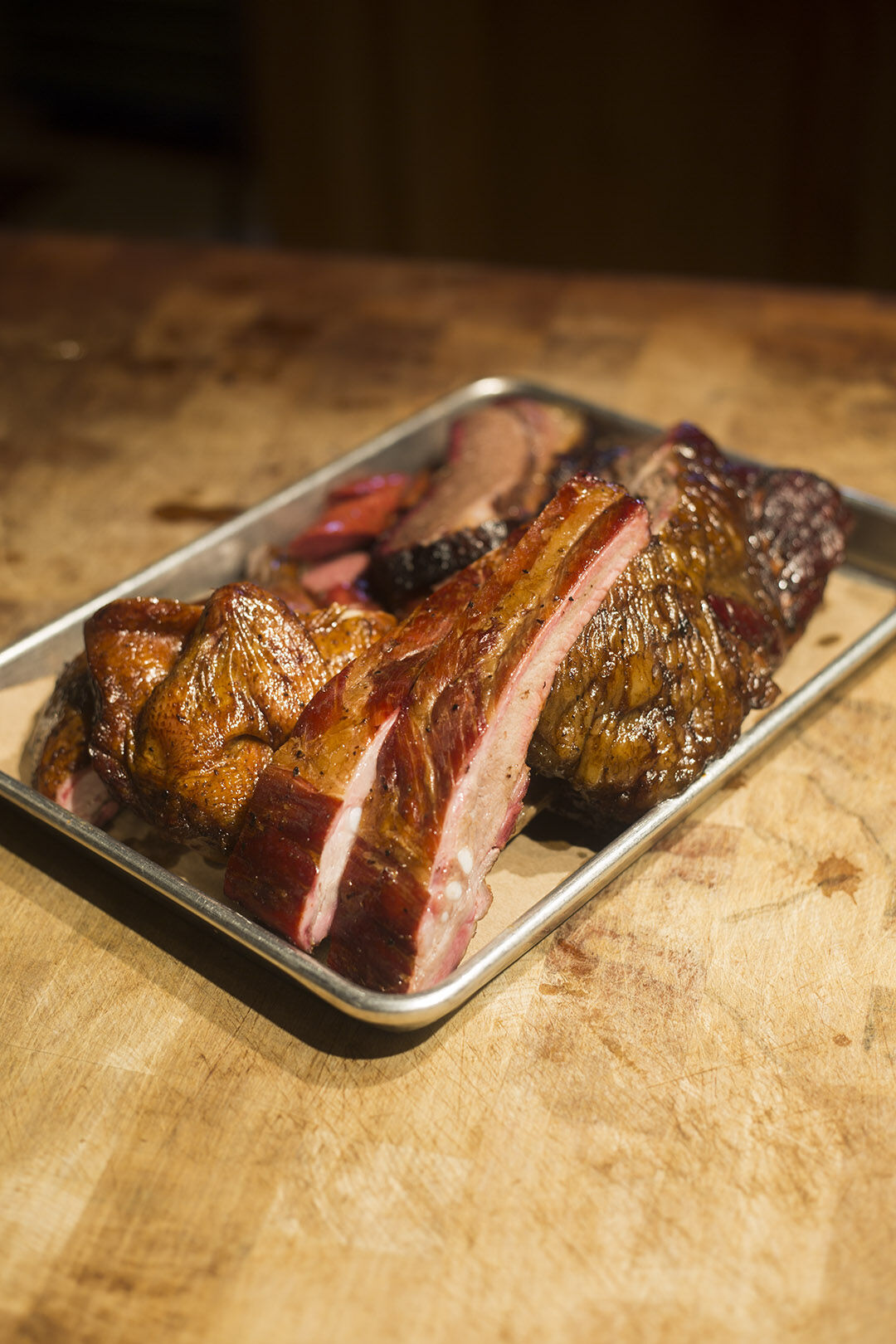 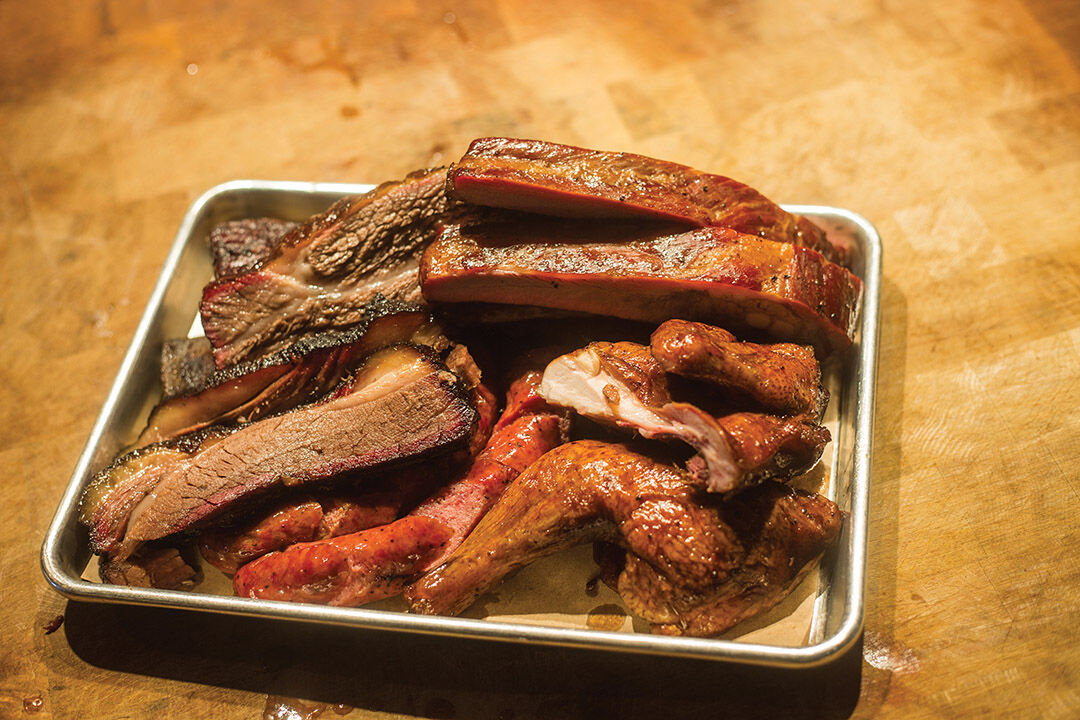 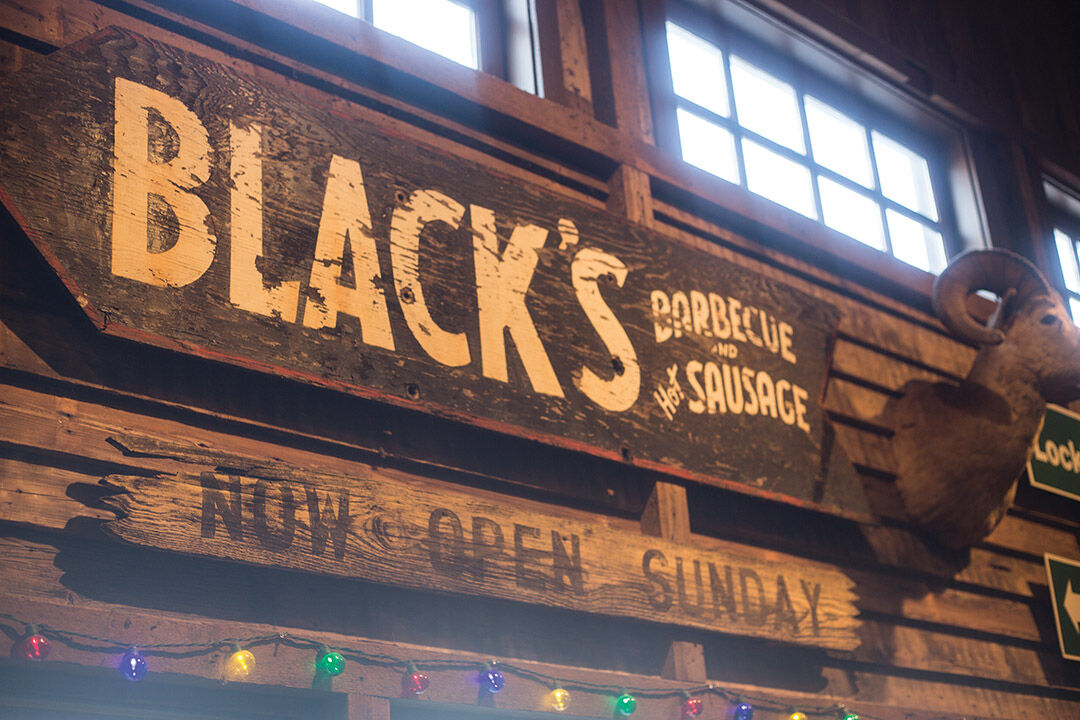 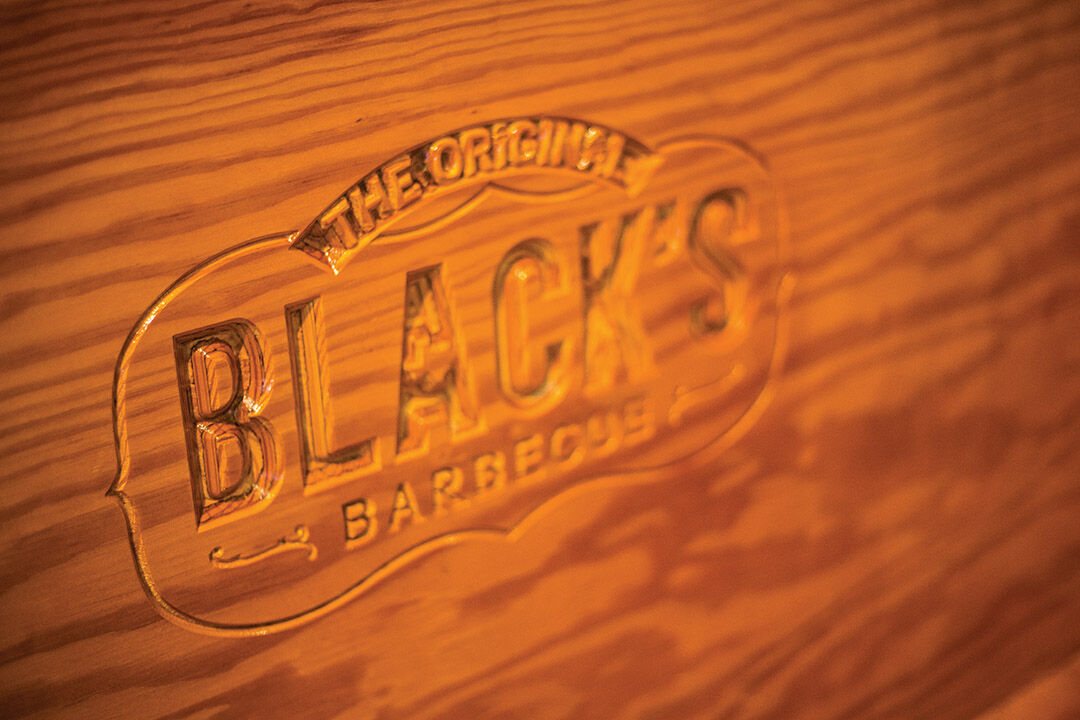 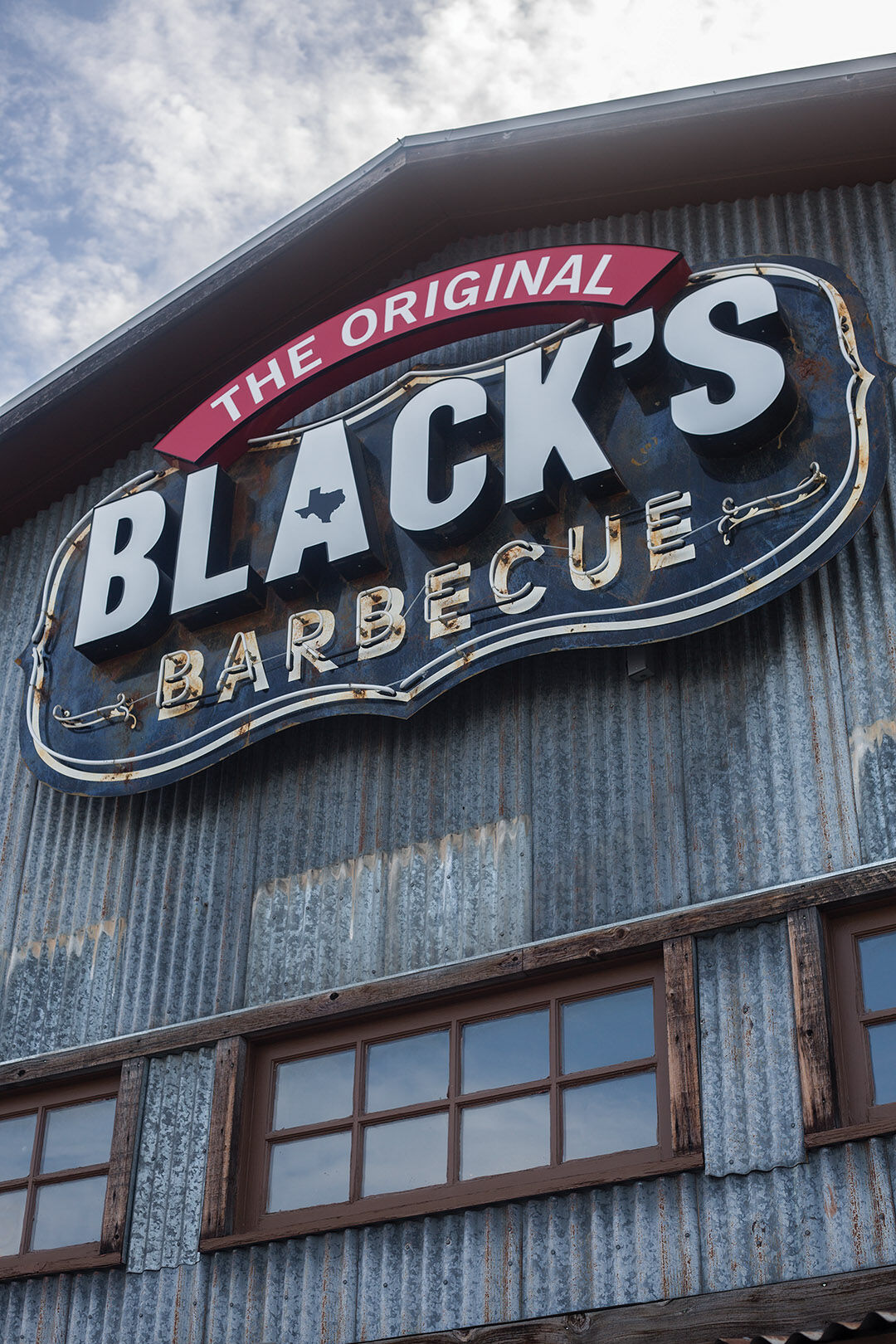 When you’re the oldest barbecue company in Texas, you’re bound to have some fans.

“Over the years we have cooked for presidents, such as Lyndon Johnson — the Secret Service watched us cook then flew our barbecue to the White House,” third generation pitmaster Kent Black said. “World champion boxer George Foreman has been a good customer, along with Matthew McConahay and 007, Pierce Brosnan.”

The Original Blacks Barbecue has been open since 1932, and during those 88 years, the recipe has stayed the same.

“We have five generations of the Black family in the barbecue business,” Black said.

The family’s cooking technique is what makes their barbecue unique, he explained. Their high quality, certified Angus beef, is cooked for 12 hours over post oak wood from Lockhart that has been aged for a year. The only seasoning is a special kind of salt and pepper that is hand applied to the trimmed briskets before cooking.

“When asked how we make such good barbecue my dad always said it’s not what we put on it that makes it so good, it’s what we don’t put on it,” Black said. “We let the true flavor of the beef shine through.”

To keep the emphasis on the flavor of the meat, Black’s keeps the sauce separate.

“We make thousands of gallons of my 89-year-old mother Norma Jean Black’s barbecue sauce,” Black said. “We don’t cook with it — it’s just there on the side for those that want it. We buy briskets by the 18-wheeler truckload and cook night and day — eight days a week, as we say.”

Housed in what was once the Crystal Chandelier Dance Hall, at 936 Loop 337, Black’s is a fairly recent addition to New Braunfels.

“The Original Black’s Barbecue came to new braunfels in the summer of 2018,” Black said. “New Braunfels had always been one of my favorite towns because of my mother’s German heritage — her first language was German and her family would always come to New Braunfels. Plus, I grew up going to Wurstfest and floating the river.”

Though the summer has looked a little different in the city this year, the family-owned business has adapted to new safety requirements as they’ve appeared.

“The pandemic has slowed us down some but we follow all of the safety rules wearing face masks and gloves,” Black said. “The safety of our guests and staff are always our first priority. We have stayed open and have not laid off a single employee.”

For people experimenting with their own barbecue in the backyard, Black has four pieces of advice.

“My tips would be to buy good quality brisket, don’t over season it, age your wood for a year and cook low and slow until done,” he said.