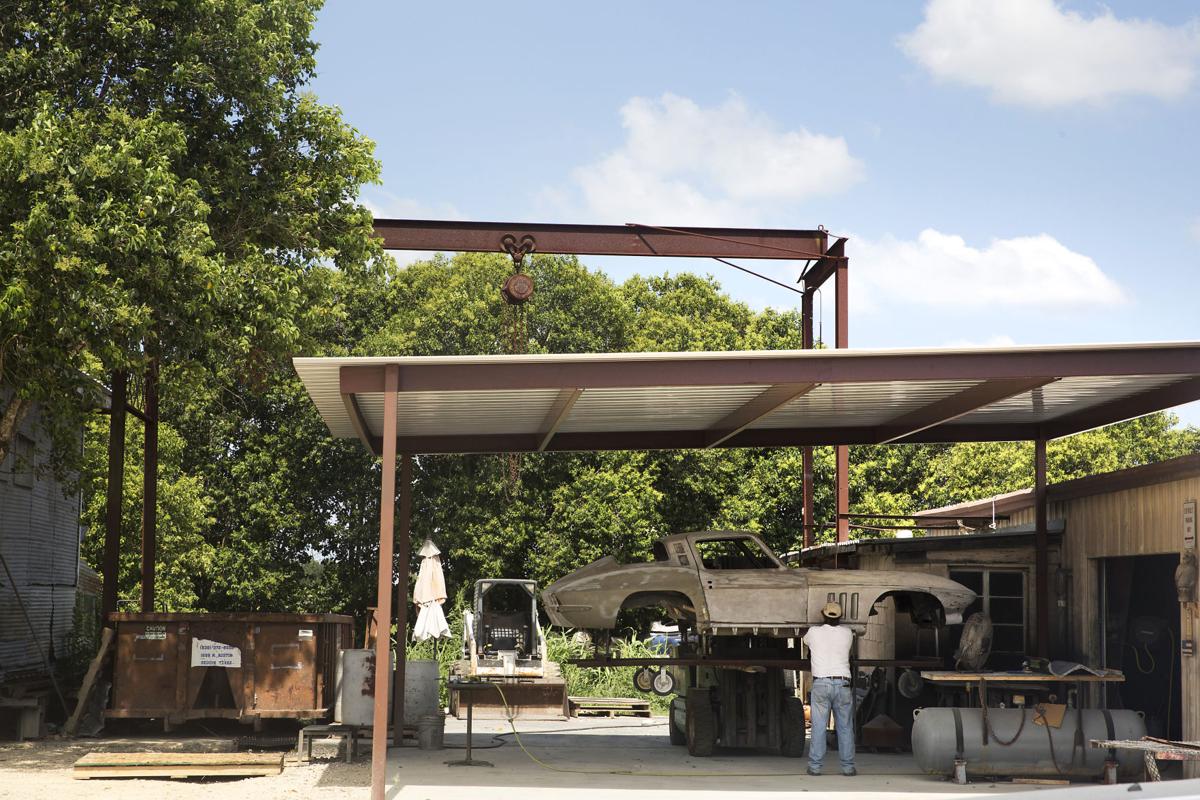 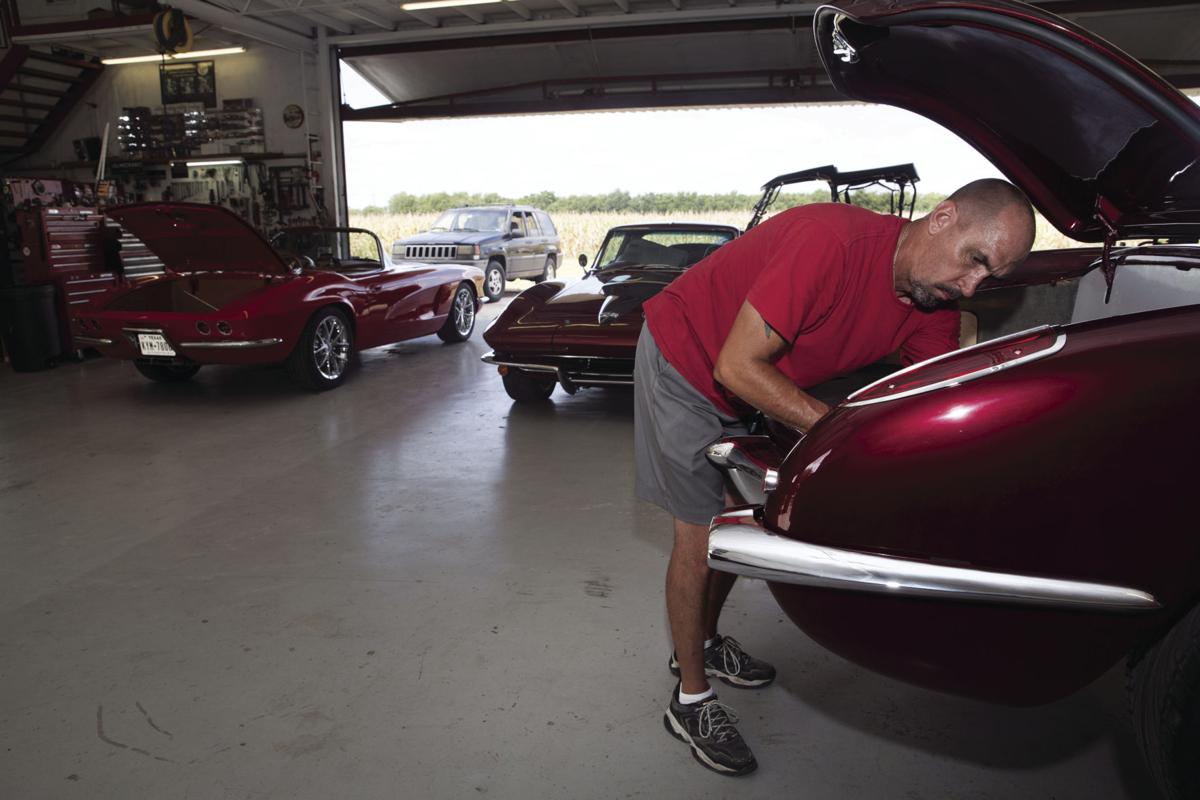 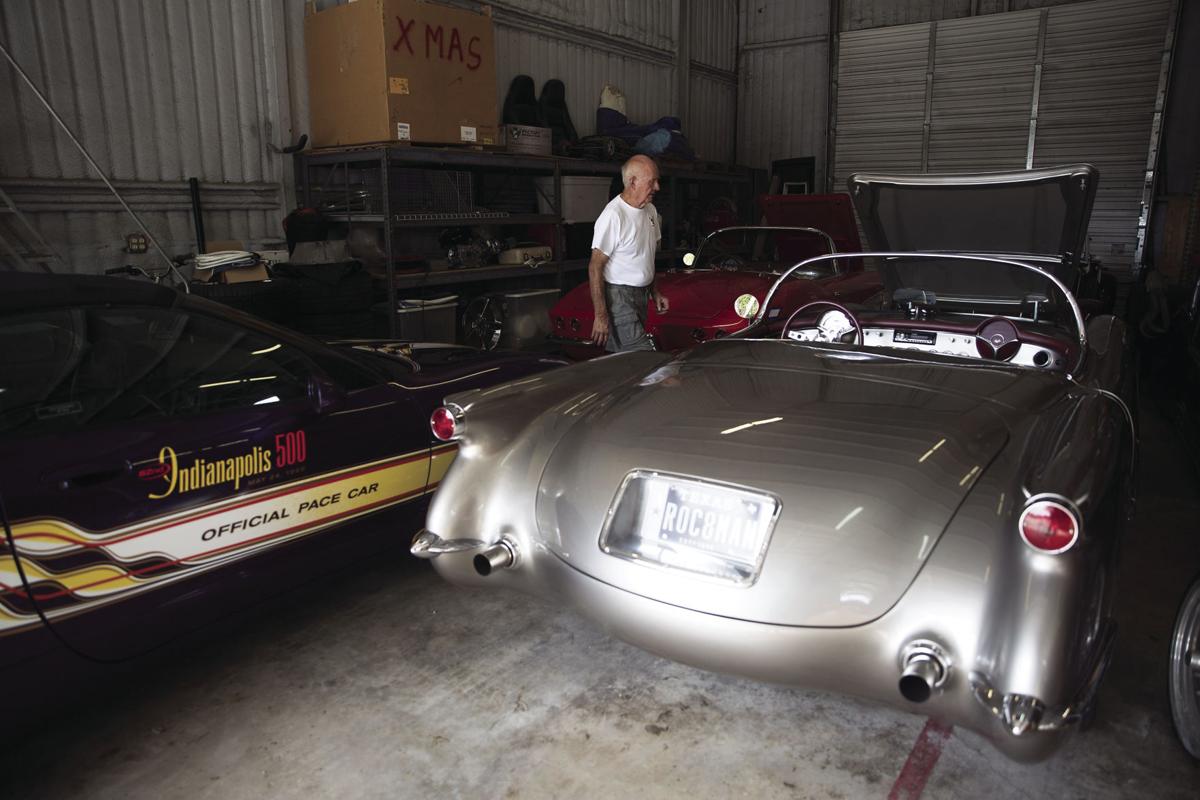 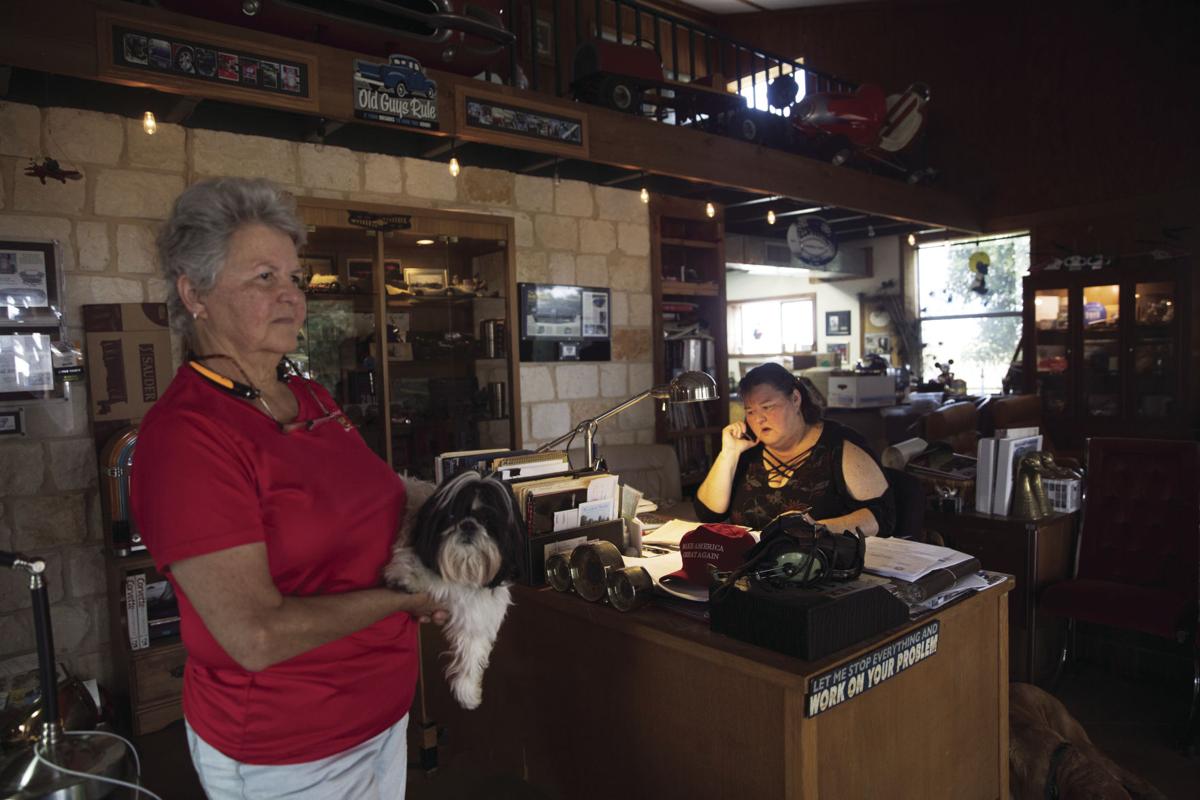 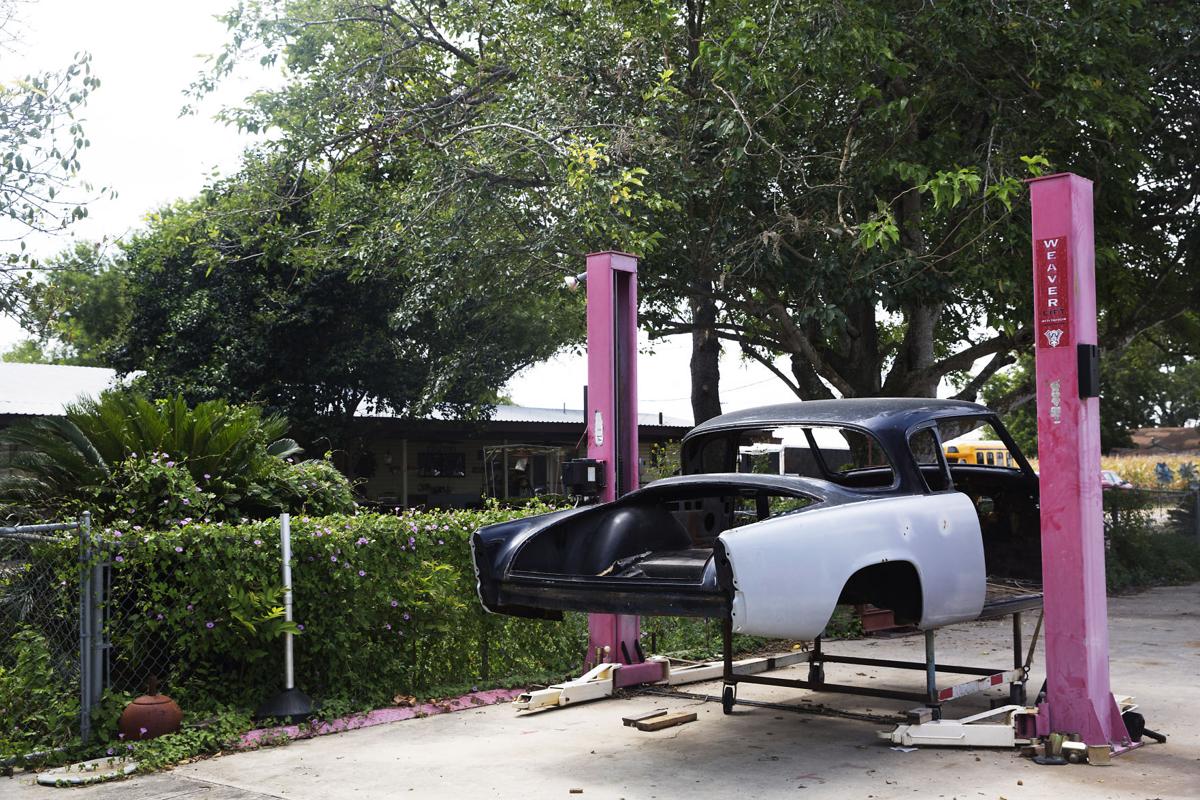 Walking into the garages on Sherry Dawson’s property amid the Texas humidity and heat, a visitor will be met with shades of shiny, delicious red.

They aren’t candied apples. They are all Chevrolet corvettes from the 1950s, but they are not owned by Dawson or her husband, the mechanic who builds these cars. They belong to clients from all over the U.S.

Dawson and her husband have had their shop for years, since the 1970’s. And Dawson runs the New Braunfels Area Car Club, which began in 1991.

The active club has monthly meetings and events, with the purpose of having people around the Comal County area to gather and encourage the preservation of cars 20 years and older, as well as display them when possible.

“Basically, people are in their old cars because it’s more social than anything. It’s an interest they all share,” Dawson said. “You get a bunch of car guys together and they’ll talk endlessly about what transmission you use, what one engine you got put in. That’s their language and that’s what they’re interested in.”

She added that a club won’t do anybody good if they don’t do anything. So, they do stuff like swap meets, which take a lot of hands to pull off.

The club also raises money and gives out scholarships to those pursuing a career in the automotive industry such as airplanes, engines and others.

To pull it off, they need people willing to show up. For one, people do not need to own a classic car to join the NBACC, but they must be working or looking for one that is 20 years or older.

An incentive for club members is an insurance discount. However, people need to check with their insurance companies to see if they offer discounts in joining a car club, or if there is a specialty one for classic cars.

“They are a lot cheaper than regular cars, so to keep and maintain it’s not as bad as adding the third car to the family,” Dawson said.

“They want to do a lot of it themselves,” she said.

It’s what also made their business into a success. When someone comes in to have their car built, especially if they are from out-of-town or out-of-state, a common request is to make it comfortable.

The cars of yesteryear didn’t have air conditioning, and they need to be modernized to today’s traffic standards. Sometimes they need seats or the radio removed and replaced.

“They want their wives to enjoy with them, and you’ve got to do that because if you’re going to take her out and you can’t put her in a car — you know three or four times a month — at some point she’s going to say, ‘Never mind,’” Dawson said.

Dawson’s own white 1954 Chevy truck has been updated with a number of modern features that make it better adapted to the times. For example, when it’s time to fill up the truck’s tank, she pulls out a remote and pushes a button. The cargo bed rises, revealing the gas tank opening near the left rear wheel.

Inside the cab is a CD player, and the seats are leather and appear brand new, complete with that new-car smell.

Signs of the times

She said men between the ages of mid-40s to mid-50s have not seem as interested in classic cars. Dawson suspects they were the kids that grew up in a family where cars were a big deal, and she attributes their lack of interest to youth rebellion. However, she said they are seeing a lot of kids accompanying their grandpas to the car shows, and now they’re getting dad involved.

For those who own and love the classic cars, their emotions are rooted in nostalgia.

Sometimes it was their first car before they were drafted to serve overseas in Vietnam.

“In my generation, it was the car they left behind when they were shipped overseas because that’s when it was still new and you went to war,” Dawson said. “So, you see a lot of it.”

But classic cars don’t only appeal to men. In recent years, more and more women participating and enjoying their own cars, Dawson said — a shift from what was for decades almost exclusively a men’s hobby.

Dawson is an example of that; she was the first woman that she knows of elected to NBACC in any office other than the position of secretary.

The price of love

When people are looking into purchasing or building a classic car, there are some things they need to consider.

First, there is the price of parts. Special, detailed parts can have car owners digging deep into their pockets.

Additionally, there is the cost of labor. At her and her husband’s shop, the mechanic’s labor is $85 an hour.

“But they’re all highly skilled, that’s one thing people don’t realize when they’re starting to figure it out,” she said. “You know, people have for years complained about the cost of a plumber. Well, when a plumber comes, he’s bringing in his truck. He’s bringing all the parts that he’s carrying around that may or may not be what you need. It’s the same with these guys. They use the best tools, and tools are expensive.”

Years of learning, training and experience also figure into the cost.

Dawson recommended that if people want to get a classic car, their car should be one that has always meant something to them.

“Go find that car to rebuild, that car to bring back, because you’ll always look for that car,” she said. “You never finish and if you really love cars, it’s a bad virus. It’s a horrible virus. There’s no antidote for it. You’re just stuck your entire lifetime doing it and you’re basically born a car guy — and I mean girls, too.”

(When I saw the working Corvettes in their garages, I too had the urge to find and buy one.)