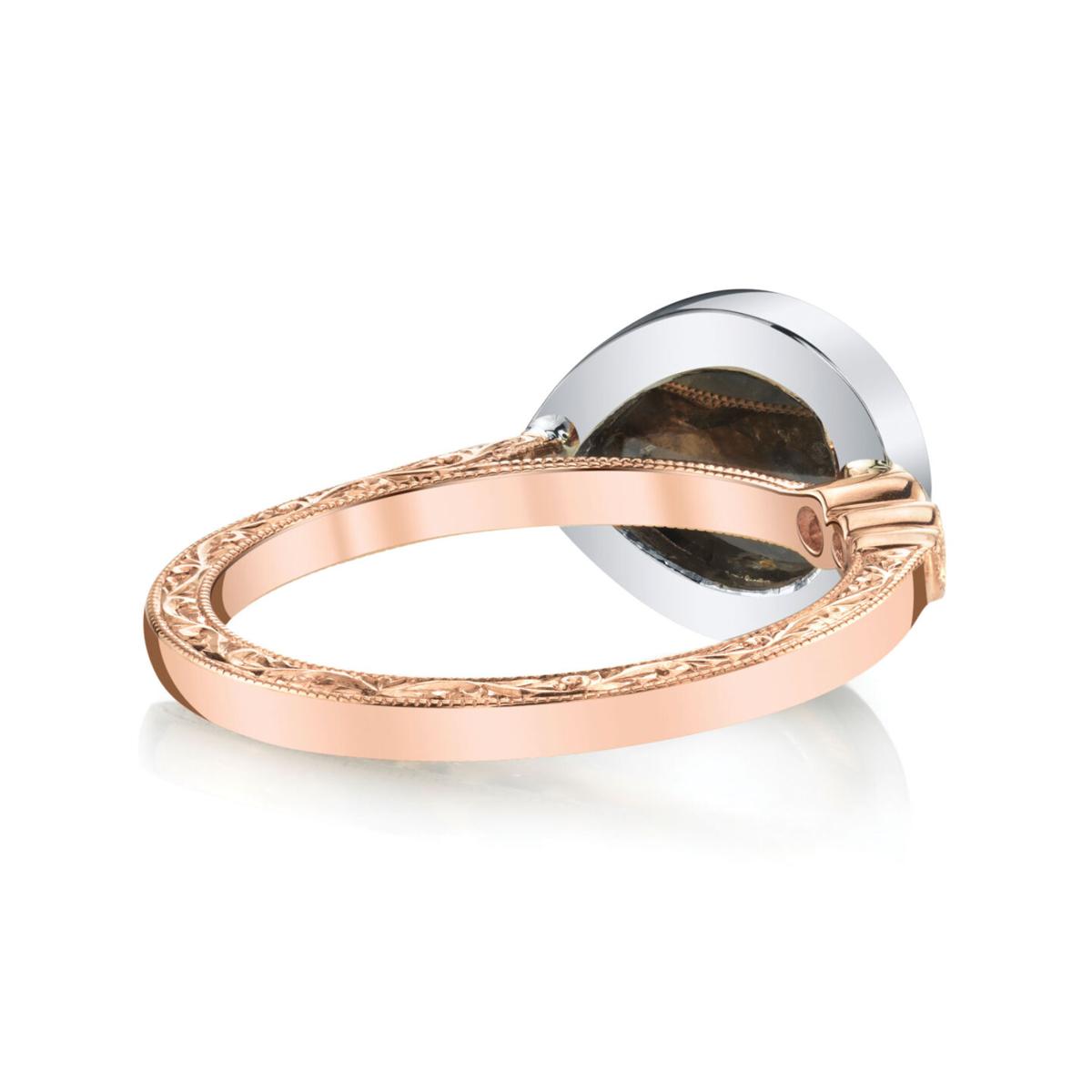 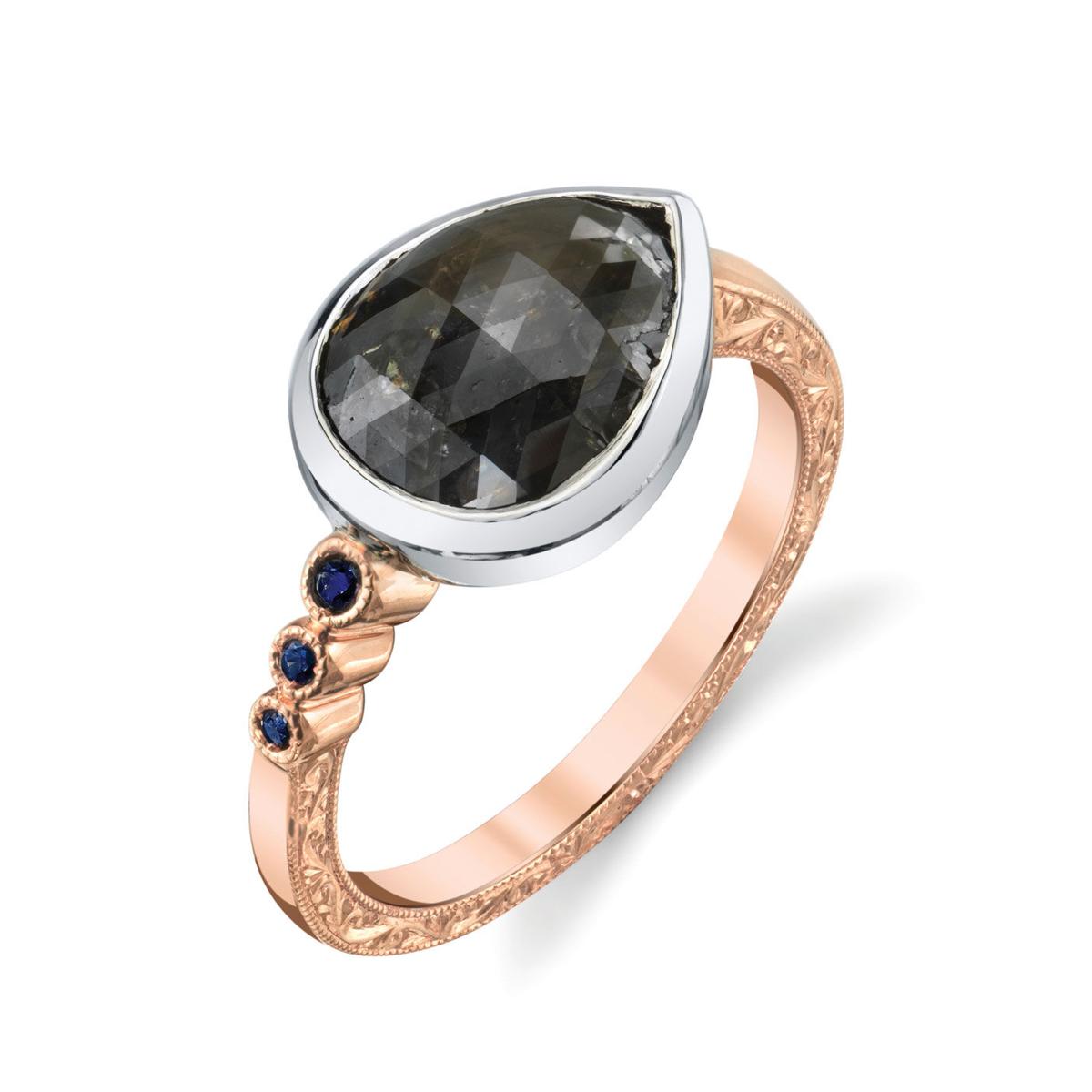 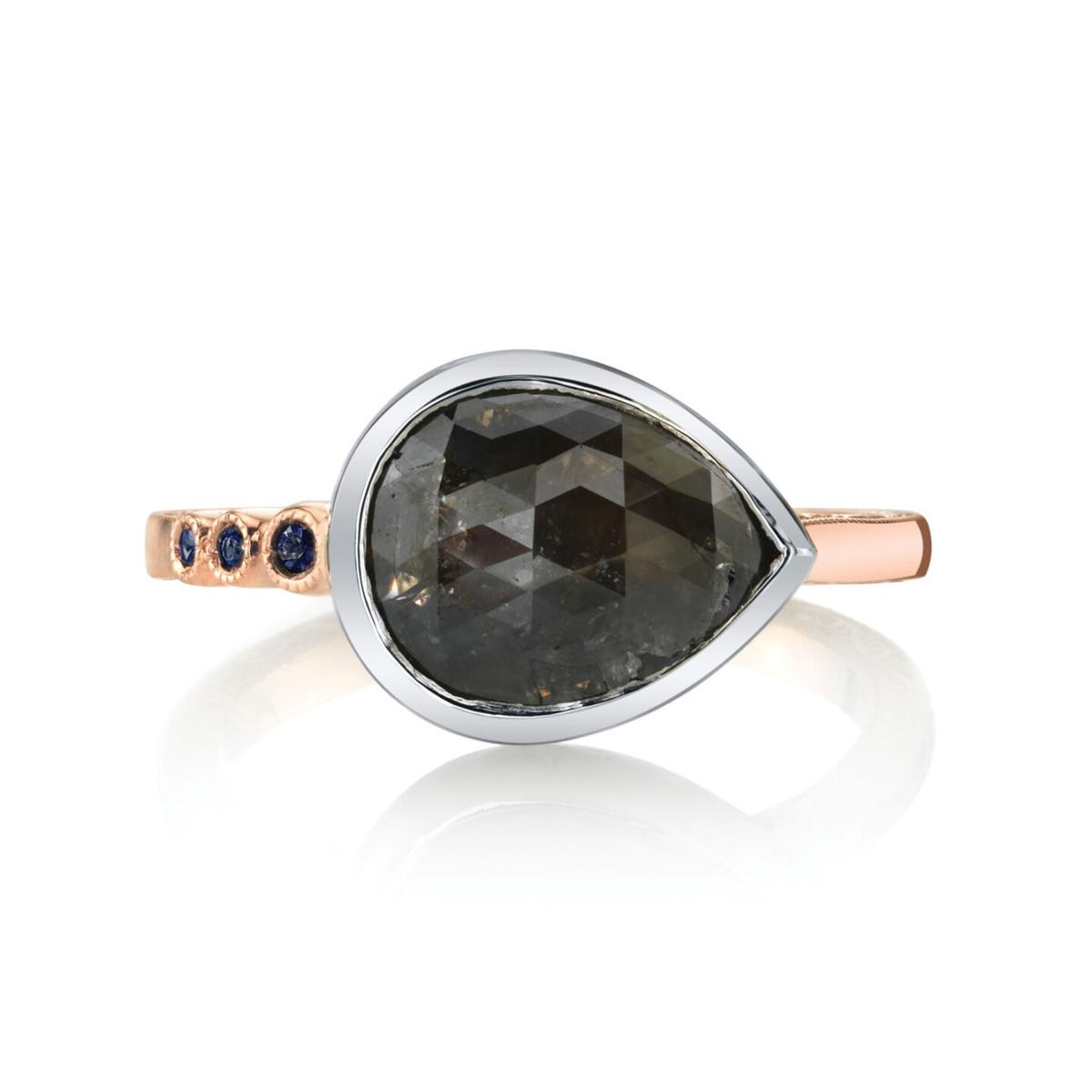 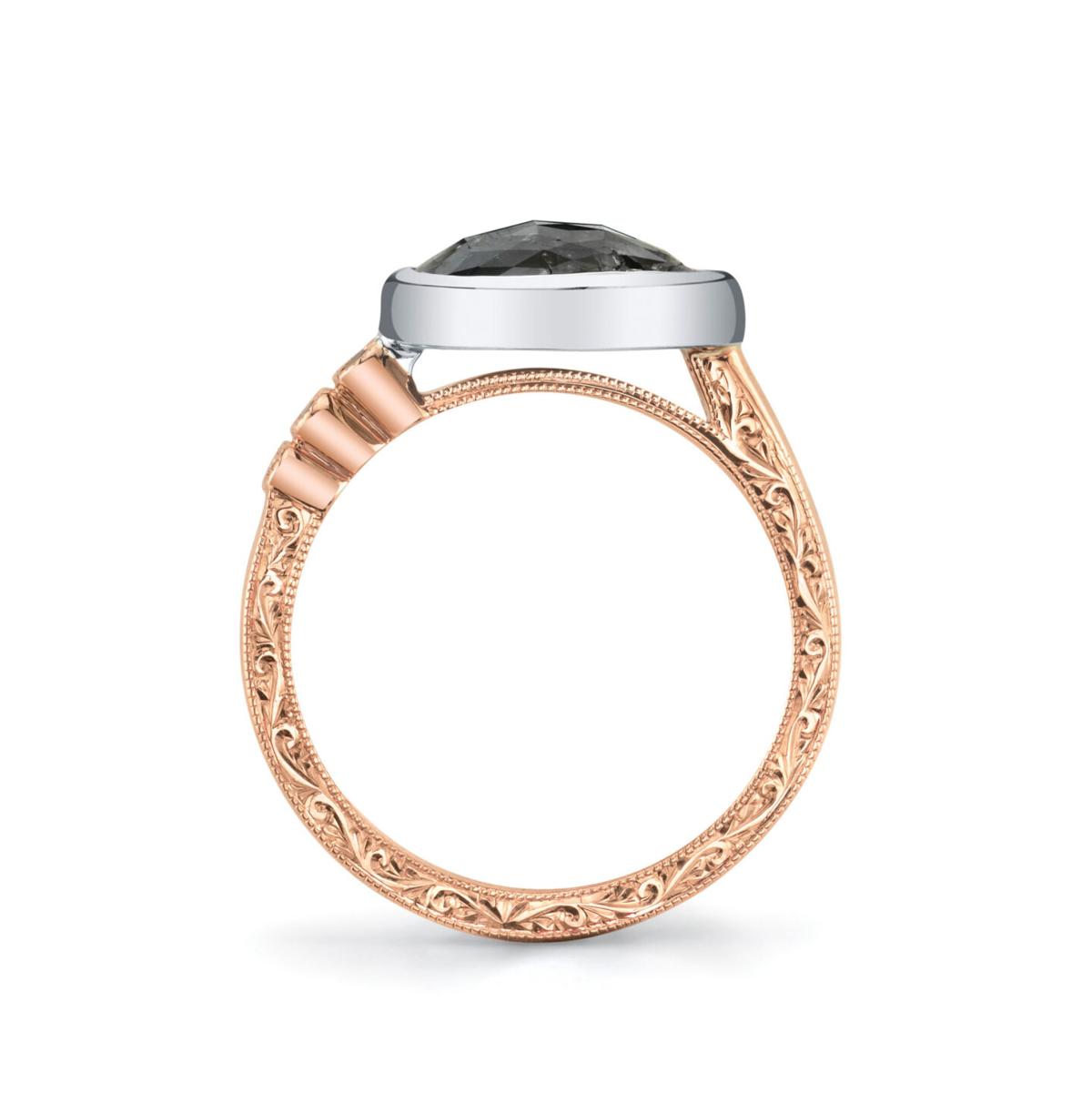 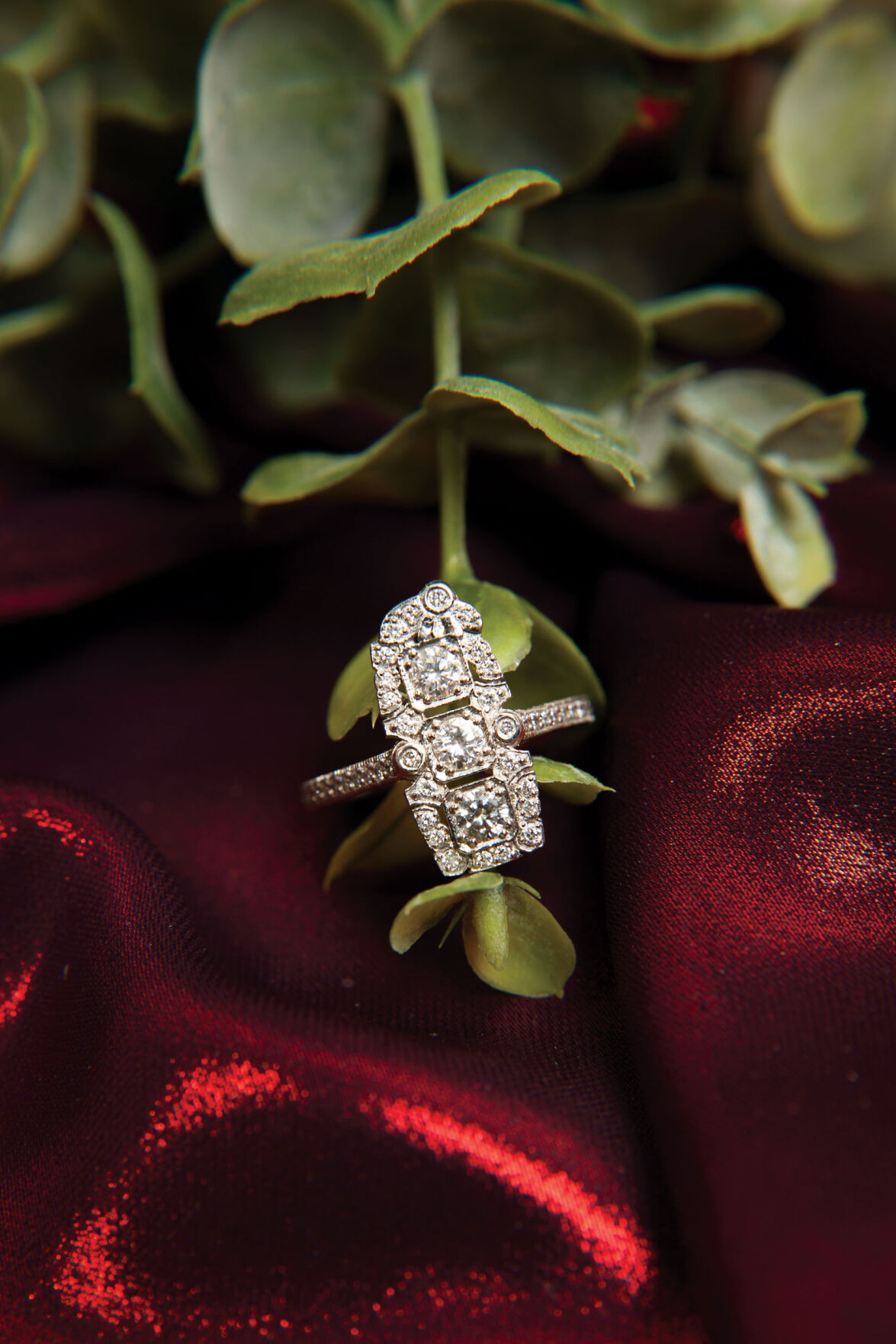 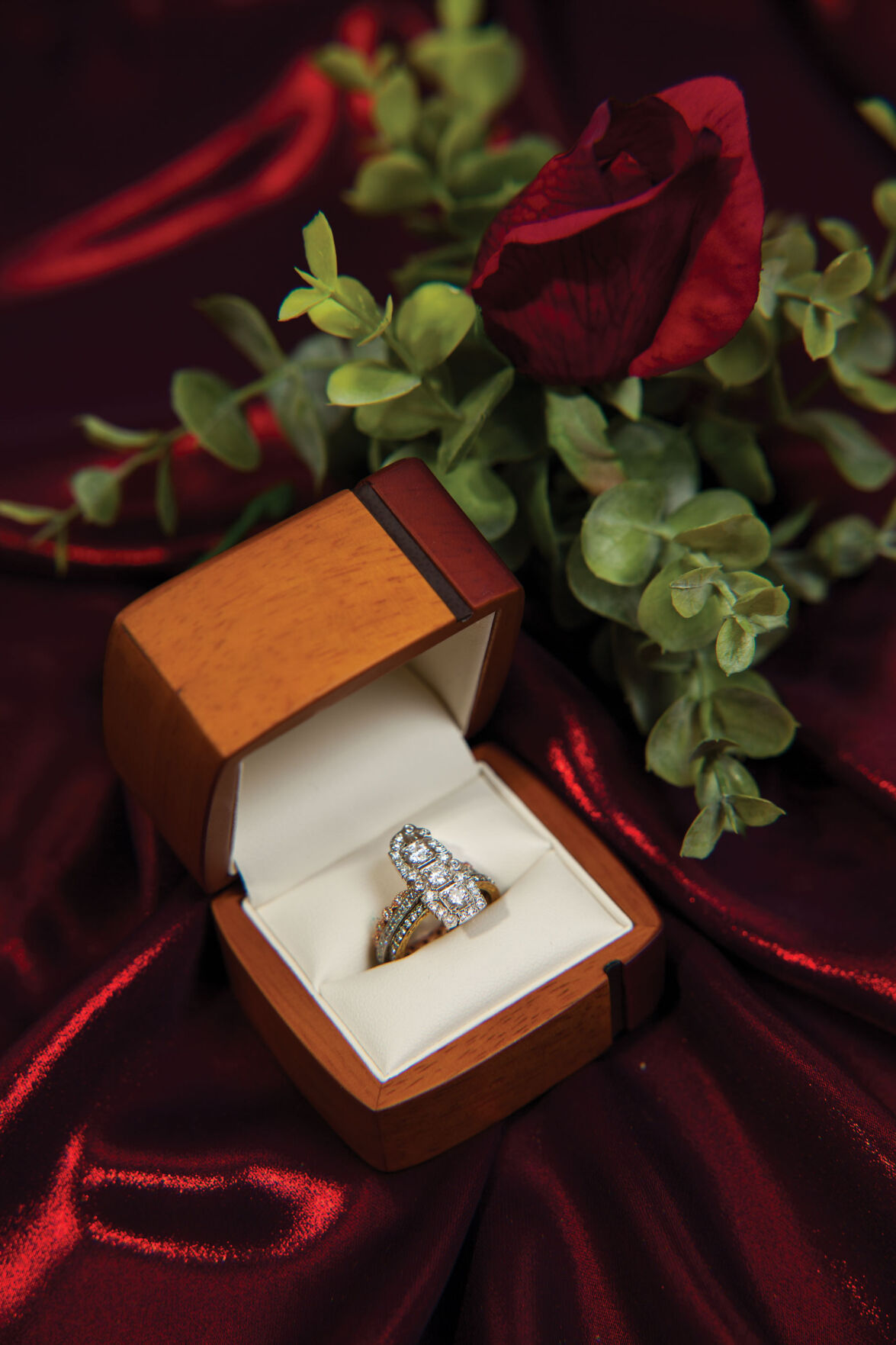 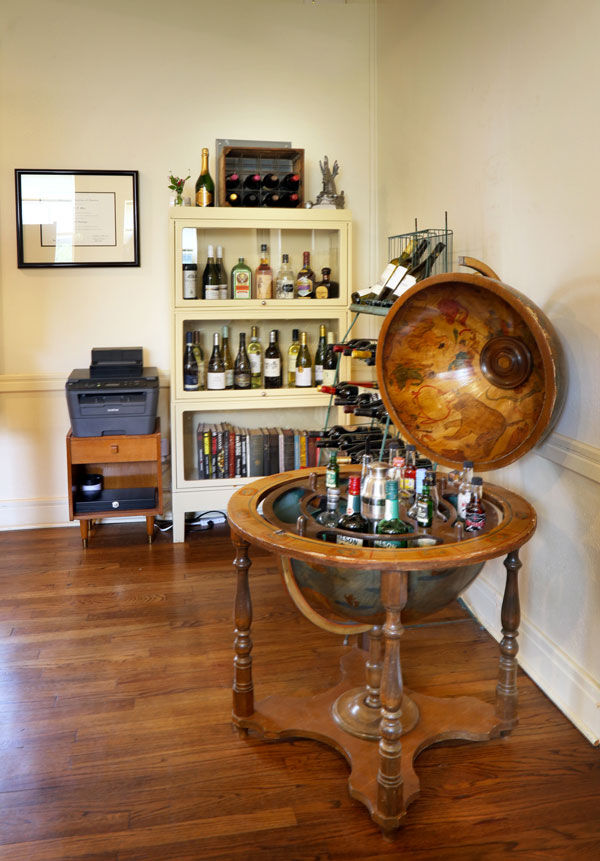 Don’t walk into Dean Fredrick’s jewelry design studio at 273 E. Mill St. expecting to browse cases of rings, pick up a last-minute gift or have the battery replaced in your watch. This isn’t that kind of place.

Instead, inside the embellished 167-year-old Hohmann House you’ll see a full bar with a well-stocked wine collection and comfortable seating, a setting meant to calm nerves during what can be a stressful situation — designing the perfect ring.

“Every ring you see on my website is actually named after the person that it was designed for and who wears it — even the simplest tiny band,” Fredrick said, explaining he doesn’t have any molds and his designs blend vintage and modern styles.

Another characteristic of many of Fredrick’s pieces is hand-carved engravings in the metal.

“Most of my designs display all the detail on the sides or underneath,” he said. “I keep things very simple face up, and leave the detailed stuff for the sides. I tend to prefer the simpler designs of jewelry. Like I tell all my clients, less is more.”

With 35 years in jewelry design experience under his belt, Fredrick said he aims to make sure each client is well-informed and comfortable — often they arrive stressed from planning for a wedding — and that he creates for them a magnificent piece of jewelry that will last lifetimes. He meets with his clients on an appointment-only basis in order to focus on them exclusively.

“The first step is usually finding a center stone, if it’s an engagement ring,” Fredrick said. “I go over everything you need to know to make an educated decision on the center stone.”

Then the design begins. Most clients already have ideas and inspiration on hand, sometimes including pieces he has created, he said. Though he will not copy a design — his own or anyone else’s — he will craft a design specific to the client based on their wishes.

With a design chosen and a deposit made, Fredrick creates 3D renderings and a 3D model for the client’s review. Once approved, he begins manufacturing the custom piece, a process that usually takes two to four weeks.

“Clients can stop by anytime to get their ring cleaned and checked for loose stones,” Fredrick said. “One thing I always stress is, ‘Get your ring insured!’ I’ve seen too many times jewelry goes missing or gets damaged.”

Fredrick got the bug to start making jewelry from his high school art teacher in Houston, who encouraged him to take a basic jewelry making class.

“From that class back in high school I haven’t stopped designing jewelry,” he said.

He started out with the basic jewelry making skills from the Texas Institute of Jewelry Technology in Paris, Texas. From there he moved to Los Angeles to get his Graduate Gemologist degree from the Gemological Institute of America (GIA). After graduating, Fredrick was recruited to work in the GIA Gem Trade Laboratory where he quickly moved up the ranks, grading thousands of diamonds from GIA labs in New York and California, including the famous Taylor-Burton diamond.

“I was also was one of only a handful of gemologists at GIA that was asked to grade, at the time, the largest D Internally Flawless Centenary Diamond — 273.85 carats heart shape,” he said. “I got to spend about 45 minutes with this diamond in a secluded room, by myself so I could grade it. It was truly amazing, and I remember shaking most of the time because I knew I was holding the largest most perfect diamond in the world. I guess you could say, I know my diamonds.”

After spending more than eight years grading diamonds, he was recruited to handle the grading and sales in the U.S. for one of the largest Israeli diamond manufacturers. Following six years in the wholesale diamond industry, he started his namesake company, Dean Fredrick in 1999.

His first design studio was in Beverly Hills and soon his pieces were hot items in trendy jewelry stores in southern California, catching the eyes of celebrities like Celine Dion, Halle Berry, Marisa Tomei and Paula Abdul.

In 2003, he moved his business to Austin, where he had one studio on the east side of the city and another on South Lamar. He now lives and designs in New Braunfels, where his entire family, minus one sister, also reside.

“One of my best friends just moved here this year, too,” he said. “It kind of sounds like I am here to stay.”

To view examples of Dean Fredrick pieces or make an appointment, visit www.deanfredrick.com. Appointments can also be made by phone at 830-522-2425.

What to know before you go ring shopping

Shopping for an engagement ring can be a daunting task; however, Dean Fredrick’s customers tell him there is nothing more rewarding than collaborating with a custom designer to create a unique piece they will keep for a lifetime.

Fredrick offers these items to consider before heading to a custom designer:

• Ring size — Know their ring size. If not, bring in a ring they wear. Otherwise he can suggest a few creative ways of getting their ring size without them knowing.

• Research  — Know their style and what they like (traditional, modern, vintage or mix?) Chat with their family and friends. Do they have a Pinterest page? A lot of this can help with design style.

• Lifestyle — Are they active, outdoorsy, stay at home, etc..? This can determine the ideal setting and look.

• Stone -— Do they want a diamond, colored stone or no stone? What shape do they want. Round, square, rectangular, oval, etc.

• Metal type — Platinum or Gold (white, yellow and rose). Is there a particular metal color they currently wear?