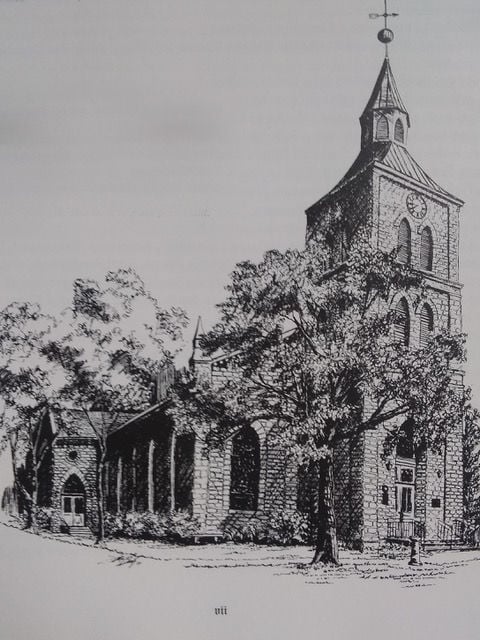 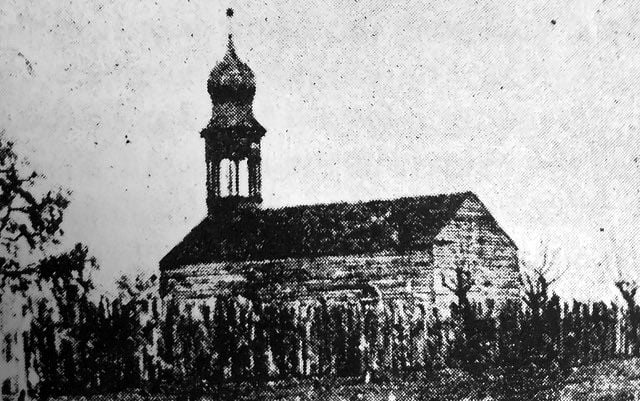 Interestingly, the history of First Protestant begins before the founding of New Braunfels on March 21, 1845. The church’s beginning was at an encampment near Port Lavaca on December 23, 1844 when Rev. Louis Cachand Ervendberg of the Protestant faith conducted the first services for the 120 new arrivals who had crossed the ocean from Germany on the brig Johann Dethardt. There were 102 immigrants from the brig Herschel at the encampment that arrived in time for the Communion Service on Christmas Day.

Prince Carl of Solms-Braunfels the Commissioner General in Texas for the Adelsveian (Royal Society) also referred to as the German Emigration Company was responsible to immediately provide churches and schools for the new settlement.

The Prince, a devout Roman Catholic, was aware there would be both Catholics and Protestants.

He sent travel money and requested of the Right Reverand Alexander of the Redemptionist of Baltimore to send a Catholic priest to the new settlement in Texas. He also conferred at length with a young Protestant minister formerly from Germany, the Rev. L. C. Ervendberg, who lived in the Texas farming community of Blumenthal (Valley of Flowers) and had begun churches in the area. Prince Carl appointed Ervendberg an official of the Emigration Company and pastor for the proposed settlement and responsible to begin schools there.

The first service held in the log church with its Zwiebelturm (onion dome) was March 22, 1846. The church was large framed and had Gothic shaped window openings but no panes. During construction members who were able helped to haul the logs and gave other assistance wherever needed.

The cornerstone for the stone church was laid July 18, 1875. The Rev. August Schuchard was installed as the third pastor of the German Protestant church in 1858 and remained the pastor for 19 years until his sudden death from a heart attack in 1876. The years of his pastorate were a period of growth and progress. In 1859 he began the monumental task of compiling a family register of the pioneer families of the church. During his tenure the first organ for the church was purchased. The stone church that was begun in 1875 served the church until 1955. Due to cost, the building was 80 feet in length rather than 105 feet, 60 feet wide and 20 feet high.  With the length of the building shortened it was constructed in such a way that it could more easily be lengthened in the future.

The church tower was another exceptional project and was completed in 1889 by August Feltner and Friedrich Geue.

At the Congregational meeting in July 1928 it was decided to proceed with the building of a new hall. Jeremiah Schmidt was the architect and A.C. Moeller the contractor. All was completed and the dedication was May 11, 1930 of the brick auditorium on the corner of Castell Ave. and Coll St. that served the church as a Sunday School Auditorium.

The main auditorium with a balcony could seat 800. It had an excellent stage. The large basement served as an auditorium with Sunday School rooms to the side and a kitchen and bathrooms. In 1946 the congregation voted to call it the Seele Parish House. It was the forerunner of the Civic Center and enjoyed by the entire community. During World War II the basement was prepared to be used as an air raid shelter with hospital supplies.

The last service of worship in the main sanctuary prior to extensive renovation was held Feb. 13, 1955. The sanctuary enlargement began and along with it came additional stained art glass windows. Before there were 12 and now there are 34. Marvin Eichenrohdt was the architect. In addition to church enlargement, the Seele Parish House was renovated including heating and air conditioned.

Groundbreaking for the Family Life Center took place Palm Sunday, April 4, 1993. The Family Life Center was complete with a kitchen capable of serving and seating 450 people, a kindergarten, an office, conference facilities and expanded choir area. All was completed by the fall of 1994 shortly before the church and community celebrated the 150th year of both the founding of New Braunfels and First Protestant.

And now First Protestant marks 175 years as a spiritual leader in this exceptional community.