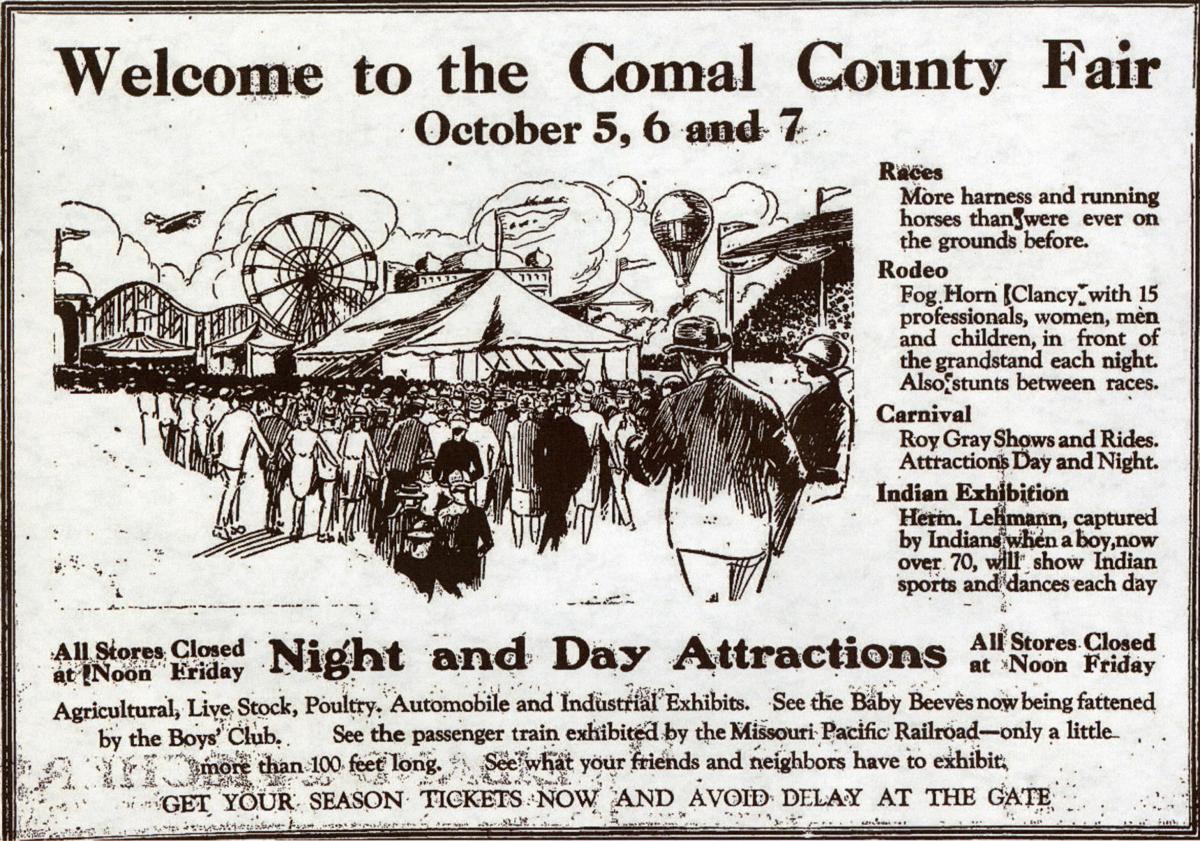 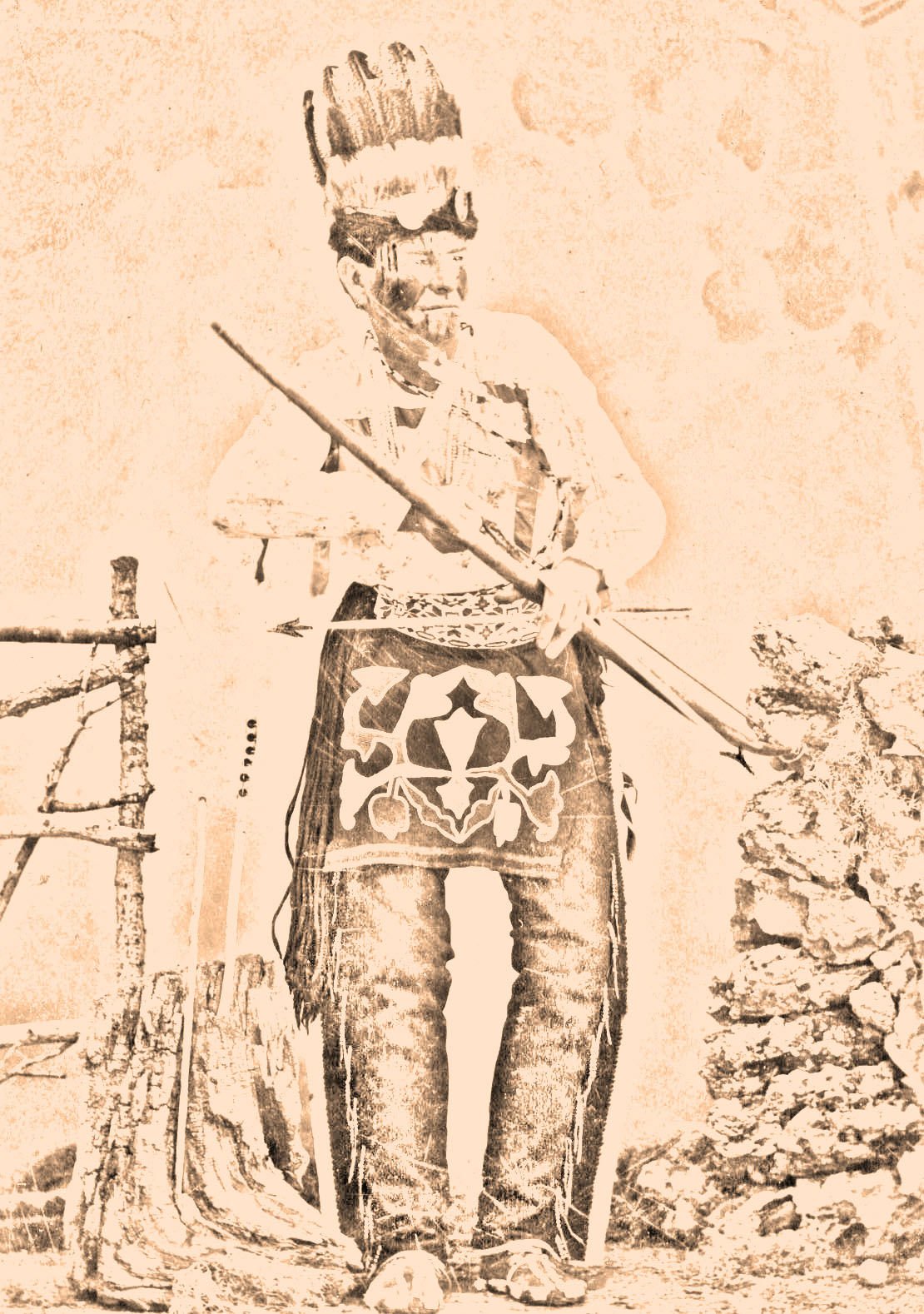 Did you read my Herald article on Herman Lehmann? If not, you should, because this dovetails into it. To recap, Herman Lehmann was captured by Apache in 1870, when he was 11-years-old. He published an autobiography, “Nine Years Among the Indians,” in 1927. It’s a fascinating story and considered to be one of the best captive narratives. What makes it even more special for me is that he was a distant cousin — my mom and his niece were first cousins. The icing on the cake is that Cousin Esther, who died in 2016, was considered to be the last person who knew an Indian captive.

Herman lived in the Squaw Creek and Loyal Valley area north of Fredericksburg. You might think he has little connection to NB, but you would be wrong.  Esther would say, “the Indian never left him.” And because it didn’t, I can write this story.

You see, Herman did a lot of odd jobs and tried a lot of things as he was readjusting and becoming “civilized,” but he loved his Apache way of life and the skills he learned. He was an adopted member of both the Apache and Comanche. People would come from all around to “see a real Indian” and Herman did not disappoint. Cousin Esther told stories of men who would bet Herman that he couldn’t put an arrow through their hat. They would place the hat far away on a stump and Herman would nail it with an arrow every time. One time a guy folded his hat several times to make the target smaller — he lost the bet and had a hat full of holes to prove it!

Herman also went around to county fairs and pioneer/settler reunions and put on an Indian version of a wild west show. One of his feats was to show how the Indian killed buffalo. Herman would dress head to toe in a fringed buckskin suit with a breastplate of bones hung from his neck. He wore a buffalo hat with horns that jutted out above his ears; those ears retained the marks of ritual piercing. His outfit was completed with a floral-beaded belt at his thin waist and moccasins on his feet.

Herman would sit bareback astride his horse holding his bow and arrow. A man would release a calf, steer or cow. Lehmann would let loose a war whoop that made women scream, babies cry and grown men sweat. The whoop would also frighten the animal which would take off at break-neck speed. Herman would gallop close behind, holding on to his horse with only his legs. He would lean down under his horse’s neck, and with skill honed on many buffalo hunts, draw his bow and let his arrow fly. The crowd would hear a “thunk” and the animal’s cry as the point pierced its tough skin. It would run a little further before its legs buckled and it dropped in the dirt. Lehmann would let out another spine-tingling whoop as he wheeled his horse around and jumped gracefully off. Kneeling by the animal, he would raise his arm and plunge his knife into its belly. To the abject horror of the crowd, he would stick his hands into the bloody steaming cavity, and cut out the liver. Dramatically holding the liver above his head for all to see, Herman then began to eat the raw liver and when done would wipe the blood and bile off his face and remount his horse.

Pretty good show, right? OK, it’s a little graphic and was even more so to the audiences back then. Herman felt like, if they had come to see a man who had been raised by the Indians, they should get to see the real thing.

In November 1899, Herman Lehman came to NB to visit his friend Gustav Altwein and stopped by the Neu Braunfelser Zeitung office for a chat. The newspapermen were so enchanted that they published a story about it in the next issue. The next time I can find Herman in New Braunfels is in 1901.  He was booked at Matzdorff’s Halle (now Eagles’ Hall) to speak about his experiences with the Apache and Comanche and share some artifacts from those days.

In 1928, the Comal County Fair Committee hired Herman to take part in the county fair. He was billed as, “Herman Lehmann, captured by Indians when a boy, now over 70, will show Indian sports and dances each day.” The description is more detailed in the German Zeitung and includes that he was the son of German immigrants in Gillespie County, and will be giving shows between the horse races, which will include Indian-style bare-back riding skills, dances and shooting with “arrow and bow.” I do love the different journalistic styles.

Several days before the fair, which occurred on Oct. 5, 6 and 7, Herman Lehmann visited with local school children talking about the lifestyle and customs of the Apache and Comanche. He told them his story: His terrifying capture, the torture and abuse and the special bond he eventually formed with his adopted families. Herman never held any anger against the Indians. He said God knew the hearts of each man and you were only held accountable for what you did that you knew was wrong. Every story has two sides and he understood and placed value on both. You might say he was an early advocate for Native American rights.

He then led the children outside where he demonstrated dances, shot arrows at targets and rode his horse Indian-style. I bet the children were absolutely enthralled. I certainly would have been.