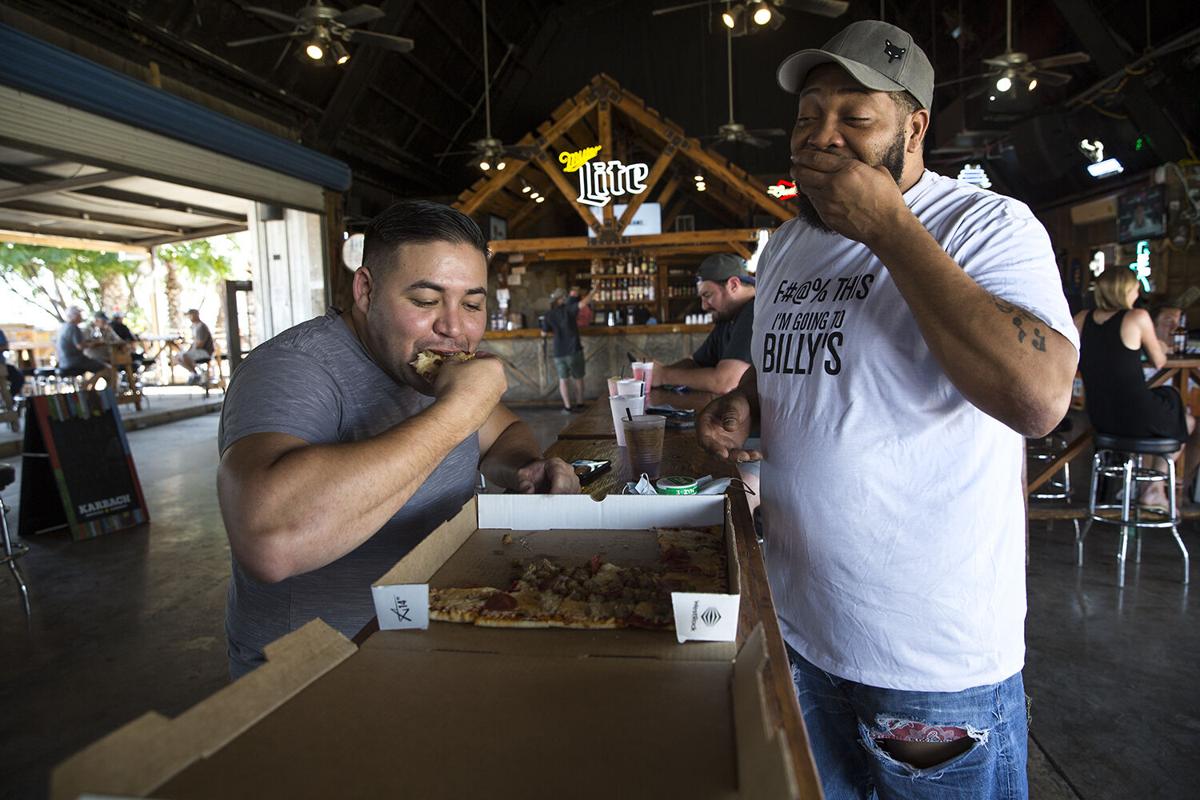 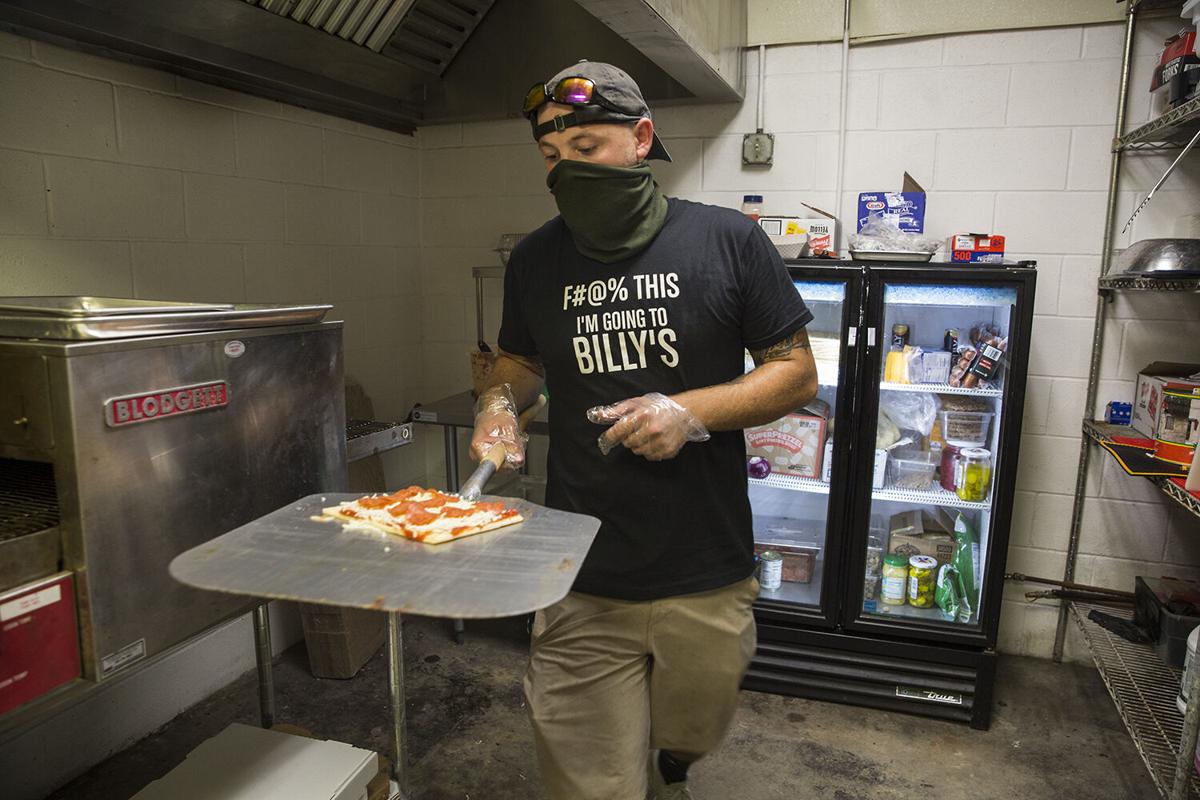 Matthew Wilson puts a pizza in the oven in the new kitchen at Billy’s Ice on Thursday, Aug. 6, 2020. MIKALA COMPTON / Herald-Zeitung

Matthew Wilson puts a pizza in the oven in the new kitchen at Billy’s Ice on Thursday, Aug. 6, 2020. MIKALA COMPTON / Herald-Zeitung

A local bar reopened this week after it was forced to close in late June due to concerns about the spread of COVID-19.

It’s now in the food business, according to Billy’s Ice owner Bob Wilson.

“We are officially licensed by the (Texas Alcoholic Beverage Commission) with our food and beverage certificates,” he said. “As of Tuesday, we were approved, and we’re good to go.”

The state agency tasked with regulating, inspecting and taxing the production, sale and use of alcoholic beverages allows bars to reclassify as restaurants depending on their alcohol sales and onsite food options.

To qualify for reclassification, bars must show they have been making less than 51% in alcohol sales since April, excluding to-go, delivery and retail sales, to reopen as restaurants.

Bars can also apply for food and beverage certificates if they expand their onsite kitchen space or add a permanent food truck to their grounds. That enables bars to include new food sales towards its gross receipts, which potentially could change the proportion of its alcohol sales towards under 51%.

“We had a unique situation,” Wilson said. “We had a kitchen that we would not be using. We did not have a historical database for sales, so we had to go on projections, which was actually a benefit to us because we could start from scratch. If we already had an existing kitchen that

Wilson said the establishment submitted an application, a floor plan, photos of the building, a list of equipment and a menu to TABC for reclassification consideration.

However, the establishment must also abide by the 50% capacity limit under the June state executive order.

Wilson has hired three people to man the kitchen.

Andrae Blissett and fellow members of The Clever Name Band, which performs regularly at the venue, were enjoying some of the new offerings.

“The food is good. The tater kegs are amazing. It’s deliciousness goodness in your mouth. It’s simple, easy, delicious. I’m recommending this place.”

And with the reopening of the establishment, the band has a gig at a time when gigs are hard to come by, Blissett said.

“It’s been hard,” he said “I’m one of the guys who teaches at the School of Rock in New Braunfels. But even with that, it’s been difficult. I saw that he was open and then he called me and asked what was our availability for this weekend. I asked, ‘When do you want us?’”

“Our customers are top notch — they understand that,” Wilson said. “Everyone is wearing face masks unless they’re sitting down. We’ve marked off six-foot increments at the bars, so people are social distancing. We’re not allowing dancing. We’re taking temperatures at the doors. We take it very seriously.”

Wilson said it feels fantastic just to be open again.

“It feels good, but on the same level, we have a lot of friends in this industry that are not open, and we feel for them,” he said. “We want to do everything we can to help them. I’ve already spoken to a couple more owners. We’re going to try to help them and their staff monetarily the best we can.”