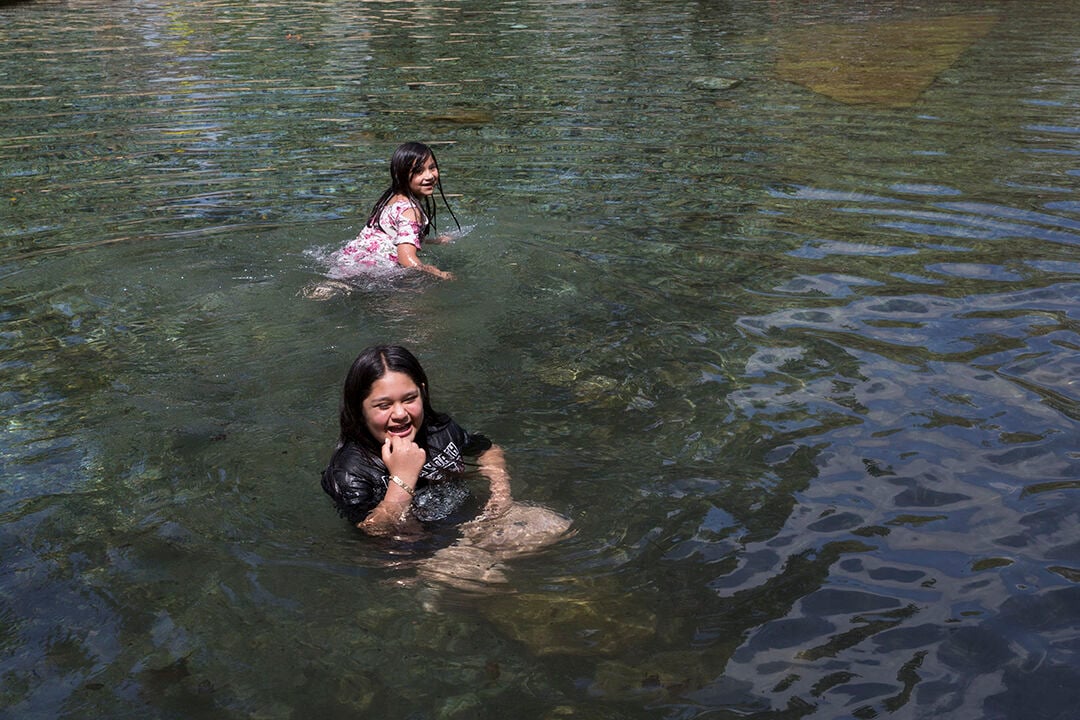 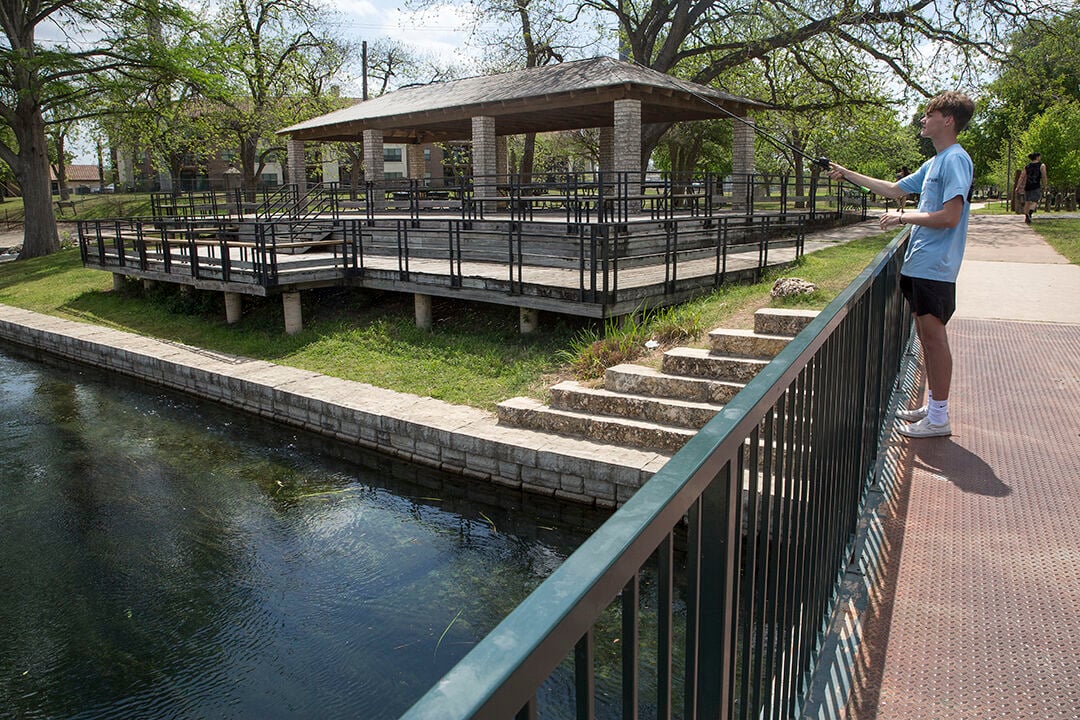 Declan Mitchell fishes at Landa Park on Tuesday, April 6, 2021. According to the National Weather Service, Comal County residents could see afternoon temperatures warm into the mid-90s on Thursday and Friday. MIKALA COMPTON | Herald-Zeitung

Declan Mitchell fishes at Landa Park on Tuesday, April 6, 2021. According to the National Weather Service, Comal County residents could see afternoon temperatures warm into the mid-90s on Thursday and Friday. MIKALA COMPTON | Herald-Zeitung

Meteorologists expect well above normal temperatures for the next several days, with the hottest weather on tap for Thursday and Friday, the warmest days for south-central Texas since September.

According to Keith White, a meteorologist at the National Weather Service office in New Braunfels, Comal County residents could see afternoon temperatures rise into the mid-90s on those days, about 15 degrees hotter than normal for this time of year.

“Essentially, it’s a response from the southerly (wind) flow at low levels combined with the increase in sun angle, providing quite a bit of surface heating,” White said. “The larger weather system responsible is what we informally call a heat dome — relatively high pressure at the surface nearby leading to several days in a row of southerly winds. It’s not unusual for us to see 90s at this time of year, but the average high is still in the upper 70s.”

The National Weather Service forecast calls for cloudy conditions through mid-morning Wednesday, then gradual clearing, with a high near 90 degrees. Expect south winds of 10 to 15 mph becoming north winds in the afternoon. Winds could gust as high as 20 mph.

Look for mostly sunny conditions on Thursday and Friday, with high temperatures warming into the mid-90s. Expect south winds five to 15 mph both days, with gusts as high as 25 mph.

There are slight chances of showers and thunderstorms from east of a Llano to New Braunfels to Cuero line Friday afternoon into the evening.

Temperatures will remain above normal for the weekend.

Mostly sunny conditions are in the forecast for Saturday, with a high in the mid-80s. Expect north northeast wind 15 to 20 mph, with gusts as high as 25 mph.

On Sunday, expect to see mostly sunny skies, with a high near 90.

With warmer weather on the way, forecasters remind residents to practice heat safety in the coming days by making sure people and pets are not left in vehicles, stay hydrated, wear lightweight clothing and take breaks in the shade.

“We recommend people who work outdoors or spend a lot of time outdoors to take frequent breaks, drink plenty of water and spend some time in the shade,” White said. “It’s South Texas, so we see this kind of heat every summer but the first time we get this hot in the spring, it’s a good idea to remind people of safety precautions they can take.”

Each year, dozens of children and an untold number of pets left in parked vehicles die from hyperthermia, which occurs when the body absorbs more heat than it can handle.

“Cars are especially dangerous in the heat,” White said. “It can warm up to as much as 30 or 40 degrees warmer inside the car than outside. Especially when sitting in the sun for several hours and if it's only 90 outside, the temperatures could be 120 degrees or more in the vehicle. In those kinds of conditions, it doesn’t take long for people and pets to overheat.”

Hyperthermia can occur even on a mild day with temperatures in the 70s.

Studies conducted by San Jose State University have shown the temperature inside a parked vehicle can rapidly rise to a dangerous level for children, pets and even adults. Leaving the windows slightly open does not significantly decrease the heating rate. The younger the child, the more severe the effects are because their bodies have not developed the ability to regulate their internal temperature efficiently.

According to the study, an examination of media reports about the 882 pediatric vehicular heatstroke deaths for a 23 year period between 1998 through 2020 showed that 52.9% were forgotten by a caregiver, 25.6% gained access on their own and a caregiver knowingly left 19.7%.

During that period, the children who have died from vehicular heatstroke in the United States ranged in age from 5 days to 14 years. More than half of the deaths are children under two years of age.