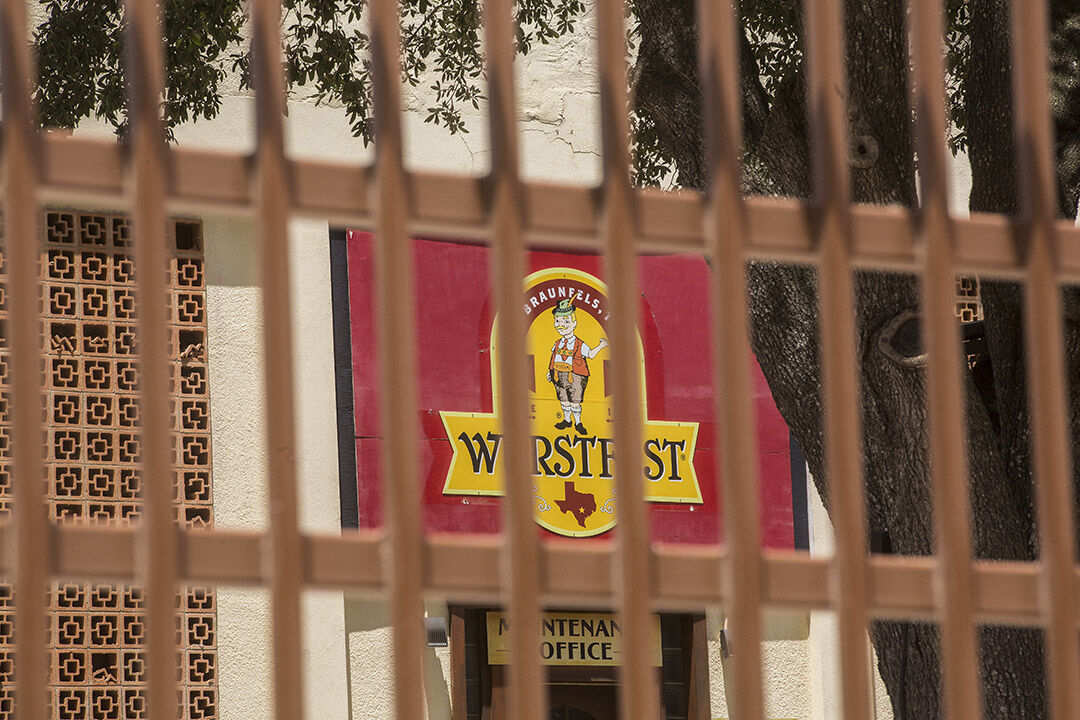 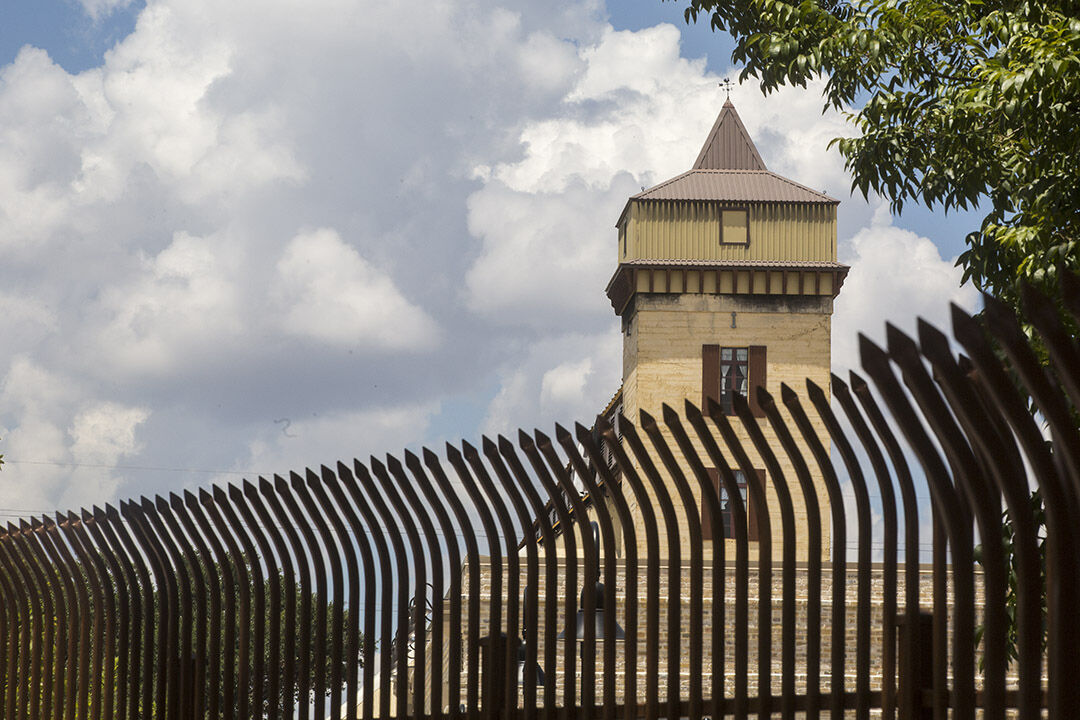 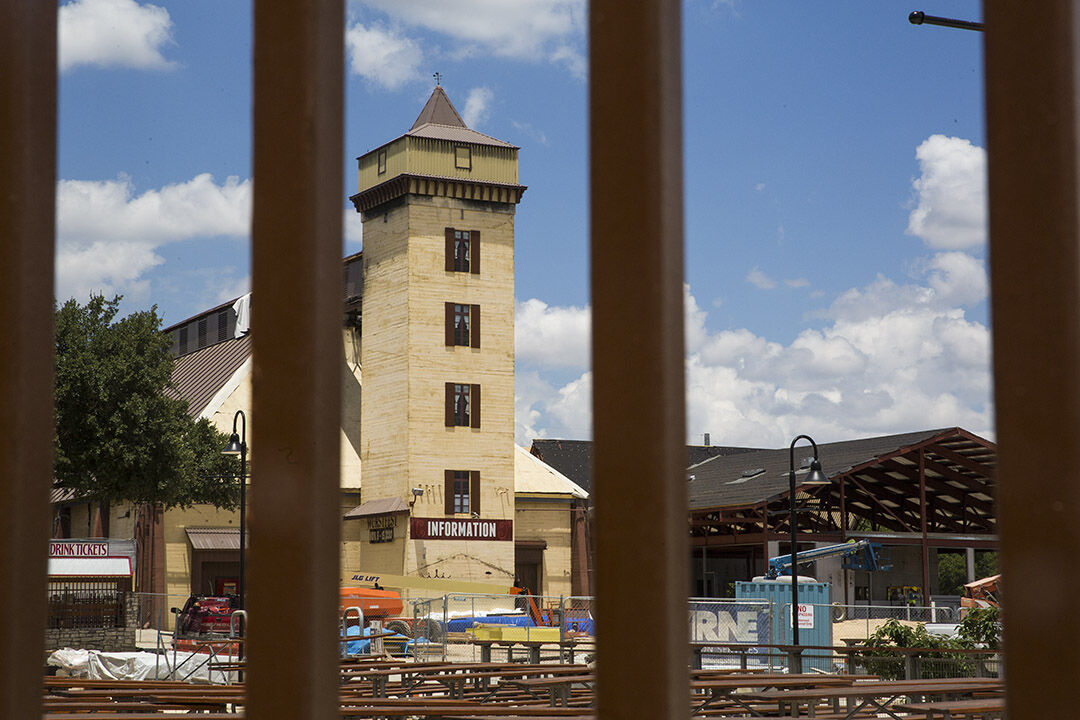 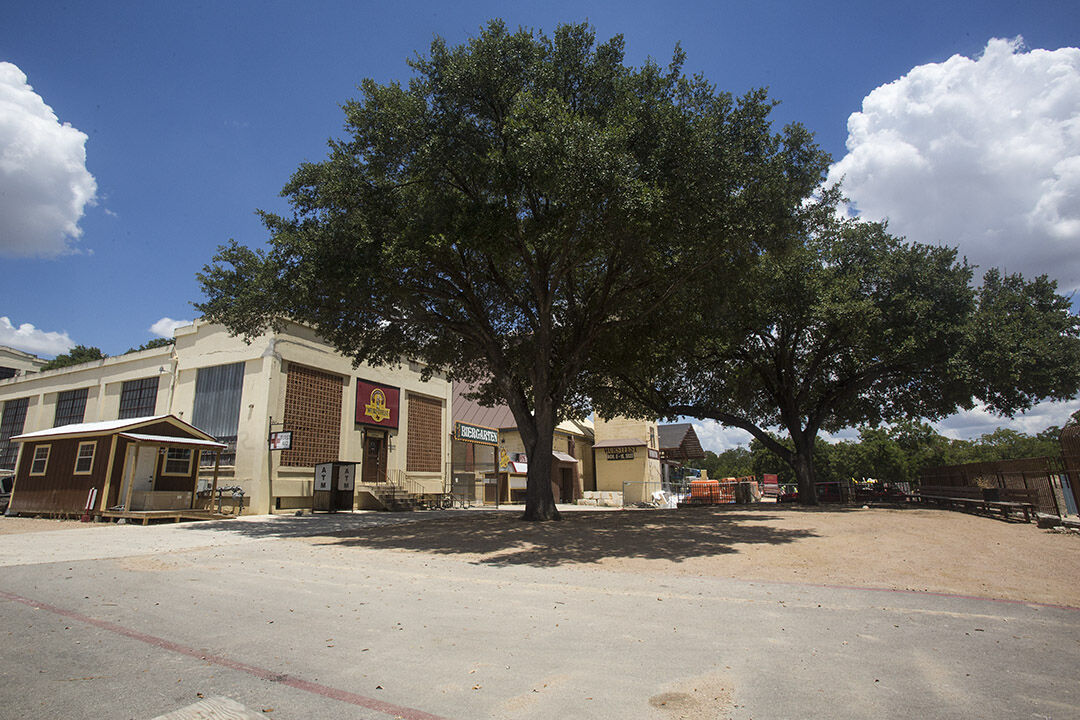 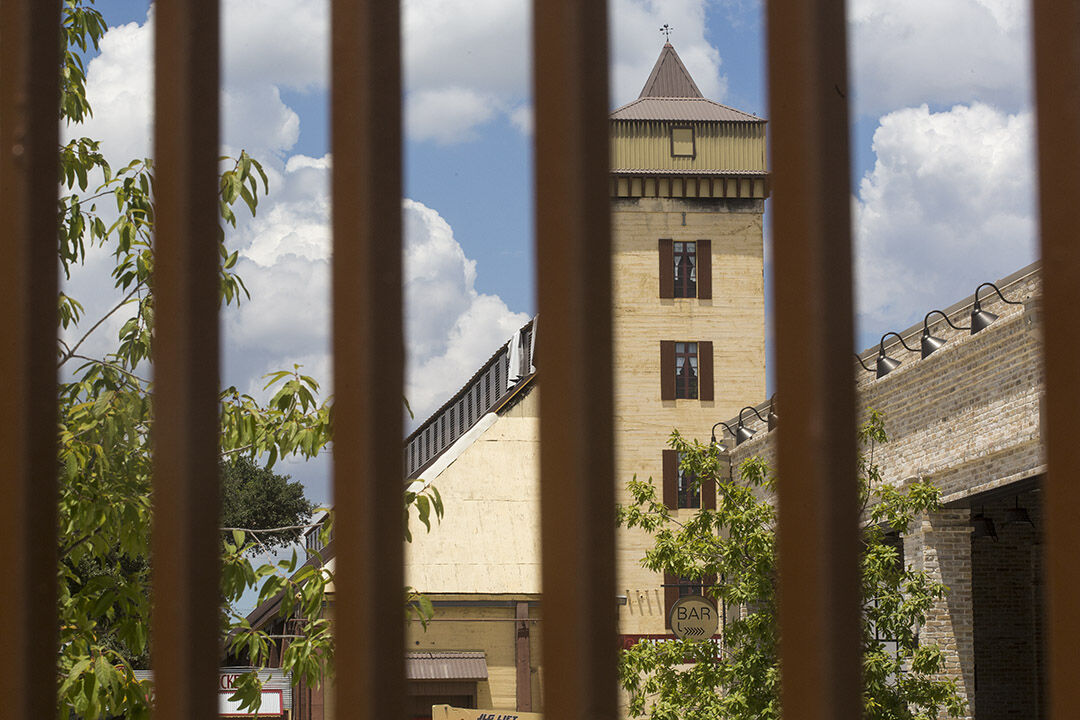 The Wurstfest Association on Thursday announced the news New Braunfels residents sadly expected — the cancellation of the city’s signature event because of the COVID-19 pandemic.

“This will be the first time Wurstfest has canceled a festival in our 60-year history,” Randy Rust, 2020 Wurstfest president, said in a statement. “We have had our challenges in the past, including flood events and most recently a fire that destroyed the Marktplatz building.

“We have always overcome our challenges while making the festival better each year. We made this decision knowing what a difficult year 2020 has been and that our guests were looking forward to Wurstfest more than ever.”

A fire that sparked overnight Nov. 14, 2019 and rekindled the next morning threatened all buildings on the festival grounds — and canceling Wurstfest for 2020. Just two months into the rebuild of the Marktplatz and repairs to the adjacent Wursthalle, the pandemic came to Comal County.

The Wurstfest Association’s (WA) board of directors formed a committee in July to study and monitor COVID-19 information as it became available. Seeing the resurgence of COVID-19 throughout the county earlier this month, the Comal County Fair Association canceled the 127th annual September fair and rodeo.

Meeting Tuesday, WA’s board of directors voted the same fate for the 60th annual Wurstfest, scheduled Nov. 6-15. It said next year’s festival, slated Nov. 5-14, will still be the 60th festival.

“We also realize how important the festival is to the community nonprofit organizations that participate in Wurstfest,” Rust said. “Many (set annual) fundraising goals during Wurstfest and go on to use those funds to do good work that benefits our community throughout the year.

“That made this decision even more difficult.”

“The Wurstfest board of directors looked at a lot of data and information and made the decision they felt was right with safety — which was top-of-mind for our organization, our guests, and the nonprofit organizations that depend on Wurstfest,” she said.

City and county officials agreed Thursday evening. Michael Meek, president of the Greater New Braunfels Chamber of Commerce and the event’s 2018 Grosse Opa, said losing the area’s fall centerpiece will leave a huge hole in the fabric of the community.

“In light of the current pandemic, this was not surprising, yet disappointing for so many who around the state and nation look forward to the ‘Ten Day Salute to Sausage,’” Meeks said.

“COVID-19 has changed the way we’re doing things in our community,” he said. “This fall is such a special time with all of the events — the Fair, Wurstfest, others in downtown New Braunfels, Bulverde and Startzville — all could be canceled depending on how things go the next couple of months.

“It’s sad to see, but it’s good to see people being responsible.”

Wurstfest, which began as a small downtown festival in 1961, moved to its current 11.6-acre site in 1967 and annually features food booths, tents, carnival rides for thousands of residents and visitors.

“We’re looking at alternatives and we met today to consider some of those,” she said. “We’ll just have to switch gears, such as going to a virtual way of taking care of our vendors,” she said. “Some (fundraising) can be done online to not let them miss out on the year — we’ll just have to think outside the box.”

The $10 million design and rebuild of the Marktplatz, the vendor court nearly destroyed in the November fire, is 65% finished. Its signature yellow roof, replaced one section at a time and synchronized with repairs to trusses shared with the Wursthalle, only lacks paint and the iconic Wurstfest logos emblazoned on each side.

“When we started the rebuild project, we thought that would be our challenge for the year,” Herbelin said. “We never anticipated that a completely different challenge would cause us to cancel (our) festival for the first time in our history.”

The vendor booths annually feature a variety of culinary delights — ranging from sausage, pork chops, burgers, potato pancakes and pretzels to Hispanic dishes, fried shrimp, barbecue, Tex-Mex entrees and desserts. Vendor sales in the Marktplatz and near the Stelzenplatz blend tastes, sights and smells with sounds from nightly entertainment acts.

Some of the 27 nonprofit vendors whose booths were destroyed in the fire were relocated to other areas on the Wurstfest grounds to offer more room for the thousands roaming in and out of the Marktplatz.

“When we looked at how festival operations would have to change to prioritize safety, plus related operational restrictions, we just didn’t feel we would be able to provide the Wurstfest experience we are known for,” the WA said Thursday.

The organization pledged to continue fundraising for the nonprofits — which benefited from events this spring that raised $50,000 or more — and will announce them in coming weeks.

“Locally, the festival is the avenue for nonprofits making funds to distribute the following year to those in need and for citizens and visitors to reconnect with their friends and relatives,” Meek said. “Opas and Omas relish the opportunity to work the 10-day event and to host Texans for fun and fellowship.”

Earlier this spring New Braunfels City Council revised the city’s lease agreement with the WA, which has operated and overseen city-owned buildings on the Wurstfest grounds since 1967. The 1970 lease revisions extend renewal periods from 10 to 25 years at $13,500 annually and crediting up $5,000 for annual improvements made by the organization.

The WA, which had spent $3.3 million on improvements through the years, requested the lease revisions to help in repairs to the Marktplatz and Wursthalle. Council also approved the New Braunfels Economic Development Corporation’s (4B Board) decision to fund up to $162,000 to begin the redesign of Elizabeth Avenue’s intersection with Landa Park Drive.

It’s part of the city vision of improving vehicular, pedestrian and bicycle mobility throughout Landa Park. Pape Dawson Engineers was commissioned for surveying and designs, with the project, projected to cost $1 million, completed by mid-2021.

“These improvements will make our grounds much safer and attract those coming to the river the other 355 days of the year,” Herbelin said at the time. “The street will be farther away and the parking spaces will be closer — and who doesn’t want to see that?”

The improvements will come in time for Wurstfest 2021, which now will likely combine elements of the postponed 175th anniversary celebration into a historic celebration next year.

“Wurstfest is a community tradition where families reunite, new friends are made, and people from all walks of life come to enjoy the heritage of New Braunfels,” Mayor Rusty Brockman said. “This community and the countless volunteers who make Wurstfest happen are resilient and will be back next year, stronger than ever.”

The Wurstfest Association is a nonprofit that promotes the local economy through tourism and preserving the community’s German heritage. Wurstfest, its annual festival launched in 1961, lasts 10 days and traditionally begins on the first Friday of each November.

It’s only been six weeks since the Wurstfest Association announced the cancellation of New Braunfels’ signature event due to the COVID-19 pandemic.

My thoughts to all those non-profits that do so much for our local children, vets, small business, etc. This will be pretty devastating to their yearly budgets and ability to do their good work. Couldn't have happened at a worst time.