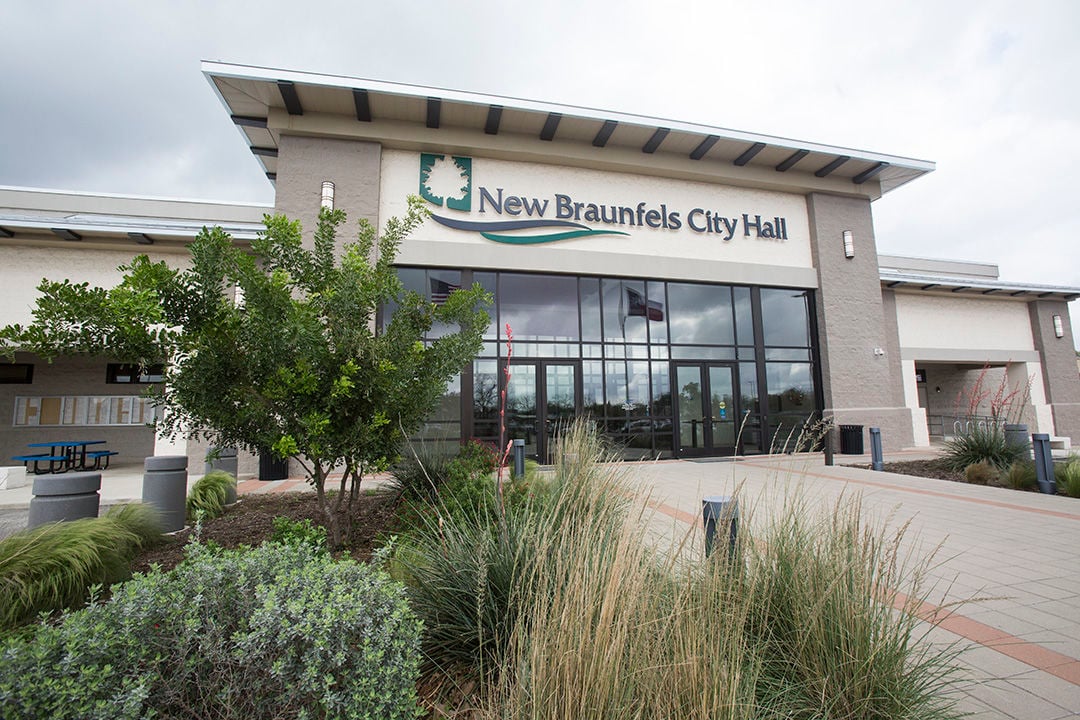 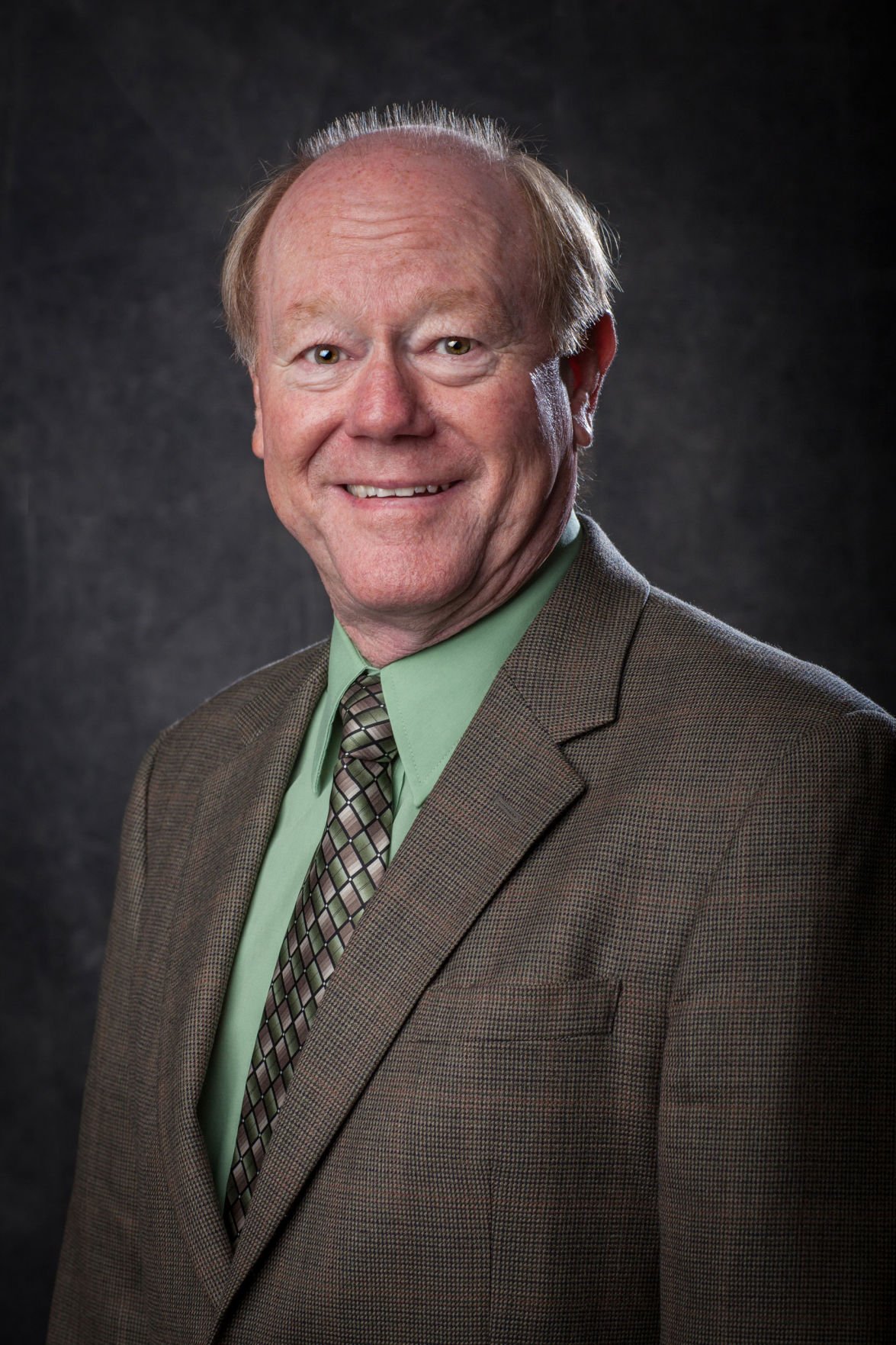 A video showing a Black Lives Matter flag being dragged underneath a pickup truck at a Trump Train rally of vehicles through New Braunfels was among several recent incidents that prompted reaction from the city’s mayor on Wednesday.

“In recent days, New Braunfels has experienced divisiveness. Some members of our community have felt attacked, demoralized, misunderstood and concerned,” Mayor Rusty Brockman said in a statement. “This is not the New Braunfels that I know and love. Our community is known for its caring and supportive personality.”

Brockman’s statement came after a TV news report on Tuesday that included an image from a YouTube video depicting the BLM flag dragged by a white 4x4 pickup truck during a Trump Train rally involving nearly 200 vehicles that paraded through the city Sept. 3.

“This event has grown significantly in recent weeks and attracted increased attention. Some images and social media posts associated with that demonstration have caused angst and uneasiness in our community,” Brockman said.

“The organizers of the Trump Train NB have assured me that the individuals in those photos and making those social media posts are not affiliated with their organization and that anyone who joins the organization with the purpose of spreading a message of hate is not welcome.”

He said while individuals and groups have the right to peaceably assemble, that the city expects it to be done “in a lawful, safe, peaceful, and respectful manner.”

The mayor said he did not condone any activity, symbolism, speech, or imagery with overt or implied racism or hatred.

“We take these matters very seriously and will not turn a blind eye to issues that make our residents feel threatened or afraid.”

Brockman said he met with organizers of the local Trump Train group and that he and other leaders were working with MLK Jr. Association, nonprofit groups and others to ensure the community “continues to be inclusive, supportive and collaborative.”

He said the New Braunfels Police Department will continue to provide a presence at the events as it has with other demonstrations and protests to ensure safety for all.

“It has been my honor to work with citizens who are deeply committed to doing the right things to make New Braunfels a better place. We live here because this is the kind of community that we all want to live and raise our families in. I look forward to being part of the work that continues that legacy and helps all residents feel respected, cherished, and valued in our community.”

The flag story drew the ire of local civil rights organizations that likened it to the death of James Byrd Jr. more than 20 years ago, and concerns over other recent incidents they say have threatened minority citizens.

Jessica Edwards, a New Braunfels physician and member of the mayor’s Diversity Council, comprised of prominent community representatives and established a few months ago, said she had a productive meeting with a person associated with the Trump Train.

“I met with one of the organizers and we sat down and met for four hours on Labor Day,” Edwards said. “We had a very productive meeting. We both learned a lot about each other and (learned ways that) messages and trigger words matter.

“The good thing was that we had a conversation about perception – I think that was a huge piece for both of us.”

Attempts to reach out to Trump Train organizers were unsuccessful.

In a statement to the television station, organizers said, “The Trump Train NB is an organization dedicated to the support of our current president, his policies and his administration. The purpose of this group is to spread the positive message about the current President. All like-minded individuals are welcome. No person, organization or group that denigrates any other organization is welcome.”

The statement said the incident was the result of “a leftist news organization and Facebook page that recently planted a person with an anti BLM message to stain the organization.  That person is not part of our group and that kind of behavior will not be tolerated.”

“I feel like if it was a BLM group riding through New Braunfels, it wouldn’t be safe,” she said. “I think the mayor is trying his best to keep everyone happy, but I don’t think (his statement) is something that will work in the long term.

“He’s going to have to take a stronger stance on this issue – which is something he’s probably not looking forward to doing.”

Trump Train supporters and local law enforcement were in downtown New Braunfels Thursday night at a pair of rallies held only blocks apart.

Flags from groups like the kkk and blm should not be flown anywhere.

I can only hope the Mayor and everyone else who is so upset about the BLM flag will show the same disgust when they burn and denigrate the American flag which 100’s of thousands died to defend.

Interesting word choice there Bob. Defend. A single dead soldier is a shame and breaks my heart, but that soldier chose to defend. That soldier was killed in action.

A black person does not choose to be black, they were born so. A black person dies in America for buying Skittles. Or selling cigarettes. Or sleeping in their own bed. Or living in an apartment that happens to be under the same floor as a drunk police officer, or for falling asleep in a drive thru Wendy's line. Or for working security with a racist cop.

The two are not relatable, at all. And both sides of this will be better off once we all realize it, and that equality is all that's being ask for. Equality should be equal for all.

I'm so glad that a statement from our train leaders were published and this wasn't a biased report. 1. Yes, the TT was infiltrated and I say that because there were 3 alleged incidents that happened on one day that had never happened before the Thursday in question. 2. The TT grew from 109 cars & trucks the previous Thursday to over 200 that Thursday, which makes it very hard to monitor the newcomers v the members. 3. Evidence was posted about Antifa dressing as Trump supporters and causing havoc within our supporter communities across our nation. 4. Cops were posted at our gathering before alleged incident occurred. Everyone knew they were there and something would have been reported. Our group does not want to disparage our President or ourselves within our community.

Well said Andrea! My husband and I are participating in the Trump Train rallies when at all possible. We’ve been hearing about a BLM person who has been messing with our local TT. There always has to be a wise guy in the crowd. :(

Yes. We're part of the train also but weren't there on those particular incidents due to work. I wonder if all of the ppl complaining are Biden supporters because we have never gotten complaints from ppl that support our President, from only race or color. 🤔 I won't apologize for supporting my President I would only encourage those that do not to look at the cities that burning and being looted and hear the responses of the other candidates and that they do not denounce those that are doing it. I would encourage them to look at antifa.com and see which site it takes them to or click the donate button on blm.com and see what site it takes them to. These groups are not about seeing "justice" being done but are actually ushering in Marxism, as per their flags and actual words by their leaders.

BS ... It was pointed out to the groups leader(s) that there were some individuals conducting themselves in a way that would/could reflect negatively on the group and those "warnings" were ignored.