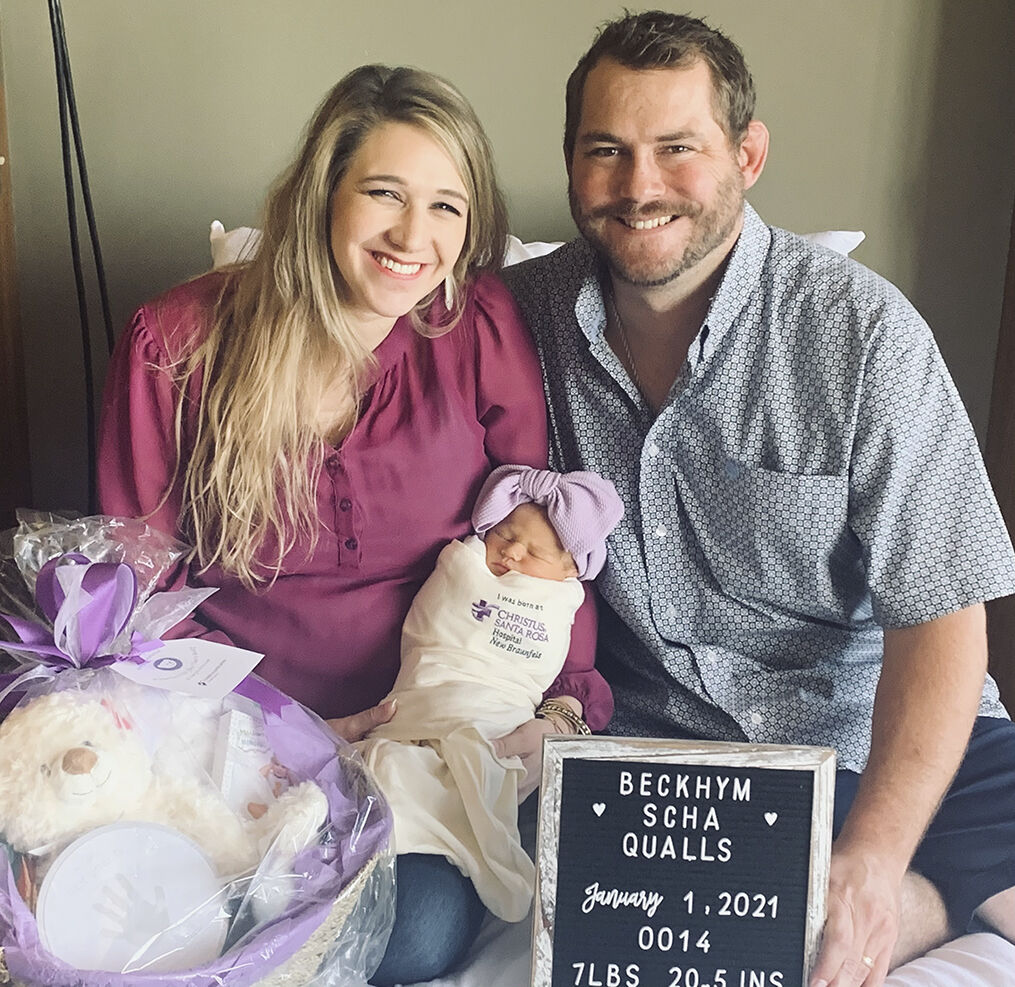 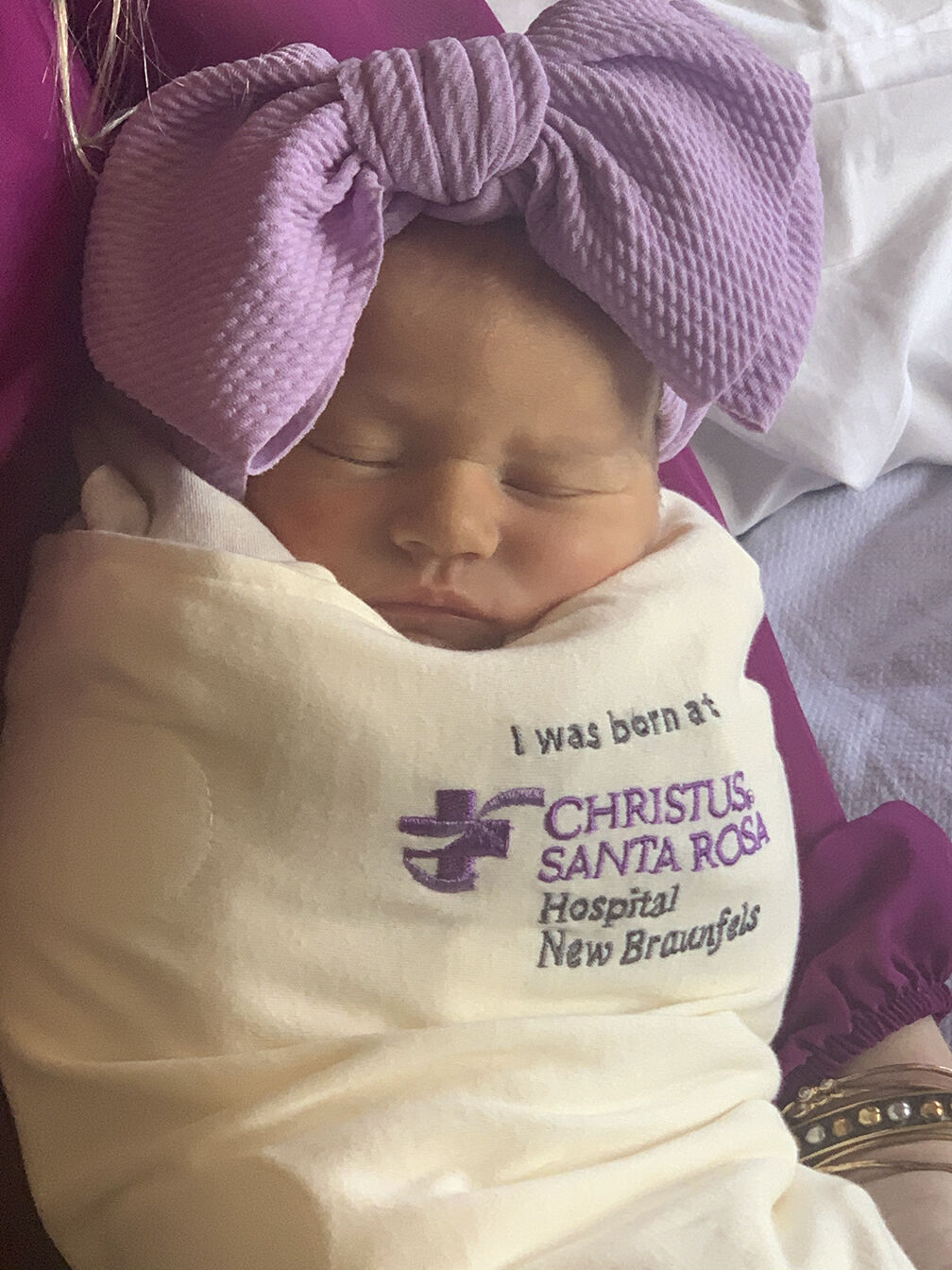 Beckhym Scha Qualls was born at CHRISTUS Santa Rosa Hospital – New Braunfels at 12:14 a.m. on January 1, weighing in at an even 7 pounds. 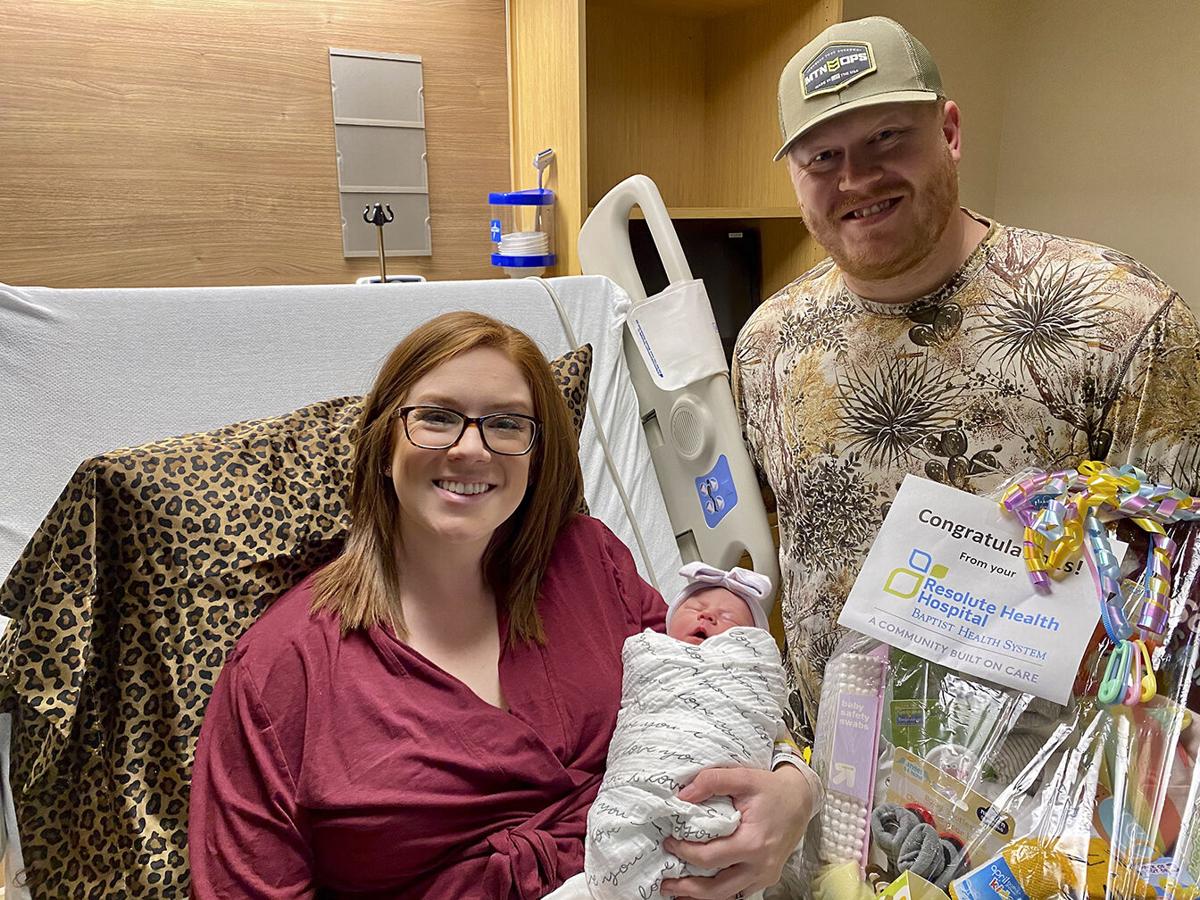 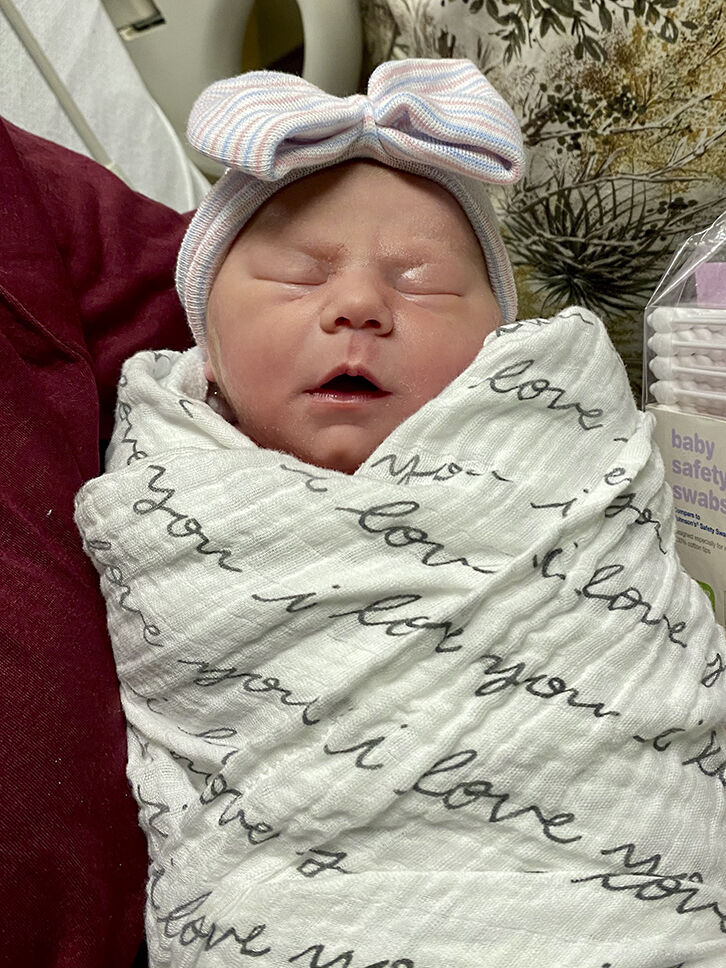 Beckhym Scha Qualls was born at CHRISTUS Santa Rosa Hospital – New Braunfels at 12:14 a.m. on January 1, weighing in at an even 7 pounds.

The new year is off to a great start for a couple of local couples, with two baby girls born at New Braunfels hospitals in the early minutes and hours of 2021.

Beckhym Scha Qualls was born at CHRISTUS Santa Rosa Hospital – New Braunfels at 12:14 a.m. on New Year’s Day, weighing in at an even seven pounds. “Parents Caden and Talia Qualls are very excited for their new bundle of joy,” said CHRISTUS spokesperson Nikela Pradier. “The parents say they did not expect to have a New Year baby but are thrilled for their daughter’s early entrance into the world.”

Beckhym is the first child for Caden and Talia.

“She came three weeks early,” Jennifer Shannon said. “Not only was it a surprise that she was the first baby, but it was a surprise for her to show up at all. We realized I was in labor at 2:30 a.m. We went to bed, said Happy New Year to each other and expected to have our parents over for a normal New Year’s Day lunch.”