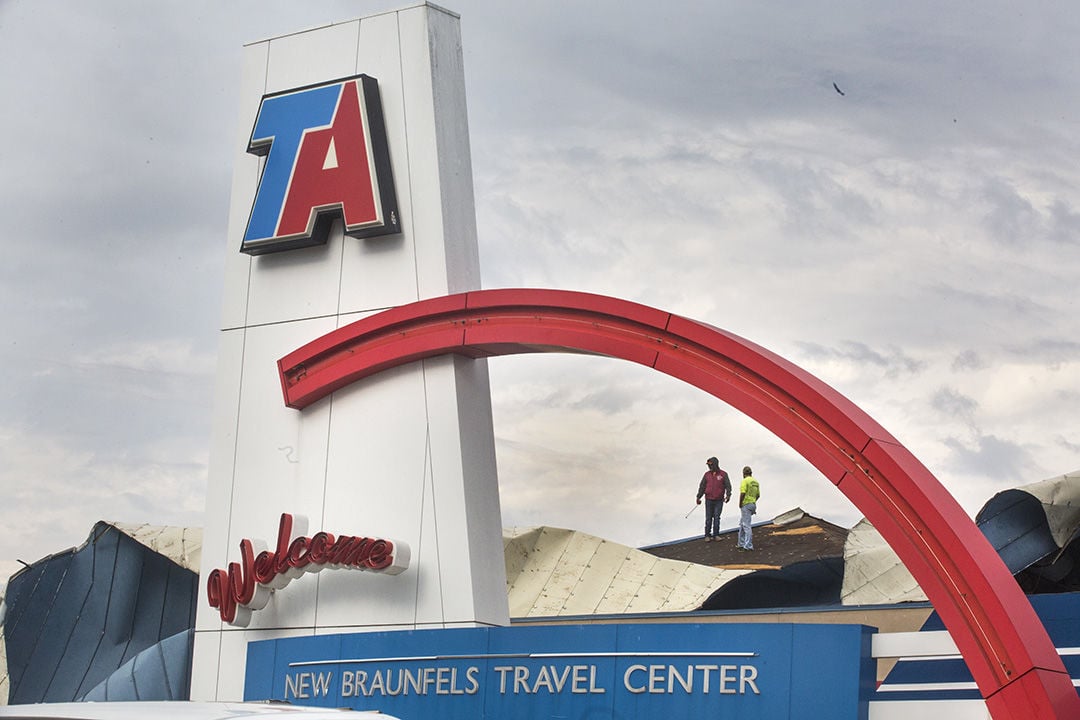 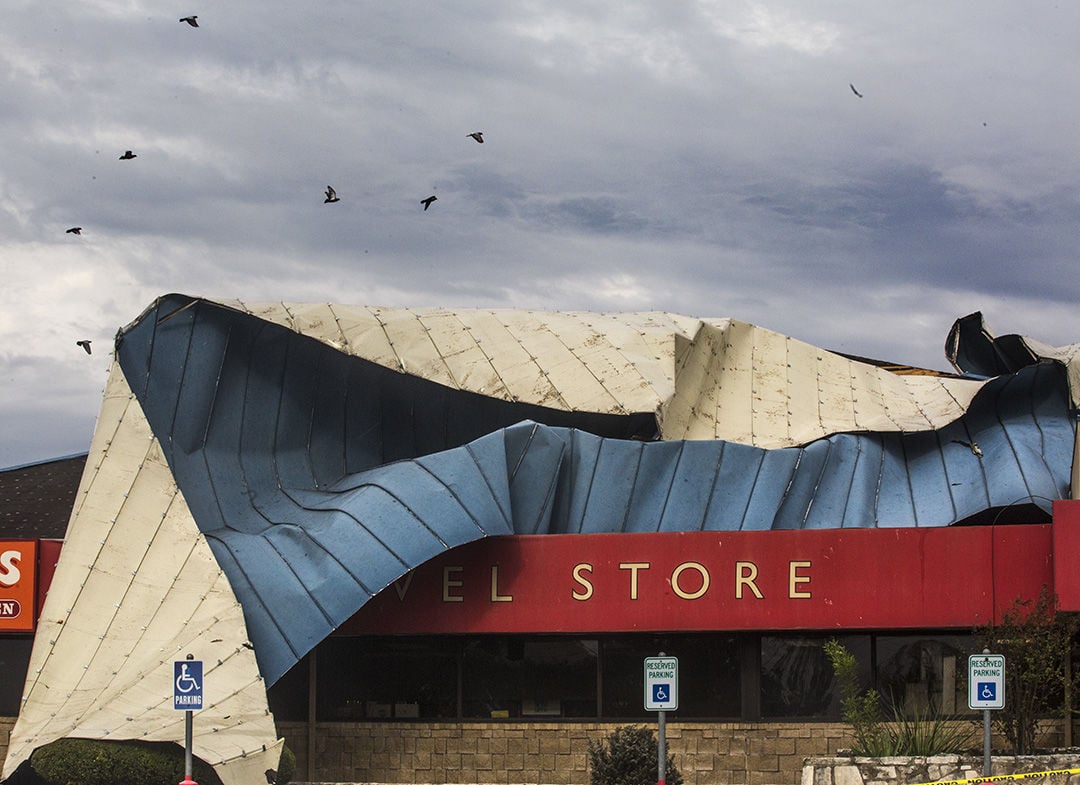 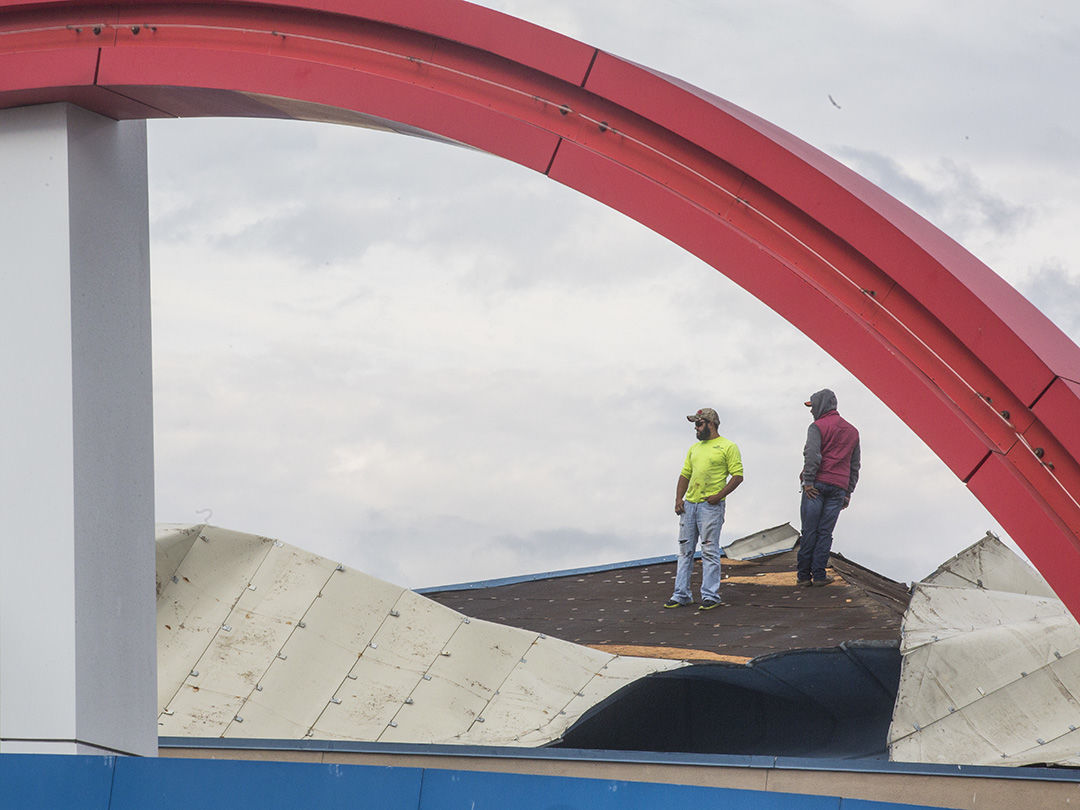 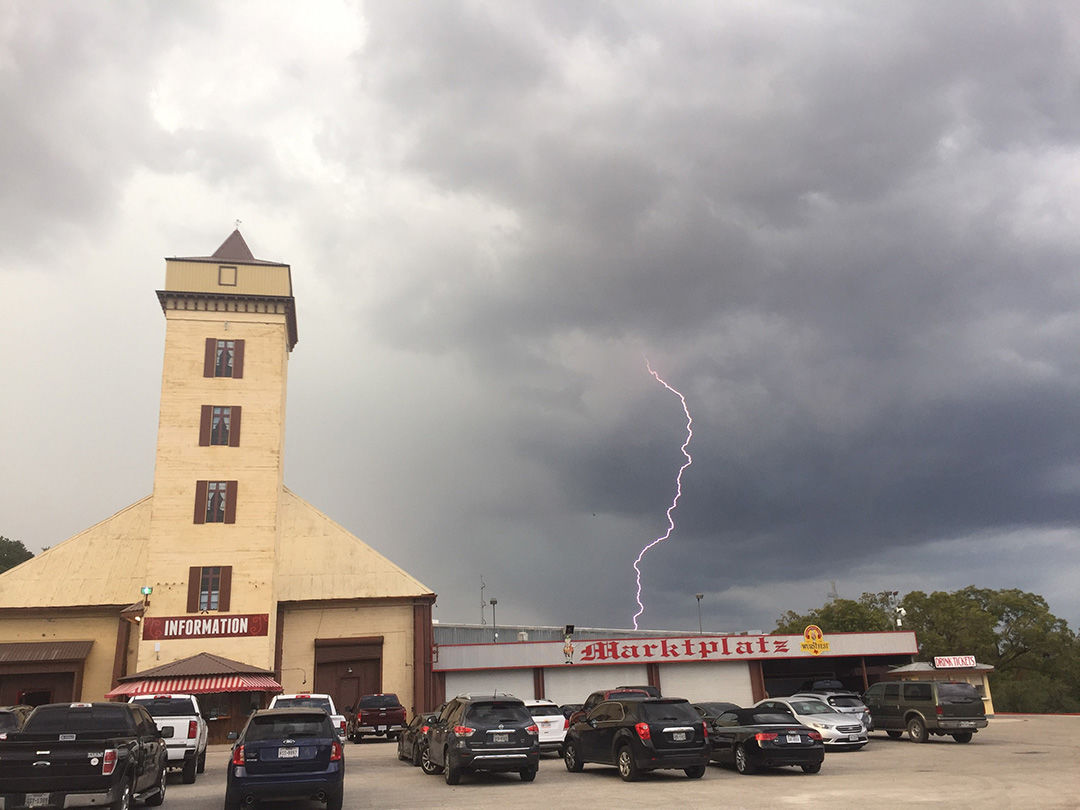 The two rounds of storms that blew through New Braunfels and Comal County between Tuesday night and early Wednesday didn’t produce a lot of rain but included lightning strikes and wind gusts that left their marks throughout the area.

Straight-line winds caused the most damage in town, where the TA Travel Center at 4817 North Interstate 35 lost a section of roof, and toppled a tree into a unit in an apartment complex just east of New Braunfels High School.

Williams said most of the heavy rain had exited the area by mid-morning. He said the airport recorded 0.42 of an inch of rain between 11 a.m. Tuesday and 11 a.m. on Wednesday. The strongest steady winds at times averaged 36 mph.

“It was kind of a mixed bag when it comes to rain totals, with areas in the western part of Comal County totaling between 1 and 2 inches, but about a half-inch for most of New Braunfels,” Williams said. “The highest wind gusts, judging by the radar and wind damage, probably reached 60 mph.”

The last heavy rain reported at the airport was 0.49 of an inch on Sept. 28; the last totaling more than an inch was 1.25 inches during a three-day period on June 4-6, Williams said. The cold front will be short-lived, as Williams forecast high temperatures to rebound into the mid-70s on Thursday and exceed 80 degrees by Friday.

“By the weekend we’ll be up into the mid-80s and reach 90 ahead of the next cold front arriving Sunday night into Monday morning, which will drop highs back into the low 80s,” he said.

“It completely tore off a section of roof there,” he said. “I think the owners estimated the damages in the $300,000 range. I know that some folks believed it was caused by a funnel cloud but it was more likely straight-line winds.”

Cardiel believed lightning damaged a small building at the corner of Landa Street and Fredericksburg Road, with city crews sent to cut down a tree at Gruenewood Villa Apartments, located at the corner of Loop 337 and Castlewood Drive.

“A tree was blown over and landed on an apartment there,” he said. “Fortunately, nobody was injured and they’re removing the tree today. We had investigators out to inspect the building near Texas Tobacco on Landa Street; they determined that was caused by a lightning strike.”

“We received multiple calls for residential alarms that were most likely caused by strong winds,” said Jennifer Smith, CCSO public information officer. “There were also several minor vehicle crashes and traffic hazards to remove debris from roadways within the county.”

New Braunfels Utilities said both rounds of storms led to handfuls of outages throughout its service area.

“We saw multiple outages that were caused by trees and poles being knocked down by the wind, and damaged equipment caused by lightning. We had an average restoration time of 200 minutes and activated two additional NBU crews and our contractor to help with the restoration.”

“We didn’t have issues with the storm but people calling in, thinking the burn ban is off,” he said, adding the rains only reduced the county’s average Keetch-Byram Drought Index (KBDI), which measures drought in Texas counties, from 756 to 677.

Klabunde said because the KBDI remains above 500 points, county commissioners will consider extending the 90-day burn ban, issued July 25 and set to expire on Oct. 23, during their weekly meeting Thursday morning.

“It would be nice to tell people they could burn for today only but that would only cause people to start lighting up large piles, which would relight after it gets drier and the winds pick up tomorrow,” he said.

What a wonderful post is it, i am very boom essays happy and i appreciate your effort. You are doing great job.