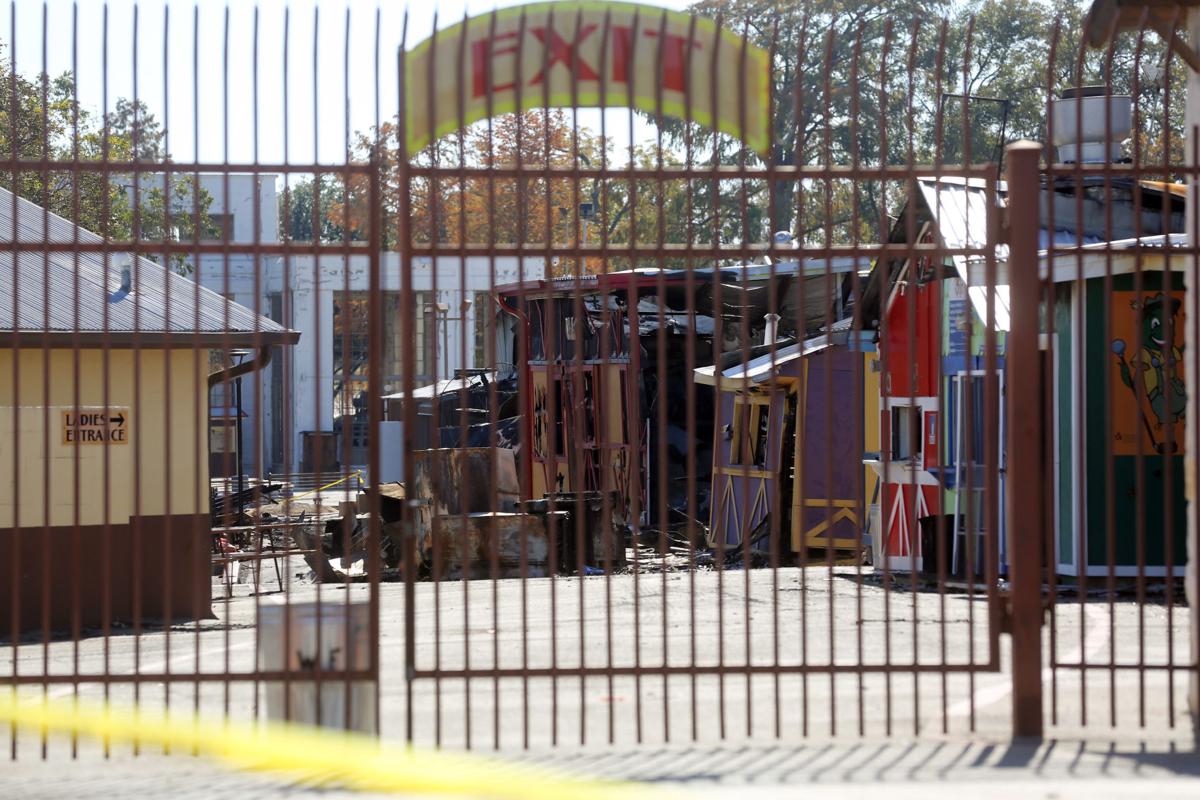 Investigators spent the weekend working to figure out what caused the pair of fires that damaged the Wurstfest grounds on Thursday and Friday. LINDSEY CARNETT | Herald-Zeitung 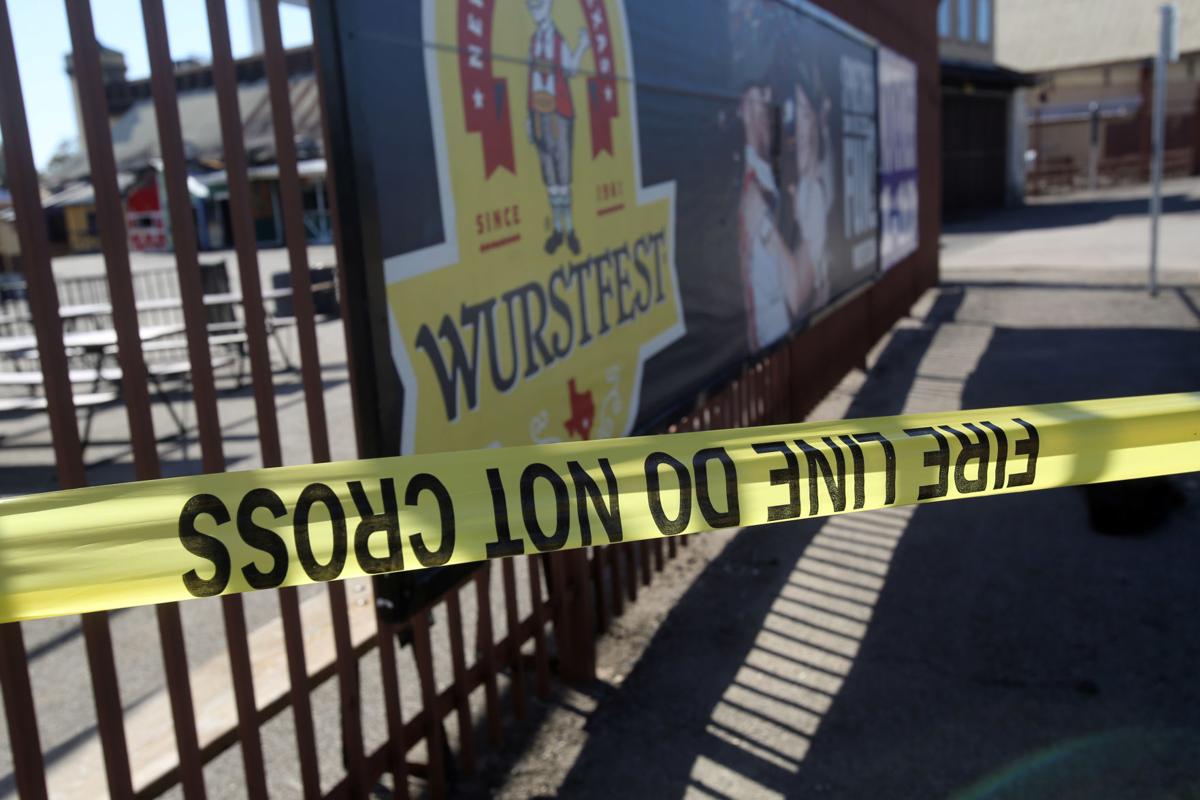 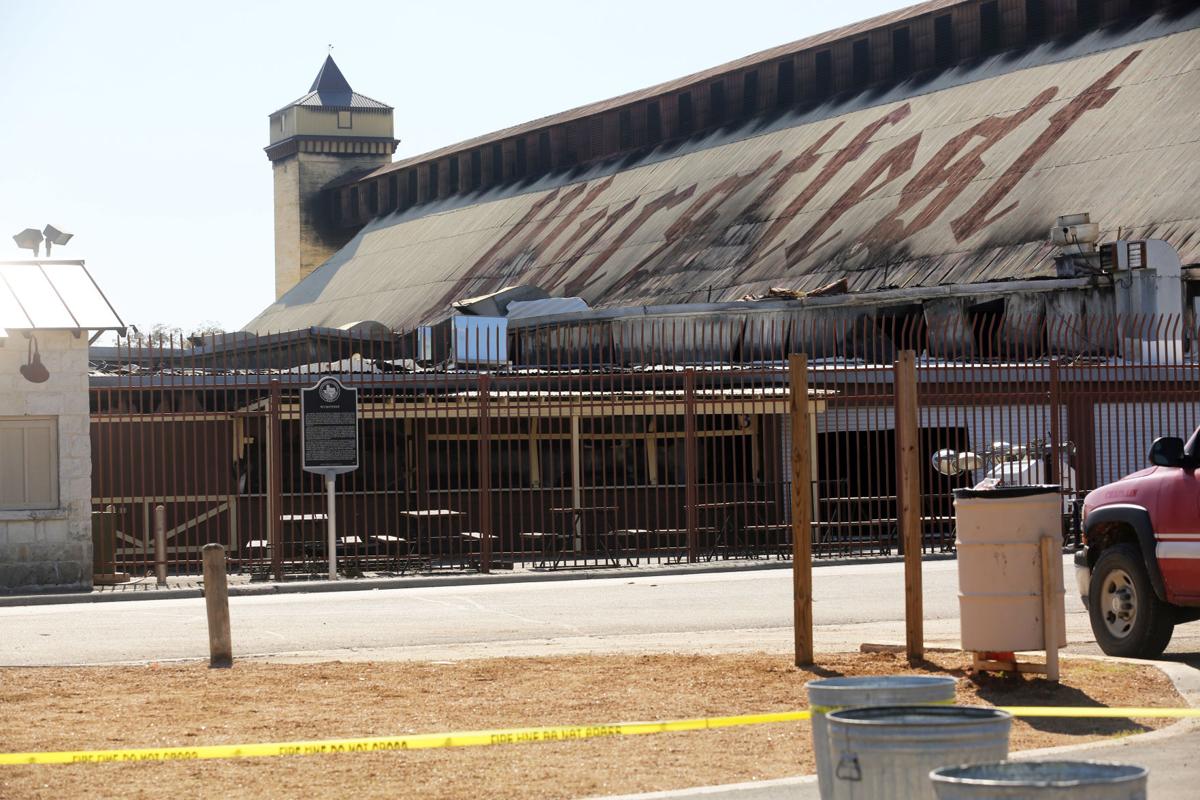 The smoke and fire damage from the Friday morning blaze is evident on the iconic Wurstfest roof with scorch marks from the flames and heat visible. LINDSEY CARNETT | Herald-Zeitung 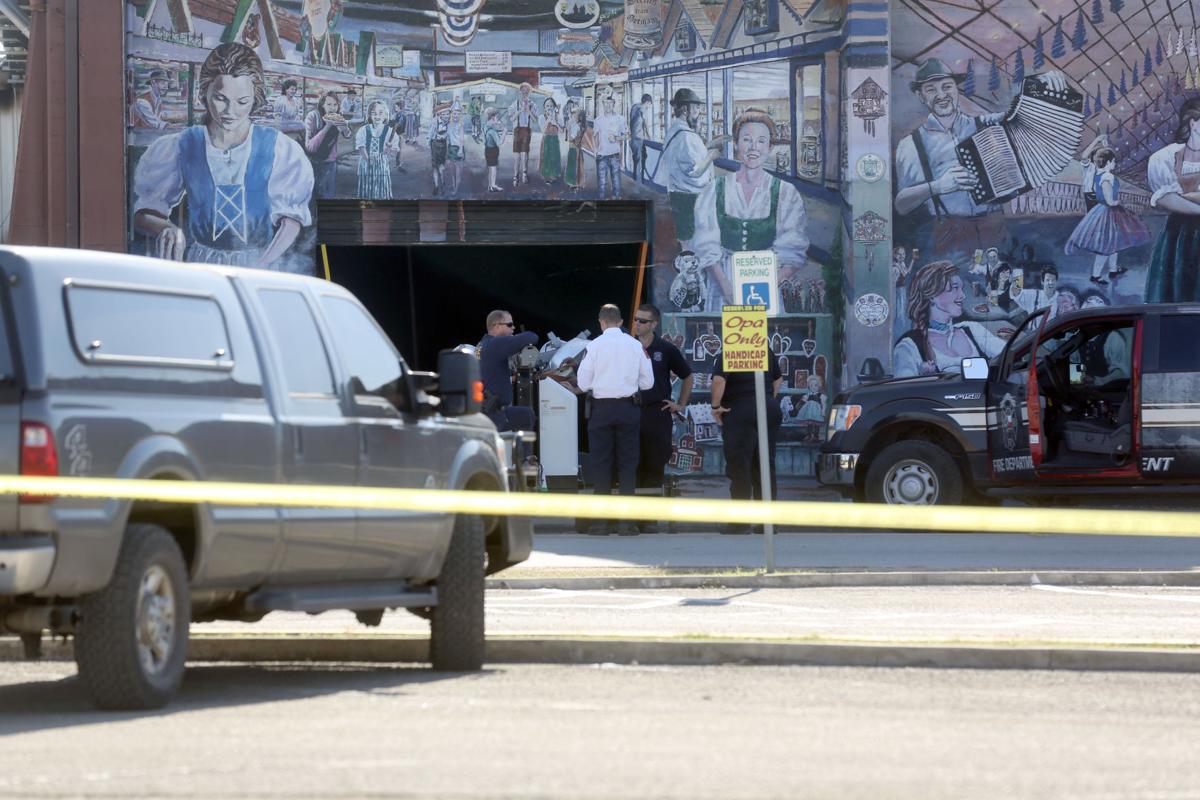 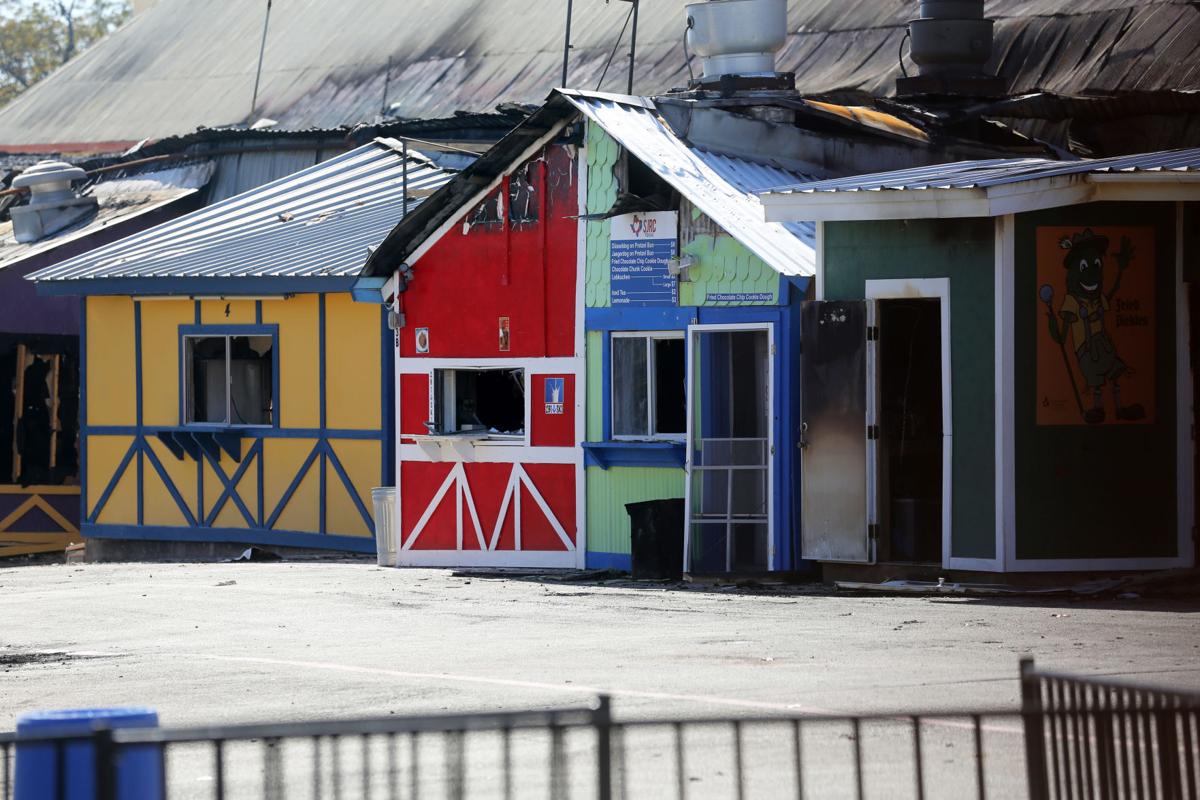 Investigators spent the weekend working to figure out what caused the pair of fires that damaged the Wurstfest grounds on Thursday and Friday. LINDSEY CARNETT | Herald-Zeitung

The smoke and fire damage from the Friday morning blaze is evident on the iconic Wurstfest roof with scorch marks from the flames and heat visible. LINDSEY CARNETT | Herald-Zeitung

Investigators looking into the fire that gutted the Marktplatz vendor area on the Wurstfest grounds wrapped up their probe Monday, labeling the cause as ‘undetermined.’

“We’ve just completed with the state and ATF in looking at all of the issues there,” Ethan Lindner, city fire marshal, said Monday afternoon, adding the cause wasn’t likely arson.

“We’re ruling it undetermined at this time, but we’re not ruling out two possibilities — a faulty light bulb or the improper storage of combustibles next to a heat-producing item.”

Lindner couldn’t place a dollar estimate on damages to the Marktplatz and Wursthalle buildings in the two blazes, occurring within a 12-hour period Thursday night and Friday morning.

The investigation also included members of the state fire marshal’s office and U.S. Justice Department’s Bureau of Alcohol, Tobacco, Firearms and Explosives, both called in due to the venue’s historical significance.

The fire was believed extinguished — causing $50,000 in damages to two vendor booths Thursday night — when it re-ignited Friday morning. The second blaze charred the Marktplatz and threatened to consume the adjacent Wursthalle.

NBFD was called to the first fire at 7:18 p.m. Thursday and worked the scene until they believed it was under control at 7:45 p.m. Lindner said they remained for hours after that.

“Guys were there for several hours after to investigate and look for hot spots,” he said, adding they departed at 10:46 p.m. “They left it secured and locked up with no obvious signs of smoke or heat.”

“It was just an undiscovered hot spot from the first fire that could have possibly been under some insulation that was not detected by our thermal imaging cameras,” Lindner said of why embers from the first blaze weren’t detected before they re-ignited into the second fire. “It could have been in the roof or down below the roof in some of the vendor areas.”

By Friday afternoon, it was apparent the Marktplatz was mostly destroyed.

“The Marktplatz is a not stable; there was a lot of heat damage and it will eventually need to be torn down,” Lindner said. “The Wursthalle has some damage, but not extensive. It has general smoke damage and a little bit of heat damage on one of the interior supports.

“(It) is in decent shape — we’re not deeming it unsafe to be in from the inside.”

State and ATF investigators were on site for more than 12 hours between Thursday night and Monday. About 10 assisted in the probe, Lindner said, with other firefighters helping make sure nothing rekindled.

Lindner said the scene would be released to private insurance company investigators Monday afternoon, with Elizabeth Avenue reopened to thru traffic that evening.

“The Marktplatz has been posted as an unsafe building — the insurance company will be responsible for securing the area during its investigation,” Lindner said, adding the building will be torn down after the private probe is completed.

The Marktplatz had a sprinkler system that hadn’t yet been connected, Lindner said.

“It had the sprinkler system installed, but only the piping,” he said. “They ran out of time to make the full connection . . . construction got too close to the festival (time), and the fire line had to cross over a major underground electrical conduit. (The water connection) just didn’t happen in time.

“Had it been fully functional — and there was a sprinkler head that was literally right over the fire — there would have been very limited damage.”

Lindner said the Wurstfest Association was “being very proactive” in working with the city.

“They were working with us in getting it done before the festival,” he said. “Because they also understood that there was a risk as well.”

What's next? Wurstfest looks ahead

A week after the fire that burned down Wurstfest’s Marktplatz, everyone is wondering — what’s next for Wurstfest?

Wurstfest looking ahead to new construction

With rubble from the burned Marktplatz now cleared from the Wurstfest grounds, work is already underway on raising a new structure.