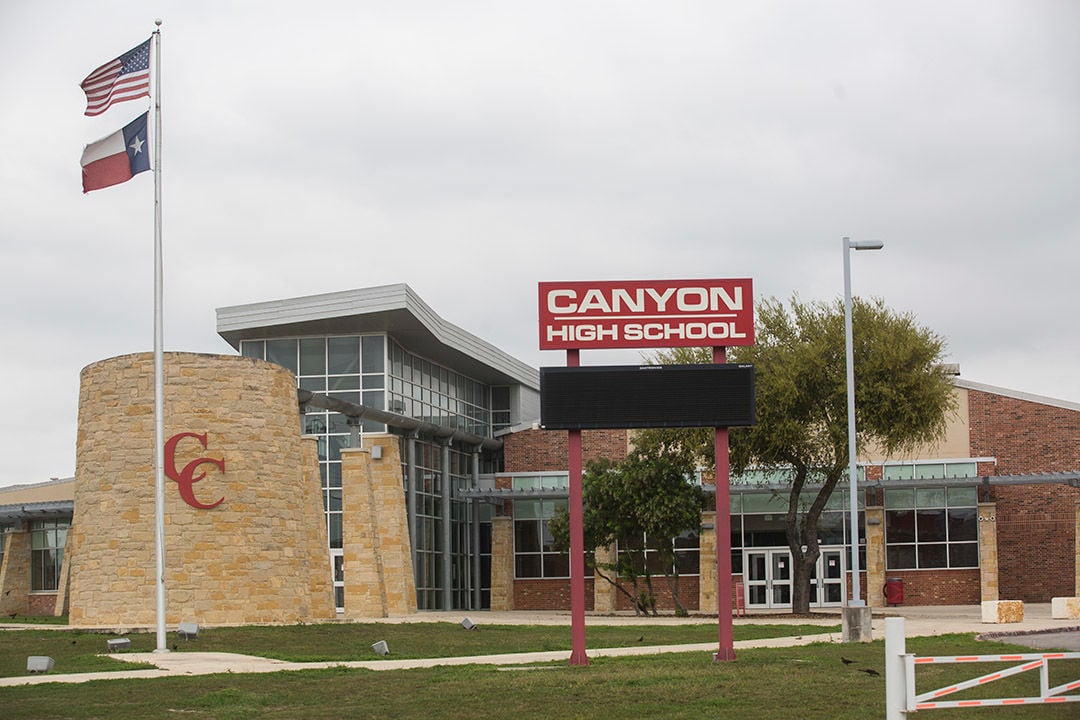 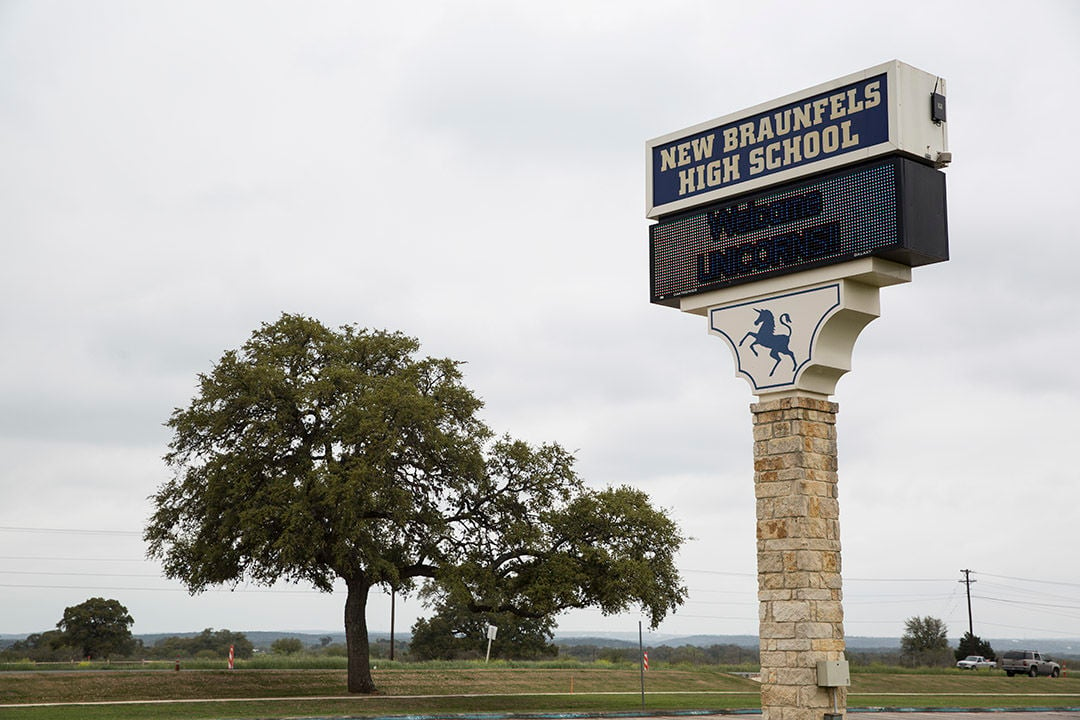 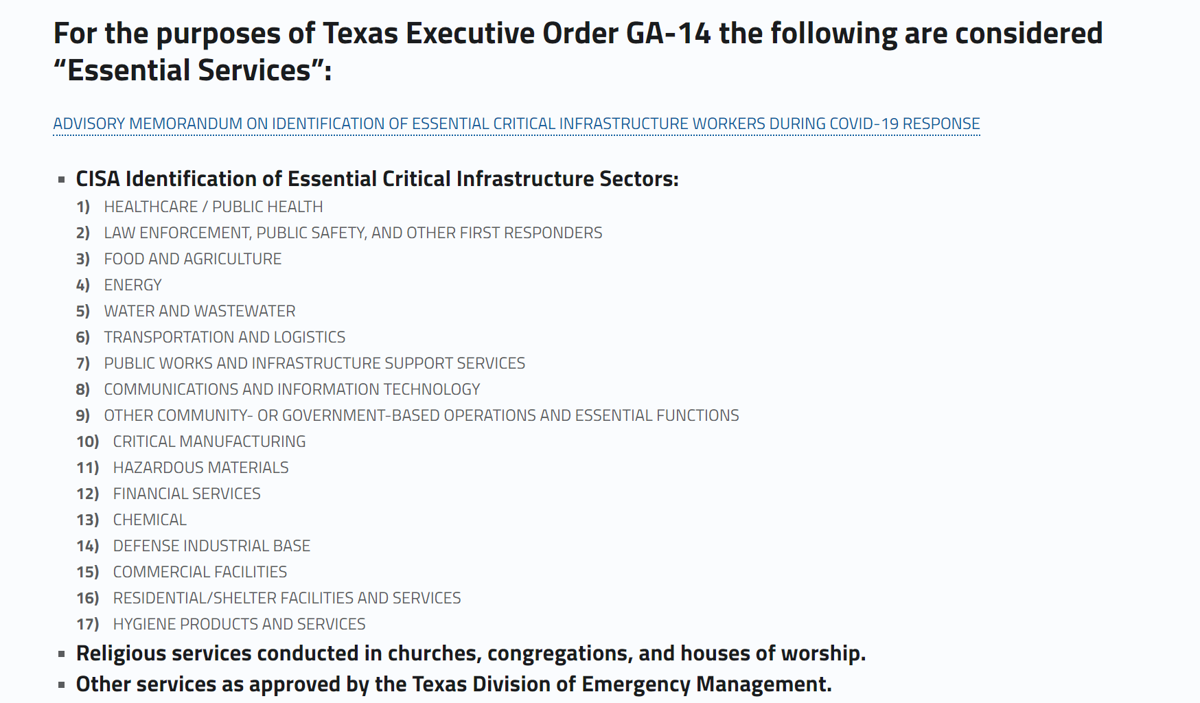 Texas Gov. Greg Abbott on Tuesday ordered a statewide ban on non-essential business operations and enhanced social distancing measures to run through April 30 and extended closures of public and private schools until at least May 4.

“This is not a stay at home strategy,” he said during an afternoon press conference.” This is a standard that is based on essential services and essential activities.”

Abbott’s new orders extended his March 19 public health disaster declaration and executive order calling for statewide precautions against the spread of the COVID-19 virus, which banned social gatherings of 10 or more, closed bars and restaurants to indoor traffic, canceled visits to nursing homes and extended care facilities and closed public and private schools until April 3.

The latest order expands his previous order to include tattoo studios, piercing studios and cosmetology salons. Abbott said local ordinances that are inconsistent with the order can be overruled, but added cities and counties may impose stricter standards.

“I will always remain flexible,” he said about the appropriate standard for Texas, adding those decisions will be based on state and federal health experts.

Earlier Friday, Comal County issued a guidance advisory for businesses and residents in unincorporated county areas. It recommended personal safety measures and best practices for businesses, community-based and faith-based organizations, hospitals, surgical centers and other healthcare providers that would mitigate the spread of the virus.

“The county supports all measures that protect the health and safety of our residents,” Paul Anthony, Comal County public information officer, said of Abbott’s actions. “We continue to remind residents to follow the governor’s orders, maintain social distancing measures and helping prevent the spread of COVID-19.”

“I think we’ll end up extending the closure through the last week of April,” Superintendent Randy Moczygemba said. “Our goal is to make that decision at least two weeks out so families have time to plan for childcare and so our teachers can plan lessons being delivered electronically.”

NBISD trustees on Monday voted to postpone elections for two school board seats from May 2 to Nov. 3. Similar moves could be pending for the city’s charter amendment election and Comal ISD’s $397.7 million bond package.

Texas reported 389 more cases of the new coronavirus Tuesday, bringing the total number of known cases to 3,266. Nearly half of the state’s 254 counties have reported at least one case.

The state recently reported three additional deaths — in Dallas, Comal and Ellis counties — that increased the statewide total to 41 among 42,992 virus tests conducted throughout the state.

“TMA physicians applaud Gov. Greg Abbott for following the science and preventing Texans statewide from gathering — and potentially spreading this coronavirus,” he said. “The fewer people exposed to COVID-19, the stronger our ability to overtake this disease without overwhelming our hospitals, physicians, nurses, and health care system.”

Abbott’s executive order can be enforced by any law enforcement officer in the state. Violators are subject to fines, up to 180 days in jail and ordered under quarantine.

The Texas Tribune contributed to this report.

Why are the school districts not offering on-line instruction?